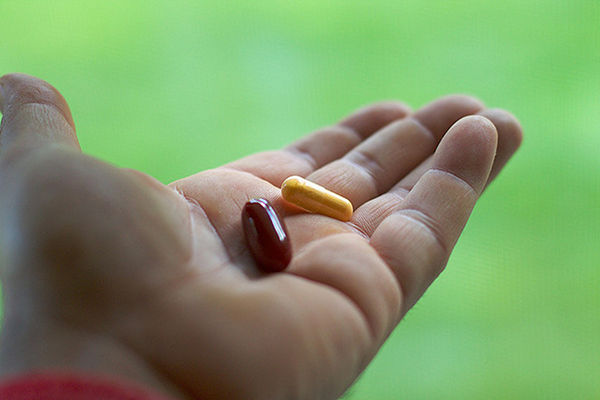 For almost all of human history, humans got their vitamin D from sun exposure. In fact, before the days of fortification, it would have been pretty hard to get enough from food. The only food sources were certain fatty fish, and you would have had to eat a lot of them to meet vitamin D needs.

Even the most common fortified food in the U.S. diet—cow’s milk—doesn’t have enough vitamin D to meet daily needs. It takes 1 ½ quarts to provide the vitamin D RDA. (The same is true for most brands of fortified milks made from almonds, hempseed, rice, and soy.)

Not getting enough vitamin D might do more than weaken your bones, too. Vitamin D deficiency has been linked to increased risk for multiple sclerosis, muscle weakness, cancer, and depression.

The American Academy of Dermatology recommends getting vitamin D from foods and supplements rather than sun exposure because of the risk of skin cancer. In fact, getting enough vitamin D from sun light can be difficult for modern humans anyway. While light-skinned people can make enough with 10 to 15 minutes of sun exposure per day (in the middle of the day and on a day when sunburn is possible), the darker your skin, the more sun exposure you need to make vitamin D. It gets harder to make enough vitamin D with advancing age, too. And anything that blocks the sun’s UV rays, like sunscreen or clouds, interferes with vitamin D synthesis.

In many parts of the world, it’s impossible to make enough vitamin D during the colder months, too. While tanning beds are sometimes recommended as an off-season sunlight replacement,  many of them emit the type of UV rays that raise cancer risk without making adequate vitamin D.

So, although vitamin D is sometimes thought of as a “vegan issue” in nutrition, it’s really not. With the exception of those who eat fatty fish daily—and not too many omnivores do that—vitamin D is hard to come by for everyone. Supplements are the answer for omnivores, vegetarians, and vegans.

Most supplements contain vitamin D3, also called cholecalciferol, which is also the type added to breakfast cereals and fortified orange juice. With rare exception, vitamin D3 comes from animals, usually from fish oil or from the lanolin in sheep’s wool. (The exception is a type of vitamin D3 derived from lichen, produced by the Vitashine company.) Vitamin D2, called ergocalciferol, is obtained from yeast, so it’s vegan. Mushrooms treated with ultraviolet light also produce vitamin D2.

This matters only if you’re taking very high doses of vitamin D less frequently—like a big dose every week or every month. This is the approach that is sometimes used to correct vitamin D deficiency. But for vegans who are taking vitamin D2 pills on a daily basis—in amounts close to the RDA of 600 IUs—this plant-derived form of the vitamin is just as good for preventing deficiency and protecting vitamin D status.