Explain Like I’m 5: Why is Plant Protein Better Than Animal Protein? 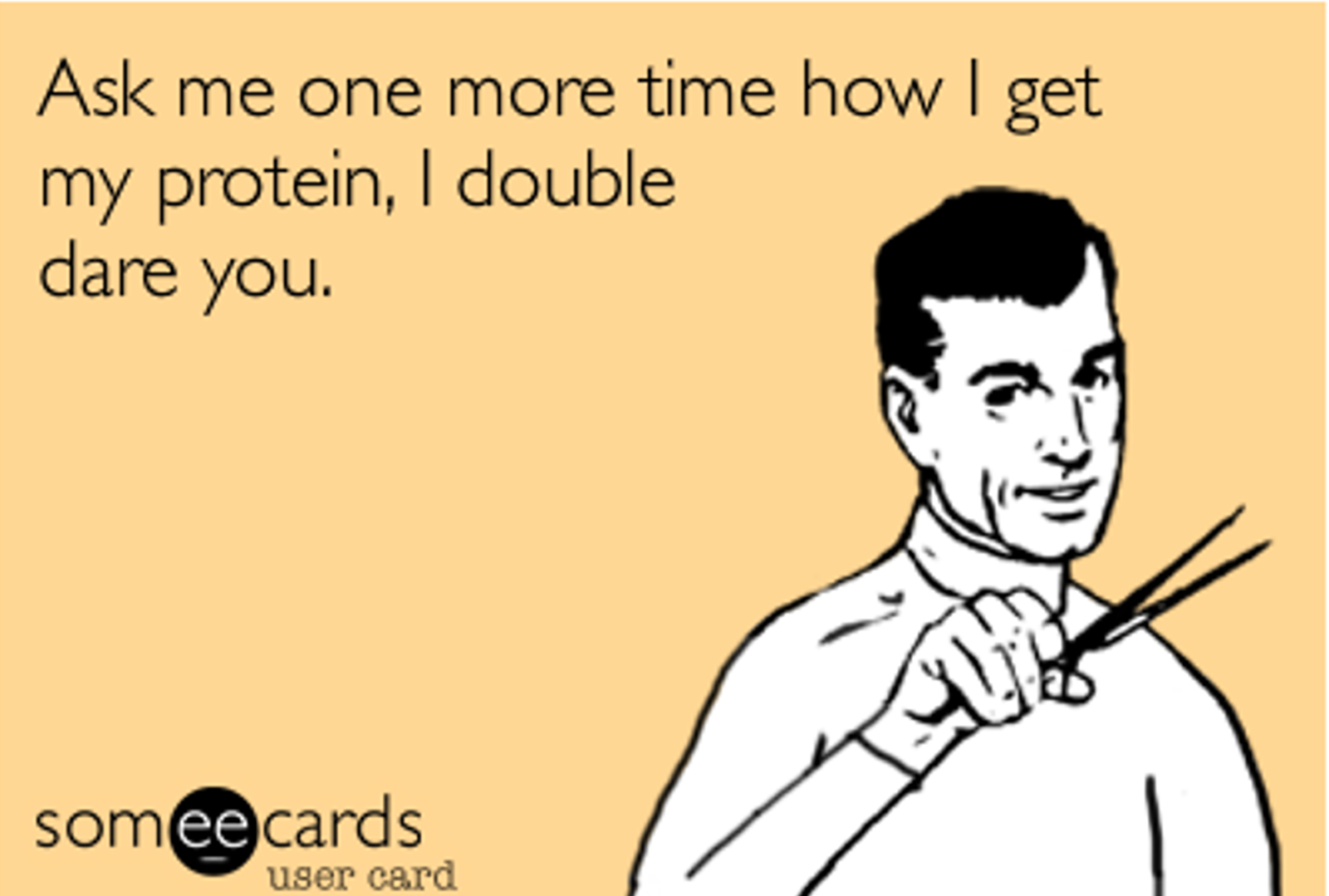 You know what we like? Concise, accurate information about nutrition. True, the topic is fascinating, and important enough that we could pour over each and every bit of literature written about macro and micro nutrients like an English major pours over Austin, Dickens and Yeats, but sometimes we want the bullet points. Let’s face it, some people read the novel and some people read the Cliffs Notes.

This information isn’t a one size fits all, for example pregnant women, people with certain medical conditions and athletes have different nutritional needs than the general population. For everybody else though, here are the absolute basics of why you don’t need animal protein to meet your needs.

1. Humans need .8 grams of protein per kilogram of body weight.

This is not difficult to do, as the average American consumes anywhere between 70 to 120 grams per person. To put this into perspective, 70 grams of protein would be the appropriate amount for a 200 pound person, while 120 grams would be appropriate for someone weighing 330 pounds. The average American man and woman weigh 196 pounds and 156 pounds, respectively. Basically, everyone is getting more than enough. 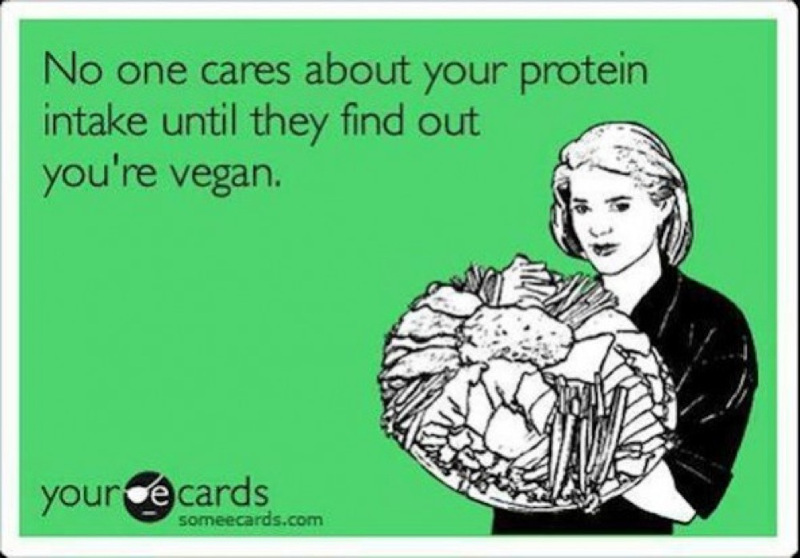 2. Protein deficiency in America is, basically, unheard of.

Malnutrition as a result of inadequate protein happens, almost without exception, in developing countries alone. With approximately 16 million (or 5 percent) of the U.S. population known to be vegetarian, and half of those eating entirely plant-based, protein needs are obviously being met just fine. 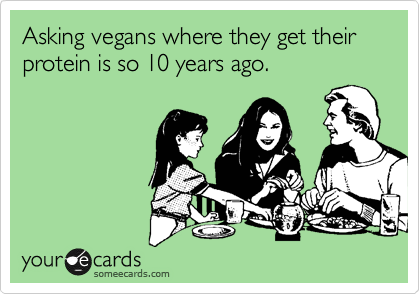 3. Pretty much all plant foods have protein.

Here’s the facts. We need to eat foods that supply us with the nine essential amino acids that our bodies can’t make on their own. Some plant-based foods have all of them (quinoa, buckwheat, soy, chia and hempseed) while others have a mix of some and not others. As long as foods like legumes, nuts, seeds, whole grains, fruits and vegetables are consumed daily, you’re getting everything you need and more. 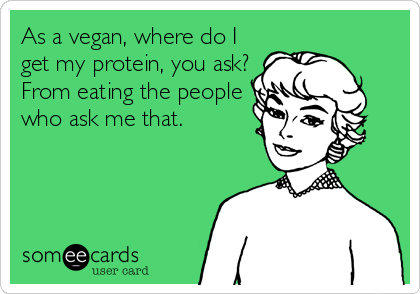 Diets that rely heavily on animal protein are typically also much higher in compounds that contribute to cardiovascular disease, such as saturated fat and cholesterol. Even lean sources are still filled with additional hormones and antibiotics, as well as bacteria, parasites and carcinogens. 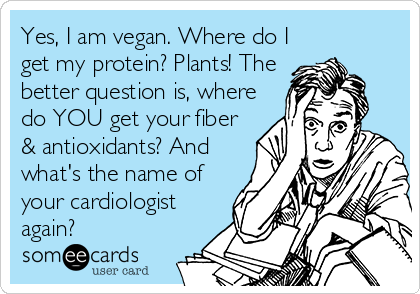 5. Plant proteins offer a “Buy one, get these free” special with antioxidants, fiber, minerals, vitamins and phytochemicals.

Using quinoa as an example, 100 grams provides 14 grams of protein along with 25 percent of the RDA for both iron and vitamin B6 and almost 50 percent of the RDA for magnesium. It also packs 563 mg of potassium. The same measure of beef comes in at 26 grams of protein, and only 14 percent iron, 20 percent B6, a paltry 5 percent magnesium and 318 mg of potassium. It’s also double the fat at 15 grams with 90 mg of cholesterol, while quinoa has just 6 grams of fat and zero cholesterol. 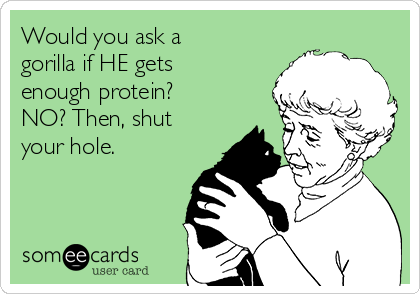 Curious about how to get protein on a plant-based diet? Check out these handy resources:

If you like articles like this and want more, we highly recommend downloading our Food Monster App, which is available for both Android and iPhone, and can also be found on Instagram and Facebook. The app has more than 8,000 plant-based, allergy-friendly recipes, and subscribers gain access to ten new recipes per day. Check it out!