How to Make a Mandala Garden 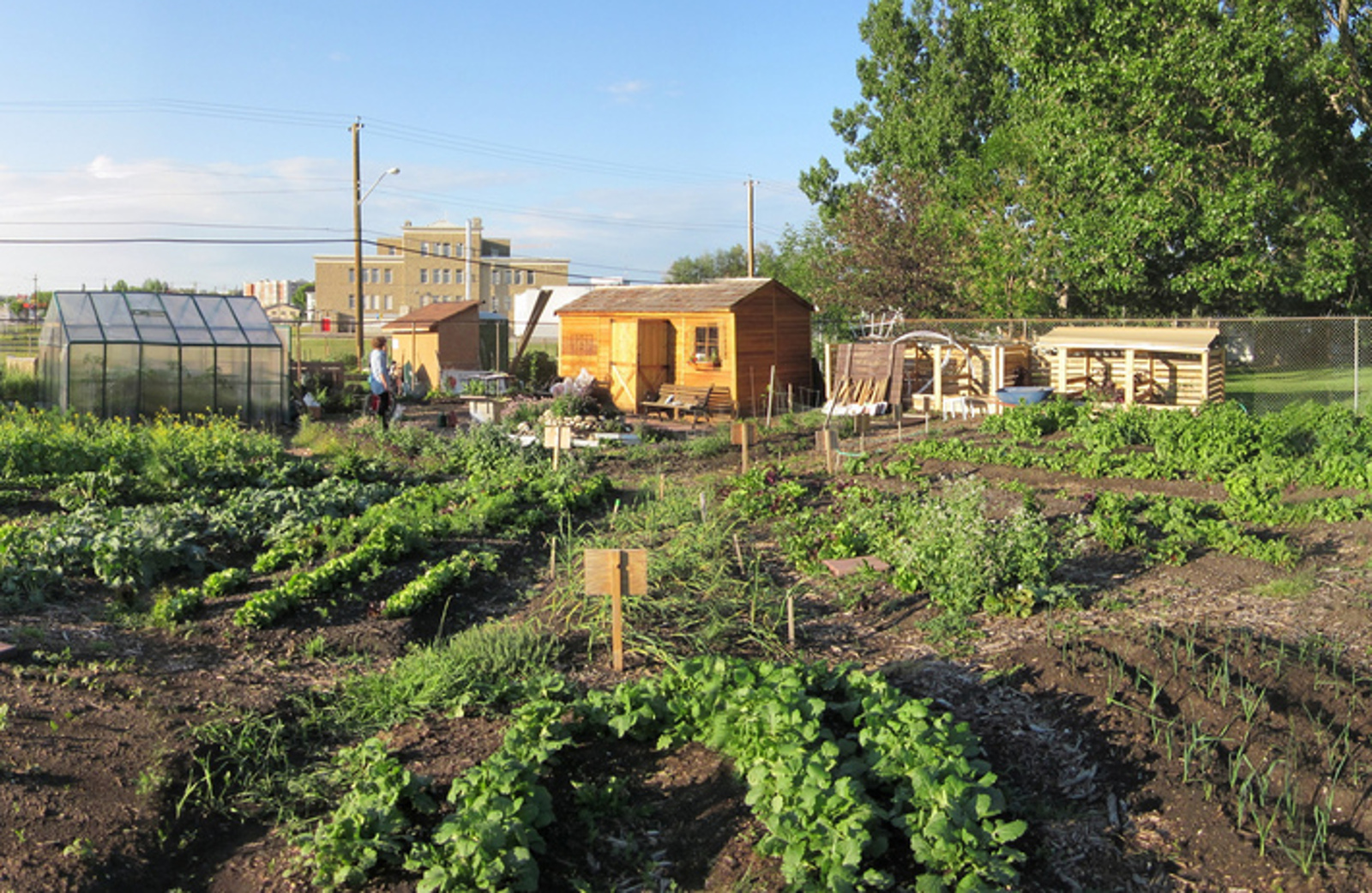 Mandala gardens are a great way to grow vegetables, and they are very well-suited for most suburban backyards. Not only are mandalas an attractive technique to arrange garden plots, but they are specifically good for providing different microclimates while using space efficiently. With only about 100 square feet, it’s possible to grow an abundance of assorted veggies for your home.

Before we begin the actual design plan, it’s important to choose a good site. Mandala gardens work best on flat spaces, and for most garden vegetables, full sunlight is recommended. Permaculture zoning would suggest that such a garden should be as close to the kitchen as possible, such as right off the patio. Once the site is chosen, it’s time to begin marking the layout, gathering materials, and creating. 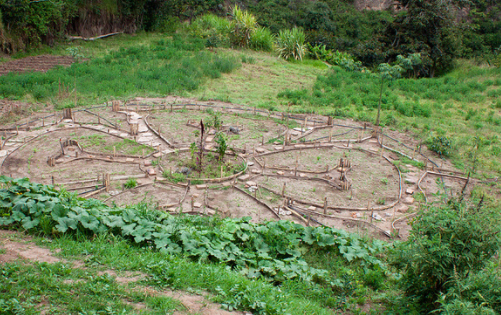 For this particular design, we’ll start by marking out three of circles. Put a stake in the center of the garden. After that, using a piece of rope or string that is a foot long, mark out a circle that goes around the center stake. Then, using a two-foot piece of string mark out another circle around that. Finally, the third circle should be created with a five-foot length of string. The inside circle will be a garden bed, surrounding it will be a foot-wide path, and around that there will be the main garden.

After the circles are established, it’s time to chose where the entranceway will be and mark that out, making it roughly a foot wide. Generally, mandala gardens have keyhole entries to make the vegetables easier to reach for tending and harvesting without stepping on the beds, which compacts soil. In this case, mark four or five evenly spaced keyhole accesses from the path going into the large garden bed. The idea is that all areas of the garden should be accessible from the center without stepping on the bed itself.

Instead of digging and tilling, we are going to use no-dig garden method called sheet mulching. In order to do this, we’ll need enough cardboard boxes or newspapers to cover on the growing spaces, one layer of cardboard being enough or about four layers of newspaper. We’ll either need manure, fresh grass clippings, or compost, enough to cover the garden with an inch layer twice. We’ll need a lot of seedless hay, straw, or shredded leaves. We’ll need enough topsoil or compost to create a two-inch layer on the gardens. And we’ll need access to water.

Obviously, for it to be a garden, we’ll also need a collection of either seeds or seedlings, and this bed is really good for mixing and matching what is growing, creating a bio-diverse collection of companion plants that will form symbiotic relationships. Including some culinary herbs will help with controlling pests, and having perennial plants in the mix will mean that the garden won’t ever be empty between growing seasons. 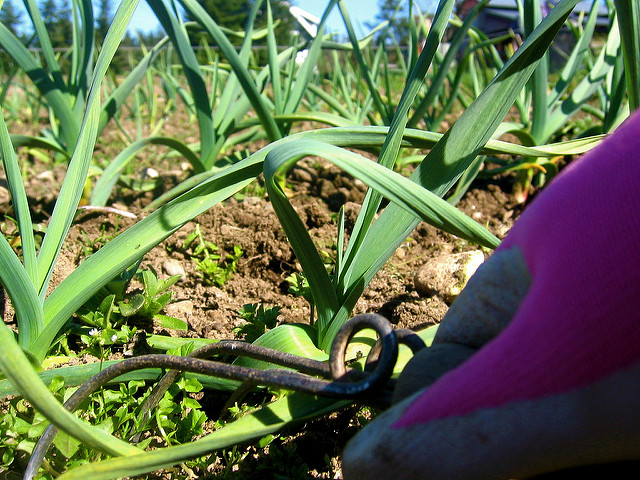 To make the garden beds, begin by cutting down any tall vegetation and simply letting it fall and stay within the growing space. Then, cover all of the growing spaces with a thin — about one inch — layer of the nitrogen-rich element, which is the manure, fresh grass clipping, or compost. Water it in then cover those areas with cardboard or newspaper, leaving no gaps anywhere. This will prevent weeds and attract earthworms. Atop the cardboard, add another one-inch layer of nitrogen-rich material and water it again. Then, it’s a six-inch layer of hay or straw, followed by a two-inch layer of topsoil, followed by another two to four inches of hay, straw or shredded leaves.

With the seeds or seedlings, it will be very simple to plant them. Wherever something is meant to go just clear a spot in the hay and fill it with soil before putting the seed or seedling in. Be aware of where things are going, noting that a tall plant might block sun from a small plant and that some plants don’t particularly like to grow together. It makes good sense to do a little research and map out where each particular family of plants will go before putting them in the garden.

The secret to a lasting garden is keeping it mulched well, about a two-inch layer, which will help with preventing evaporation, erosion, and weeds, all the while slowly breaking down to provide food for the plants and vital soil life. For the areas of the garden dedicated to growing annual vegetables, be sure to rotate them to help with controlling pests and diseases. The simple design can provide a lot food and beauty in the backyard.