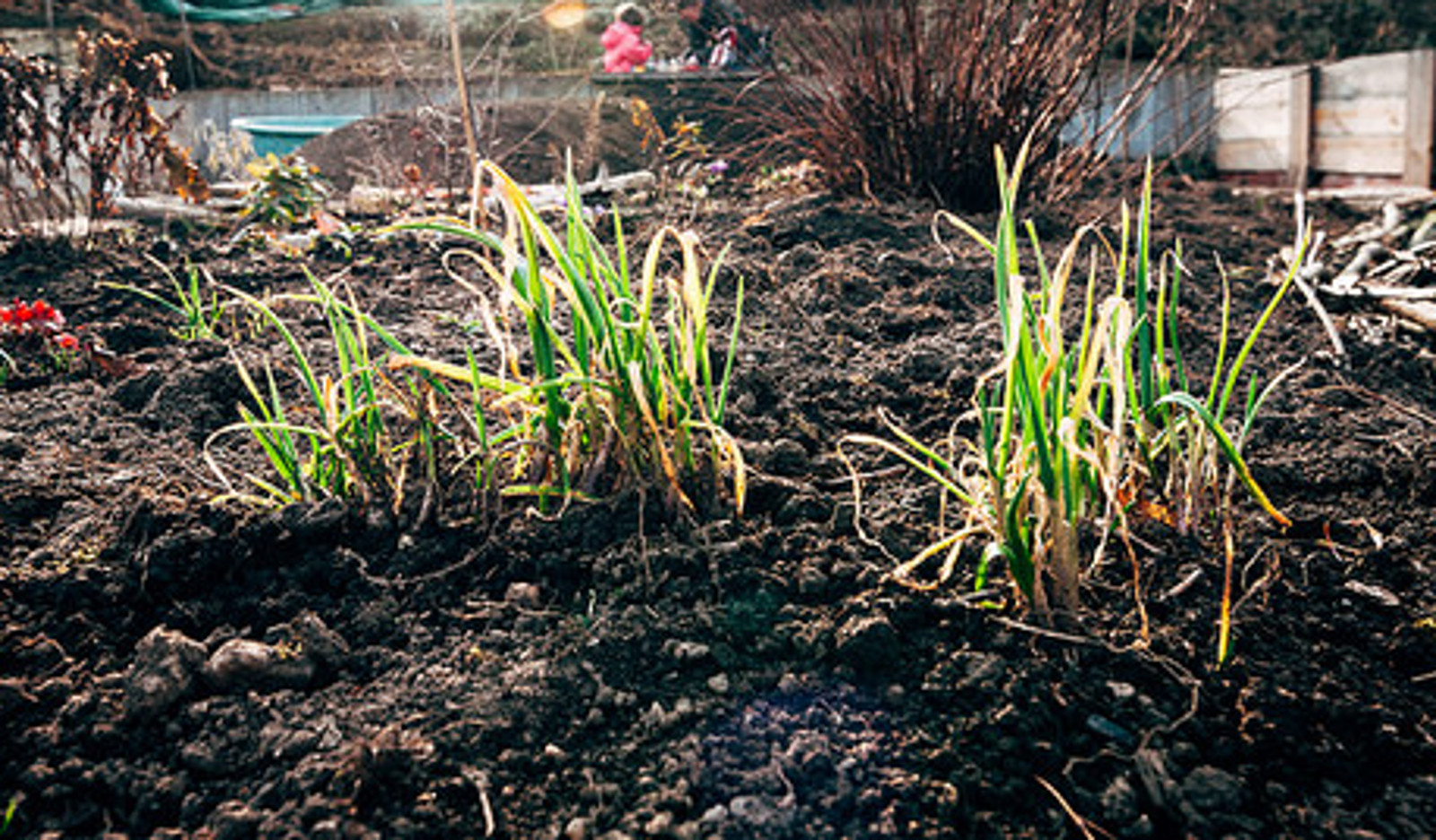 Gardening at home is a wonderful new hobby to take up. It provides beautiful and bountiful surroundings to enjoy, with flowering squash plants and bean vines tangling their way up posts or railing. Gardening is also an activity renowned for putting people at ease, and the burst of fresh air and plants doesn’t hurt, either. Oh, yes, and for those with an edible lawn, there can be a whole lot (that’s wordplay!) of food for the taking.

But, those may not even be the best things about gardening because, in the right hands, with the right mindset, gardens can also be a great way to reuse our garbage. Hell, voracious gardeners might even find themselves using other people garbage as well. See, gardens are a great way to take something that is detrimental to the planet — trash — and turn it into something that is amazing: plants.

These days, due to the fact that such a small percentage of us actually grow any of our food, people are simply tossing away perfectly good plant food and garden fodder, and bold, thrifty gardeners with a mind to save some cash and create a great growing environment can slyly sweep in to make the most of it. There’s a lot to look out for.

When someone is cutting the grass, weeding their beds, and at the end they plan to put it all in a bag to send it away to some far off land where it won’t be doing anyone any good. Well, that’s just crazy. Fresh grass clippings, especially the lawn variety, which have rarely gotten so long as to go to seed, are fantastic for putting in garden beds, as they’ll deliver a good boost of nitrogen for plants. Weeds will do they same, or if they’ve gone to seed, just throw them in the compost bin. Tell the neighbors that you’d be happy to take that stuff off their hands.

Dried Up Leaves and Fallen Branches

Again, people tend to labor over piling all of these items, putting them into trash bags (Ah! Plastic alert!) and then sending them off to the landfill abyss. It makes no sense. Leaves and branches make for fantastic garden mulch or even better leaf mold. To mulch, simply put them around the garden beds, allowing the plants to pop through, and they’ll prevent weeds, protect the soil from drying out (or getting beat to death by rain), and eventually break down into something nice. For leaf mold, make a bin for them to mellow in for a year or two. By now the neighbors will be looking at you funny. 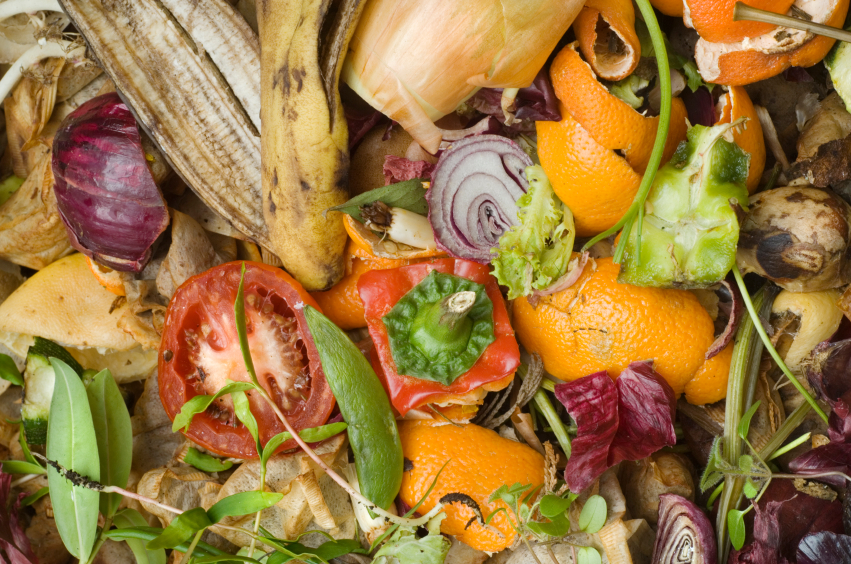 To a garden, sending vegetable and fruit scraps to the dump is simply lunacy. Of course, they make for a useful, nitrogen component to composts, and composts is simply a sensible way of turning waste into wondrous soil. But, another great aspect of fruit and vegetable scraps is that often the parts we throw away are the means by which to grow another crop of whatever. Pineapple tops make new pineapples. Seeds from melons, cucumbers, tomatoes, and whatever fruit and veg have seeds mean a new plant is possible. With herbs, the leftover stem in some water might just grow new roots and give you an entirely new plant. So, pay attention at farmer’s markets, supermarkets, and familiar restaurants.

The Remnants of That Hot Morning Beverage

Used coffee grounds and tea leaves are both knock-out components to have in the garden. They fire up compost bins. They can be used to make fertilizing liquids by brewing another weaker version of that morning’s pick up for the plants. Also, both coffee and tea can be useful for deterring pests from the garden, including slugs and ants. In other words, why in the world would any grower consider that stuff garbage! Talk to the nearby coffee shop(s) and see what they are doing with their spent grounds and old tea bags.

Anything paper is probably a friend in the garden. It’s an easy conclusion really: In the forest, old trees equate to food for new life, and in the garden, it’s the same way. Boxes, old letters, and newspapers can be a stout carbon component to balance out the food scraps for the compost bin (Shred them, and they’ll help to reduce any bad smells, the result of too much nitrogen). They are also great for sheet mulching, the act of layering boxes or paper in the garden bed before covering it a more attractive mulch: leaves or bark or straw or grass clippings. Then, box/paper layers will really help with keeping weeds at bay and attract earthworms. 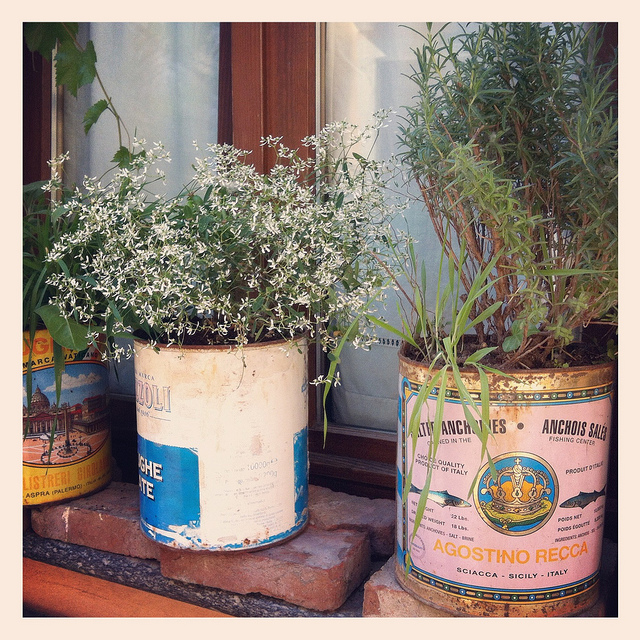 The list could go on. Think about reusing plastic bottles or tin cans as seedling pots or planters or for cool vertical gardens. If it is biodegradable, there is some way to put it to use in the garden. That’s how nature works. What’s more is collecting all of these not so offensive bits of garbage will make keeping the garden in good shape so much cheaper. No need to buy a bunch of stuff for the home center when it’s already at home!