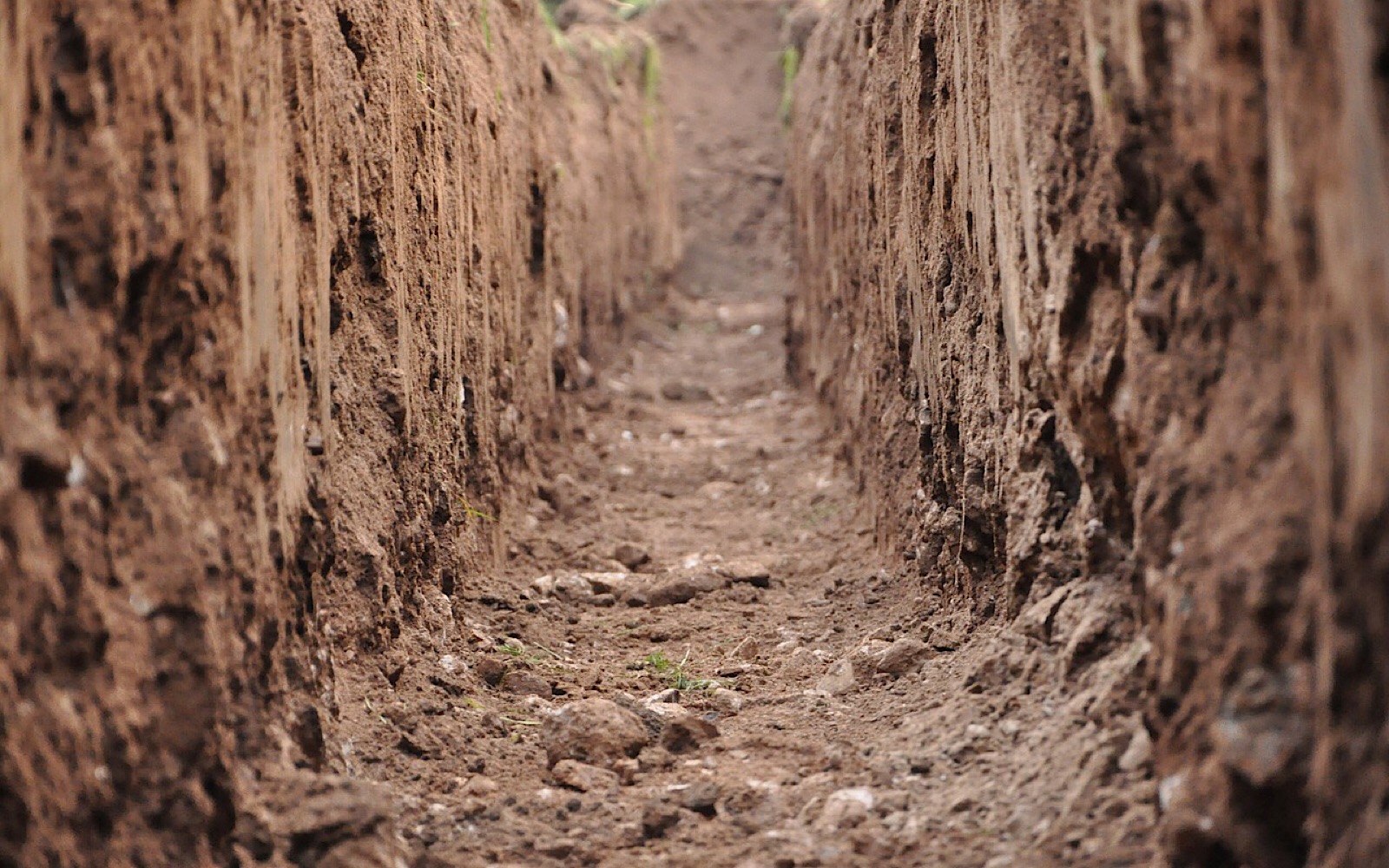 Soil makes a huge difference in the garden. After all, it’s where most plants grow, feed and — to completely pun it — set down their roots. It’s the equivalent to home for us. In other words, the kind of soil a plant has really influences its disposition.

There are several mixed types of soil — loamy, sandy loam, etc. — and a couple of rarely seen rogue soil types, but, by and large, we are working with clay soils and sandy soils. And, these two behave differently in many ways.

The good news is that, whichever soil we happen to get in the garden, there are ways to work with it and make it a nice place for plants. We can think of this work like remodeling. The foundation of clayey or sandy will remain, but with some touch-up paint and some new flooring, the outlook can be a whole lot better for us. 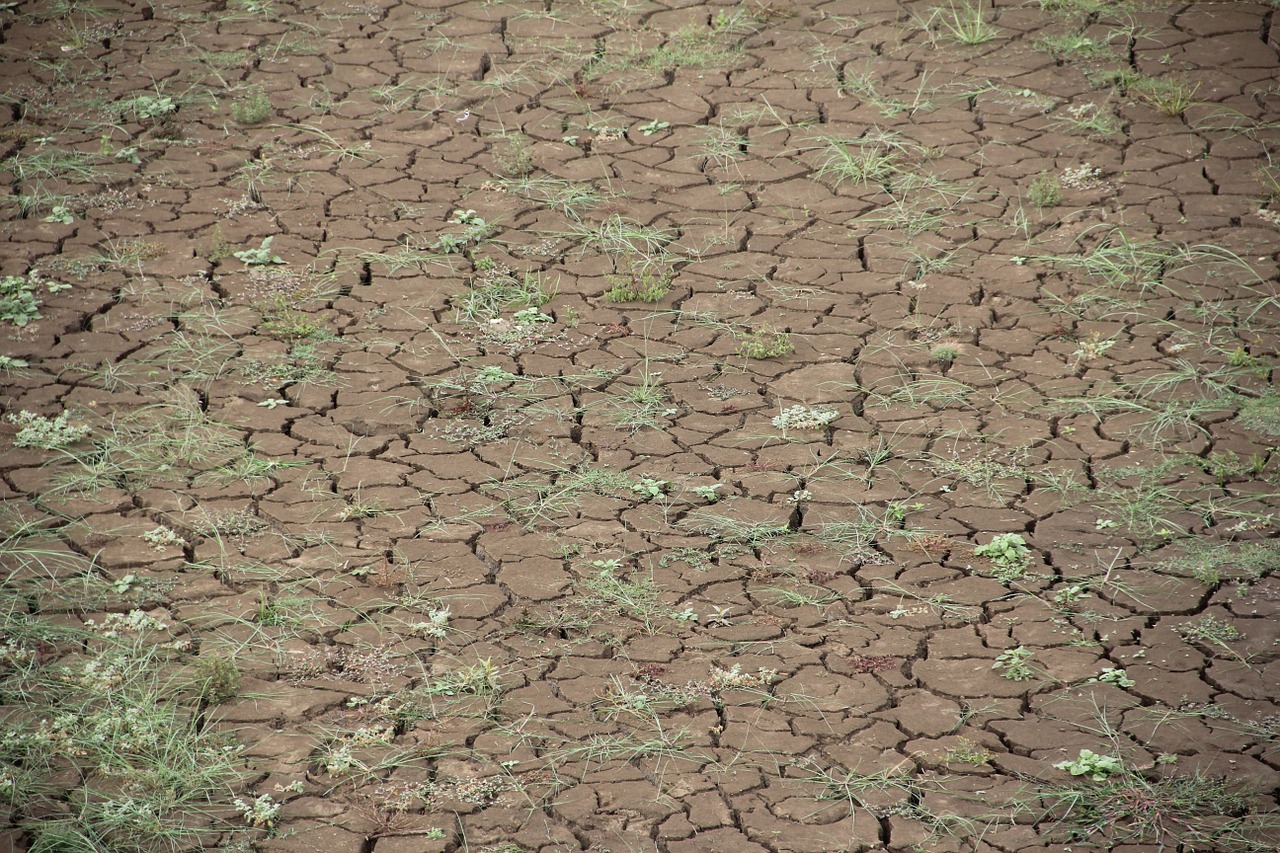 When working with extremes, a shovel full or two will definitively reveal what type of soil with which we are dealing. If it isn’t obvious, there are some very simple tests to get a good grasp on what’s actually beneath our feet. It’s good to have a general idea as to which type of soil is in the garden because the kind of soil should help us identify the kinds of treatments we might employ.

Characteristically, clay soil tends to be fine material that compacts easily. It also doesn’t allow water to infiltrate as quickly, especially after compacted, and that typically means rain runs off quickly. On the other hand, when clay does absorb water, it doesn’t drain well. The water sits in and often atop the clay, which can cause rot problems. The good news with clay soils is that they are usually nutrient-rich.

Sandy soils work another way. The graininess of it will slow down water flows over the surface of the earth, which theoretically would mean that plants get more rainwater. However, this isn’t the case because sandy soils tend to drain really quickly. The good news is that most plants like a well-draining soil. Sandy soils, though, don’t have as much nutrients available.

The Obvious But Wrong Solution 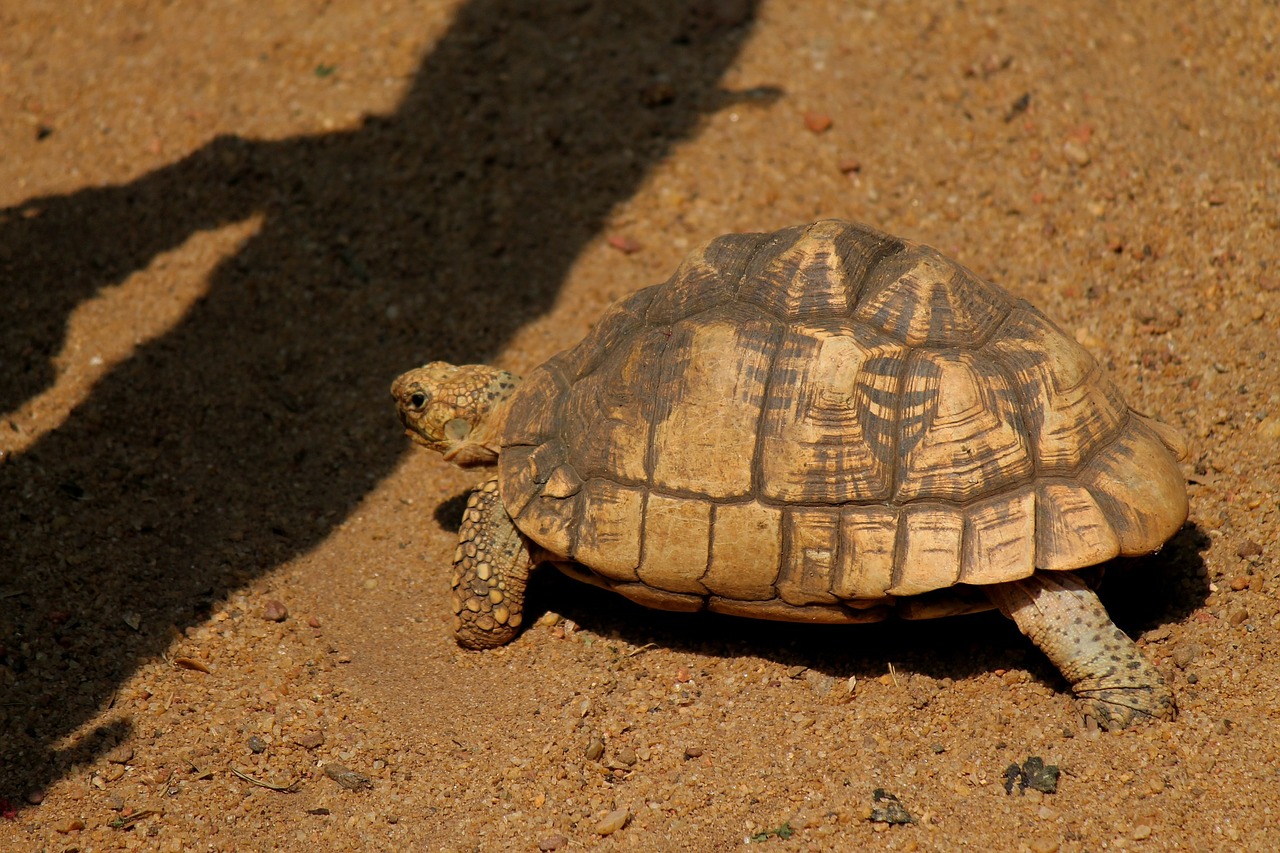 Because these two types of soil seem to have the exact opposite characteristics, the obvious solution might seem to be combining them. But, this is definitely not the right route to gardening bliss.

In general, sandy soils added atop clay soils will slow down water flows on the surface, causing the clay to become waterlogged. And, finer soils atop coarser soils creates an effect something like a sponge, in which the water clings to and saturates the finer soil instead of draining. When mixed together, clay and sand often form something akin to concrete.

In short, using clay soil to fix sandy or sandy to fix clay is not the solution, however apparent it might feel.

What We Need to Improve Our Soils 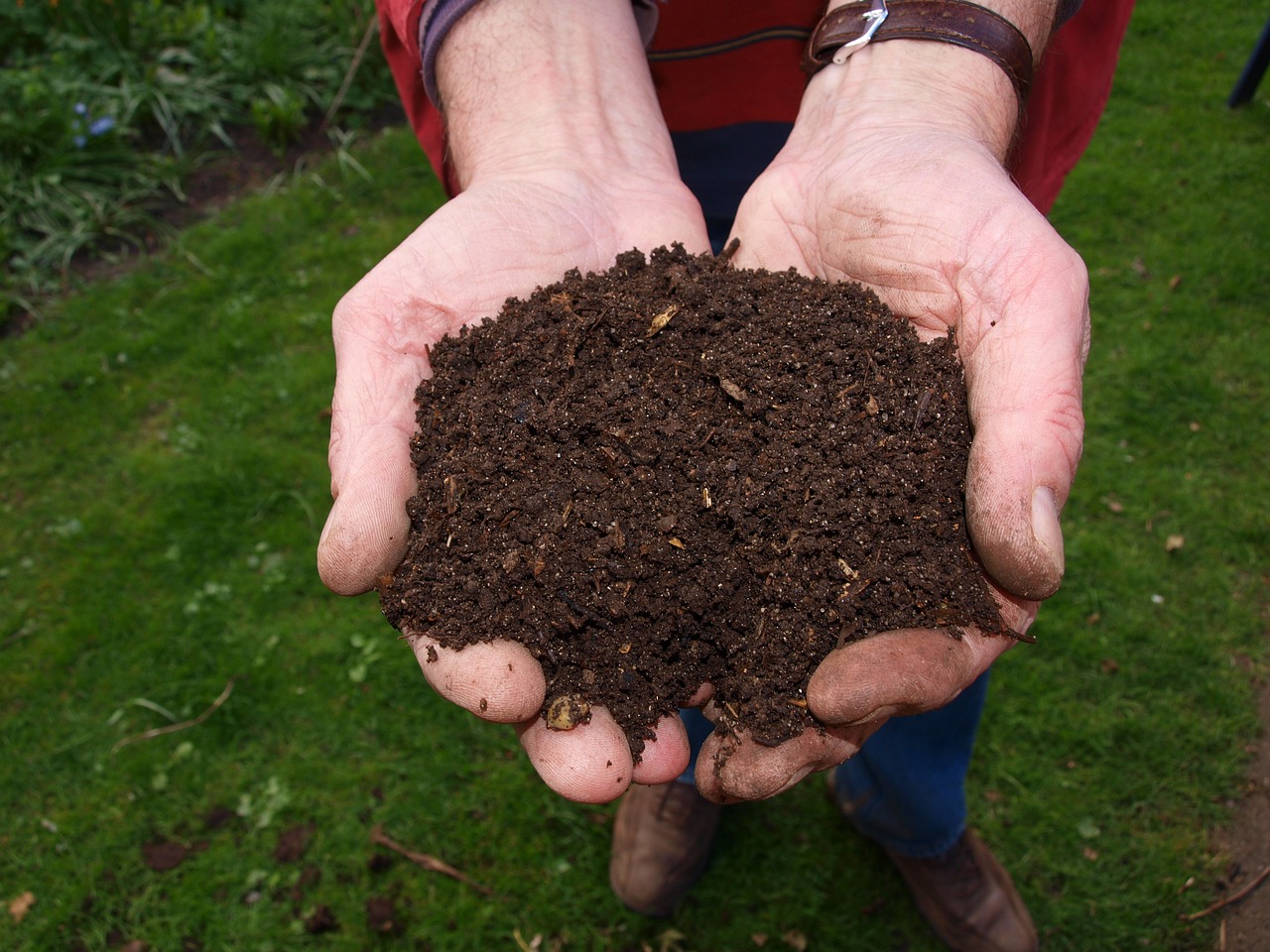 On the positive side, for the most part, the solution for improving either soil is the same: organic matter. Typically, organic matter is added to soil via working a little compost into the first couple of inches, as well as using a nice layer of mulch.

Organic matter tends to slow down water flow. With clay soils, it’ll improve infiltration, but the organic matter will absorb a lot of the moisture rather than waterlogging the clay. This means plants will have better access to air in the soil, and the roots of plants will be able to penetrate the soil better.

Because organic matter likes to absorb moisture, it’s a great amendment for sandy soils. Rather than draining moisture away quickly, the water will stick to the organic matter. Organic matter is also nutrient-rich, so it improves this issue with sandy soil as well.

Using a good layer of mulch helps to protect the soil from extremes of weather, be it drying sun or pounding rain. It also attracts soil life, which feeds on it and then fertilizes the soil as it moves through, making valuable passages for air and water. Plus, mulch prevents weeds while continually adding more organic matter to keep the garden healthy. 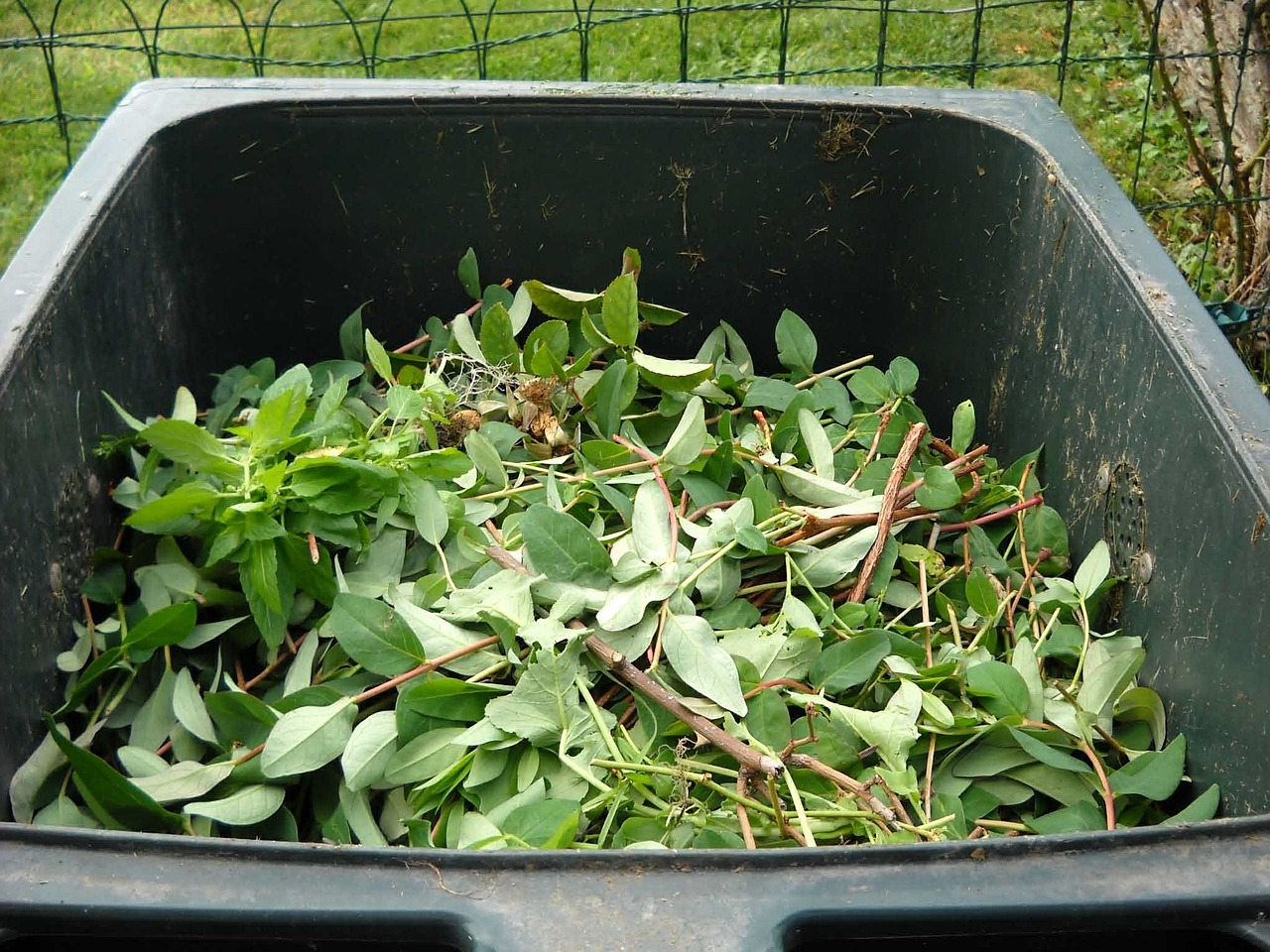 Adding organic matter, compost, and mulch (and even manure), helps us build quality soil, whether clayey or sandy. It’s actually part of the solution to the worldwide problem of soil depletion. So, it is important to not send grass or tree clippings and other yardwork “trash” to the dumpster and, instead, find ways to work it back into the soil cycle via composting and mulching. It’s another way we can go organic!