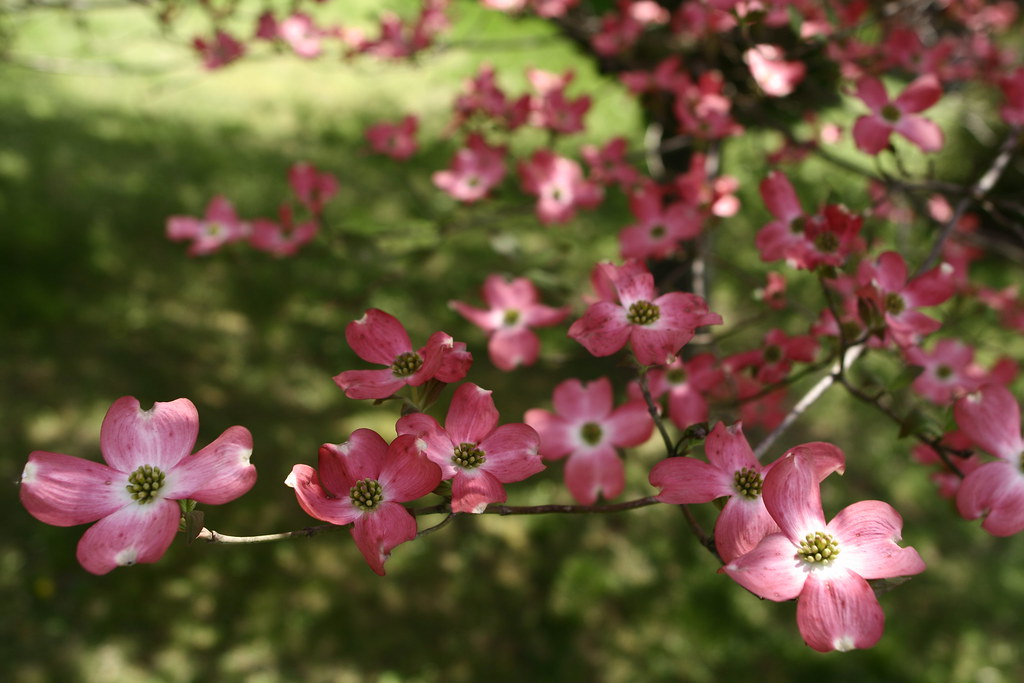 There are so many things that go into making a spring day its most beautiful expression of itself. The sunshine, of course, is paramount, poking through a blue sky to brighten up the world and envelope us in warmth, the daylight extending every so much more each time we see it. The shards of green coming to life, pushing up from beneath the earth, unfurling from barren branches, popping out of the garden mulch. And, the flowers!

Perhaps nothing screams spring quite so vibrantly as the blooms we see, as if those colorful displays—the yellow daffodils, the snowdrops, the irises, crocuses—dotting themselves around the scenery. And, when the trees come to life and their crowns fill with blooms, is there anything quite so captivating as seeing the world come back to life on high!

Here are the trees that’ll give us the good first! 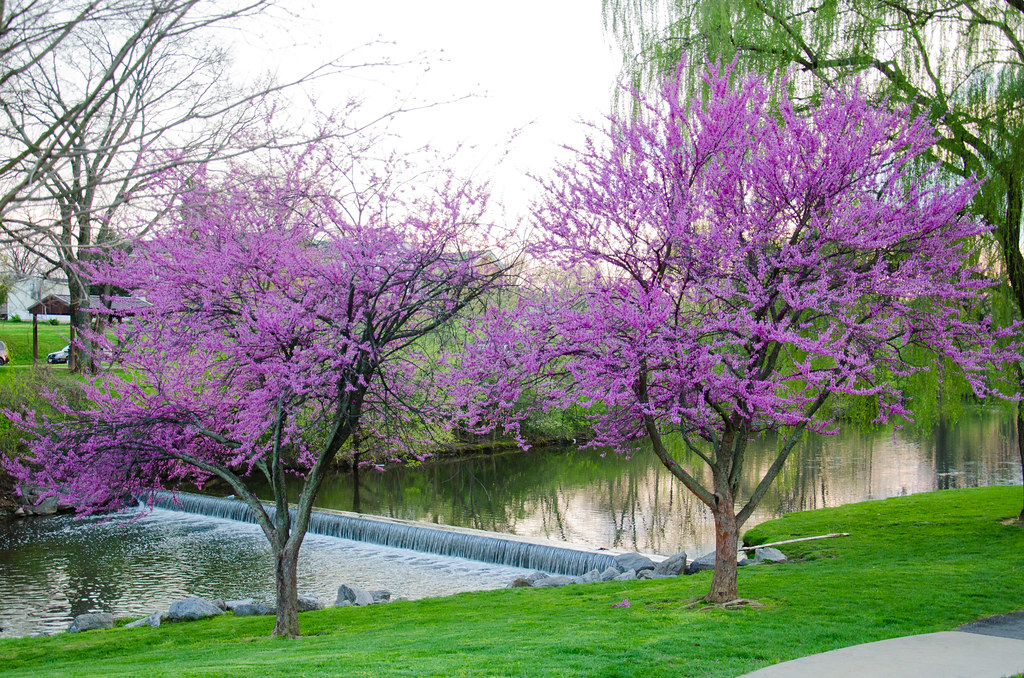 A small tree native to much of the United States, as far west as New Mexico and all the way north into Canada, eastern redbuds bloom as early as March in many places. They have an abundance of stark, pink blooms that stand out on branches that have yet to leaf out. Once the blooms disappear, they are replaced by pretty, heart-shaped leaves that make the tree a good all-around ornamental. Oh, and the spring blooms are edible and high in vitamin C. 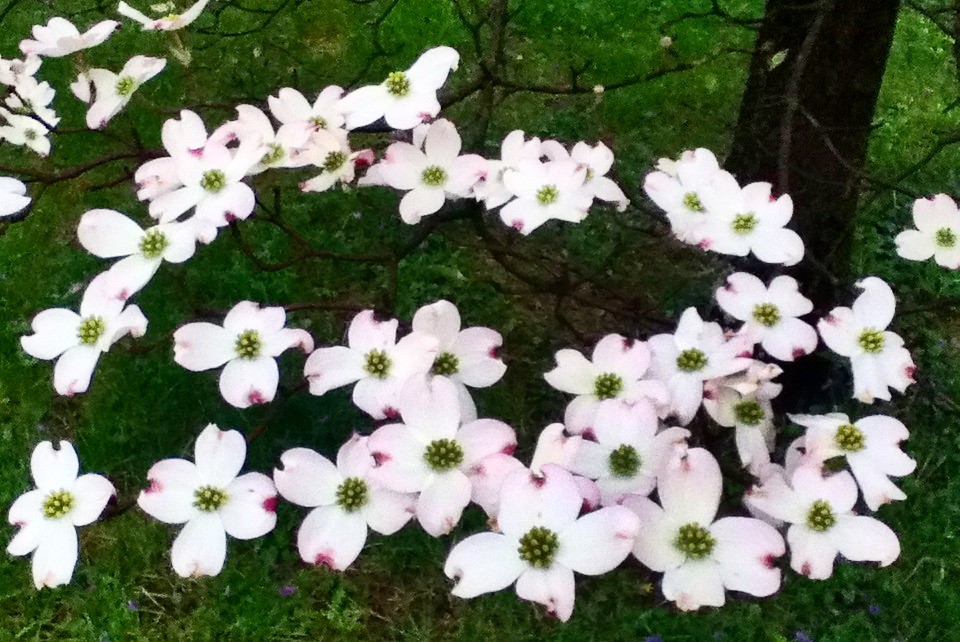 Oddly, flowering dogwoods are beloved for their spring blooms, but it’s not actually the flowers we are spying. The “flowers” are, in fact, lovely white (sometimes pink) bracts that surround the rather inconspicuous yellow-green flowers. Whatever the case, dogwoods put on their show a little later than redbuds, the two seasons overlapping into April. Flowering dogwoods are native from Texas to the Atlantic Coast, all the way up into Maine. 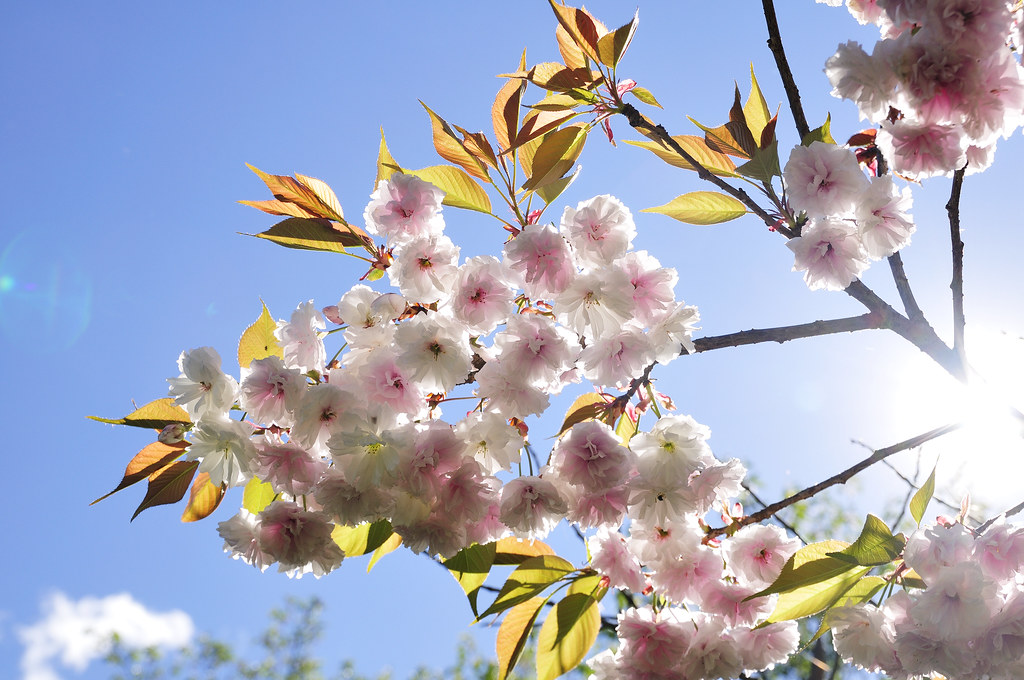 Flowering cherry trees may not produce tasty fruit, but there is no denying that their flowers are stunning and worth keeping an eye on. Cherries are amongst the first to bloom in the spring, often even in winter. They have white-to-pink blooms, and they are prized in Japan but also in the United States, where they are native. 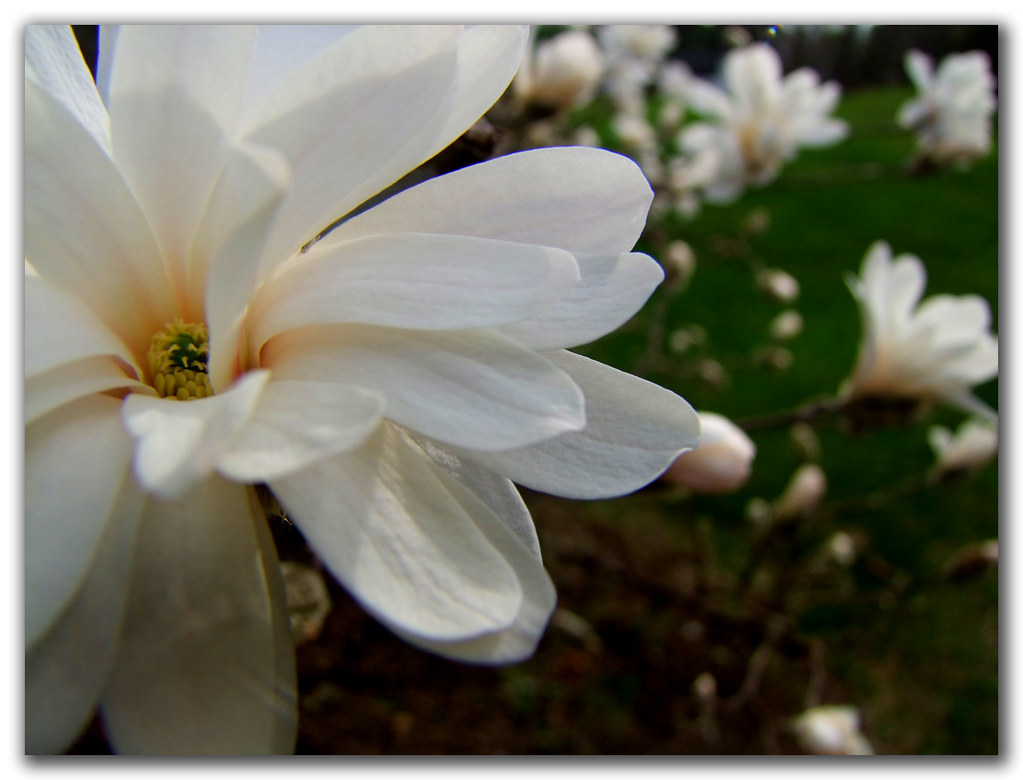 The magnolia genus in general has good, early bloomers with beautiful, often fragrant flowers. Southern magnolias are very popular, but star magnolias, too, are just remarkable. They bloom towards the beginning of spring and can keep producing flowers into the summertime. Star magnolias are possible to grow from Zone 4 (Great Lakes) to Zone 9 (Southern California). But, honestly, just choose a magnolia that thrives where you are. 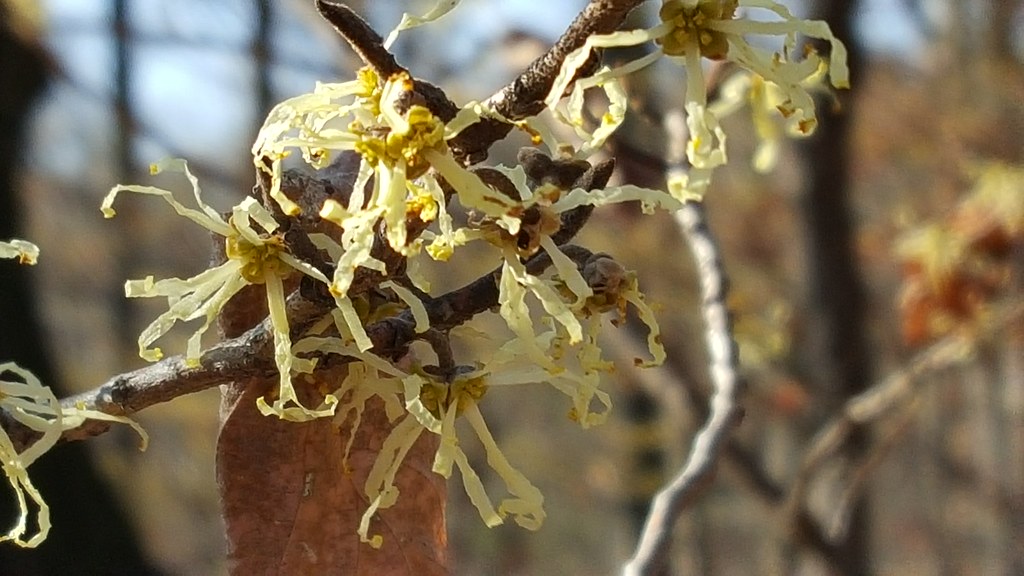 A web search for witch hazel is much more likely to turn up medicinal information than plant data, but the famed witch hazel, which often subs for alcohol, comes from the witch hazel tree. Things get even more confusing when we find out that common witch hazel (Hamamelis virginiana) blooms in autumn. However, vernal witch hazel trees (Japanese, Chinese, Ozark) provide lacy yellow (sometimes orange or red) blooms from late winter into early spring. 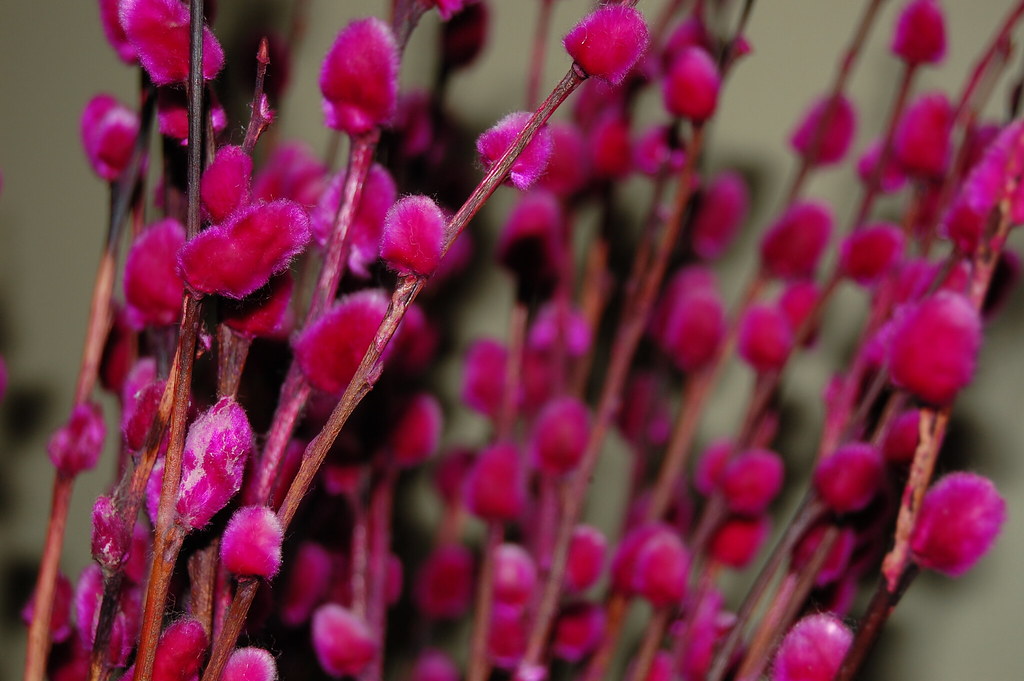 A member of the well-known willows, pussy willow is native to much of the US, and in reality, there are many species of it. Pussy willows will sometimes bloom when there is still snow out, and they have striking catkins, flowers that have fluffy protective hairs rather than petals. Pussy willow blooms are great for flower displays as they preserve very well. 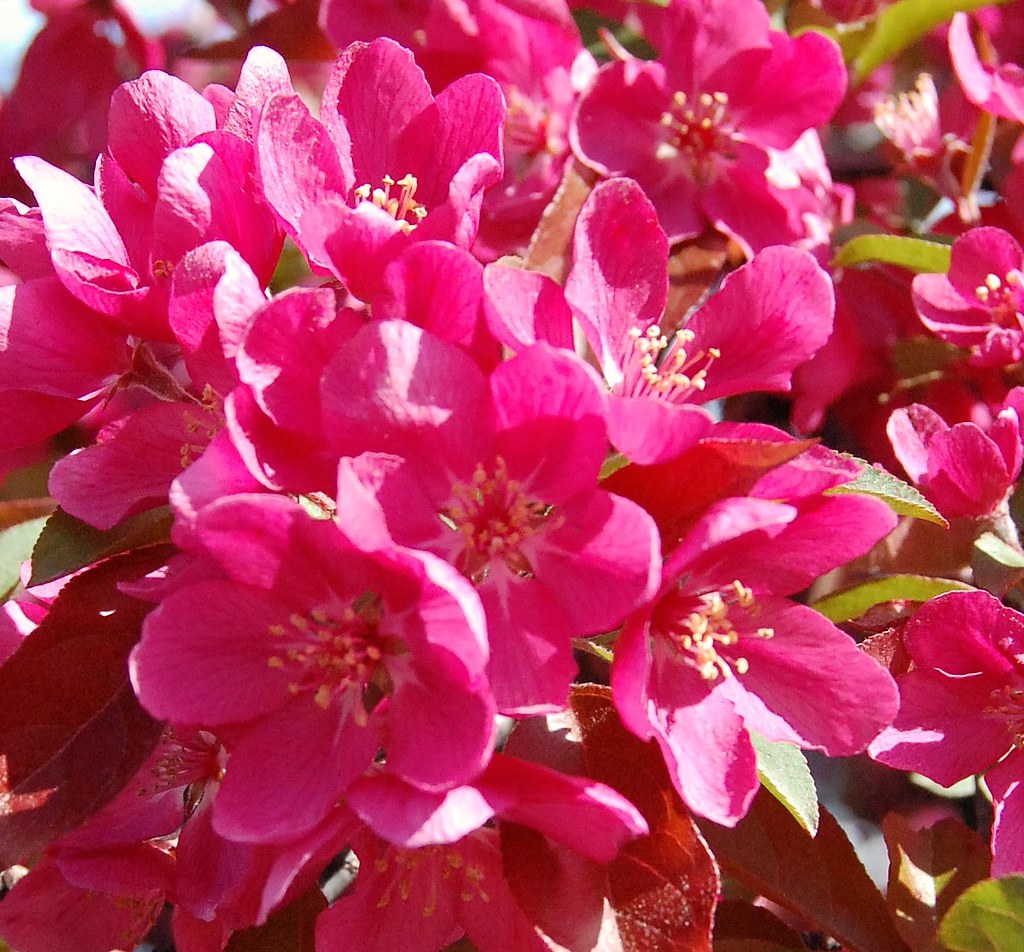 Due to their astringency, crabapples—the fruit—are often overshadowed by their close relatives, the orchard apples. However, four crabapple trees are native to the United States, and aside from having useful fruit (ACV, hard cider, jam), they have beautiful spring flowers, which come earlier than orchard apples and remain longer. There are species native to the East Coast and West Coast, with a hardy range that extends from Louisiana to Alaska. 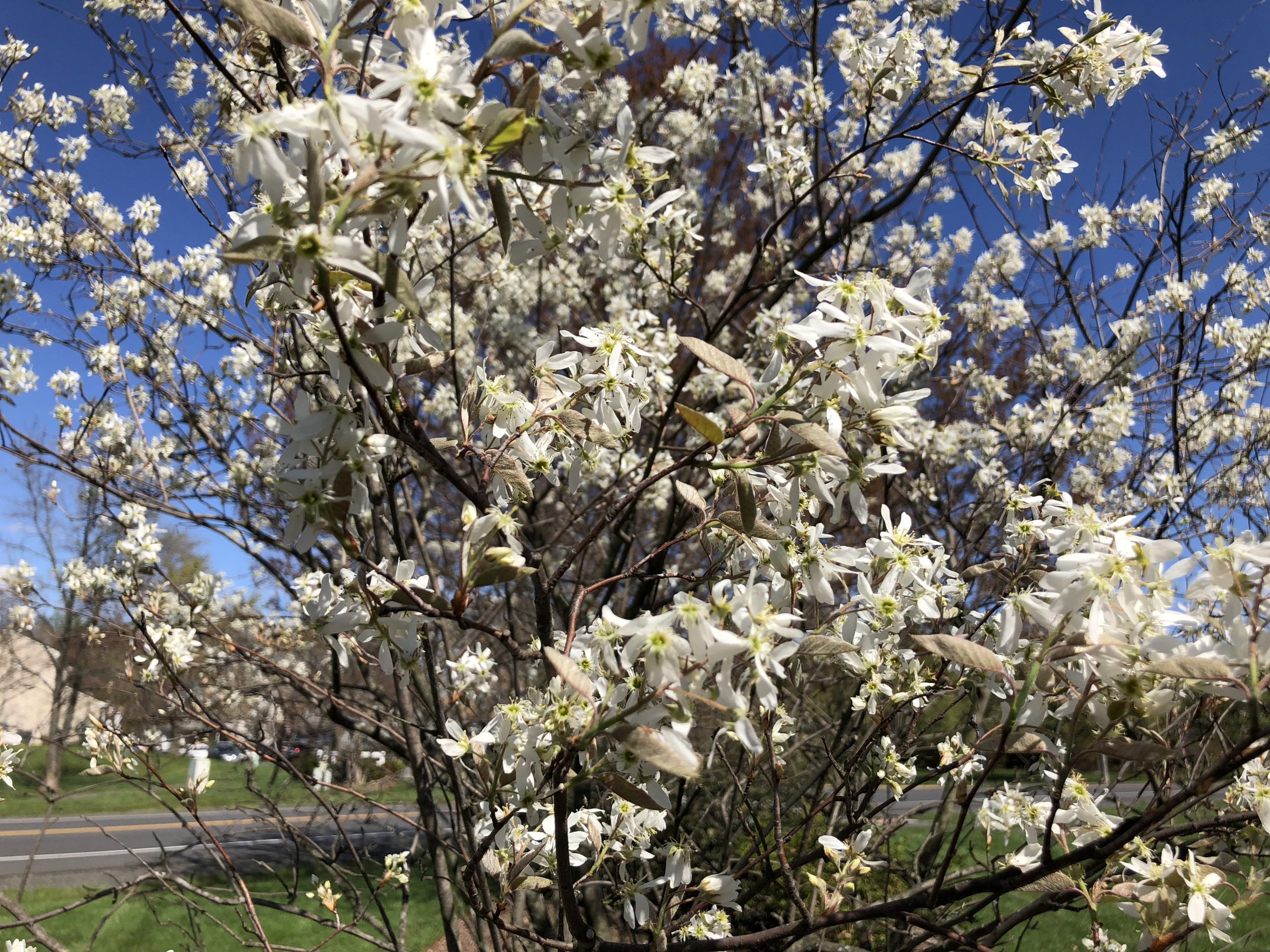 There are several species of trees that get called serviceberry, and serviceberry trees go by several different names, such as juneberries and Saskatoon. Regardless, they are small trees that bloom around April and provide excitement throughout the year. Edible berries in the summer add bright colors to the landscape, and stunning red leaves add to the fall foliage seen. Serviceberries, native to US forests and prairies, are great to include in edible landscaping.

Of course, this list by no means includes all the trees you’ll see blooming this spring, but it’s nice to know some to look out for. Right about now would be a great time to take a cruise along those scenic byways throughout the US and start celebrating the beauty around us!