Yelp Will Alert Consumers of Businesses Accused of Racism 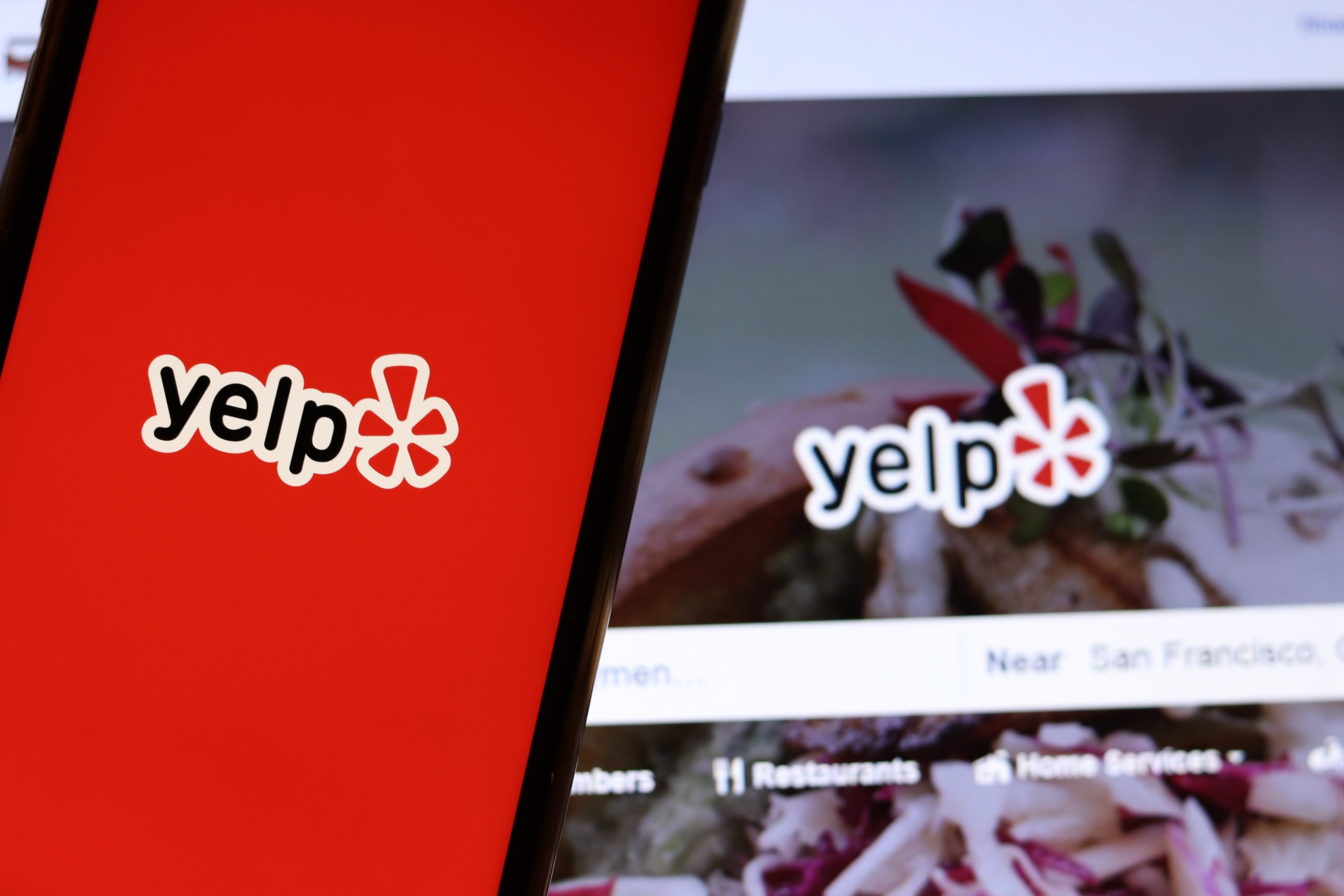 The review site Yelp will start alerting consumers when a business has been reported for racist behavior.

When a business gains public attention for reports of racist behavior including using racist slurs or symbols, Yelp will place a new “Business Accused of Racist Behavior Alert” on the page to inform users of the behavior and point them to a news article to learn more about the incident.

“As the nation reckons with issues of systemic racism, we’ve seen in the last few months that there is a clear need to warn consumers about businesses associated with egregious, racially-charged actions to help people make more informed spending decisions,” the company said in a statement. 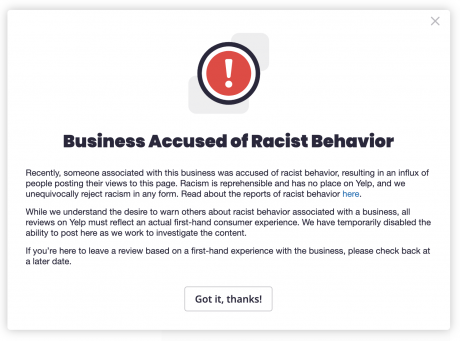 As the fight for racial justice swept the nation this year, Americans have used Yelp to reflect the social climate of the country.

Black-owned businesses were up more than 617 percent this summer compared to last summer according to the review site. Following the killing of George Floyd, more than 450 business pages were either accused of, or the target of, racist behavior related to the Black Lives Matter movement, Yelp reported.

“Now more than ever, consumers are increasingly conscious of the types of businesses they patronize and support. They are ‘voting with their dollars,’ so to speak,” Noorie Malik, Yelp’s vice president of user operations, told USA Today. “We needed a better solution to inform consumers about businesses allegedly associated with egregious, racially charged actions to help people feel comfortable patronizing a business.”

Preeta Sinha, Founder of One Green Planet, recalled an experience at The Owls Tail at 215 W 75th St in New York City, where she and her friend, another woman of color, were singled out and hurried by employees to leave the restaurant.

“We were forced to leave in the midst of our dining experience because the restaurant had a one and half hour seating policy. This policy isn’t uncommon during Covid but the problem lies when you are only two people of color sitting in a restaurant filled with white patrons including the two tables next to you that came at the same time but were not blatantly forced to leave.” Sinha explained. “The owner Stepanie was obvious in her discrimination, speaking very rudely to us and asking her waitstaff to passive-aggressively start cleaning our tables while we were still finishing up.”

“It’s disheartening to see racism in the restaurant industry – all we want is for the rules to be applied to us fairly but unfortunately this is what racism looks like. Later, I expressed my disappointment to a few minorities in the area who said they’ve had a similar experience at this restaurant,” she added, praising Yelp’s new policy for trying to “bring racial justice and accountability in the hospitality industry.”

Critics of Yelp’s Racist Behavior Alert, including some business owners, worry about how enforcement of the alert will work and whether it can be easily manipulated by fake reviews. Last year, Yelp temporarily disabled reviews on nearly 600 pages due to misinformation.

Yelp’s User Operations team already has a monitoring system in place that puts an “unusual activity” alert on business pages with increased attention based on media coverage, rather than on first-hand experiences with the business.

Similarly, Yelp assures consumers that the Racist Behavior Alert will be verified and include an article from “credible media outlet” to ensure accurate descriptions of the behavior experienced at the business.

Tell us about your own similar experiences in the comments below.