Social Media Standoff: The Case of Twitter, India and the Fight for Free Speech Online 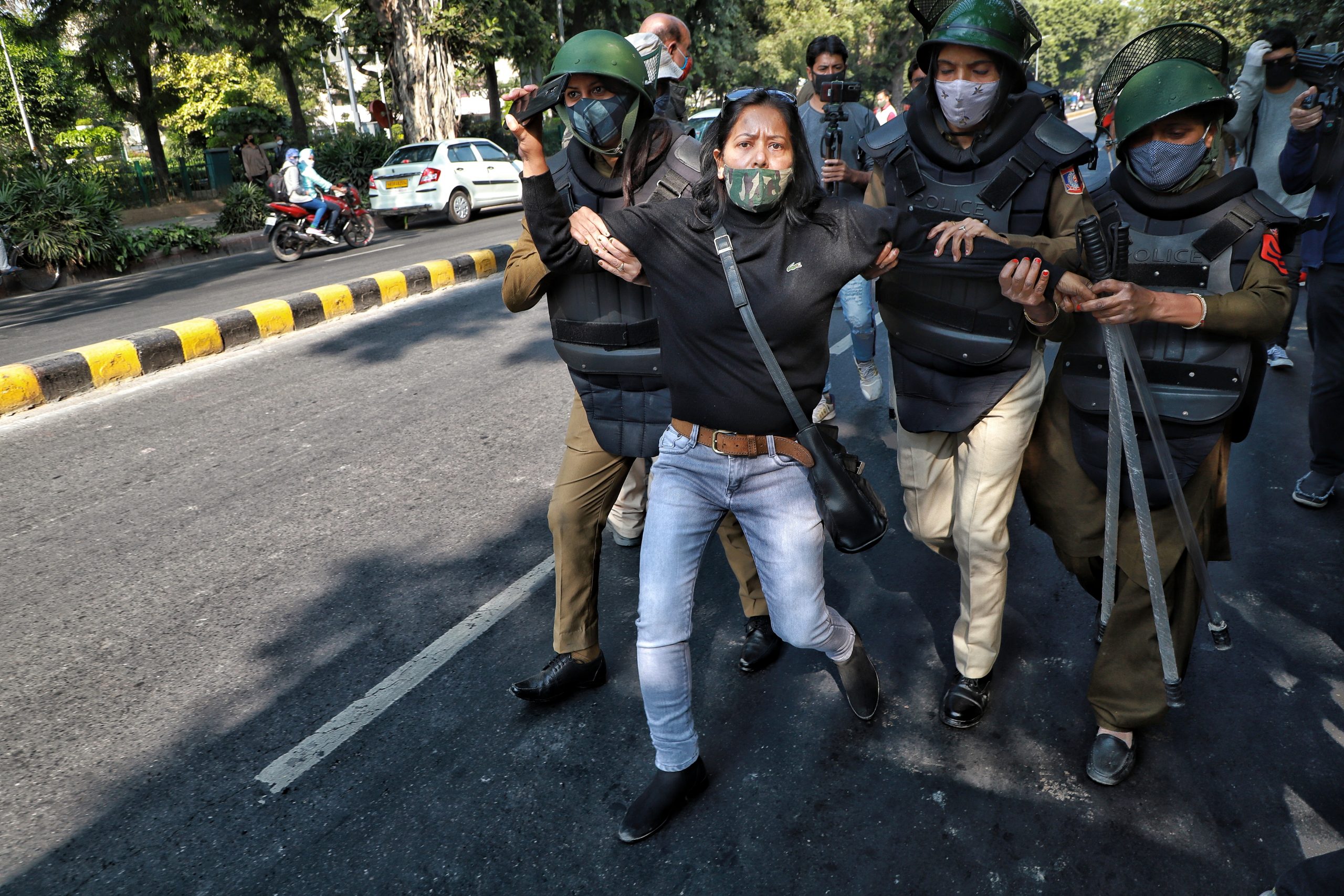 An ongoing conflict between Twitter and the government of India is prompting renewed debate over social media and freedom of speech online.

The dispute relates to a series of agricultural reforms the Indian government introduced late last year. As One Green Planet previously reported, farmers fiercely oppose the new laws, and protests have gripped the country for months. In response, the government, led by Prime Minister Narendra Modi, has resorted to Draconian strategies to quell dissent. Protesters report police violence. Nodeep Kuar, a 25-year-old labor rights activist, says police beat and sexually assaulted her after her arrest at a protest outside Delhi, the Indian capital. The arrest of activist Disha Ravi on charges of sedition related to her Twitter activity has enraged activists.

The government has also suspended internet access in some districts and clamped down on online speech. Citing laws against subversion and threats to public order, the Indian Ministry of Electronics and Information (MeitY) demanded Twitter delete or hide over 1,100 accounts. These included an investigative new outlet’s Twitter page, and accounts that had expressed support for the protests. Twitter complied with some of these requests, hiding 250 accounts to users within India.

But Twitter later restored six accounts and has refused to block the accounts of activists and journalists who it says are exercising their constitutional right to criticize the government. Indian officials have responded by accusing Twitter of violating Indian law and threatening to imprison its employees.

Social Media and the Limits of Free Speech

Twitter’s defiance of the Indian government’s demands comes at a time when politicians and pundits in the U.S. are fiercely debating the regulation of online speech. After the January 6 attack on the U.S. capital, Twitter permanently banned President Trump from its platform, saying his recent tweets had violated its Glorification of Violence policy. Facebook temporarily blocked his account.

Many who criticized Trump’s banishment from social media claimed the move violated the First Amendment, which protects freedom of speech. This is what Rep. Matt Gaetz (R-Fla) insinuated when he tweeted that the ban was unconstitutional.

We cannot live in a world where Twitter’s terms of service are more important than the terms in our Constitution and Bill of Rights.

But the First Amendment only protects individuals from government censorship. In fact, in this context, the First Amendment protects social media companies, not users. Like traditional news outlets, social media companies have the constitutional right to refuse to disseminate certain messages. They also enjoy unique legal protections that absolve them of liability for the content users share on their platforms.

Some legal experts say this is a problem. Social media “have become the dominant platform for the exchange of information and ideas,” says Nadine Strossen, a professor at New York Law School and a former president of the American Civil Liberties Union. She advocates measures “to protect equal and fair access to social media platforms for all of us, even if our ideas are controversial.”

The Situation in India

The standoff between Twitter and the Indian government has implications for the debate about freedom of speech online. The laws governing protected and online speech are different in India than they are in the United States, but both countries restrict speech intended to incite violence. Government officials say protesters’ tweets violate Indian laws against incendiary speech. In a statement, the MeitY said the tweets were “designed to create disharmony and unrest.”

In her newsletter “On Tech” for the New York Times, Shira Ovide asked David Kaye, a law professor at the University of California at Irvine and a former United Nations special rapporteur on free expression if Twitter is doing the right thing. “Yes,” he told her. “Twitter is essentially saying that it won’t comply with orders it considers inconsistent with Indian law, and that violate people’s human right to free expression.”

“But Twitter is defying a democratically elected government,” Ovide said. “People shouldn’t be under the impression that these companies see themselves as in any way about the law,” Kaye responded. “An important distinction in India is that the order came from a government ministry—not a court. Twitter is saying that India’s demands to block accounts or remove posts didn’t come through the regular rule of law.”

The conflict between Twitter and the Modi government raises a question that remains unresolved, both in India and the US: Who should decide the limits of free speech online? Right now, Twitter has an enormous influence in determining the bounds of acceptable speech on social media. Many argue that we shouldn’t leave that kind of power in the hands of private corporations.

“The challenge for democratic governments is to enhance the transparency of social media and put it under a regulatory framework—but not impose content rules that are abused and interfere with the freedom of speech rights of users or the rights of companies to create an environment that they want for users,” says Kaye. “That’s the persistent tension.”

Sign this petition to support the ongoing protests in India.