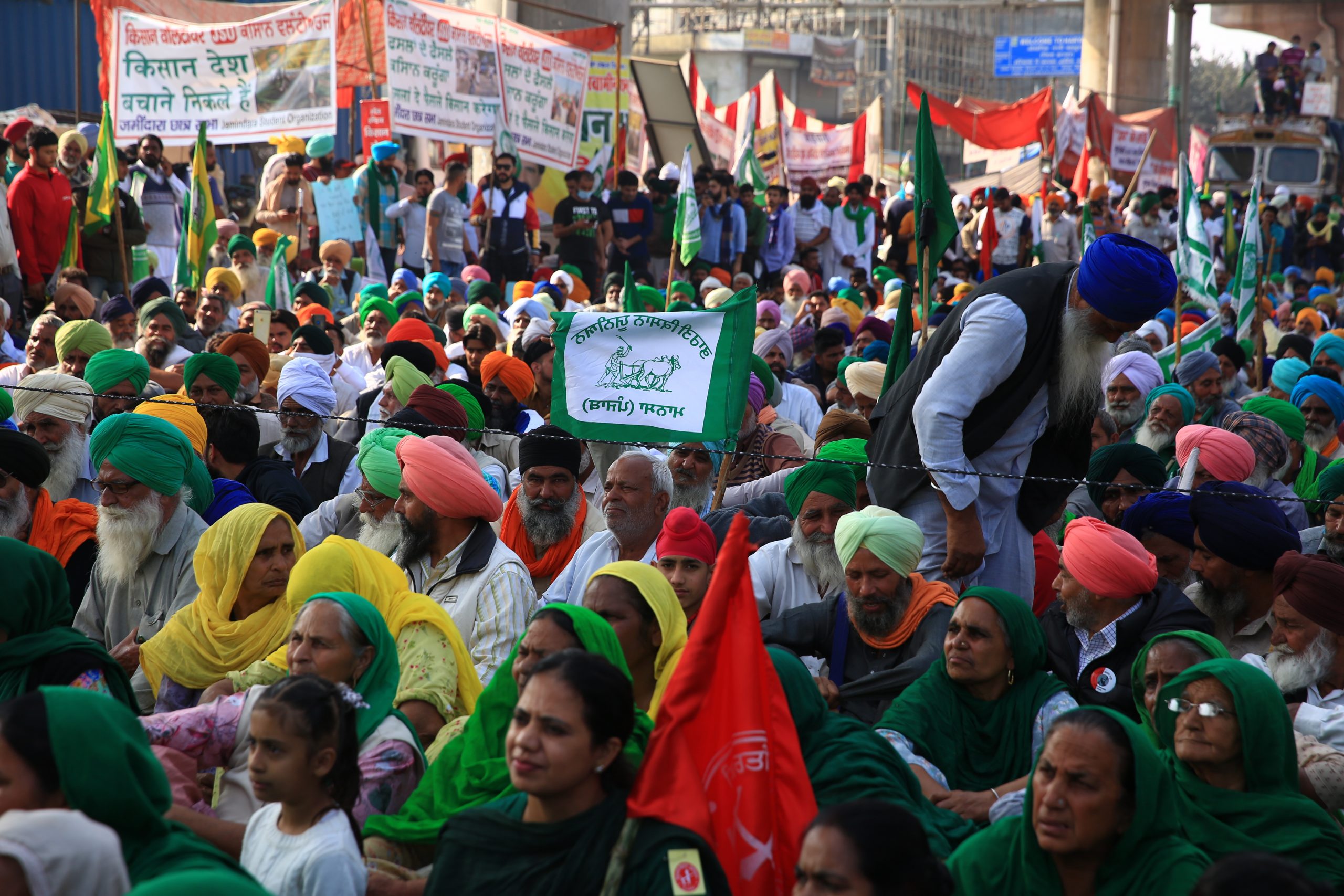 The climate activist, along with other public figures, has come under attack for supporting ongoing protests by Indian farmers.

As One Green Planet previously reported, farmers are at odds with the Modi government over laws passed last September. The reforms relaxed the rules around how farm produce can be priced, sold, and stored. Although Prime Minister Modi has called the legislation “a watershed moment” for Indian agriculture, farmers say the new laws will eventually lead to the elimination of wholesale markets and price guarantees. This will leave farmers vulnerable to exploitation by private buyers.

Thunberg took to Twitter to voice her support of the farmers’ protest. On Thursday, she shared a “toolkit” with her followers on the social media platform. The toolkit provides guidance on how people can support the farmers.

The Indian government has responded by opening an investigation into an “overseas conspiracy” and citing her tweets in preliminary paperwork. Delhi Police say Thunberg herself isn’t under investigation; rather, they are looking into the origins of the toolkit, which they say Sikh separatists created.

Thunberg remains undeterred in her support for the farmers. “I still #StandWithFarmers and support their peaceful protest. No amount of hate, threats or violations of human rights will ever change that. #FarmersProtest,” she tweeted.

I still #StandWithFarmers and support their peaceful protest.
No amount of hate, threats or violations of human rights will ever change that. #FarmersProtest

Thunberg isn’t the only public figure to speak out against the new laws and the Modi regime’s reaction to the protests. On February 2, Rihanna retweeted an article from CNN; it reported that the Indian government cut internet access outside Delhi following violent clashes between police and protesters.

“Why are we not talking about this?!” Rihanna asked her followers on Twitter.

why aren’t we talking about this?! #FarmersProtest https://t.co/obmIlXhK9S

Meena Harris, the author and niece of Vice President Kamala Harris, has also voiced her support for the protesters. “It’s no coincidence that the world’s oldest democracy was attacked not even a month ago, and as we speak, the most populous democracy is under assault. This is related. We ALL should be outraged by India’s internet shutdowns and paramilitary violence against farmer protesters,” she tweeted.

It’s no coincidence that the world’s oldest democracy was attacked not even a month ago, and as we speak, the most populous democracy is under assault. This is related. We ALL should be outraged by India’s internet shutdowns and paramilitary violence against farmer protesters. https://t.co/yIvCWYQDD1 pic.twitter.com/DxWWhkemxW

The Indian government condemned the social media posts. In a public statement, India’s external affairs ministry said, “The temptation of sensationalist social media hashtags and comments, especially when resorted to by celebrities and others, is neither accurate nor responsible.”

It also issued a warning to Twitter, which unblocked social media posts from over 250 accounts that it had earlier suspended at the government’s request. The posts featured a controversial hashtag supporting the protests.

Discussing both the anti-farmer laws and attacks on Thunberg, Rihanna, and Harris, One Green Planet founder Preeta Sinha said, “The world is seeing first hand the misogyny and hate Meena Harris, Rihanna and Greta Thunberg are facing for standing in solitary with the farmers of India.” She continued, “As an Indian, I’m appalled by the government’s suppression of our farmer’s voices and rights. It’s imperative to build international pressure in order to overturn these harmful laws and restore peace in the country. ”

The Indian government insists the reforms will benefit farmers. However, farmers continue to demand that the government completely repeal the three reform bills, make minimum support price (MSP) and state procurement of crops a legal right, implement the Swaminathan Commission report, repeal the Commission on Air Quality Management in the National Capital Region and the Adjoining Areas Ordinance 2020, cut agricultural diesel prices by 50%, and withdraw all charges against protestors.

The protests have gripped the nation. Farmers are now calling for a second nationwide shutdown and threatening to set up roadblocks across the country. News reports out of India say the police have erected concrete walls and barbed wire fences around the capital. Human Rights Watch has called on the Indian government to drop eight cases against journalists arrested during the protest on January 26.

Sign this petition to demand that the Indian government repeal new laws that hurt farmers!