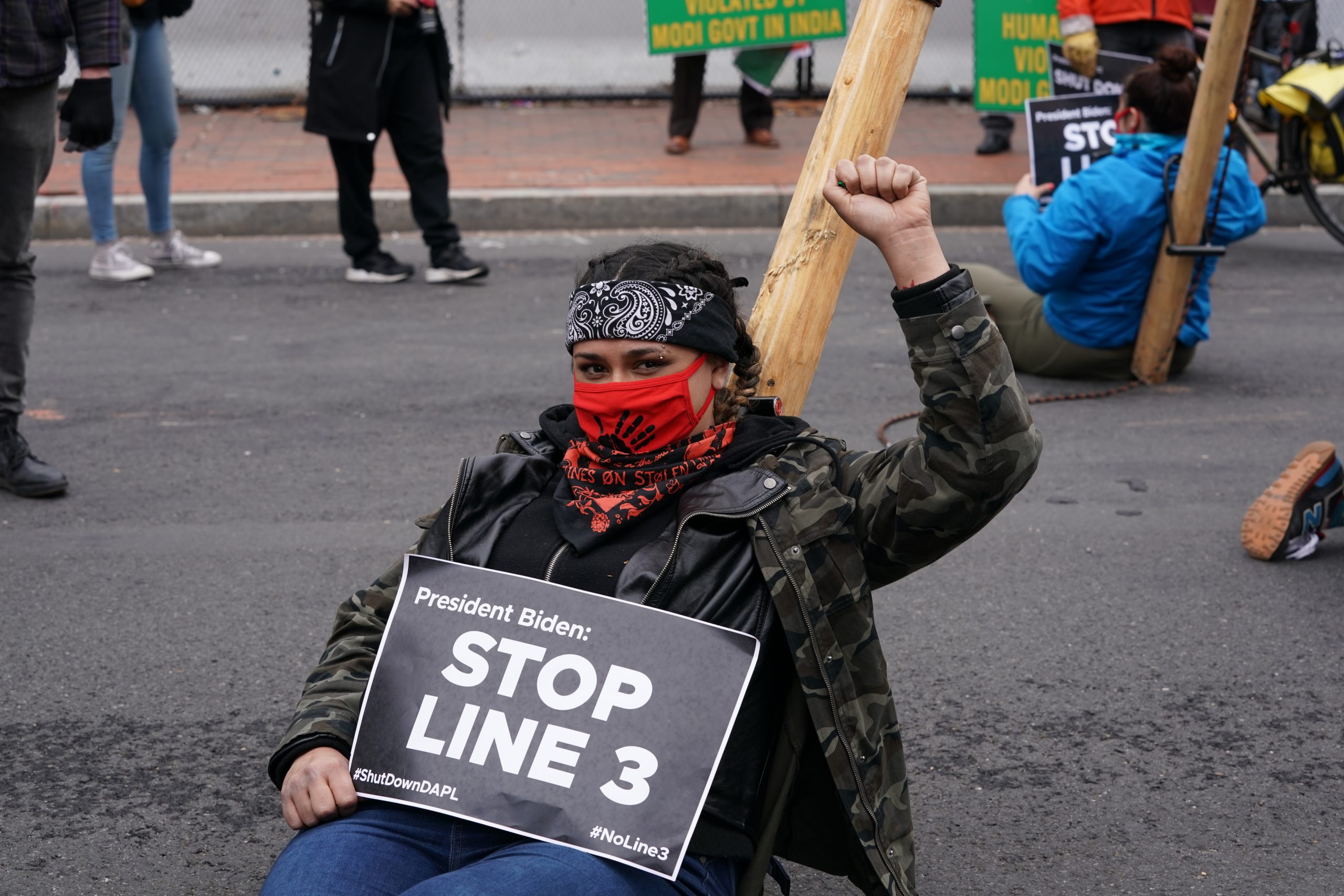 Pipelines are always a contentious issue. And for good reason. Even the mention of them brings to mind oil spills, environmental degradation, stolen land, and law enforcement trying to intimidate protestors.

According to StopLine3.org, “Line 3 is a proposed pipeline expansion to bring nearly a million barrels of tar sands per day from Alberta, Canada to Superior, Wisconsin.” The pipeline would run through protected Indigenous lands that belong to the Anishinaabe people and thus, the project would be in violation of a long-standing treaty.

Enbridge, the Canadian pipeline company, that proposed this project was responsible for the 2010 Kalamazoo River spill – one of the largest inland oil spills in U.S. history. According to Bridge Michigan, Enbridge’s response was slow and the river remained black for months after the spill. However, even if they responded with the appropriate urgency, the fact is, there was still a spill that had dire consequences for the surrounding environment. Furthermore, these pipelines still often go through indigenous lands and can contaminate water sources that indigenous people rely on. The US government needs to stop providing new permits for climate change-causing fossil fuels; it needs to respect indigenous people and their land; it needs to stop putting money before people.

At the beginning of his presidency, Biden pledged to cancel the controversial Keystone XL Pipeline, and a few months ago, the developer canceled the project. While there are many factors involved, it’s no doubt that public outrage and pressure played a role in this decision. That’s why it’s vital for people to support protestors and water protectors in speaking out against the Line 3 Pipeline. The expansion of this pipeline is too dangerous for indigenous people and their land. Plus, the government needs to shift its focus to clean energy to battle climate change. Sign this petition to tell President Biden that Line 3 needs to be stopped!