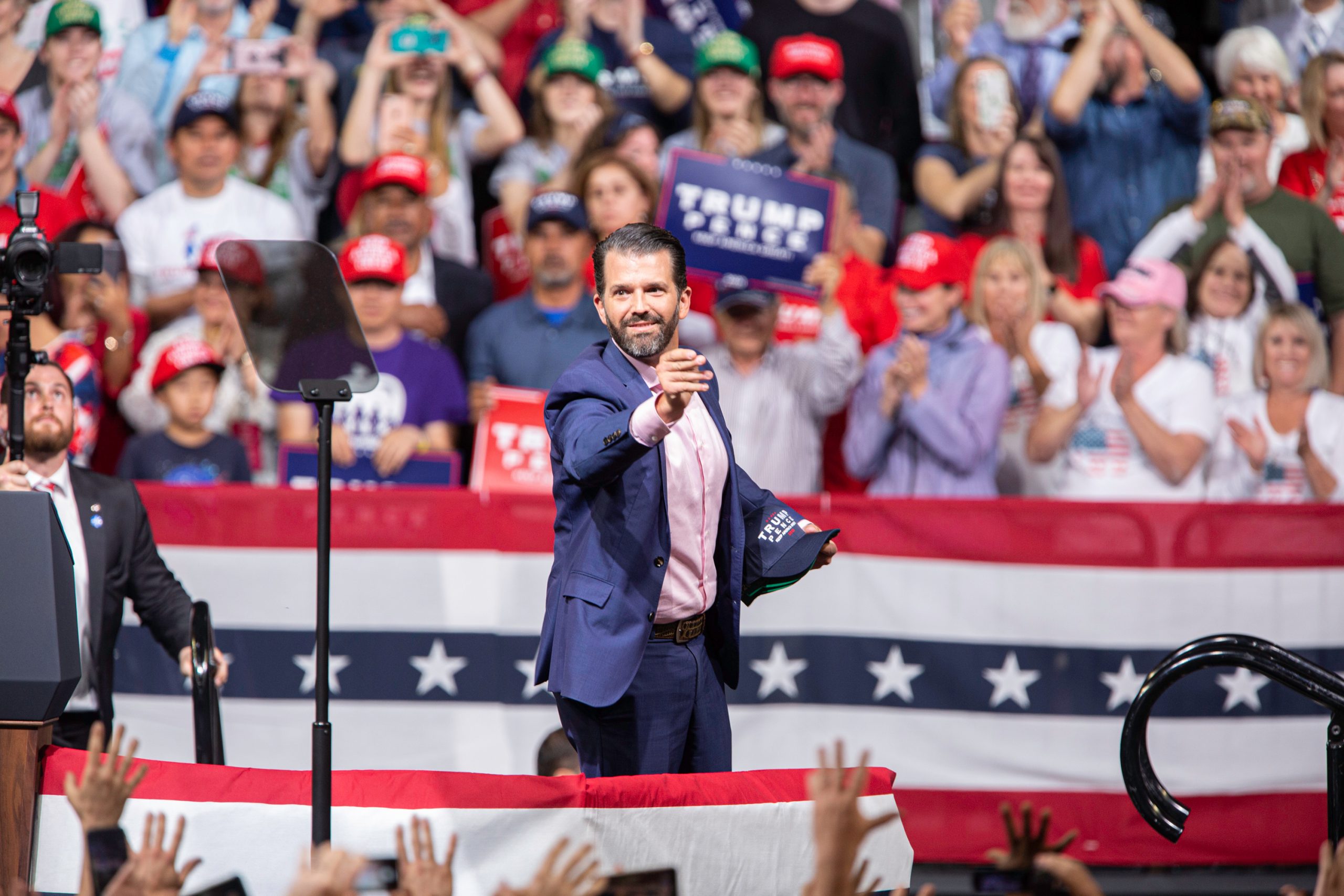 Son of President Trump and trophy hunter Donald Trump Jr. has been suspended from Twitter. He was suspended for posting a video that showed a doctor making false claims about coronavirus cures and saying that “people don’t need masks.” His account was suspended for 12 hours.

The video Trump Jr. tweeted was originally published by Breitbart News. Twitter, Facebook, and YouTube each removed the video. President Trump retweeted the same video but did not upload the video to his Twitter account. Two tweets on President Trump’s timeline have been deleted. The video includes doctors pitching hydroxychloroquine as a way to treat the coronavirus.

This account has not been permanently suspended. Per the screenshot, the Tweet requires deletion because it violates our rules (sharing misinformation on COVID-19), and the account will have limited functionality for 12 hours. More in our rules: https://t.co/0wHWVV5QS4 https://t.co/0gq7rlaNw7

Trump Jr.’s spokesperson tweeted that the account had been suspended. Twitter said in a statement that Trump Jr.’s account had “not been permanently suspended.” Republicans took to the platform calling out Twitter for “censorship.” Arizona GOP chairwoman Kelli Ward was also suspended for sharing the same video.

Trump Jr.’s Twitter is filled with misleading information, including a swing at environmentalist Bill McKibben:

Radical leftwinger & top environmentalist Bill McKibben says that if Trump loses and Biden is elected that the Keystone XL pipeline WILL NEVER be built and then brags about how AOC essentially wrote Joe Biden’s job-killing climate plan. pic.twitter.com/VHqV0dG4bg