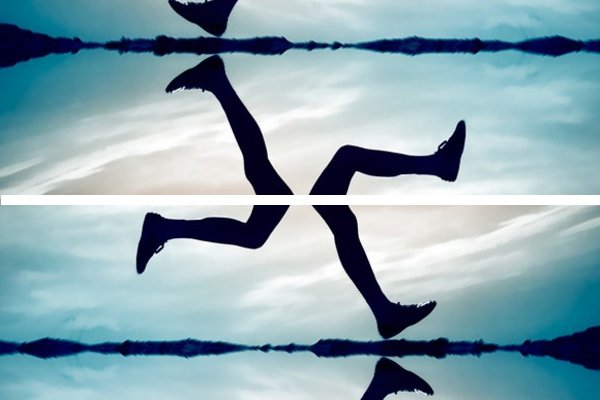 Running a long way requires a lot of energy. We get energy from the food and drinks we consume. So far, this is not exactly complicated science. It’s a simple equation: the number of calories we take on board needs to balance the number of calories burned (which is likely to be upwards of 2500 for events of marathon distance and beyond). But an important question for those who choose to run in long events while following a cruelty-free lifestyle arises: if one is going to participate in an ultra distance race, or even “just” a marathon, how can sufficient plant-based energy be taken in, to sustain an effort that may last for hours or even days?

The answer is that it’s actually not too difficult, but it does take a bit of forethought and some practice! (Yes, part of training is practicing eating on-the-run). For a marathon, most runners won’t want solid food, but will get energy from sports drinks and/or energy gels. These are also good in combination with “real food” on ultras.

There are lots of brands to choose from and most now have an ingredients listing on their website. The choice of drink or gels and the quantities of each will depend on personal preference. Sweat rates can be calculated, which dictate the appropriate amount of water to drink (though temperature and humidity will also have an effect), some of which may be in the form of an energy drink. The number of calories burned is proportional to weight, so a heavier runner will require more than a lighter runner. Sports energy drinks come ready-made or in powder form (the latter being particularly useful for longer events as it is lightweight and you may have to carry your supply in a pack for 24 hours or more, or over several days of a multi-day event, with only water available to mix it at checkpoints). Science in Sport do a good range of vegan drinks powders and gels (though several of their recovery drinks are not vegan). The gels from different companies can have very different consistencies. Some come in smaller packages, as they are more concentrated (so need to be taken with water). This can be good as they’re lighter to carry, but they tend to be gloopier, which may put some people off — but it’s a personal taste thing. The flavors are usually fruity, with a very wide selection available across different brands. My current personal favorites are made by TORQ (a U.K. Brand) – they are all vegan in dessert-themed flavors such as banoffee, strawberry yogurt and rhubarb and custard. Some gels contain caffeine or guarana for an extra boost. CLIF SHOT® Energy Gels are also vegan-friendly and so are Carb BOOM gels. While drinks and gels  sound innocuous, it’s worth taking some out to test them on long training runs, as some runners can find that certain products may cause upset stomachs. This is not something anyone wants to discover on race day!

For longer events, it is likely that the runner will want to eat some real food, possibly in addition to gels and sports drinks, or maybe instead of these. This food may have to be carried for the duration of the race, or may be left in drop-bags at checkpoints along the route. This will affect the choice of food. You may need to consider products which won’t go off, are light weight, tasty, come in easy-open packaging (or can simply be repackaged into small bags), have a high calorie content, have a good balance of nutrients and can be eaten while running (or while walking – lots of runners take a walk break while taking on some food). As a general rule, variety is key. It can be surprisingly difficult to feel like eating anything when fatigue sets in, and having a selection should ensure that there’s at least something you fancy. Savory foods are often craved, especially as salt is lost through sweat. Again, this whole eating thing is something to be practiced.

Some tried-and-tested foods that have worked for me include salted peanuts and cashews, vegan muesli bars or flapjacks, tofu, cooked potatoes, vegan sausages, rice crackers, vegan cakes or biscuits, peanut butter sandwiches, vegan jelly beans and other sweets, dried fruit, pretzels… and I still keep discovering new additions to the list. Again, it is vital to try these out in advance. Your favorite food in normal everyday situations may become unexpectedly unpalatable while running.

Another consideration, particularly on longer or hotter events, is that a lot of salt is lost through sweat. If this is not replaced, then drinking too much water can become a potential danger. This can be simply avoided by adding electrolyte tablets to your water. Several companies now make these and most are vegan. They are usually flavored, some much more strongly than others. Again, running a 100 mile race is not the situation in which to try these out for the first time.

Check with the Race Organizers

And finally, it’s worth checking the situation with the organizers of the race in advance. At some events, there is a huge amount of food available to runners at checkpoints, but what proportion of this is vegan varies hugely from one event to another. Some race organizers will make a great effort to accommodate dietary requirements if they’re informed in advance, but at some events you may find that you have to be responsible for providing most of your own supplies.

Distance running can force you to look at food in a different way, thinking of it fundamentally as “fuel”. There is plenty of vegan fuel to choose from, so have some fun experimenting, hopefully leading to an enjoyable race day.