This Butter Is Palm Oil Free, Dairy-Free, Soy-Free … And It’s All Vegan 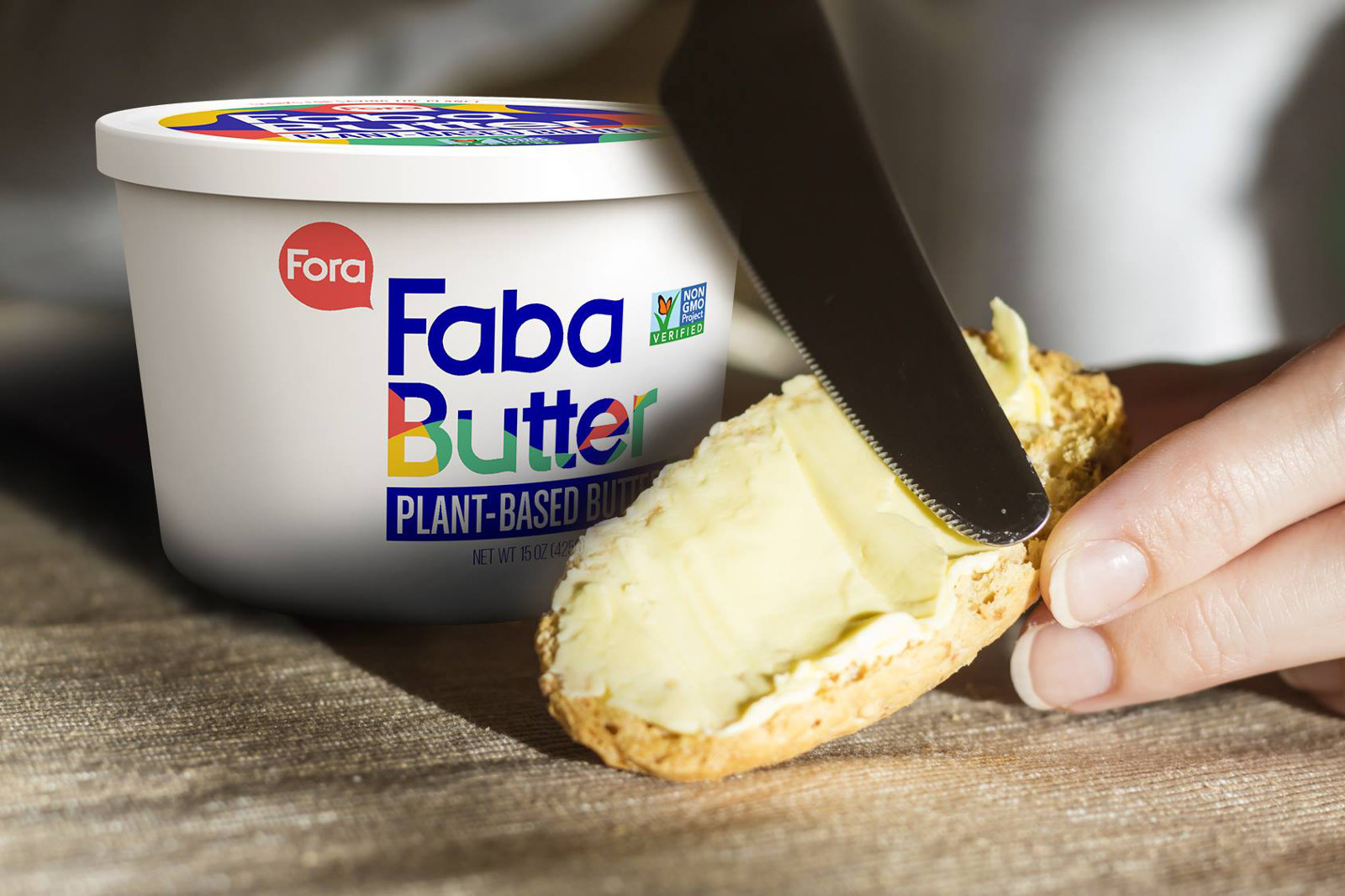 If you’re anything like we are, there’s a chance you have fond memories of sitting on the kitchen countertop as a child and mindlessly, and very happily, dipping your fingers into a tub of butter and eating it straight off. It’s nearly impossible not to absolutely love butter (seriously, it’s a brain-chemical thing) from a taste perspective, but when you look at the impact this delicious spread, there are many reasons not to be a butter fan.

The average dairy farm in the U.S. uses around 150 gallons of water per cow, per day on automated flushing systems, which are used to wash milking parlor floors. With an average of 700 cows on a mid-sized industrial dairy farm, that adds up to a whole lot of water. If you take into account the amount of water needed to grow feed for these dairy cows, that number is even bigger. According to the findings of Dan Putnam, a plant scientist at the University of California-Davis, it takes around six pounds of alfalfa to produce one gallon of milk. It takes 683 gallons of water to produce just six pounds of alfalfa. A dairy cow can produce up to seven gallons of milk a DAY, meaning that 4,781 gallons of water are used per cow every day for their food needs.

So all in all, dairy is a very thirsty business – but many consumers are also wary of cow’s milk because of concerns over antibiotics and hormones, not to mention the welfare of cows in the industry, as well as lactose intolerance and milk allergies. The market for dairy-free alternatives to butter is certainly growing, especially with the rising popularity of plant-based milk, and now there is a new entrant into the space that hopes to replace dairy-based butter for good: Fora’s FabaButter.

In a recent episode of the #EatForThePlanet with Nil Zacharias podcast, Aidan Altman and Andrew McClure, the co-founders of Fora, shared all about their goal to redefine the butter industry and how FabaButter is set above the rest of the competition.  Unlike other butter substitutes that are mostly made with hydrogenated oil of one type or another, FabaButter is made using aquafaba, the leftover brine from cans of chickpeas. Not only is it the first commercial butter to utilize aquafaba, but it is also palm oil free – which is great news for the world’s rainforests and orangutan population.

Shortly after graduating college, Andrew and Aidan both went vegan and decided they wanted to create a superior butter alternative that wouldn’t support the harmful and unsustainable system of animal agriculture. In their conversation with Nil, they explain how they went from whipping up homemade butter recipes in their free-time to starting their own company. Andrew and Aidan get into the process of getting funding and how they came up with delicious ways to showcase the versatility and taste of their product (think tons of really buttery popcorn and vegan croissants, yum). They also talk about their marketing strategy and how they’ve successfully built a following for their product, which they hope to make available by Summer 2018.

While their FabaButter isn’t on the market yet, they have launched a Kickstarter campaign to fund their first trial run with their manufacturer and are offering tubs of their dairy-free butter as a thank you for supporting. Their campaign surpassed their goal of $15,500 in just FIVE days, illustrating how hungry people are for a good dairy-free butter. Aside from this success, FabaButter also recently received a sofi award from the Specialty Foods Association for “Best New Product” in the Dairy and Dairy-Alternative category.

Aiden and Andrew want to create a one-to-one butter substitute that makes it incredibly easy for people to choose a healthier, more sustainable option every time they eat, and although FabaButter isn’t even available yet, based on this interview, we have a pretty good feeling they will be right on the money. 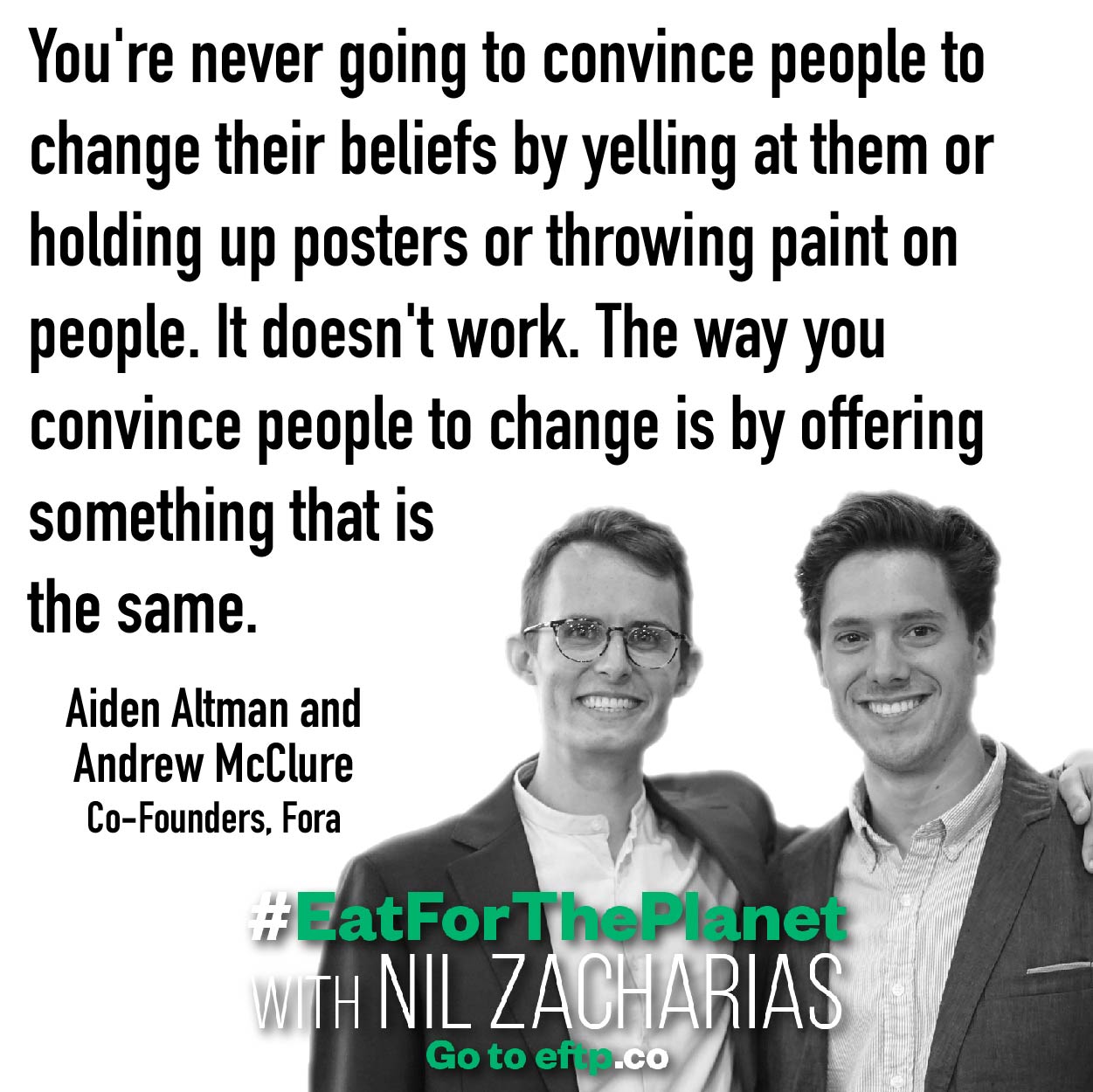