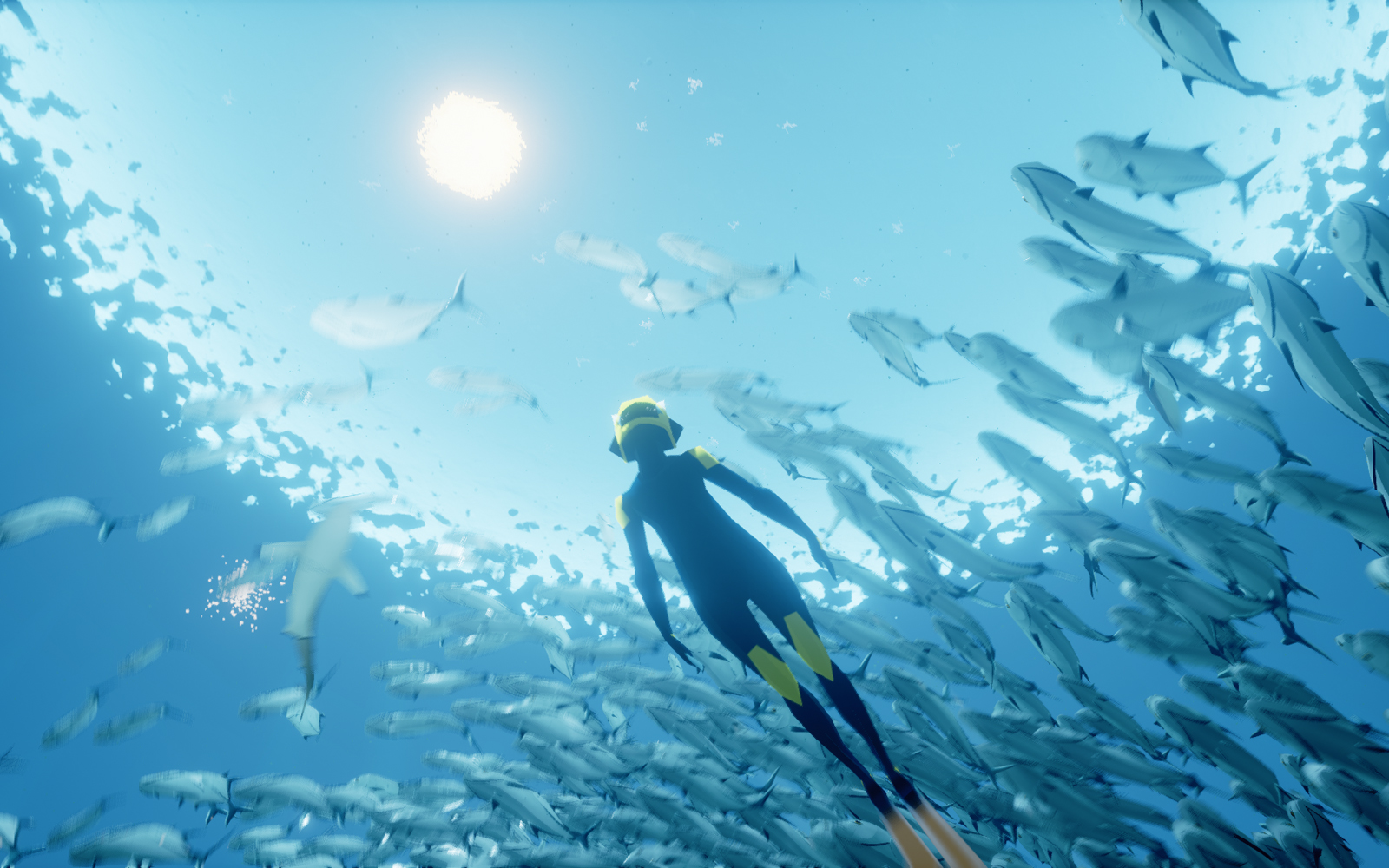 In a day and age when people spend more time staring at screens than gazing at sunsets, it can be all too easy to forget that there are things more wondrous in nature than even the best graphics and coding can conjure. We are fortunate that, every so often, a game like “Abzu” comes out to remind us of just that. “Abzu” was developed for PlayStation 4 and Microsoft Windows by Giant Squid Studios, which was founded by Matt Nava, the art director behind “Journey” and “Flower.”

Like its visually impressive predecessors, “Abzu” inspires an almost paradoxical awe of the natural world by allowing gamers to virtually immerse themselves in a detailed environment which has been artfully and lovingly rendered. The plot is kept abstract and wide open to interpretation, but the basic premise is that the player is a lone diver who must navigate the unpredictable waters of an unfamiliar ocean in order to discover his or her purpose there. Eventually, the player discovers ruins of what appears to be a sunken civilization, complete with mysterious pictographic writing on crumbling walls and the still-sparking remnants of some strange foreign technology. 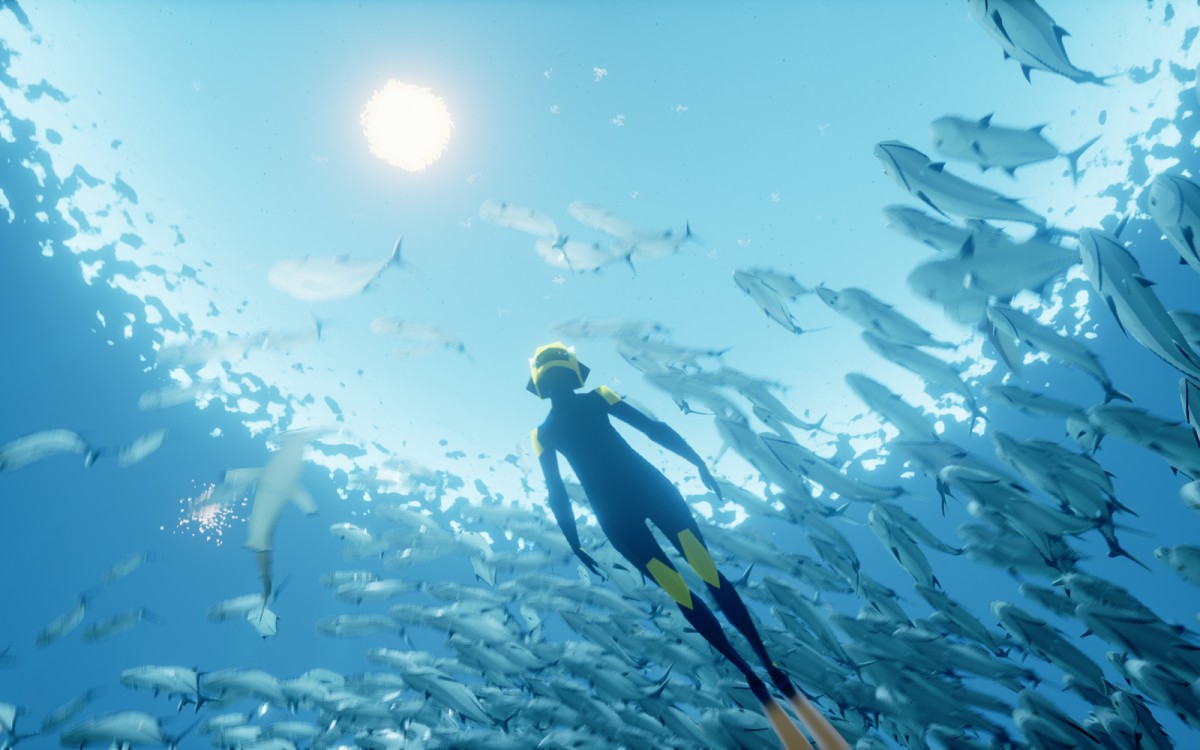 Ghosts of the Past

The main focus of the game is gentle exploration and building a relationship with the animals and the ocean itself. Gameplay even includes a “meditation” action which allows the player to observe one nearby creature at a time – and it is amazing just how many different species are represented. Familiar faces, such as dolphins, orcas, and whales, are presented alongside lesser-known endangered species (like the humphead wrasse and eagle rays) and even a few extinct ones (including elasmosaurus and helicoprion).

Watching these long-lost creatures of the deep is an emotional experience not just because of the beauty of the scene, but because it highlights just how much we’ve lost over the years – mostly because of our own harmful choices as a species. Though it’s difficult to say just how many animals have gone extinct due to human activity, it’s estimated that overall species loss is 1,000 to 10,000 times higher than the natural extinction rate. According to a 2015 study, marine species loss, in particular, has been growing at a rapid rate. In fact, according to Douglas J. McCauley (one of the authors of the study), “We may be sitting on a precipice of a major extinction event.”

As the player dives deeper into “Abzu,” both literally and figuratively, tension mounts as the player crosses paths with less friendly varieties of marine life, as well as unstable land mines and other man-made hazards. There is no combat, but there is a battle to be won, and it is one environmentalists have fought, and will likely continue to fight, over and over again – the battle between nature and destructive technology.

Humanity’s oversized footprint is even more startling in real life than it is in this fictitious game. Coral reefs have declined by about 40 percent worldwide thanks to global warming, and overfishing, oil spills, and the huge, scraping nets of bottom trawlers have all wreaked untold havoc on countless marine ecosystems. Replacing fragile and biologically unique ecosystems, like that of mangrove forests, with fish farms only exacerbates the problem. Even carbon dioxide, which we typically think of as air pollution, plays a part in the deterioration of our oceans, which currently absorb as much as one-third of all global carbon dioxide emissions. This, in turn, increases the acidity of the water, which could have a drastic negative effect on biodiversity with regards to species more sensitive to changes in pH balances.

While unabashedly eco-friendly and straightforward in its message, the game is careful not to give in to oversimplification. Thanks to endless shark attack movies and the media’s obsession with their “bloodthirsty” nature, most first-time players will assume the great white shark that snaps up a friendly underwater robot early on in the game is going to be the antagonist of the story. Later, however, (spoiler alert) the player finds that same shark trapped under one of the many land mines scattered throughout the later levels of the game, and sees for the first time that, like any other innocent animal, sharks are vulnerable to human cruelty. After releasing the shark, the player begins a more amicable relationship with it. By the end of the game, the big, bad shark becomes the player’s best friend.

However, “Abzu” takes care to point out that technology isn’t inherently bad, either – it’s how it is used that makes the difference. While pollution and land mines are an obvious threat which must be dealt with, the small ROV-like robots which help the player navigate through each level are peaceful contraptions. Unlike the land mines, they seem to be designed purely for scientific observation and assistance, not war. 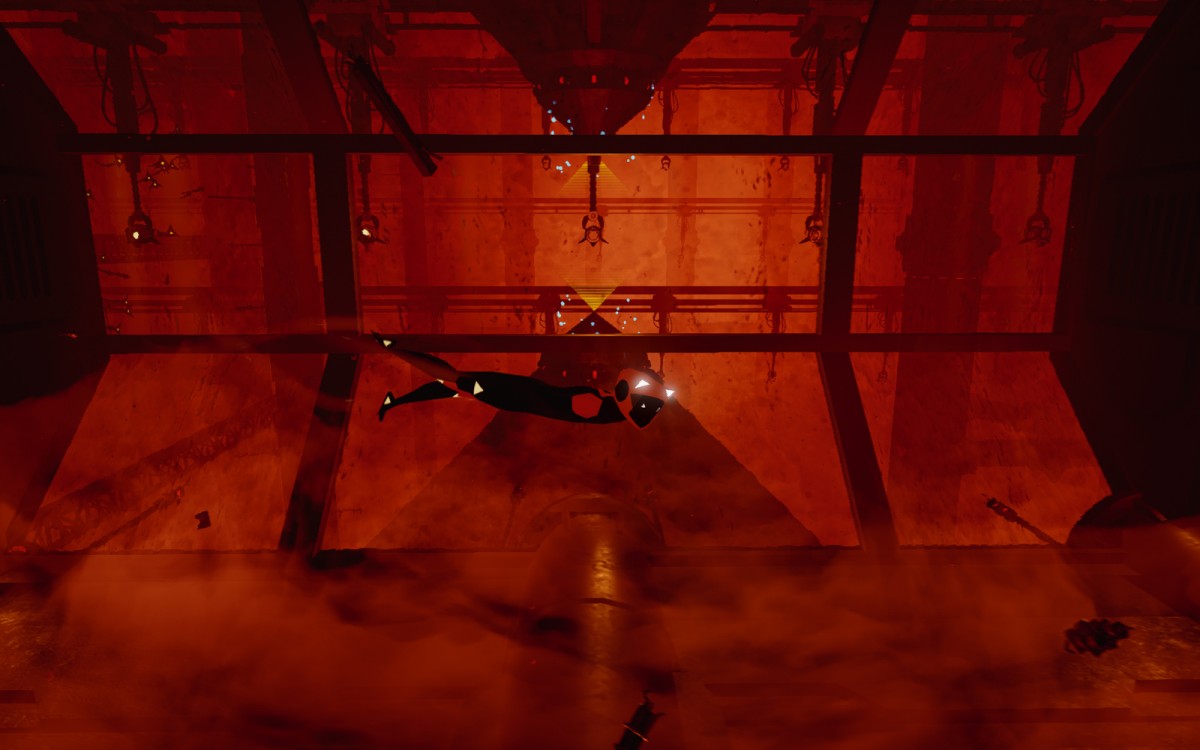 Similarly, real-life scientists and inventors have been developing technologies to combat the ill effects of pollution and other human-related hazards. The Ocean Cleanup, for instance, is working towards a passive method of removing ocean debris on a large scale. Liquid Robotics has developed an autonomous wave-and-solar-powered robot called Wave Glider, which can collect and transmit data on both weather and water conditions for scientists to catalog and analyze. UK-based Safety Net Technologies, meanwhile, sell tech which is specifically designed to allow juvenile and unwanted marine species to escape nets designed for commercial fishing.

As the developers of both these technologies and “Abzu” would tell us, not all technology is an evil. When done right, technology is capable of not just harming the environment, but healing it as well. It is a lesson we would all do well to take to heart.