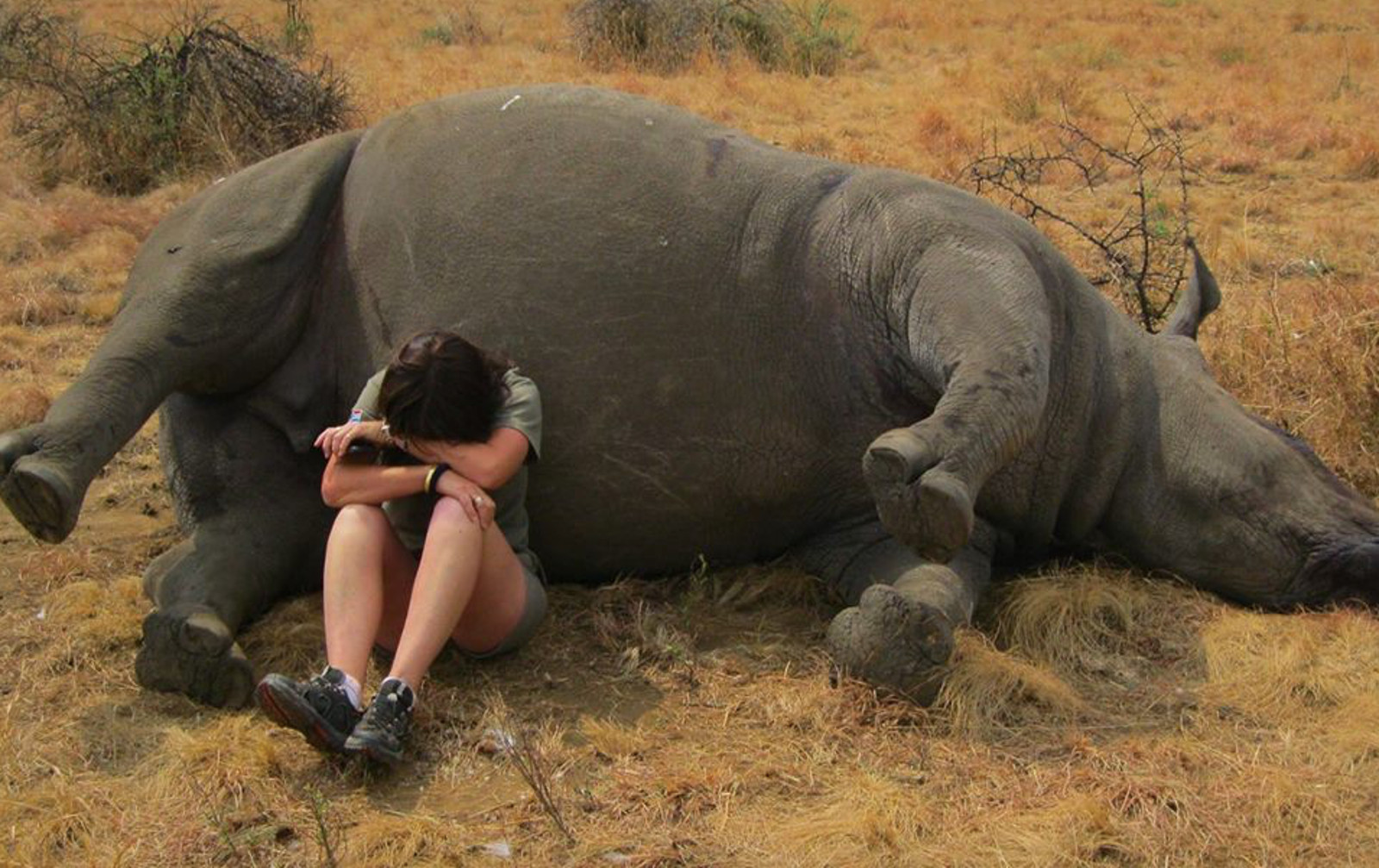 Few animal species are more revered and admired than the rhinoceros. These gentle giants are renowned for their grace, their dignity, and their ability to form close emotional bonds with one another. However, the tragic news is that because of human greed, they may not continue to exist on our planet for much longer.

A harmful myth that these animals’ horns contain medicinal properties has been responsible for the progressive decline of the species in recent decades. In reality, a rhino’s horn is composed of a protein called keratin (the same protein that makes up human hair and nails) so any supposed “benefits” that someone believes they might derive from consuming the horn could be obtained by biting their own fingernails. However, the myth of rhino horn’s purported “medicinal properties” has had a devastating impact on the species.

The Javan rhinoceros was declared extinct in 2011, while the Western Black rhinoceros suffered the same fate in 2013. The Sumatran and Black Rhino subspecies are currently classified as “critically endangered” by the International Union for the Conservation of Nature (IUCN). Following the death of Nola – one of only four remaining Northern White Rhinos – last November, the outlook for this subspecies is also looking extremely bleak. An average of three rhinos are killed for their horns every single day.

Park rangers and wildlife protection workers are on the front lines of the fight against illegal wildlife poaching. With armed poaching gangs constantly on the lookout for opportunities to profit from the killing of endangered animals, the brave individuals who have dedicated their lives to protecting them must be ever-vigilant too. Anti-poaching teams such as the Black Mambas of South Africa have achieved incredible success rates over the past few years, but there is no doubt that their job can be incredibly difficult. Rangers and wildlife protection officers sometimes lose their lives in the struggle to protect endangered animals.

As this photo demonstrates, the emotional toll that their work takes can be truly crushing too. 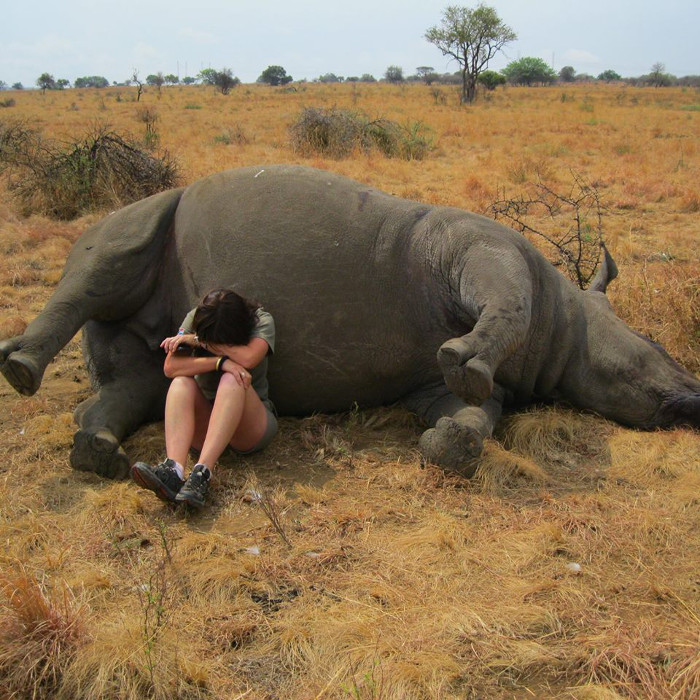 The picture was taken in the Mankwe Wildlife Reserve, South Africa, and shows worker Lynne McTavish grieving for a rhino on the reserve who had been tragically killed by poachers. Imgur user Speldhurst, who shared this powerful photograph, said, “I have met this woman and her team and they sacrifice everything they have daily in the fight against poachers. I have seen them care for the very rhinos that are now dead; with hourly patrols, daily counts and countless checkups. Their selflessness and extraordinary kindness are like nothing else I’ve ever experienced in my entire life.” It is difficult for those of us who have never worked on the frontline of the anti-poaching struggle to ever imagine the sorrow that McTavish felt on learning that one of the rhinos she works so passionately to save had been brutally killed.

Want to know how you can help these important animals? Here are a few suggestions.

You can play a more active role in the fight against wildlife poaching by getting involved with World Rhino Day (set to take place on September 22) or the Global March for Elephants and Rhinos, which will take place in cities around the world on September 24. Another fantastic way to help is by supporting the work of the organizations listed below.