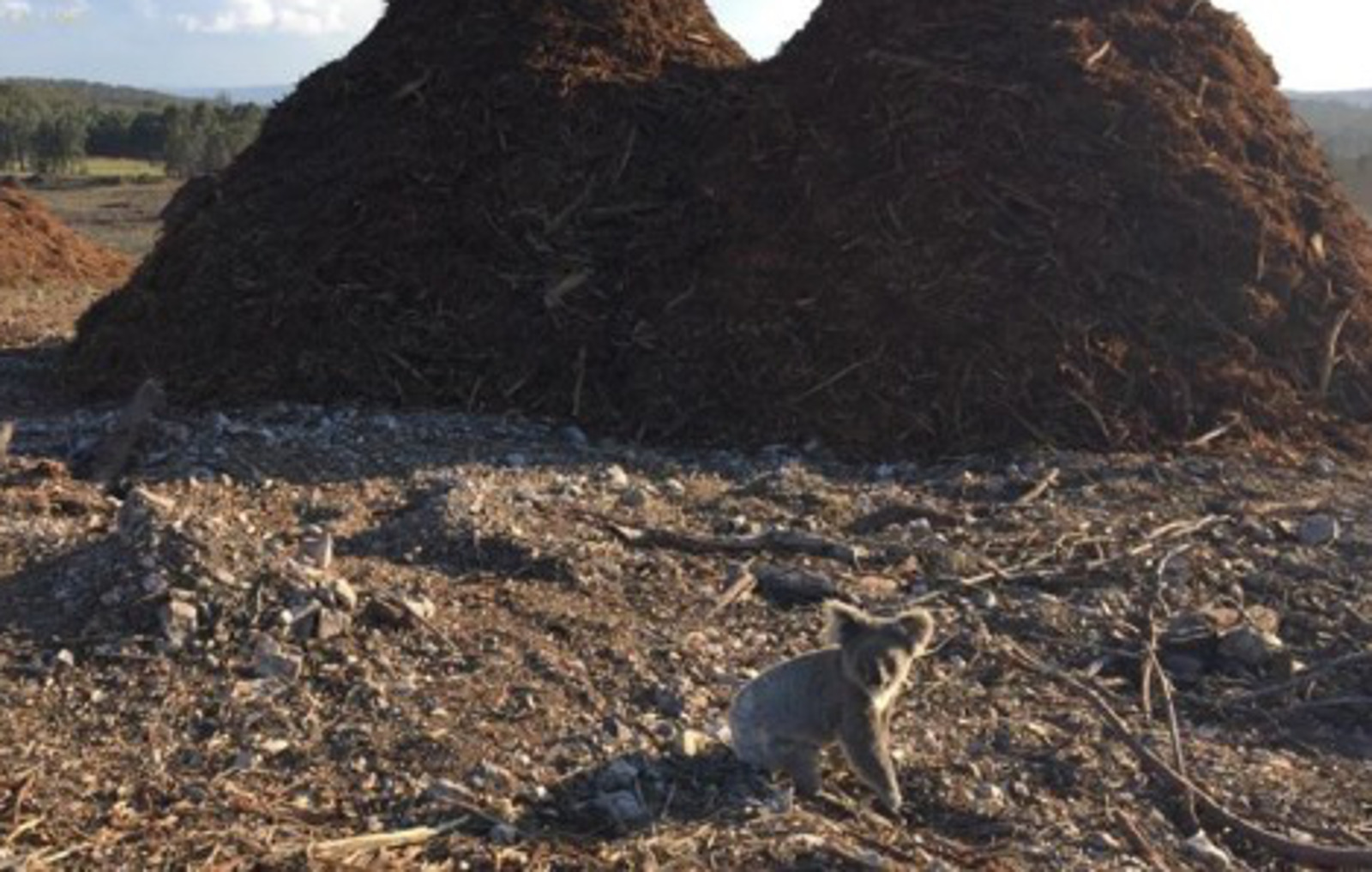 If a picture is worth a thousand words, then this photo, posted by Wildcare Australia, speaks volumes about the grim future in store for many of the world’s wildlife populations. 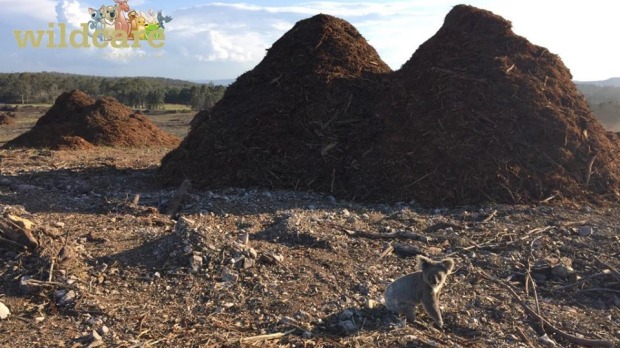 The animal, who has since been taken to the Currumbin Wildlife Hospital, was spotted meandering through a construction site in Pimpama, Queensland that was forest land only a few weeks ago. Prior to the start of construction, the Gold Coast City Council, in cooperation with the people at the Koala Conservation Project made sure to remove any animals that they could find. However, because koalas are creatures of habit who regularly return to the same areas to feed, many of the animals are returning to find that there is nothing left. This heartbreaking scene is becoming all too common as Australia, like many other places, is clearing new land for human habitation.

Karen Scott, a representative of Wildcare Australia spoke with the Brisbane Times about this issue: “I think a lot of people see cleared areas and they realize in the back of their mind it was once habitat for wildlife but until you see a photo like that, you don’t realise that a koala, which is supposed to be an iconic Australian species, has no home left.”

Ms Scott continued, “And it’s not just koalas, every species that lived there…all of those animals have either been killed or lost their homes…When you look at a photo like that, you can see that while birds can fly away, a lot of smaller, slower moving animals are not going to move away…We’re getting them in because they are hit by cars and attacked by dogs, a number of koalas are found wandering frantically across highways and into suburban backyards….It’s not an oddity, this is just happening everywhere.”

In Queensland, almost 700,000 hectares of wooded land was cleared for development in 2014 alone. With nowhere else to go, many of the estimated 1,000 wild koalas left on the Gold Coast are finding themselves getting dangerously close to roads and other human hazards, a mistake which can cost them their lives.

Wildcare Australia reports rescuing about 150 of these animals each year. With koala populations rapidly declining, they too may soon find themselves on the world’s ever-growing endangered species list. With scenes like this happening all over the world, we must pay attention. Without new conservation efforts, wild animals will one day be a thing of the past, with the human animal following closely behind.