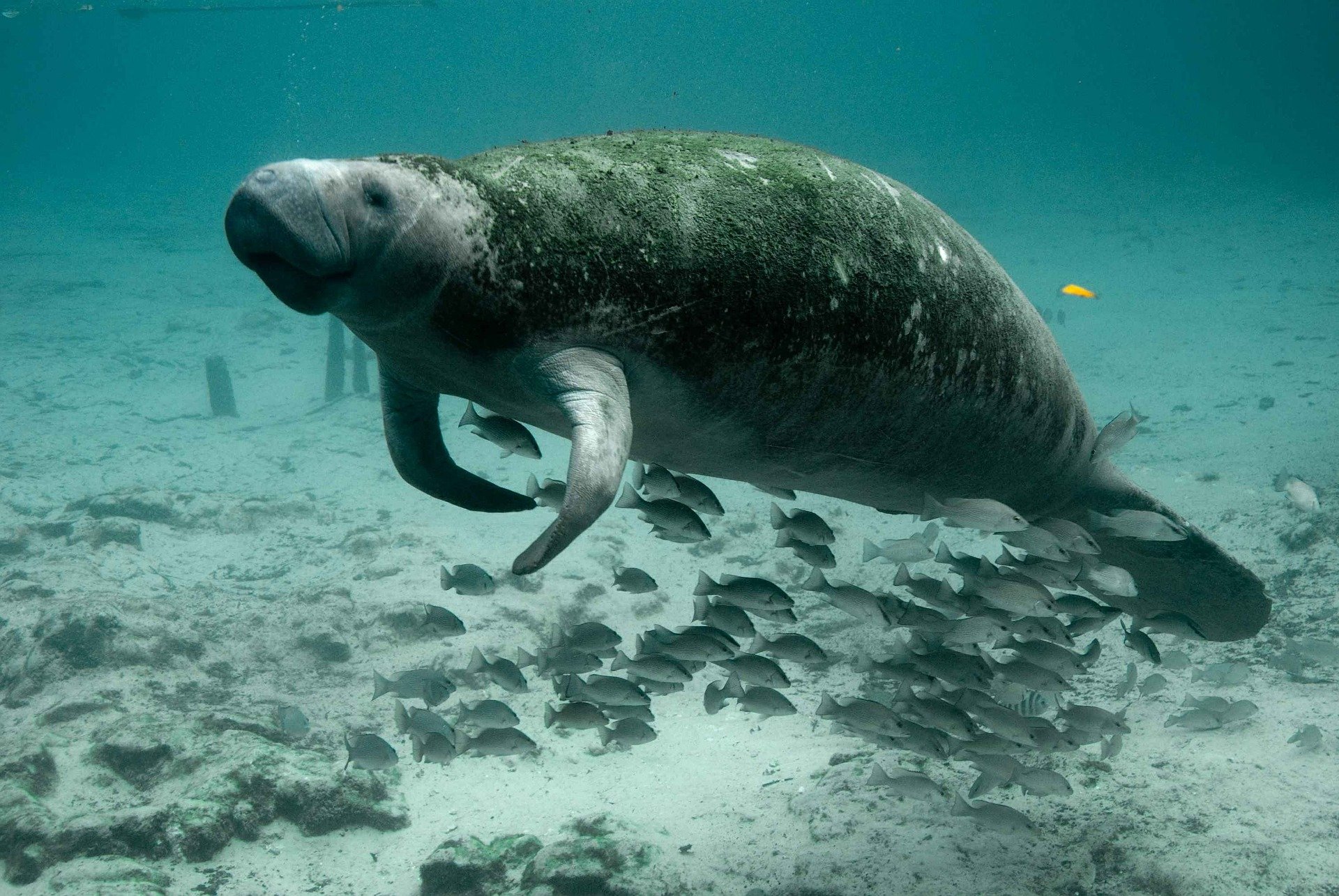 According to The Guardian, more manatees have died in 2021 in Florida compared to any other recorded year. Starvation is the main reason for the fatalities as seagrass beds diminish.

As reported by The Florida Fish & Wildlife Conservation Commission, 841 manatees died between the 1st of January and the 2nd of July. The previously highest recorded amount of deaths was in 2013 when 830 manatees died from a toxic red tide outbreak.

Over half of the deaths happened in the Indian River Lagoon, specifically in Brevard.

Water pollution is a potential cause of seagrass beds dying. Manatees can consume 10 percent of their body weight in water grasses in a day, it is their primary food source. “Most deaths occurred during the colder months when manatees migrated to and through the Indian River Lagoon, where the majority of seagrass has died off,” wrote Florida’s Fish and Wildlife Research Institute.

Boating accidents also kill a large number of manatees every year. At least 63 manatees were killed by boat strikes this year alone.

While the manatee is considered endangered by the federal government, its classification changed to ‘threatened’ in 2017. As more and more manatees perish, environmentalists are pushing for the species to be reclassified as endangered. However, 6,300 manatees currently live in Florida waters, 1,300 more than there were in the 1990s.