Ghost Fishing Gear Is Devastating Marine Life: How We’re Working to End This 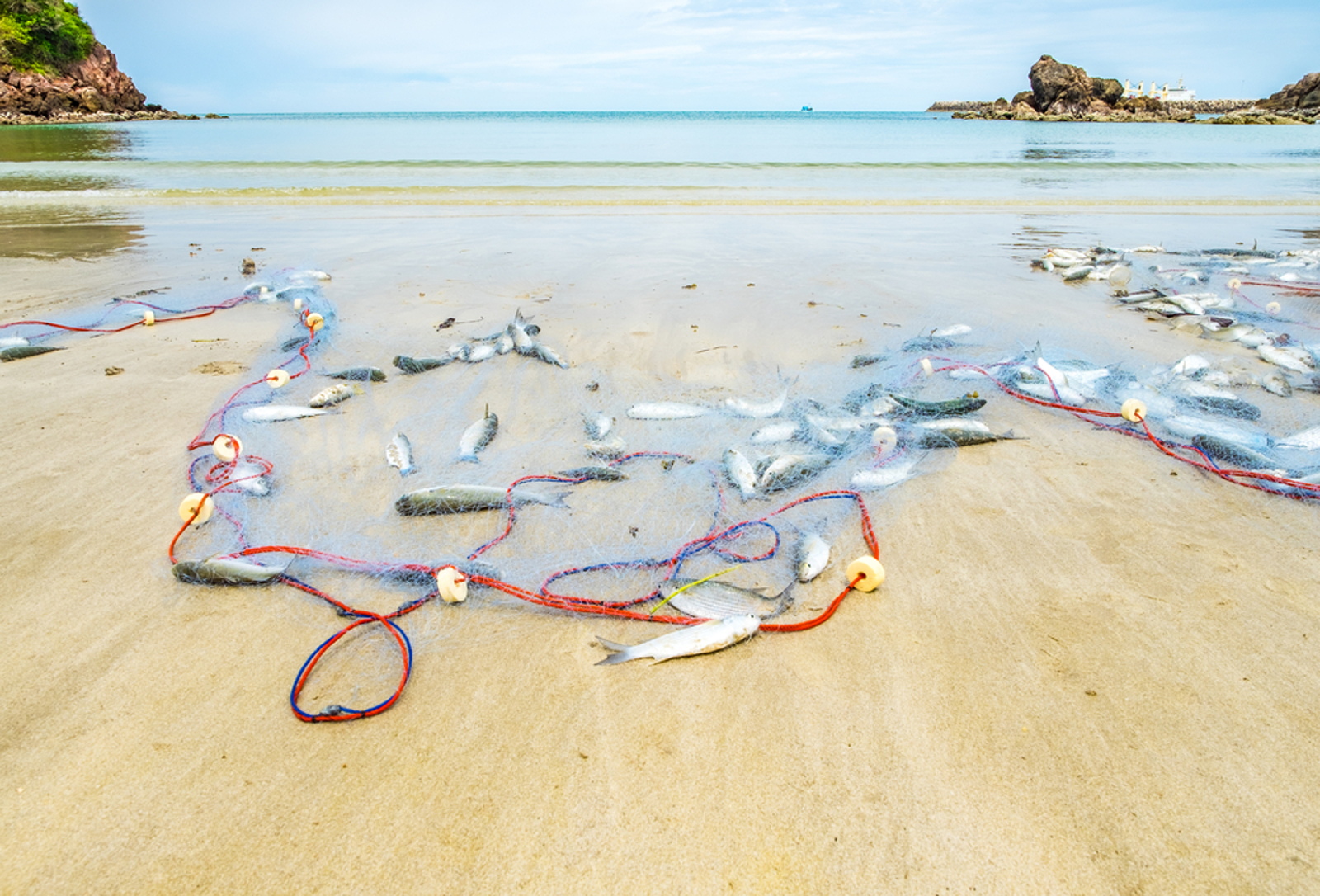 It is estimated that for every 125 tons of fish caught, around a ton of ghost gear – lost or abandoned fishing gear – is left in the ocean, where it becomes a floating death trap for marine animals, including whales, seals, turtles and birds.

We recently blogged about our work to get action taken on the issue of ghost gear at the highest level, via the United Nations (UN). Recently, this work continued in earnest as we attended the Food and Agriculture Organization (FAO) of the UN’s biennial Committee on Fisheries (COFI) meeting in Rome.

Standing up for Sea Life

COFI is the only global inter-governmental forum where major international fisheries and aquaculture issues are examined, recommendations are made, and global agreements between governments are negotiated. This is why it’s vital for World Animal Protection to have a voice there. It’s a golden opportunity to get our message across to decision makers who can make a difference at a global level.

There were many other issues raised at the meeting, all vying for attention. We certainly had our work cut out to ensure governments understood the urgency of the growing ghost gear threat and their role in preventing it.

Our Sea Change campaign team has been preparing for this meeting for a long time. In fact, our work began in 2014, when we attended the last meeting and successfully persuaded a significant number of governments to express concern about the issue of ghost gear.

Introducing International Guidelines for the Marking of Fishing Gear

After the 2014 COFI meeting, the FAO brought together a group of international experts (including World Animal Protection) to discuss and develop best practice for the marking of fishing gear.

Marking fishing gear to identify who owns it, and sometimes its location and position, may sound simple, but it is hugely important. It will enable the origins of fishing gear to be known, regardless of where it is found, so solutions to problems it is causing can be targeted appropriately. It will help fishermen retrieve gear they have accidentally lost, dissuade them from deliberately abandoning it, and will also help identify fishing practices taking place illegally.

Ultimately, the marking of fishing gear will reduce the amount of ghost gear in our oceans, and in turn will protect sea animals from ghost gear-induced injury, suffering, and death.

Supporting Rescuers as They Save Sea Animals

As a result of our partnership with the International Whaling Commission’s Whale Entanglement Response Network, we have been party to many a frustrated discussion among whale rescuers. They tell of hours and days spent desperately trying to untangle individual whales from fishing gear, and the injuries these poor creatures are often left with, even after disentanglement. And yet if they cannot identify where the fishing gear has come from, they are unable to do anything to prevent the suffering and death of the next whale.

This is a problem that a universal system for marking fishing gear could solve.

We are delighted that governments support the development of International Guidelines for the Marking of Fishing gear. With the backing of COFI, the FAO will now bring together governments and other organizations to help refine the guidelines so they are suitable for international use. We hope that at the next COFI meeting in 2018, the guidelines will be finalized and supported by governments.

At World Animal Protection, we realize that decisions like this might sound far removed from the horrible reality of animal suffering. However, this is an important decision that we believe will ultimately save the lives of millions of whales, seals, turtles, birds and fish in years to come.

Find out more about the work we’re doing to tackle ghost gear through our Sea Change campaign.