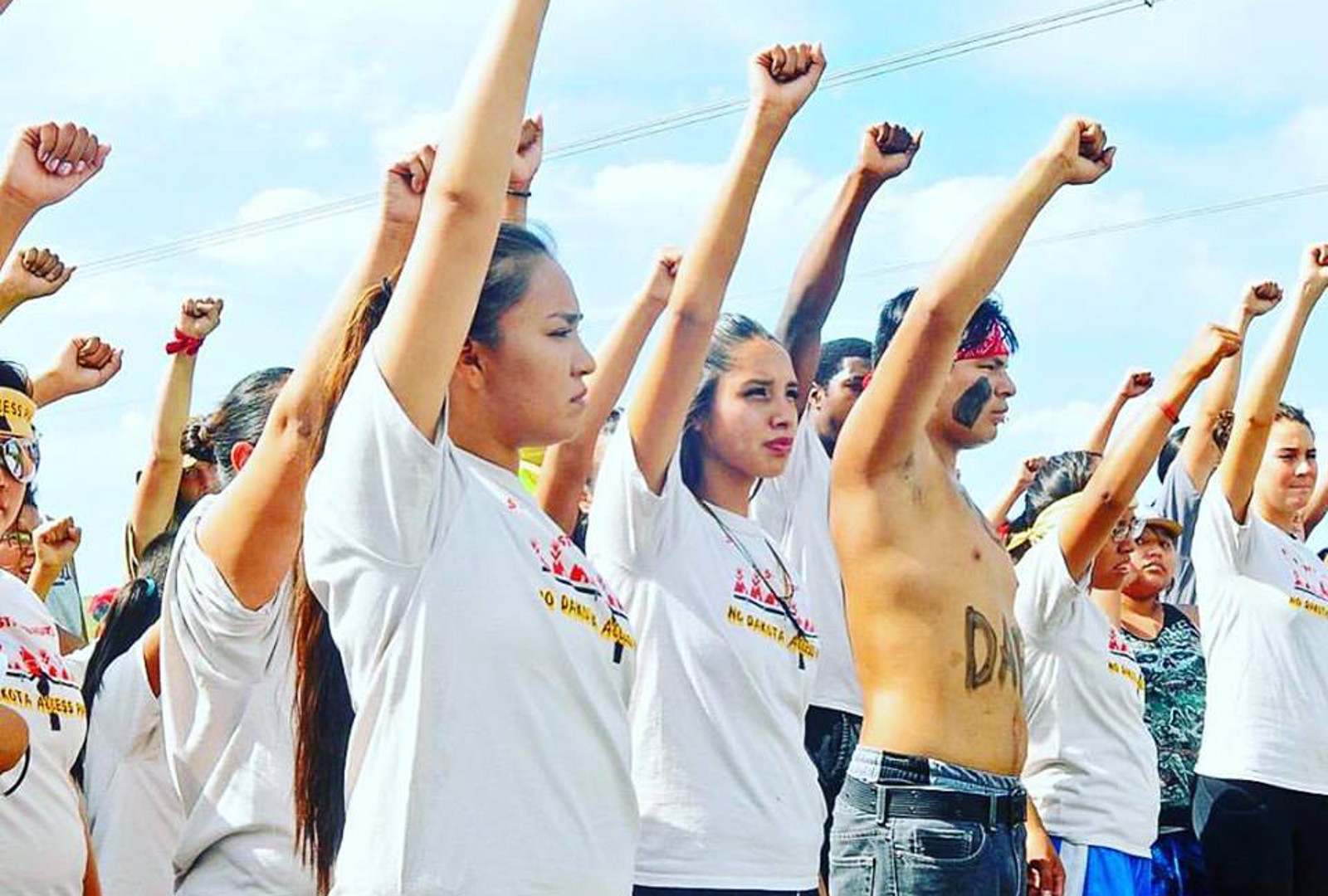 The Standing Rock Sioux Reservation encompasses 2.3 million acres of land in North Dakota and is home to more than 8,000 members of the Sioux tribe. For the past several months, the people of the reservation have been fighting to protect their sacred lands and precious water supply from potential destruction in the form of the Dakota Access oil pipeline.

“Water is life,” according to the Sioux. In a land where surface water and shallow groundwater are scarce and unreliable sources of water, the Missouri River has become a vital water supply for both the people and the wildlife who have made the reservation their home.

For Rezpect Our Water, an activist group of Sioux leading the charge against Dakota Access, water is the main concern when it comes to preventing construction near the reservation. The pipeline, a $4 billion project which is planned to carry about  470,000 barrels of crude oil from North Dakota to Illinois, would cross under the Missouri River less than a mile from Standing Rock. Despite the oil company’s assurances regarding the safety of the project, those opposed to the pipeline remain unconvinced. As Leonardo DiCaprio worded it in an Instagram post supporting the protest, “three million gallons of oil are spilled in the USA annually. No #DakotaAccess.”

A History of Failures

Oil pipelines have proven themselves notoriously defective in the past, and few places have witnessed the tragic results of pipeline failures as often and as dramatically as North Dakota. As recently as May of this year, a mechanical failure in a Denbury Onshore pipeline flooded nearby pastureland with over 20,000 gallons of oil. A Duke University study following the spill found the ground had been saturated with ammonium, selenium, lead, and other toxic substances that can poison land and wreak havoc on an ecosystem.

Looking farther back, in 2013, North Dakota suffered one of the worst inland oil pipeline accidents ever recorded in the U.S. Over 865,000 gallons of oil were spilled after a Tesoro Logistics pipeline ruptured, shining a spotlight on the gross lack of regulations in pipeline construction. While some form of leak detection is necessary in any pipeline, there are no minimum standards for the quality of the process – leaving the door wide open to companies willing to cut corners at the risk of “mechanical failures.”

Tension between activists and the oil company hit a boiling point when construction crew disturbed land which had been legally declared sacred by the Sioux only the day before. On Saturday, September 3rd, the two sides clashed in a protest which quickly turned violent. According to the Morton County Sheriff’s office, four guards and two security dogs were injured, while a tribe spokesman reported that six protesters had been bitten by the dogs and at least 30 others were subjected to pepper spray.

The actions of the company and the construction crew made one thing blatantly clear: the pipeline is a threat not only to the ecology of the reservation but also to the culture of the people living on it. As tribe chairman David Archambault II wrote after the incident, “they ransacked the ground, clearing topsoil across a two-mile stretch. Our sacred sites were ravaged and ruined by an oil company focused solely on profit … Our people are heartbroken. Our history is destroyed. That ground is now hollow.”

Courts denied the injunction filed in July on behalf of the Sioux against the Army Corps of Engineers, the organization that approved construction of the pipeline. Though this first battle has been lost, however, the war is far from over. According to Jan Hasselman, the attorney who filed the lawsuit (along with the help of environmental group Earthjustice), the ruling will be challenged. “We will have to pursue our options with an appeal and hope that construction isn’t completed while that (appeal) process is going forward,” he told the press. “We will continue to pursue vindication of the tribe’s lawful rights even if the pipeline is complete.”

To help fight the good fight, be sure to sign the Rezpect Our Water petition protesting the construction of the pipeline. The more people speak out against this project, the better our chances are of stopping it! Then, be sure to share the story of the Standing Rock protests (and the petition link!) with as many people as you can reach. Media coverage of this important issue has been shockingly meager, but word of mouth can be just as effective if we all pitch in to bring this situation into the spotlight.