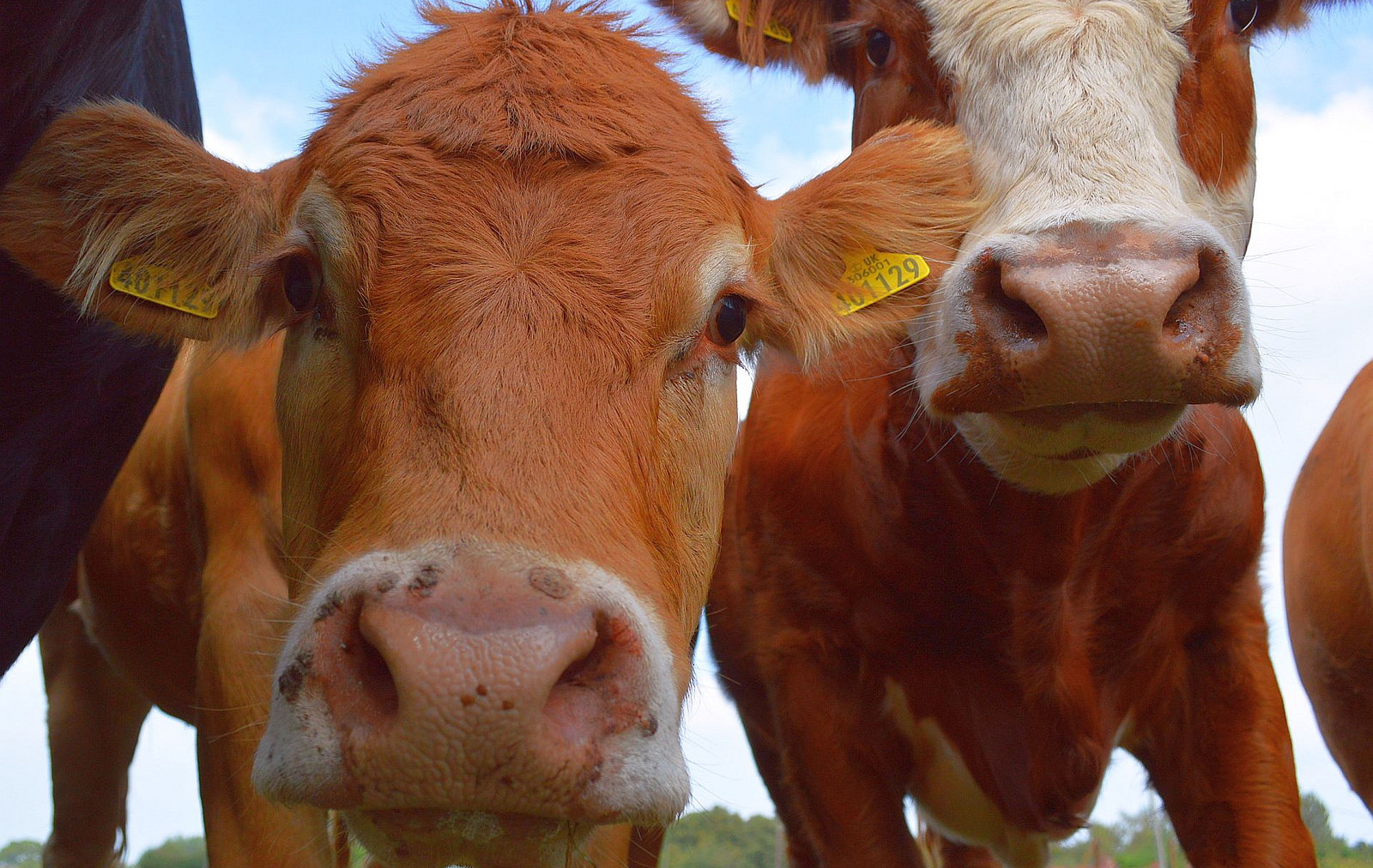 The environmental consequences of beef are finally starting to become common knowledge, but instead of reducing or eliminating it from their diets many people (commonly known as hipsters) are seeking out small-scale, “sustainably raised” grass-fed beef. In comparison to the greenhouse-gas spewing factory farm beef which comes from grain-fed cows, grass-fed grazing operations have been posited as the more “eco-friendly” option for meat-eaters. Research has shown that producing two pounds of regular, grain-fed beef creates more greenhouse gas than driving 155 miles, so surely a grass-fed burger must produce less.

Unfortunately for those chowing down on an artisanal grass-fed burger on a whole-grain ciabatta bun, there is no evidence that grass-fed beef is better for the environment. This is particularly true if that burger is not labeled organic, because grass-fed or not it is likely to contain antibiotics and hormones. The sad reality is, grass-fed beef and grain-fed beef are equally terrible in their own, unique ways.

The diversion of grass-fed and grain-fed beef occurs when the cows are “finished,” which is a term for the time before they are sent to slaughter. This can last anywhere from two months to a year. Before this time, all cows raised in U.S. start off eating grass. When they reach an age where they are sent to be “fattened” up to reach market weight, they are divided into grass-finished and grain-finished.

During this time conventional, or grain-fed, cows are kept in crowded pens and fed mainly grains—about 90 percent—along with corn, straw, alfalfa, soy, and fruit. They are also given a healthy dose of hormones and antibiotics to complete their diet and fatten them up even quicker.

Grass-fed cows, on the other hand, can only be fed what is known as “forage.” Forage refers to grass as well as a variety of vegetables and leaves. In addition, they must also be able to access a pasture to graze. This system of raising animals is more akin to the way farms used to look, but it is also highly inefficient in the eyes of the meat industry. Cows raised on factory farm feedlots are able to reach market weight in three to six months (cattle are usually around one year old when they enter feedlots). Grass-fed cattle (the more “sustainable” option) require several years of foraging to reach similar weights.

The Reality of the Situation

Another debate centers on greenhouse gases, where once again grass-fed beef fails to win the environmental argument. In fact, each pound of grass-fed beef produces 500 percent more greenhouse gases than grain-fed. Grain-fed cows also produce one-third the methane of grass-fed, partially due to their shorter life span, though both contribute to methane and nitrous oxide emissions. There is a common argument, though, that the grazing cows help produce more grass and improve the soil, which sequesters carbon dioxide underground. The validity of this argument isn’t proven, but it likely doesn’t make up for the negative impacts.

There is no debate that grass-fed beef is much more popular than it once was. Ten years ago there were about 50 suppliers of it, but now there are thousands. Even if people choose to ignore that it’s just as bad for the environment as grain-fed, they reality is grass-fed beef is produced too inefficiently to feed the world. That simple fact is reason enough not to eat them, but even if it’s not at least the hipsters have been put on notice that no matter where their burgers came from or how fancy a bun they’re served on, they certainly can’t up their “eco-conscious” cred. If they’re really concerned about looking “cool,” they should really opt for something like this plant-based Korean Kimchi BBQ Burger—looks pretty hip to us!