The Debate Ends Here. Can Grass-Fed Beef Be a Better Option for People, Animals and the Planet? 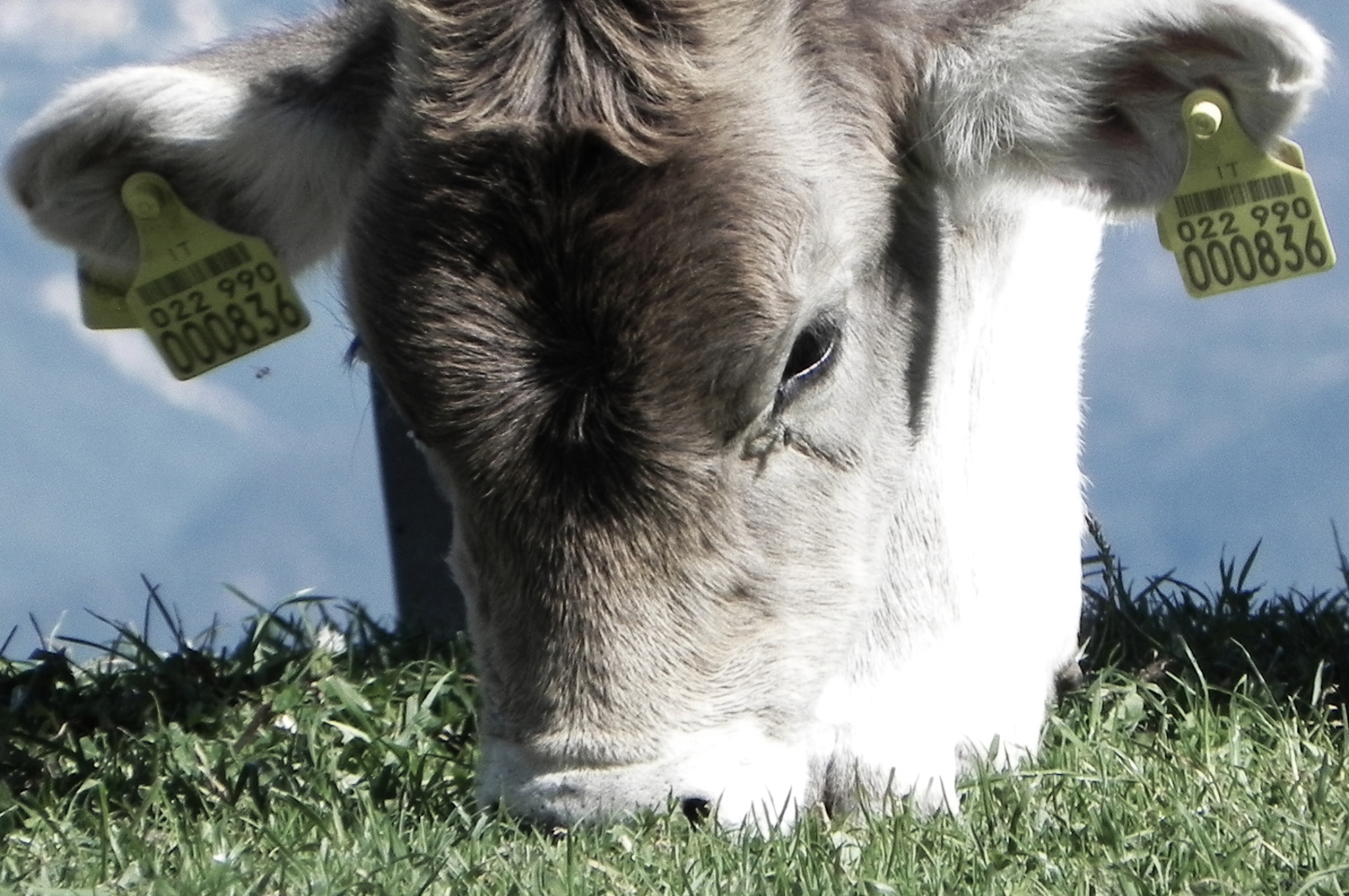 Livestock production is easily one of the most environmentally destructive processes on the planet. Between the deforestation that occurs to grow billions of pounds of soy and corn for livestock feed, and the air and water pollution caused by the enormous amounts of animal waste created on factory farms, there is very little about meat production that could be classified as environmentally sustainable.

High-volume livestock production has become the norm because it is the most economically viable option to produce maximum outputs of meat, dairy and eggs at a low cost, but it has become increasingly evident that there are many hidden costs to the planet and animals as well.

In factory farms, thousands of animals are crowded on top of one another in filthy conditions. Completely unable to express any natural behaviors, these animals become stressed and overwhelmed, making them highly susceptible to disease. Fed an unnatural diet of soy and corn to make animals reach market weight more quickly, many of the animals are prone to illness. In an effort to keep these animals alive until slaughter, farmers fill livestock feed with antibiotics and growth hormones. More and more we are learning how these hormones and antibiotics persist in the animal products we purchase in stores and the negative health impacts that they have on people are coming to light.

Some concerned consumers look to purchase meat, dairy and eggs that boast an “organic” or “all-natural” label to avoid these harmful additions. Considering the fact that around 99 percent of farm animals in the U.S. are raised in factory farms, it can be surmised that the overwhelming majority of animal products sold in U.S. markets come from these highly abused animals.

As people are made more aware of the destructive methods employed to produce the foods they purchase, they are starting to look for “better” options. Of which, grass-fed beef is one of the most popular. But when we really take a look at grass-fed beef, we have to ask whether or not this is  the best option out there.

Grass-Fed Beef and the Ecosystem

Compared to a factory farm feedlot where hundreds of cows are crowded onto a single plot of land and fed a diet of soy and antibiotics, grass-fed cows appear to be the more “natural” option. Reminiscent of farming practices of the “old days,” grass-fed cows are allowed to wander across open pastures and feed on verbiage as they please. However, this picture might not be as idyllic as you imagine it.

Firstly, all cows raised for beef begin their lives eating grass, most calves are not moved to feedlots until they are around 12-18 months old. Cows who are “grass-finished” are the only ones who forgo the feedlot and spend their entire lives grazing in pastures.

Secondly, finding space for the hundreds of cattle who are grass-finished can be a difficult task. Humans have bred and produced cattle for our own use, so they do not have a “native” environment as such. Rather, today grazing cattle compete with other (actual native) animal species for public lands. It is estimated that 41 percent of land in the U.S. is designated for grazing cattle, of this land around 270 million acres of grazing land are public lands leased by the U.S. Fish and Wildlife Service (FWS). The FWS collects a fee from farmers who graze cattle on public lands, and as a result, they actively work to “control” (and or eliminate) animal species that compete for space or pose a threat to cattle, namely wild horses and wolves. It is estimated that cattle grazing on public lands in the U.S. threatens 14 percent of endangered animals and 33 percent of endangered plant species.

And when cattle graze on public lands, they don’t exactly leave it in pristine conditions. Almost half of lands used for cattle ranching are overgrazed and subject to high erosion rates. Soil erosion poses a threat to local waterways and can cause entire ecosystems to degrade and eventually deteriorate.

Aside from the fact that cows compete for space and disturb native ecosystems, they also produce an incredible amount of methane. While some studies assert that feeding cows a diet of soy and corn causes them to produce more gas and consequently belch more methane than they normally would, recent findings show that grass-fed cows actually 40 to 60 percent more methane.

Methane is a potent greenhouse gas that has a global warming factor far higher than carbon dioxide, although it does dissipate faster. Proponents for grass-fed beef posit that having cows out in green pastures actually helps the environment to naturally mitigate greenhouse gases, absorbing excess gases before they can be released into the atmosphere. But, this can only happen if grazing operations are well-managed. And that is a big IF here. When they are not managed properly, grazing can destroy the amount of greenery in an area and create soil erosion and other environmental damage.

To make matters even more complicated, Haspel asserts that if grain systems are properly managed, utilizing crop rotation, cover crops and composting (not the traditional method used for the majority of livestock feed), grain-fed beef can also sequester greenhouse gases, lightening the impact of its production.

However, in both situations, the amount of greenhouse gases sequestered by plants does not completely neutralize the outputs of the animals themselves. It is also important to consider that grass-fed cattle use more land and water resources than their feedlot counterparts.

Okay, so we understand that from an environmental standpoint, grass-fed beef is not the most immaculate option. But what about animal welfare and human health? Grass-fed beef has been lauded for containing more omega-3s than feedlot/grain-fed beef while being antibiotic free, however, the health concerns associated with red meat persist in grass-fed beef. Alice H. Lichtenstein, a professor at Tufts University’s Friedman School of Nutrition Science and Policy, asserts that the fact that higher levels of omega-3s people may think that grass-fed beef is, in fact, good for their health and overconsume these products.

When it comes to animal welfare, expert Temple Grandin states that the cattle’s happiness is not contingent on what they are fed or where they are kept, but more so on how they are managed. If a feedlot is relatively spacious, dry and shaded, the cows can be just as “content” as they would be out at pasture. However, if either pasture or feedlot becomes damp, hot and crowded, they won’t be.

The bottom line is, there are only highly specific conditions that can make cattle production good for the planet and animals and these conditions can hardly be considered economically sustainable. Current factory farming systems exist to meet demands for animal products in an efficient way. When we start to give cattle grazing land, it only extends their scope of environmental damage and negatively impacts other animal species.

The animal agriculture world is filled with quasi-“better” options that all seem to come with a catch, however, this is a truly sustainable, animal-friendly and healthy option; a plant-based diet. Forgoing all of the problems that make people search out “less bad” animal products, a plant-based diet has been proven to be the real best.