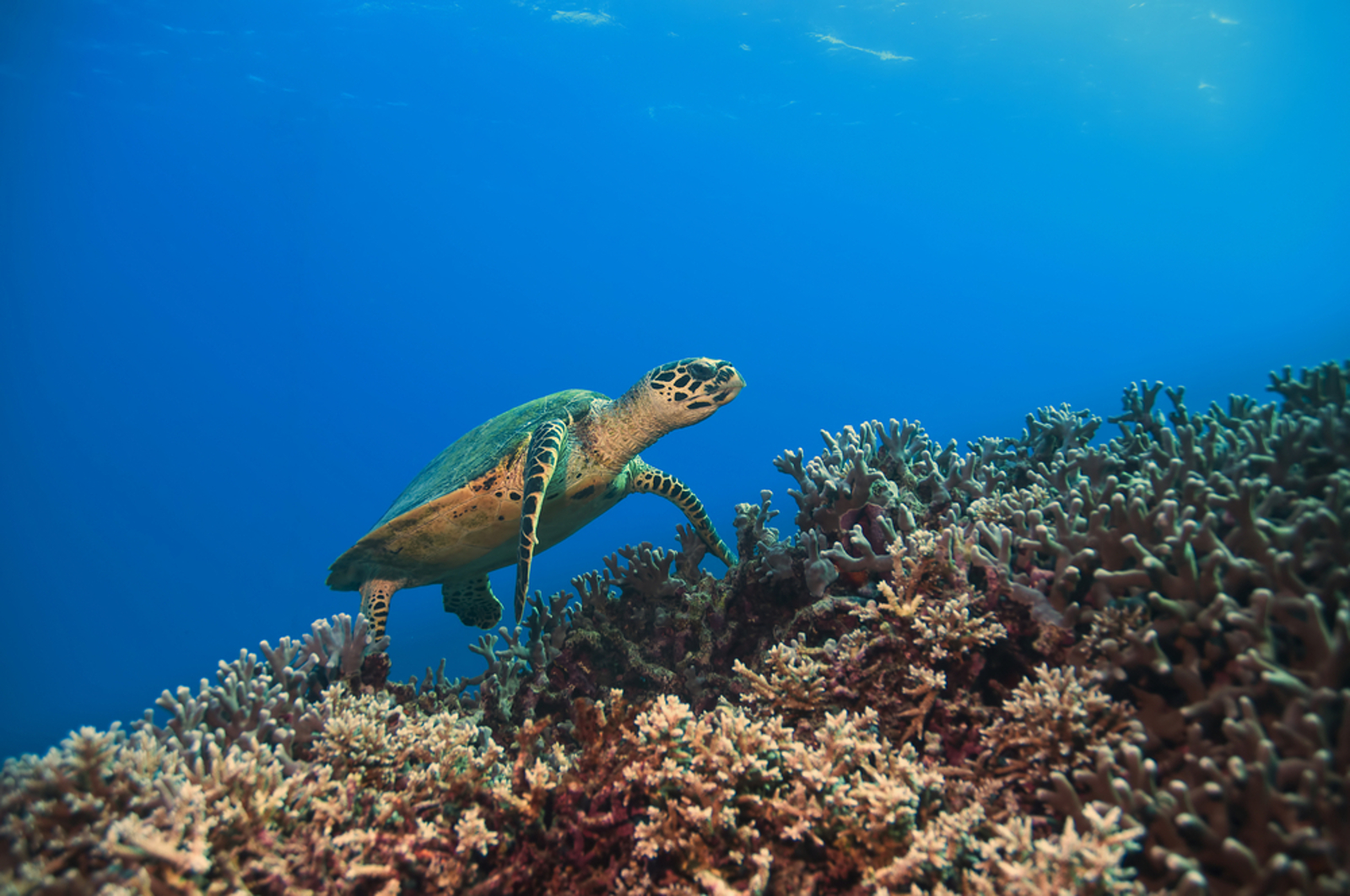 Australia’s spectacular Great Barrier Reef deserves its status as one of the world’s seven wonders, attracting over two million visitors per year. It is the only living thing on earth visible from space and is home to an abundance of marine life including 1,500 species of fish, whales, dolphins, sea turtles, stingrays, sharks, and many more. Comprising of over 3000 individual reef systems, the Great Barrier Reef is an extremely important ecosystem for this planet.

Yet, over the past thirty years, it has lost approximately 50 percent of its coral. Global warming has acted as the reef’s biggest threat with rising ocean temperatures this year causing unprecedented coral bleaching most significantly in the northern part. There is also the risk of the recent approval of a mega-coal mine that will cause mass devastation to the reef if it goes ahead. But another less known and avoidable element has also been playing a part in its destruction: animal agriculture – especially cattle farming.

Runoff from cattle farms is full of soil, pesticides, fertilizers, and toxic animal waste that causes water around the reefs to become dirty and cloudy. When this water becomes muddy it blocks out sunlight and makes it difficult for reefs to photosynthesize, which they need to survive, for coral growth and reproduction.

Recently, the Australian Government purchased a huge Cape York Cattle Station in Northern Queensland, for seven million dollars in an attempt to stop the hundreds of thousands of tons of sediment pollution that flow from the farm, catches into the river system that ultimately flow out onto the Great Barrier Reef. Springvale, the cattle station purchased, was alone outputting 500,000 tons of sediment into the reef every year, inflicting titanic amounts of damage on the delicate ecosystem. This is just one farm. And this is just one area of the world’s reef.

Around the globe, reefs are facing the same bleaching catastrophes and devastation that are happening to the Great Barrier Reef and likewise, are also having to contend with contamination from the increasing rate of pollution caused by animal agriculture, driven by our insatiable desire for meat consumption. Even if they are not classified as “world heritage sites,” globally reefs contain 25 percent of the ocean’s biodiversity and yet already 27 percent have been destroyed; it is time we take drastic action to stop this and make conditions as prime as possible for any amount of recovery that may still be able to happen.

The purchase of Springvale cattle station, part of the “Reef 2050 plan,” is the first time a government has bought land to protect the world heritage site from the runoff from agriculture. It will result in 40 percent less sediment into the Normandy River, the river responsible for 50 percent of total runoff into the already severely damaged northern parts of the Great Barrier Reef. The purchase also acknowledges the fact that our taste palate for meat is coming at a cost of destroying our environment.

The government has not ruled out purchasing more of these farming properties that are responsible doing a mountain of harm, making it much harder for any possibility of the reefs to be able to recover from the mass bleaching.

With bleaching from global climate change and sediment run-off being some of the worst contenders for destroying the Great Barrier Reef, we can no longer escape the blatant environmental costs of raising and consuming beef. Other costs include:

What We Can Do To Save the Great Barrier Reef

We need to act now if we want to save the Great Barrier Reef, the world’s largest and most complex reef ecosystems, and home to 600 types of coral and around 5000 different sea creatures. Land management regulations need to be put into place by the Australian government to decrease sediment pollution from animal agriculture and there needs to be increased worldwide pressure against the approved coal mine that will affect the reef.

Each of us can personally play a part to reduce global warming with what we put on our plates.  As the leading organization at the forefront of the conscious consumerism movement, it is One Green Planet’s view that our food choices have the power to heal the damage done to our global ecosystems and pave the way for a truly sustainable future.