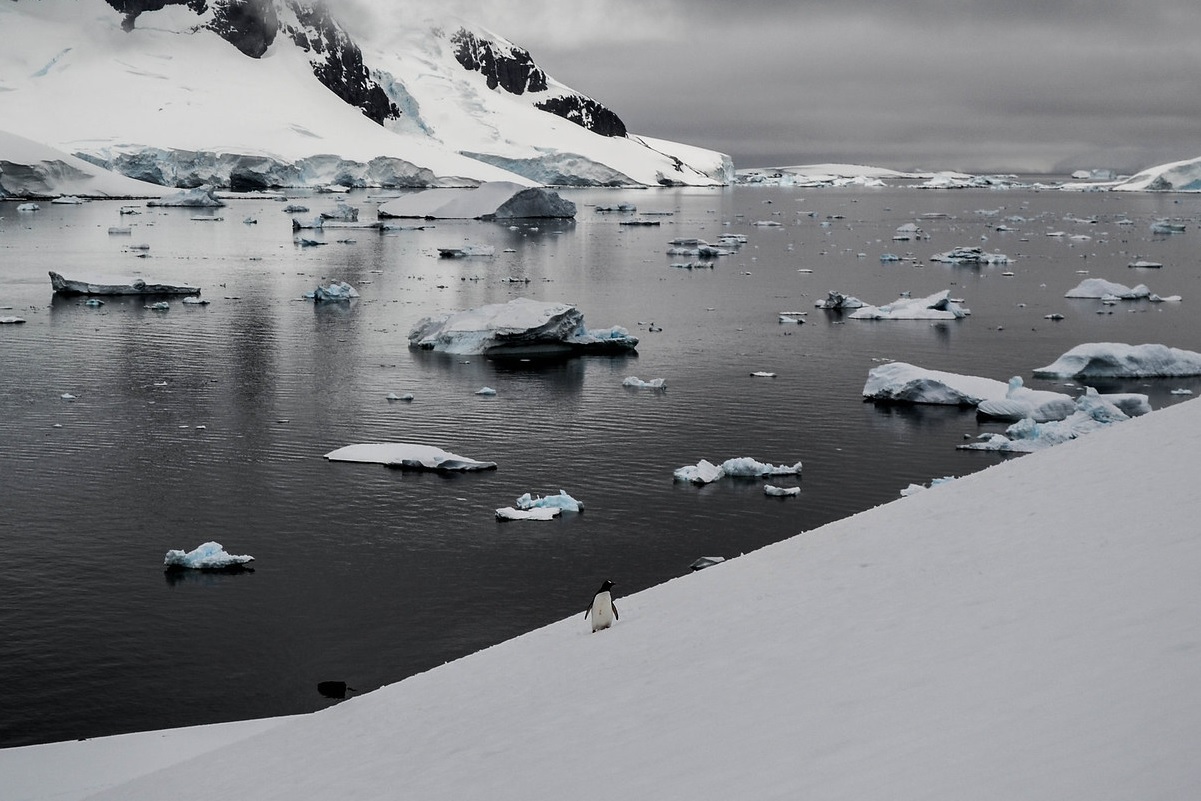 Studies have shown that there’s very little of the Earth today that’s completely ‘untouched‘ by humans. But recent analysis offered a mind-bending insight into how deep homo sapiens’ impact goes. It found that, by causing global warming that drives dramatic ice loss at the poles, human activities are essentially contorting the Earth’s crust.

Intense at the Poles

Global warming, which is largely due to the burning of fossil fuels, is having a significant impact on the planet. It’s, for example, warming and acidifying the ocean. This is, in turn, killing coral reefs.

The poles in particular are warming faster than the rest of the world, with some variation in different parts of Antarctica. In these frozen regions, the warming is melting ice at extensive rates. The Arctic, for example, whittled down to its second-lowest ever amount of ice in 2020. The Arctic is a frozen ocean that thaws to a certain extent every summer.

In contrast, the Antarctic is an ice-covered continent and collection of islands, with ice shelves jutting out from them. As NASA has pointed out, between 2002 and 2020 Antarctica lost around 149bn metric tons of ice annually, largely from West Antarctica (the islands).

Ice melt, which happens due to more heat in both the atmosphere and the ocean, impacts the wider world in several ways. In Antarctica, melting ice leads to global sea-level rise. Most of the ice there is on land, so when it melts and flows into the ocean, it adds volume to it. The same isn’t true of the Arctic, as a frozen ocean. However, melting from the Greenland ice sheet and islands in the Arctic also leads to sea-level rise.

Ice is highly reflective too, so when it melts more heat from the sun can penetrate the planet. As such, the loss of ice essentially weakens the Earth’s ability to stem global warming. Meanwhile, studies have shown that ice melt in both the Arctic and Antarctica could be impacting weather patterns as far away as the tropics.

A paper released in September also found that ice melt is leading to a contortion of the Earth’s crust. This is because the Earth is responding – fluidly – to the changing landscape. As one of the paper’s authors, Sophie Coulson, explained: “Think of a wooden board floating on top of a tub of water. When you push the board down, you would have the water beneath moving down. If you pick it up, you’ll see the water moving vertically to fill that space.”

In Coulson’s imagery, the tub of water is the Earth. So when ice melts and its water distributes, the Earth’s crust reacts to the changing pressures from above. Logically, one would expect the crust to expand upwards, in the location where the ice’s pressure vanishes. But the paper found that “Horizontal motions associated with ice-mass loss exceed vertical rates in many far-field areas.”

Researchers based the paper’s findings, which Geophysical Research Letters published, on ice melt satellite data from 2003 to 2018 and analysis of the movement of the Earth’s crust.

Consequences of the crust’s contortion

The changing crust can, in turn, affect the remaining ice, according to the paper. Coulson said: “In some parts of Antarctica, for example, the rebounding of the crust is changing the slope of the bedrock under the ice sheet, and that can affect the ice dynamics.”

Meanwhile, IFLScience reported that the crust’s movement may also help to explain why some areas of the world have experienced sea level drops, not rises, in recent years. This could be due to the crust rebounding in certain places, it suggested.

Coulson also pointed out that crustal motion can have widespread implications for studying and understanding the Earth. She explained: “Understanding all of the factors that cause movement of the crust is really important for a wide range of Earth science problems. For example, to accurately observe tectonic motions and earthquake activity, we need to be able to separate out this motion generated by modern-day ice-mass loss.”

The study illustrates the evolving – and often surprising – understanding scientists have of how the planet is impacted by the climate crisis.

Another recent example of that changing knowledge relates to ice melange. It is a mixture of frozen ocean water, snow, and iceberg rubble that typically acts as glue to bind larger ice shelf segments together. Researchers found that global warming is leading to the deterioration of this glue. They asserted that such thinning of the melange is a significant factor in the collapse of ice shelves.

Eric Rignot, a co-author of a paper on the discovery, warned: “With this in mind, we may need to rethink our estimates about the timing and extent of sea-level rise from polar ice loss—i.e., it could come sooner and with a bigger bang than expected.”

Lots of scientific writing is already firmly on the wall, however, in terms of how the poles are faring amid global warming.

Arctic multi-year ice, which is thicker and older, reached “one of the lowest levels in the ice age record” in 2021, according to the US National Snow and Ice Data Centre. Indeed, the 15 lowest annual minimum amounts of Arctic ice have all been recorded in the last 15 years. The satellite record stretches back 43 years. Ice loss in the Arctic has serious impacts on the wildlife there too, such as disrupting the food chain. Meanwhile, it rained on the Greenland ice sheet’s highest point in August for the first time in recorded history.

In short, although scientists will undoubtedly make more discoveries about the poles’ reaction to the climate crisis, we already know enough. It’s clear that unless we hit the emergency brake and try to retreat as quickly as possible from the planet-warming path we’re on, there are nothing but (melted) icebergs ahead.