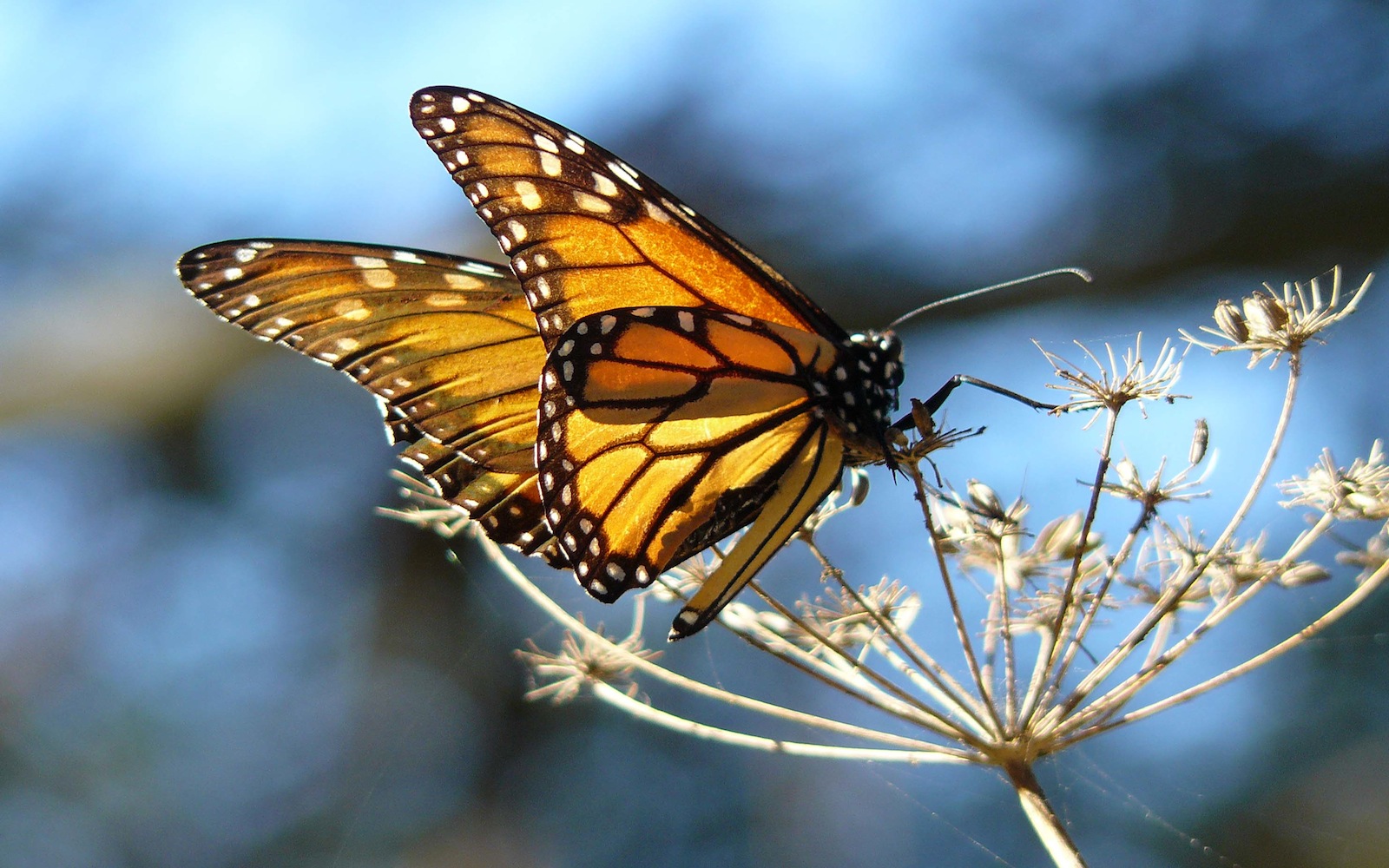 California is currently experiencing its fourth consecutive year of extreme drought. Water shortages are so serious that state residents are being forced to drastically cut back on water usage, incurring fines of $500 if they fail to do so. Lakes, rivers, and waterways have dried up; aerial photographs show acres of cracked, dusty land and trees have been so parched that entire forests have died, with large concentrations of dry wood making the region extremely susceptible to devastating forest fires.

But amidst the dry and drastic drought context, there is some good news for one particular species: the Monarch butterfly. The silver lining to California’s non-existent clouds is the return of this iconic insect to the Golden State, and what’s more, the Monarch’s recovery is directly linked to residents’ brown lawns. 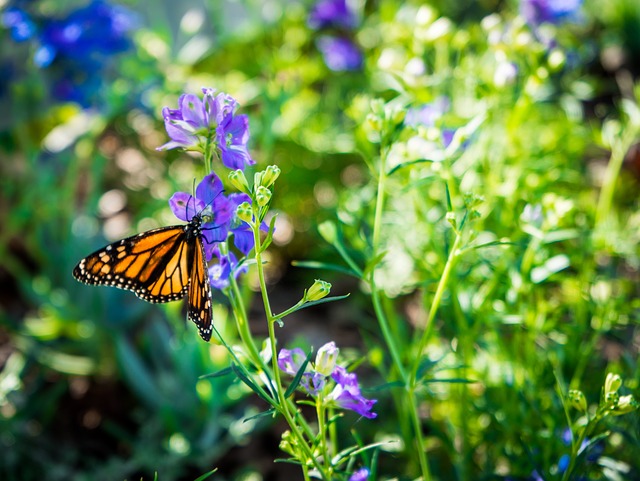 The Upsurge in Popularity of Native Plants Benefits the Monarch

An upside to the environmental catastrophe that is California’s enduring drought can be found in the positive ripple effect it has caused for Monarch butterflies. With grass lawns dying, residents have taken to planting native milkweed plants, which are much less water-intensive and can survive harsh hot and dry climates. This is good news for the Monarch, whose females only lay eggs on milkweed.

Despite not yet being listed as endangered, the Monarch butterfly is considered to be at risk by various environmental bodies, including the Center for Biological Diversity who filed a legal petition last year requesting the Monarch be listed and protected under the Endangered Species Act. The petition is currently under review by the U.S. Fish and Wildlife Service. The number of Monarch butterflies has been dwindling in recent years: over the last two decades, their population has declined by almost 90 percent.

The cause of this population decrease is manifold, but a chief factor is the agroindustrial destruction of milkweed plants, considered a pest in corn and soybean production. Since milkweed competes with these crops, it has become the target of Monsanto’s lethal “Roundup.” With the advent of Roundup-resistant corn and soy crops, farms started dousing their fields with this harmful herbicide. Researchers from the University of Minnesota estimate that the amount of milkweed in the Midwest plunged by 58 percent from 1999 to 2010, as a result of the expansion of Roundup Ready crops. During this same timeframe, monarch egg production in the regions dropped 81 percent. With milkweed being the only plant, the Monarch butterfly lays its eggs on, destruction of the plant by the agro-industry poses a direct threat to the species’ survival.

Thankfully, Californians are now being encouraged to adorn their gardens with native milkweed plants, with national incentives including distributing milkweed seeds by mail. In an effort to not only conserve water but also protect the threatened species, residents are also urged to build specific breeding habitats for the butterflies. This is good news, not only for Monarchs but for the ecosystem as a whole. 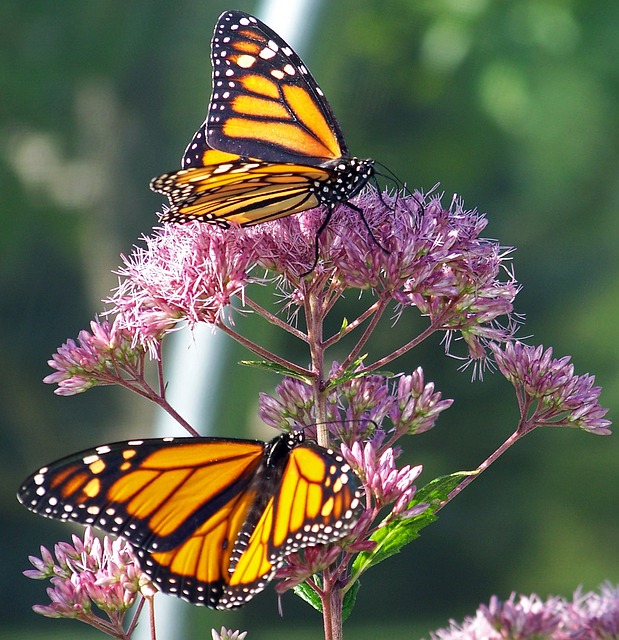 Monarchs: the Backbone of a Fragile Ecosystem

Considered the most familiar North American butterfly, the Monarch exhibits recognizable black, orange and white patterns. Even more fascinating than the metamorphosis from caterpillar to winged beauty it shares with other butterfly species is the Monarch’s multi-generational fall migration that covers thousands of miles, taking it from the U.S. and southern Canada down to Mexico and some sites in California. With individuals living only about a month, no single butterfly completes the entire journey. Yet the same migration pattern is completed year after year.

But in recent years, fewer butterflies had been returning from their long southbound journey to their native forest homes, with the loss of their vital milkweed plants playing a major part in the population’s demise.

Why is the conservation of this species a crucial matter? Aside from their intrinsic value and iconic splendor, butterflies benefit their ecosystems in a number of ways. With butterfly fossils dating back to 56 million years ago, it is clear that these avian insects play a meaningful and lasting role in our environment. They are a crucial connector in the minutely-linked network that is each ecosystem. They assist bees in pollinating plants to ensure their survival and spread, as well as act as a food source for birds and mice. The butterfly’s disappearance would engender the loss of both numerous plants and various animals, thus putting many species at risk and disrupting major ecosystems. 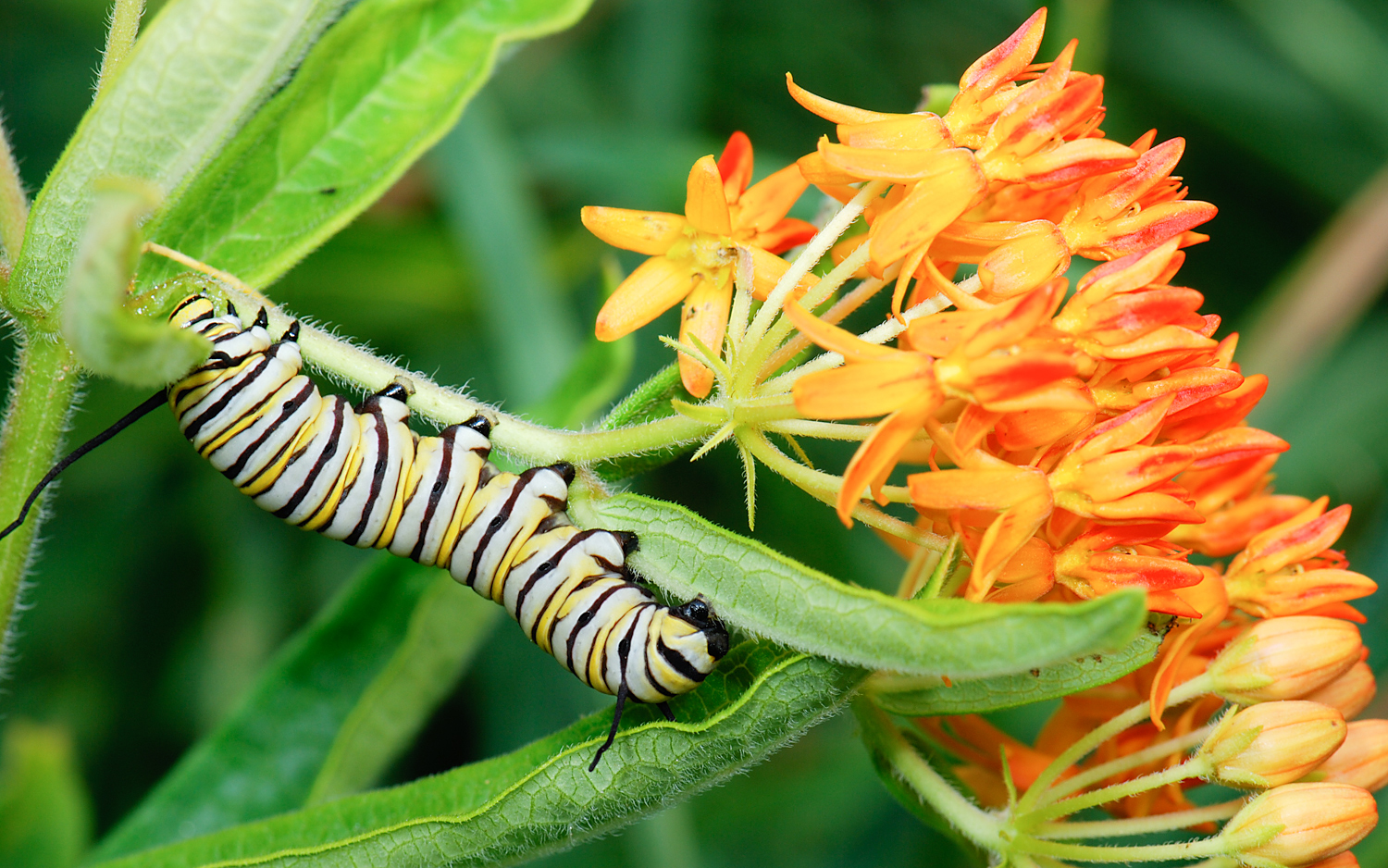 While Californian residents planting milkweed has brought a ray of hope to Monarchs, there is more that can be done to assure the survival of the valuable species. Monarch waystations can be built by planting milkweed and nectar plants to provide the egg-laying sites and energy sources essential to the butterflies’ survival. Scientists do warn against planting the more colorful tropical varieties of milkweed, which may interfere with the migration process. Indeed, while desert varieties go dormant in the winter, so-called “exotic” varieties bloom all year round, allowing females to lay eggs and distracting them from their migrating duties. Monarch Watch provides a useful guide indicating native milkweed species by state.

You can learn more about the Monarch’s plight from a number of dedicated organizations, including: Save Our Monarchs and Monarch Watch, as well as spread the word about the extinction risk this precious species faces.