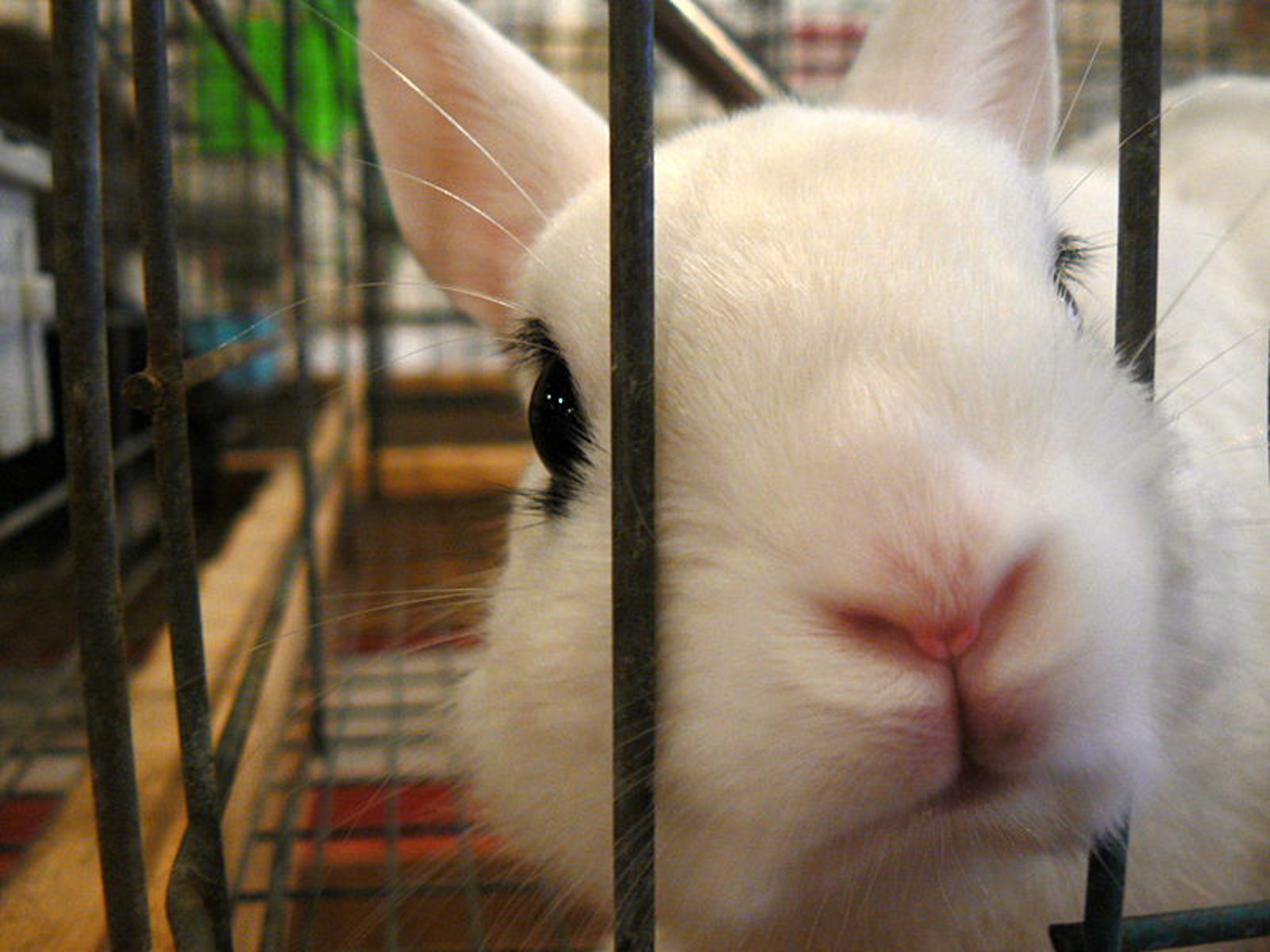 Thinking about putting mascara on your dog to see if it would cause an allergic reaction on your eyes doesn’t make much sense, does it…Well, unfortunately, this is the sort of logic that is deployed in the world of cosmetics testing. In fact, pretty much every product you use from shampoo and body wash to foundation and lipstick has been tested on an animal before it reached your bathroom cabinets. Now, I can’t say I’ve ever met a rabbit that looked significantly more beautiful with a touch of blush, so why would cosmetics companies choose to test their products on animals?

The simplest answer is that many of the things we put on our skin and hair contain harsh chemicals that could potentially cause a lot of damage over time (makes you rethink the whole “you’re worth it” thing, huh).  The FDA is responsible for regulating the safety of all cosmetics. To ensure that hazardous chemicals (that can produce an immediate negative reaction) are not being sold in cosmetics form, the FDA requires that companies adhere to the standards of the Federal Food, Drug and Cosmetic Act (passed in 1938). While this act does not specifically REQUIRE the use of animals for testing, the FDA uses the vague wording “the agency [FDA] has consistently advised cosmetic manufacturers to employ whatever testing is appropriate”…so you don’t have to use animals, but if it’s “appropriate,” then go for it!

While the FDA claims they only approve tests that follow the provisions of the Animal Welfare Act, that doesn’t mean that the tests run by third-party labs commissioned by corporations always stick to the rules. In fact, a number of undercover investigations into labs where animals are used to test cosmetics reveal that whatever laws are being “adhered” to, there seems to be very little animal welfare in mind. 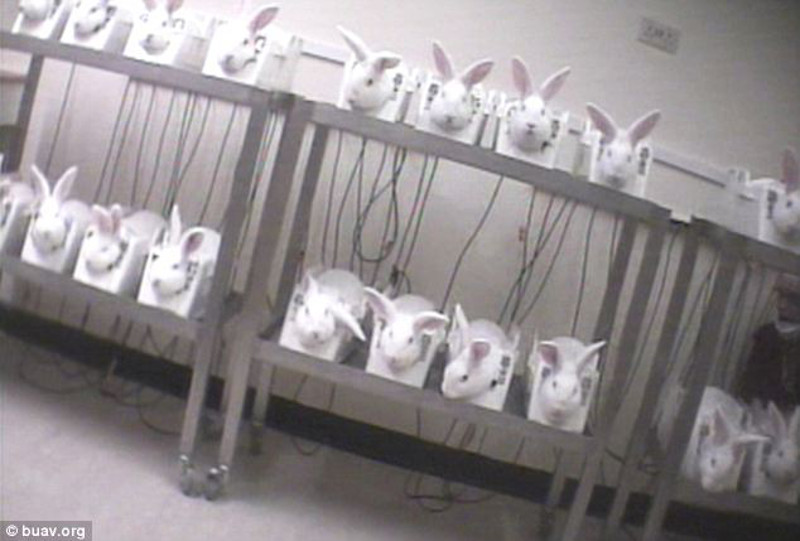 According to PETA, rabbits are routinely used to test whether chemicals used in cosmetics will cause serious skin irritation. Over the course of testing, skin irritants are applied to a shaved portion of the rabbits back while they are locked into full body restraints. No pain killers are administered to the animals. After a period of four hours, the tests are checked to determine the level of skin irritation. If the chemicals cause skin lesions or sever inflammation, they are deemed “irritants.” There is no validation that these tests can accurately detect how human skin will react to the same chemicals.

2. Rats are given Botox 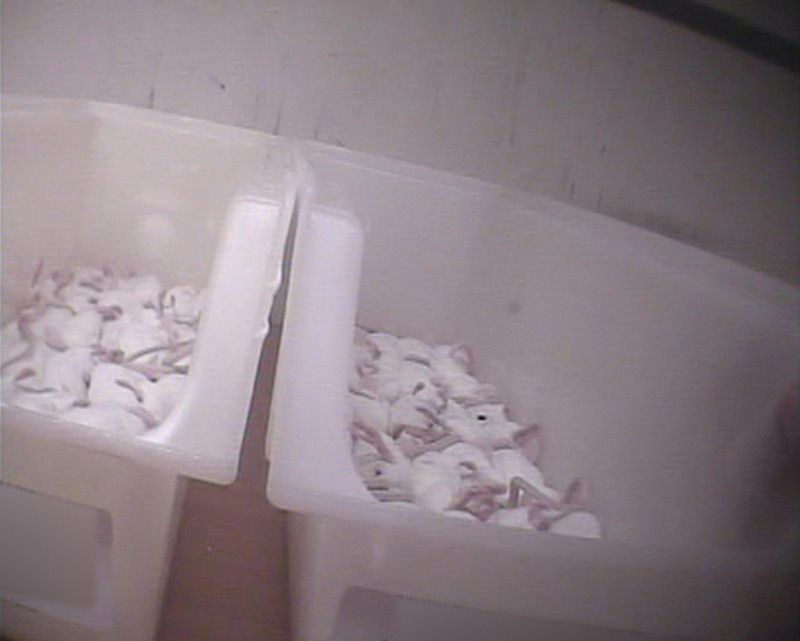 Cosmetics testing is banned in the United Kingdom, however, because Botox can be used for other “non-cosmetic” purposes, it is able to slide between the cracks and used in animal testing. According to an undercover investigation by BUAV, thousands of mice are killed every year in testing the active ingredient in Botox. Given an LD50 test, the test determines how much of a certain chemical can be administered to mice before it can be expected that 50 percent will die after being exposed (those are some reassuring odds…). All the mice who survived being poisoned were either killed in a gas chamber or by employees who used ball point pens to break mice’s necks. 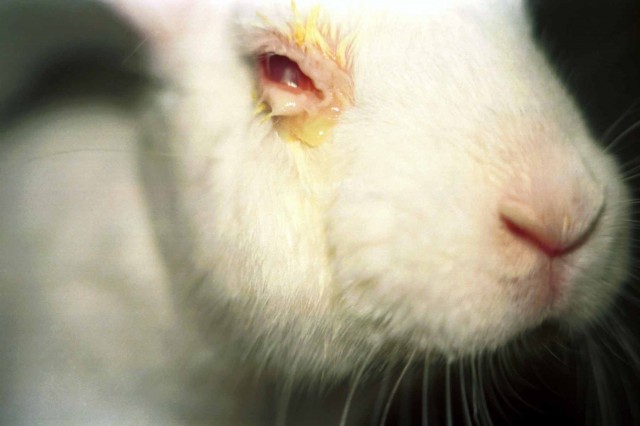 In their “Blinded for Beauty” Campaign, the American Anti-Vivisection Society exposes how cosmetics companies test for eye irritants, a big issue for mascara, eyeliner, and eyeshadows. To test these chemicals, companies strap down rabbits so they can’t move and drop chemicals into one eye, leaving the other as the control. Dogs and primates are also used for this sort of experiment, but rabbits are usually the animal of choice. Most rabbits that experience this sort of testing suffer from bleeding, sever redness, blindness, and ulcers. They are killed once testing is completed.

If consumers are not made aware of the terrible conditions that animals are being forced to undergo to produce the cosmetics they buy, then they are unknowingly supporting animal cruelty. I don’t know about you, but that doesn’t seem right at all to me. By holding cosmetics companies to a higher standard and demanding they utilize alternative technology (that currently exists!) to test cosmetics, we can help and free millions of animals from a life of fear and pain.

There are many steps you can take to help end cruel cosmetic testing.