Why the 2020 Election Was a Great One for Animals 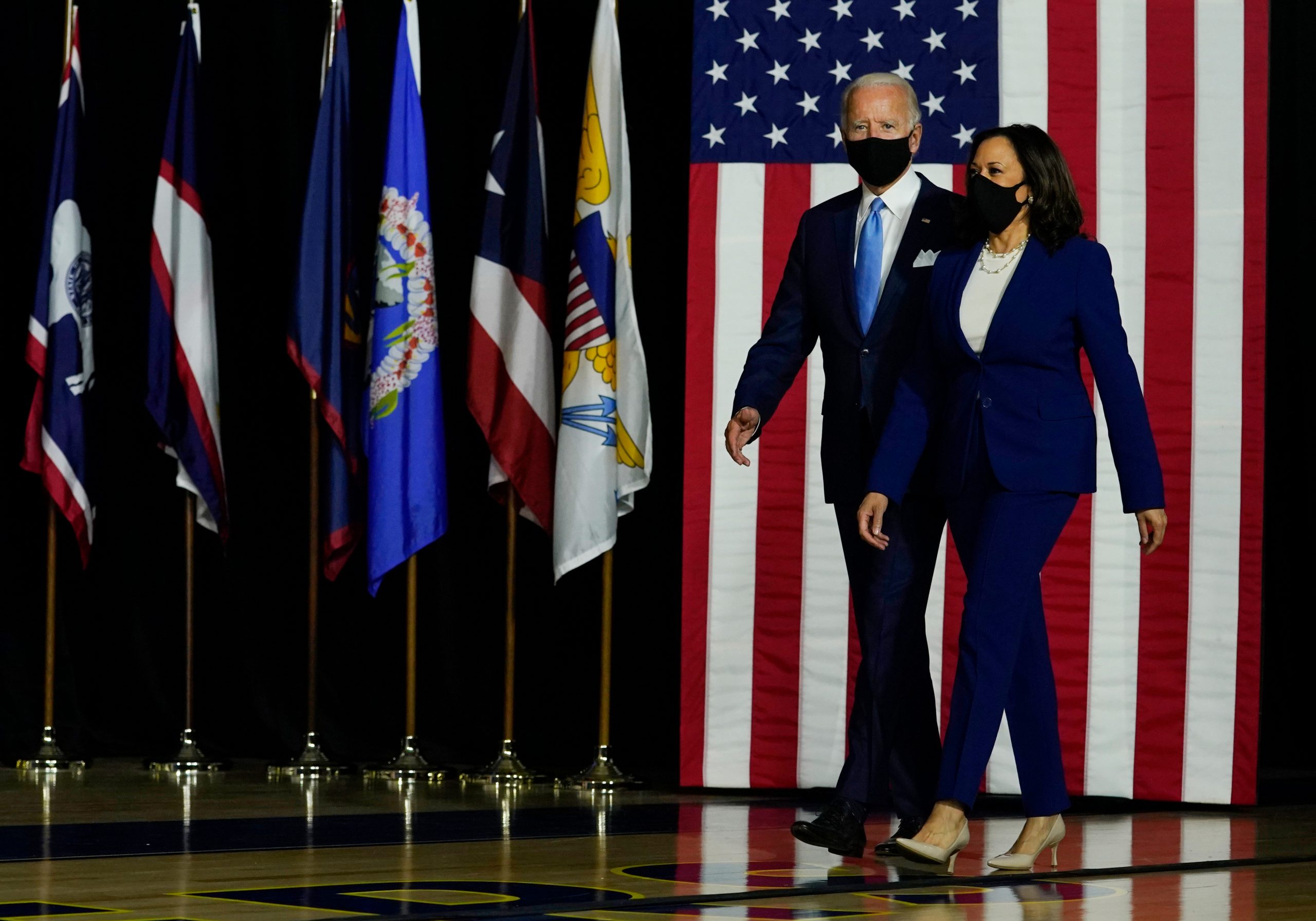 No matter which side they took in the 2016 presidential election, most Americans did not vote to punish animals, increase their misery, reduce their protections, or drive them further toward extinction.

A cruel four years for animals.

However, that has been the story of the last four years in animal welfare at the federal level, and that is why the Humane Society Legislative Fund endorsed Joe Biden and Kamala Harris in their bid to lead this nation. Both President-elect Joe Biden and Vice President-elect Kamala Harris have strong records of support for animal protection legislation and policy, and we are confident that all animals—companion animals, farm animals, laboratory animals, and wild animals—will fare better under their leadership.

President Trump’s administration successfully advanced several positive animal welfare measures, and we made a good faith effort to cooperate with the agencies and administrators involved. But our overall experience told us something else—that we could not support a second term filled with the ominous risks of more setbacks, more losses, and more harm and inhumane treatment to animals. We could not be silent.

The outgoing administration showed its hand early on, with a blunt hammer approach to overturning animal welfare regulations—one after another—that had resulted from broad bipartisan advocacy that we helped to generate. In the blink of an eye, we saw well-framed rules concerning horse soring, organics standards for meat production, and wildlife overturned and thrown away.

Things got worse and worse after that.

As COVID-19 infected tens of thousands of workers in meatpacking plants, killing several hundred of them, President Trump signed an executive order designating meat and poultry as “critical” for “national defense.” The USDA permitted pork producers to rev up their slaughter lines by removing speed limits and shrank the number of slaughter plant inspectors.

The National Park Service opened up Alaska’s national preserves to cruel and unsporting methods of killing and the Fish and Wildlife Service withdrew federal protections for gray wolves. All the while, in these and many other matters, the administration ignored our pleas and those of Senators and Congressmen from both parties.

The Humane Society Legislative Fund’s approach to political advocacy for animals is strictly nonpartisan. We work with everyone and we give or withhold our electoral support for candidates solely based on their positions regarding animal protection.

In the 2020 election, we supported countless officials, both Republicans, and Democrats, through endorsements, independent expenditures, and other investments.

We engaged the voting public in nearly two dozen congressional races with more than 300,000 pieces of mail, 125,000 text messages, and a slew of digital advertisements, many of which featured HSLF volunteers supporting both Democrats and Republicans.

Many of those who voted in this election did so with animals, the environment, and related issues in mind, and in several dozen key races we sought to harness the power of their votes.

Naturally, it is the top of the ticket that has claimed most of the nation’s attention, and this is no less true for us. It will not be easy for Joe Biden and his administration to assess and unwind the highly damaging policies and actions embraced by the USDA, Department of the Interior, and other agencies over the last four years. There have been a lot of them, and the picture isn’t a pretty one.

The path forward for animals in a Biden-Harris administration.

Now, we are moving forward, providing input, and offering our expertise to the President-elect’s transition team about the development of a strong and coherent animal protection agenda.

We are focusing on the full range of federal agencies whose work touches upon animals and their welfare and we are offering our thoughts on the kinds of people we believe should lead them. We hope to see the incoming administration appoint agency heads with a strong grasp of animal welfare issues, with demonstrated and serious records of concern and achievement, and with the fullest understanding of just how deeply Americans care for animals and want to see them protected.

When the new Congress opens in 2021, we are going to intensify our efforts to shape a powerful public policy agenda for animals at the federal level, and engage the new president and his administration with optimism, confidence, and energy, for the benefit of all animals. Join the millions of Americans already supporting our cause as we work with the new administration of Congress to shape a humane policy agenda in 2021.