Why Cheetahs are Threatened and What YOU Can Do To Help 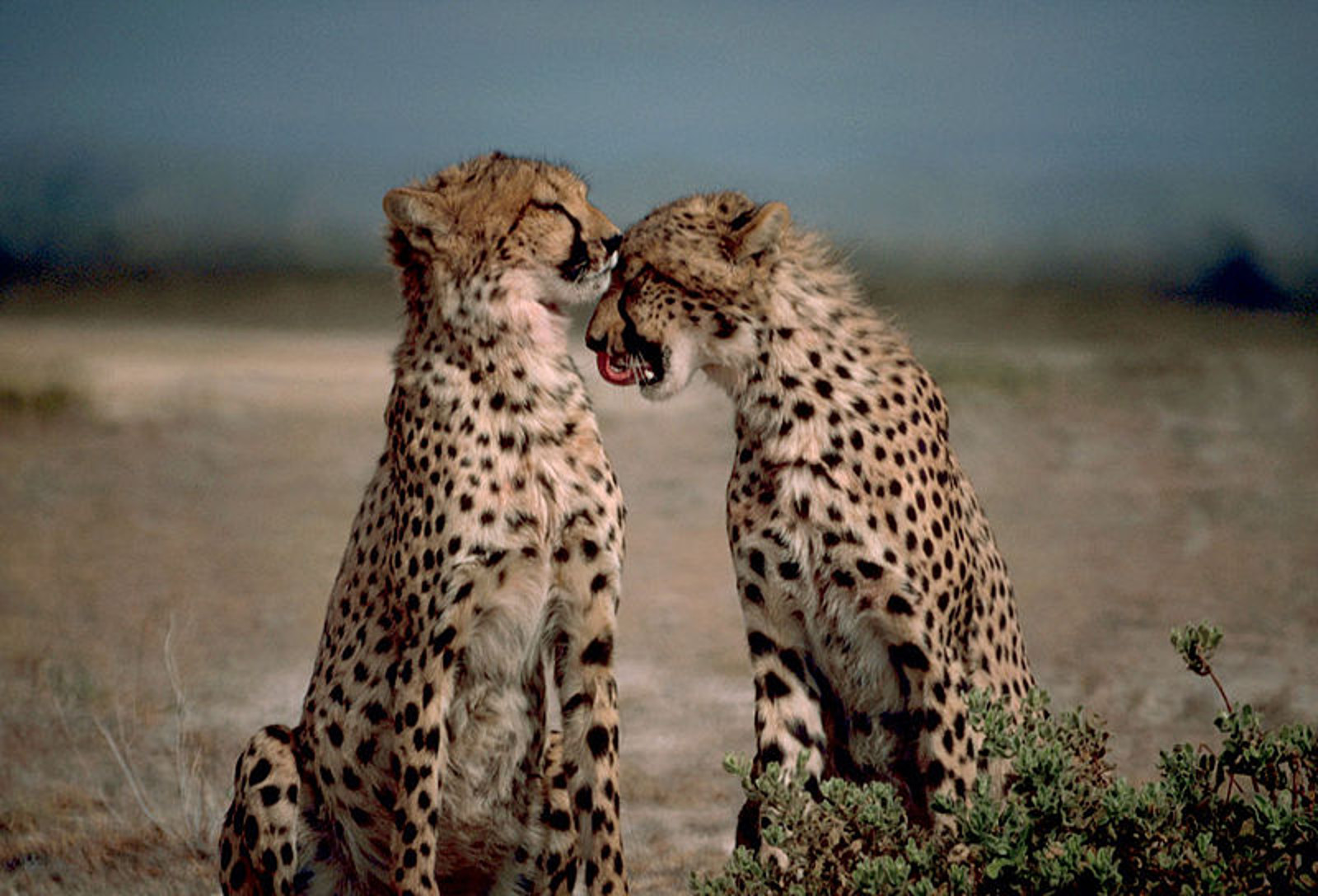 There are many stirring, moving experiences in life, and if you are on safari in Africa, meandering through the Maasai Mara in an open Land Rover, one of the most remarkable is seeing a cheetah on the hunt. The fastest land mammal will lurk, stalk, trot, sprint, and then explode toward his prey. And if you’re a sensitive soul like me, the only thing better is seeing the cheetah hunt… and then fail.

But the cheetah is both predator and prey. Cheetahs are at risk. They suffer from habitat loss and fragmentation; conflict with humans, especially ranchers; prey loss; and poorly managed tourism.

Cheetahs are Disappearing Before our Eyes

Cheetahs are slaughtered by sport hunters as “trophies,” skins to be shuttled around the world to adorn the living rooms of the rich and thoughtless. Cheetahs are stolen from their wild homes to satisfy the pet trade – sold to wealthy collectors in the Middle East (and elsewhere) looking to have a cheetah on a leash, traveling the hot city streets as a passenger in their expensive cars. This is not a life worth living for such a majestic animal.

Much of this trade is illegal. Cheetahs are poached, languish in inhumane conditions, and then are shipped internationally to satisfy global demand.

At the most recent meeting of the Animals Committee to the Convention on International Trade in Endangered Species (CITES) in Veracruz, Mexico, a number of recommendations were offered to address the illicit cheetah trade including considering the issue of illegal cheetah trade as a high national priority; holding a stakeholder workshop to explore every dynamic of the trade; and considering what facilities are appropriate to suitably house and care for live cheetahs confiscated from the trade.

Born Free has specific experience in this arena, as the Born Free Foundation Ethiopia wildlife rescue center is home to cheetahs that have been confiscated from the international pet trade. These animals, presumably taken from Ethiopia or neighboring countries and trafficked through Somaliland for sale in the Gulf States, need protection and a lifetime home.

Saving these animals is a dangerous business. Saviors leave the country at gunpoint, determined to shepherd the handmade crates housing rescued cheetahs through the night and deliver them safely to Born Free’s sanctuary. It’s worth writing twice: leaving the country at gunpoint. The dealers want the cheetahs back. The heroes saving them are stronger and more determined.

Just today, I learned that another three cheetahs might be headed our way – to our wildlife rescue center. The live cheetah trade is thriving and the race to save as many as we can is difficult.

Cheetah Trade is Not the Solution to Poaching

The demand for cheetahs, especially as pets, drives high prices for the animals – sometimes $10,000 per individual. As with other species in trade – whether elephant ivory or rhino horn or tiger bone or lion trophies or bear gallbladders – when there is significant money to be made trading wild animals, someone will step in to satisfy the market demand.

South African cheetah breeders will claim that the legal breeding and sale of these animals will satisfy demand and undermine poaching of wild animals. Unfortunately, the wildlife trade does not fit so neatly into this mold. Any legal trade in live cheetahs will stimulate demand and mask a fraudulent trade in illegally-acquired animals.

Ending the Cheetah Trade is Imperative

The only solution is to crack down on the cheetah trade unequivocally. There can be no legal trade. Cheetahs must be protected in the wild in their natural habitats. Markets in consumer countries must be shut down once and for all and perpetrators of the illegal trade must be punished in a manner sufficient to forever deter the trade.

I have been blessed to have had some amazing experiences – seeing cheetahs on the hunt in the vast savannahs of Kenya, and carrying that crate of confiscated and nurtured cheetah kittens from the back of the truck to their initial accommodation in Ethiopia. Seeing cheetahs up close like that, and knowing the threats they face, leave me more determined than ever to protect the cheetahs’ freedom.

The next CITES meeting is this July in Geneva and illegal trade in cheetahs is on the agenda. I hope the government delegates to the meeting have been similarly inspired in their lives to want to save the species before it’s too late.

Cheetahs belong in the wild, not on a leash… in a Mercedes.

To learn more about the work Born Free is doing to help end this trade and to take action yourself, click here.