Whole Foods ‘Humane’ Standard is Driving Demand for Rabbit Meat. Here’s How You Can Help 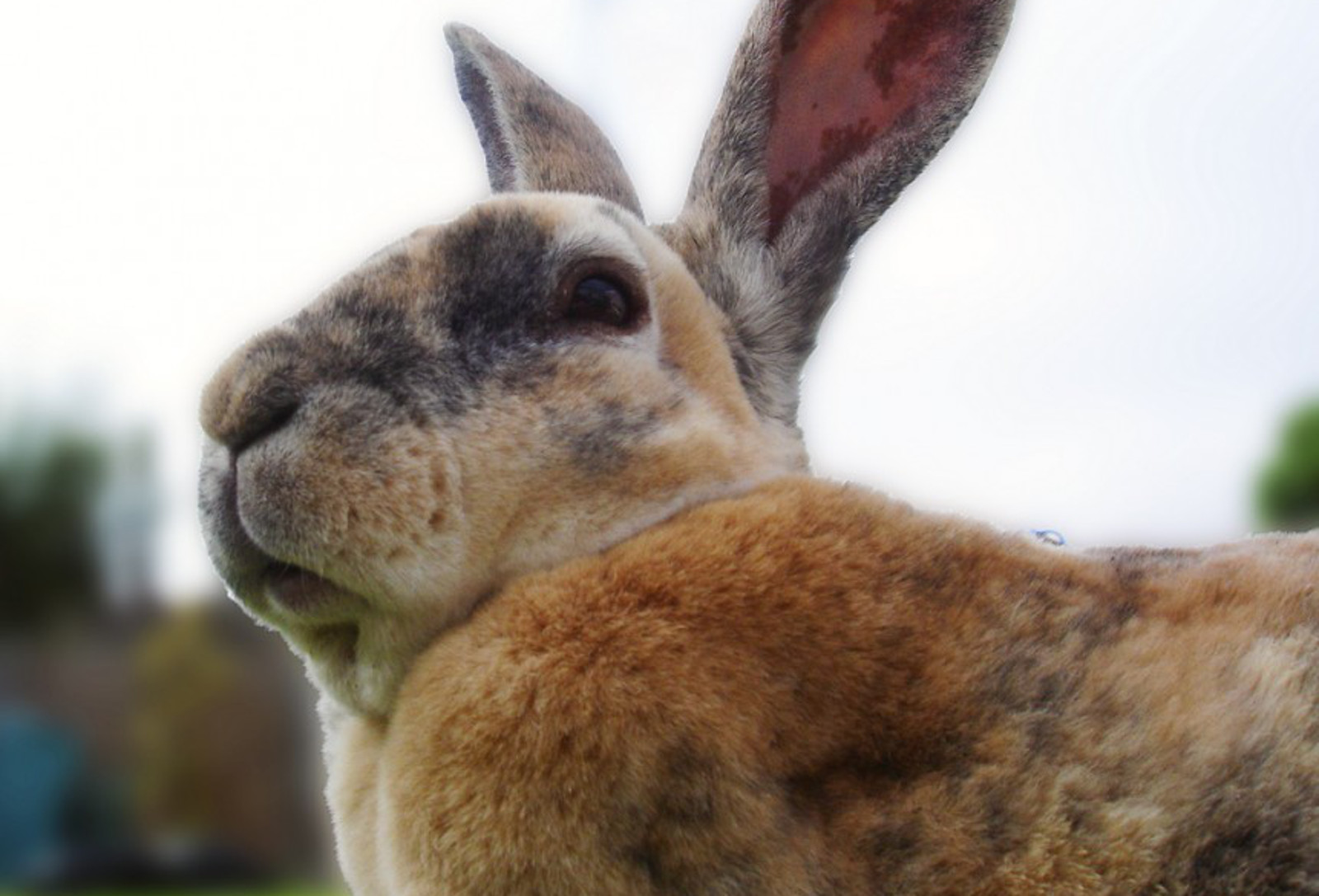 People against the selling of rabbit meat, though, worry that the store is creating a demand that never existed in the first place. They may be right. After all, the Whole Foods stores in the North Carolina District, 41 in total, only sold an average of five rabbits a week. Not exactly a rush on rabbit meat. If Whole Foods continues to expand its rabbit meat program, there could be some serious negative consequences in terms of increased demand and the treatment of rabbits.

Rabbit Meat Farms in the U.S.

Rabbit meat is still a specialty product compared to other types of meat.  According to the 2002 Census of Agriculture, there were 4,300 farms selling approximately 890,000 rabbits in the United States.  These rabbits are used for a wide variety of purposes including wool, meat, fur and lab subjects.  In 2000, U.S. consumption of rabbit meat was only .02 pounds per capita.  Due to the low demand for this product, the industry is not closely monitored and it is possible many of these rabbits came from slaughterhouses there were not U.S. Department of Agriculture (USDA) inspected.  The commercial rabbit industry admits that only twenty to twenty-five percent of the total amount of rabbit meat sold is inspected by the USDA.

While there are several rabbit suppliers in the United States, Iowa Rabbit is Whole Foods’ main supplier. Although Whole Foods sells their rabbit under their “humane” label, there is actually very little difference between how rabbits are raised under conventional standards and these.

In terms of how rabbits are housed in Whole Foods “humane” supplier versus a standard farm, there is no difference. According to the non-profit House Bunny Society,” Whole Foods says ‘Stocking density must not exceed 2lbs/square foot.’ In other words, if an adult New Zealand weighs 8 pounds, he or she would need a 2-foot by 2-foot space. Add in more rabbits, and the size demands would increase. For a mother and her eight babies, she would need approximately a 2 1/8 foot square space. These are the standards that Whole Foods has devised and yet these are the same size standards that were already typically found in the industry prior to this time. ”

Rabbits are very social and active animals, they need ample room to move and exercise to lead happy, healthy lives. The babies that are bred for their meat only live on average 10 weeks in this sort of tight environment before slaughter, but the adult breeding animal can be subjected to these small conditions for their entire life.

In the wild, rabbits live in groups called herds and they interact with one another in a similar way to a human friend group or family. Proper social interaction is very important to rabbit’s health.

Whole Food’s humane standards state: “While it is the intention of Whole Foods Market to raise rabbits in as natural setting as possible, we recognize that raising breeding and replacement does in groups is not commonplace and an increase in aggression may occur … Does [female rabbits]  can be kept individually only if it is necessary to minimize aggression … Bucks [male rabbits] must be kept either: i. permanently with breeding and replacement does OR ii. in an individual pen adjacent to the group pen where they can see and smell their breeding group.”

As Rabbit House Society explains, this means that both male and female rabbits can be kept in isolation under the humane standards. While there is a stipulation that states this can be done only if aggression occurs, without proper checks or inspections it is near impossible to guarantee this is the case.

Rabbits are classified as poultry, so they are not covered under the USDA’s Humane Methods of Slaughter Act. This means, among other things, that they do not have to be stunned prior to having their throats slit. Many rabbits, classified as fryers, are killed when they are ten to twelve weeks old. Usually, Iowa Rabbit does attempt to stun them in following with humane standards, but this is not always effective. Particularly when employees are not properly trained, rabbits can and do regain consciousness during the slaughter process, making an already horrible process even worse.

Although there might not be much distinct separation between the standards in which Whole Foods’ suppliers keep rabbits and conventional farms, there is evidence from USDA inspections of Iowa Rabbit from January and February 2015 that proves there are even more concerns. The USDA reports, available here and here detail facilities with dead rabbits in the yard or upon arrival at the slaughterhouse and other substandard conditions.

The USDA official writes in the report that they witnessed a number of oversights in protocol and even noted that “as it gets closer to lunch break the ‘short cuts’ get more prevalent.”

Whole Foods claims that no crates, cages, or tethers are to be used on the rabbits it sells, but a USDA report from 2015 found wet rabbits in crates, meaning the rabbits were in some way constrained and unable to escape. There were also notes of water feeders that had frozen over and extremely unsanitary conditions in the pelting rooms.

Whole Foods’ website has detailed information about the standards they use for their so-called humane rabbit meat. The ten-page welfare document listing individual standards that can be viewed in detail on the site.  While these standards in many ways represent some basic improvement on the typical model of rabbit meat production, the real danger is that Whole Foods is creating a demand for rabbit meat that didn’t previously exist.  The marketing for rabbit meat in 2000 was only valued at $7 to $8 million in contrast to the $41 billion on cattle.  Whole Foods is now creating a huge marketing campaign for it simply by selling it and promoting it as a humane choice.  They are shipping it to their pilot locations regardless of the actual demand.  Since Whole Food is the eighth most profitable grocery store in the U.S. and ultimately plans to extend this program to all their stores, other grocery stores are likely to follow this path.  Unfortunately, they are also likely to find a cheaper source of rabbit meat with less stringent standards.  This could include importing frozen rabbit meat from China, which is cheaper.

How to Stop the Sale of Rabbit Meat

When the pilot program first launched, protests were organized at over 40 stores. There are many organizations working to give a voice to these rabbits and you can join them by sharing this article and educating others. You can also educate yourself about all the issues with selling rabbit meat. The House Rabbit Society is an excellent source of information and strategies to fight against selling rabbit meat.

There are also many petitions available to sign asking Whole Foods to stop selling it, or you can even write a letter to Whole Foods yourself. The options are nearly endless. It’s important to show Whole Foods that rabbits do not represent another business opportunity and to not allow the store to create a larger demand for rabbit meat.