A Truck Stop is No Place for a Tiger! Why We Won’t Stop Fighting for Tony 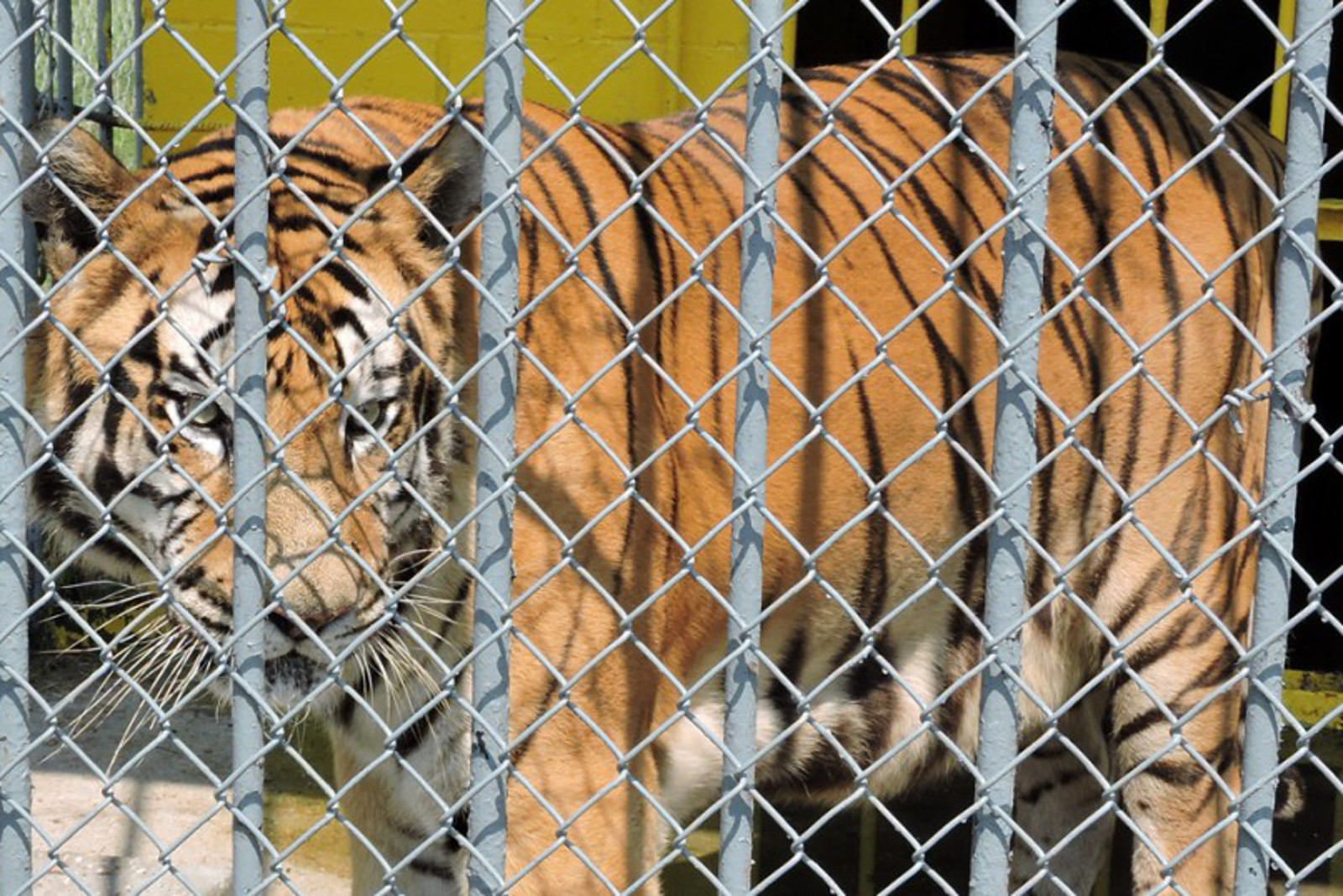 At this moment a 16-year-old Siberian-Bengal tiger named Tony is caged at a gas station truck stop in Grosse Tete, Louisiana, 20 miles outside of Baton Rouge. Confined to a cramped metal cage, Tony breathes in diesel fumes daily while passersby tease and harass him. Tony has lived this way for nearly his entire life, and his circumstances are often a shock to the average person, who feels innately that this is not the right place for a tiger, especially an aging one with neglected veterinary needs. People ask, “how can this be legal?” and the Animal Legal Defense Fund believes firmly that it’s not. In fact, we’ve been fighting for over six years to have Tony relocated to a sanctuary that can meet his complex needs and give him the veterinary care he is entitled to. Our campaign to save Tony is now even more dire after reports raising concerns about Tony’s health.

Let Tony Live the Rest of His Days in Comfort 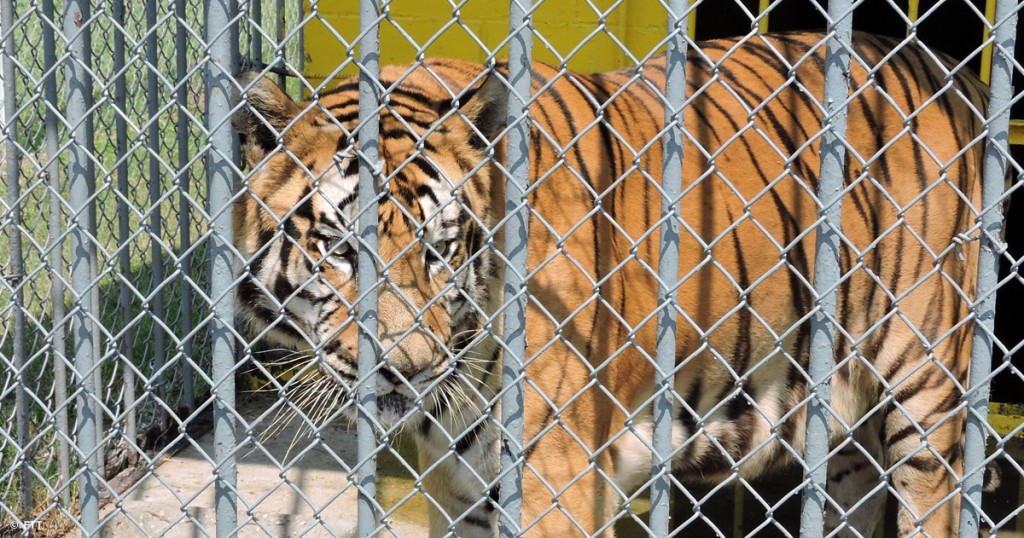 All across the world, people follow Tony’s story. Recently, we’ve received many reports from worried citizens stating that Tony appears lethargic and is experiencing diarrhea and a decreased appetite. The Animal Legal Defense Fund obtained photo and video evidence and enlisted the help of a veterinarian with experience treating exotic animals to review it. In the vet’s expert opinion, Tony is likely suffering from kyphosis of the spine and an injury or other condition that is causing him to limp. This isn’t run-of-the-mill aging; Tony needs help. Living at a truck stop is, at the least, exacerbating Tony’s poor health. While no animal is suited to living at a truck stop, tigers are particularly ill-equipped because of their sharp sense of smell and sensitive hearing. Independent of all our pending legal work to free Tony, the Animal Legal Defense Fund just submitted a letter to the U.S. Department of Agriculture (USDA), which licenses the Truck Stop under the federal Animal Welfare Act, urging that Tony be inspected by a licensed specialist and given any necessary veterinary care.

The Legal Battle for Tony’s Safety

We believe that Tony, and all big cats held in captivity, deserve to live in environments that meet their psychological and physical needs. Our campaign to remove Tony from his particularly grim captivity at Tiger Truck Stop has been lengthy and determined. Michael Sandlin, the owner of the truck stop, however, has pulled out all the stops to keep Tony in captivity.  He has spent over $750,000 fighting our efforts and has also manipulated the legislative system by successfully lobbying the Louisiana legislature to pass a special exemption designed solely to benefit Sandlin and allow him to keep Tony. It’s no surprise that Sandlin puts up such a fight; he’s been exploiting tigers like Tony for decades, using them as a gimmick to lure customers to his gas station. The USDA has cited Sandlin numerous times for violations ranging from failure to provide veterinary care to lack of clean drinking water. In 2003, Sandlin relinquished three tigers amid public outrage over his treatment of the big cats. Only Tony remains. 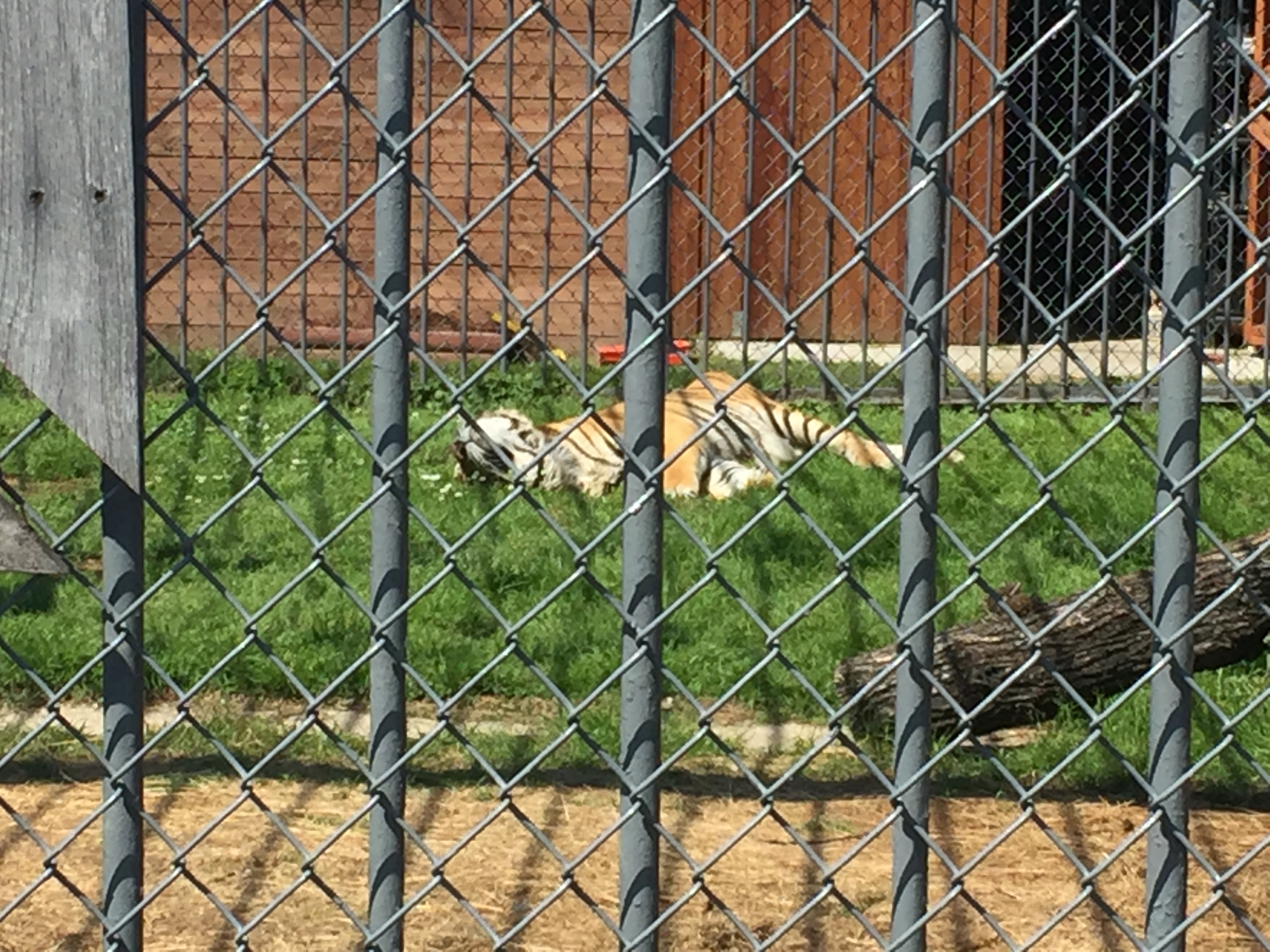 Inspired in part by Tony’s plight, then Representative Warren Triche, Jr. introduced legislation in 2006 to ban private possession of big cats in Louisiana. The law passed, and while it was a tremendous win for the big cats saved from being the next Tony, Sandlin continued to hold Tony in violation of the law. The Animal Legal Defense Fund sued the Louisiana Department of Wildlife and Fisheries for unlawfully issuing Sandlin a permit to exhibit Tony. We were joined in the suit by former Rep. Triche, Jr. and several other Louisiana taxpayers. Both the trial court and the Louisiana Court of Appeal held that Sandlin and the Tiger Truck Stop were ineligible for a big cat permit and could no longer keep Tony captive. In October 2013, the Louisiana Supreme Court let that decision stand. Still, Tony remained at the truck stop.

Despite the Animal Legal Defense Fund’s victory, which should have freed Tony and allowed him to be moved to sanctuary, Sandlin has been able to keep Tony in captivity because of two legal tactics that he has pursued relentlessly.

Second, Sandlin manipulated the legislative system by successfully lobbying the Louisiana legislature to pass Act 697, a special law designed to exempt Sandlin – and only Sandlin – from the big cat ban. It was signed into law by then Governor Jindal. The Animal Legal Defense Fund again immediately went to work, suing the state of Louisiana and arguing Act 697 violated the Louisiana Constitution because it was a “special law” designed to benefit one individual from existing state public safety and animal welfare laws. We were again joined in the suit by former Rep. Triche Jr. and other concerned Louisiana citizens.

We’re Not Giving Up

As the world watches the ups and downs of the fight to save Tony, the tiger’s life remains essentially the same. He doesn’t know his story inspired a former Representative to come out of retirement to fight for him, or that the big cat ban will help others of his kind. All he knows is life in a cramped cage off the highway. Tony deserves the veterinary care he needs and to live out the rest of his life in peace. He doesn’t just deserve it, we believe he’s guaranteed it under the law. We won’t stop until Tony is safe.