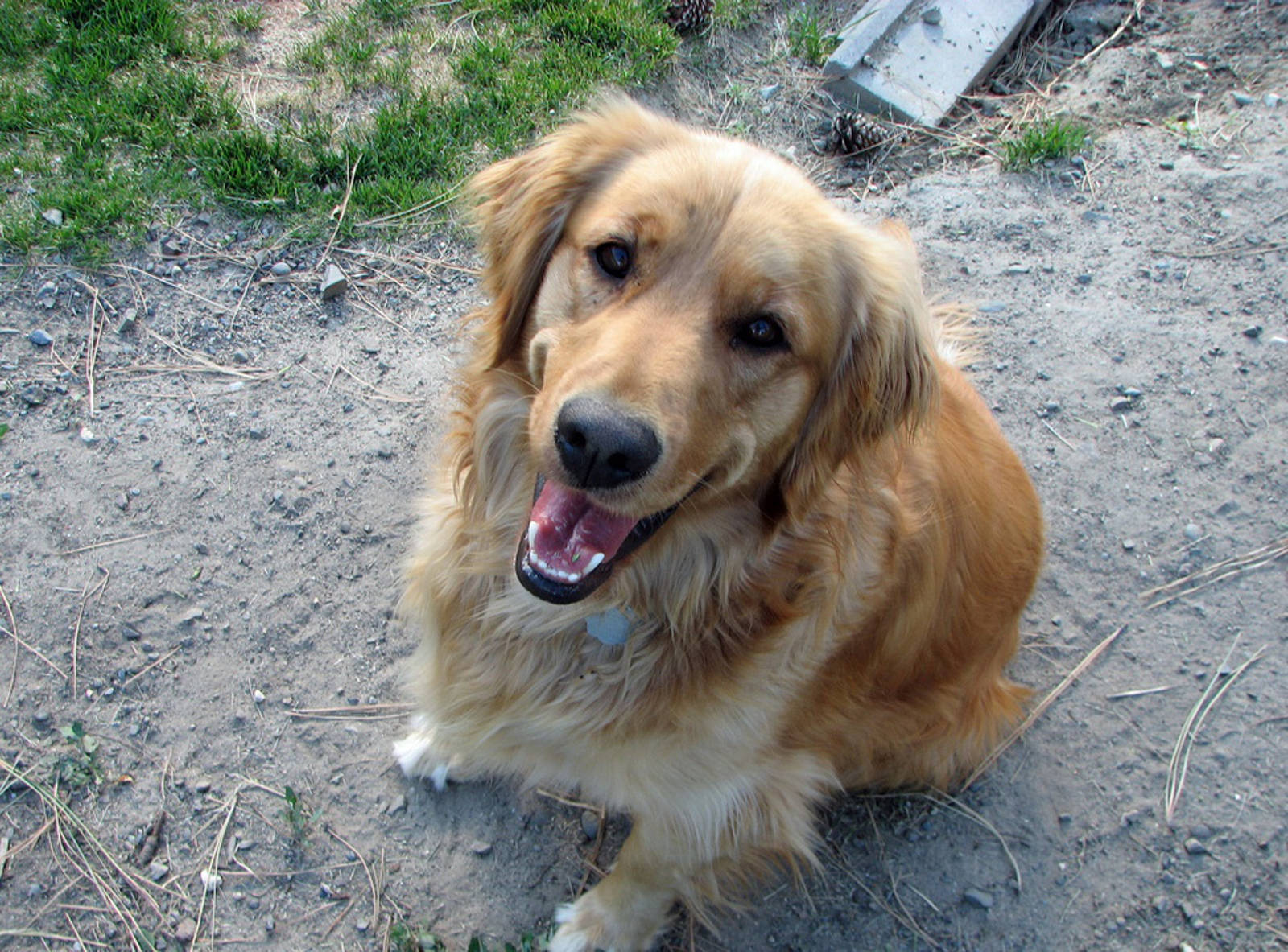 Ah, Sparky, Rex, Toto, and Fluffy. Man’s and woman’s best friends. Do we ever really think about the things we say to them? Or the voice with which we say these things? You know the one — the high pitched, super positive intonation that’s accompanied by a smile on our faces and a treat hidden behind our backs. But, what if we tried out the same thing with our colleagues, friends, family members, or even complete strangers while handing out sandwiches and brownies for positive reinforcement? Why is it that what we say to dogs should probably never be said to our fellow human beings?

Next time you say one of these phrases or commands to your animal companion, consider how it would go over with people you meet everyday and chuckle to yourself while imagining the ridiculous scenarios. Our loving, cuddly, sometimes-havoc-wreaking animals deserve our love and lots of treats to go with it and for not chasing the mailman this time. Good boy. Have a sandwich. 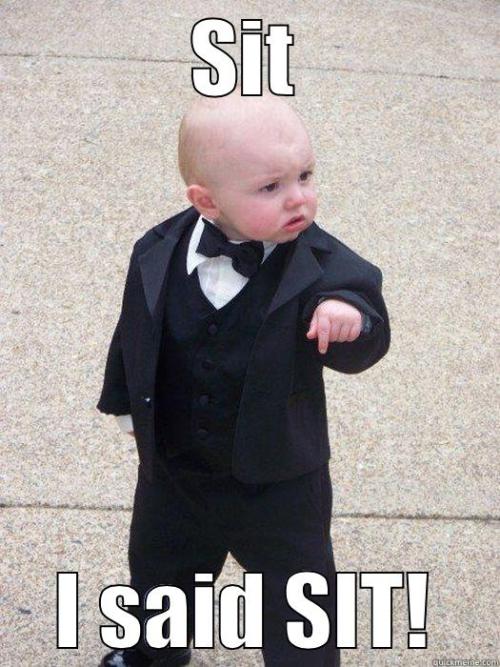 Imagine your friend, family member, or significant other coming over for lunch or desserts and saying this to them before they got their snack — “You must sit before you get your vegan cupcake!” 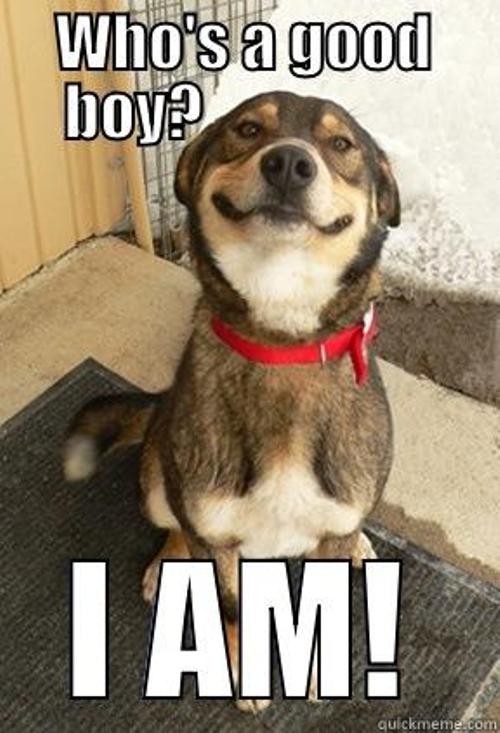 Colleague just finished a Power Point presentation? Instead of saying, “Great job!” or “Awesome,” try, “Who’s a good boy?” or “Who’s a good girl?” Doubt it will have the same tail-thumping reaction on your coworker as it does on your beloved pooch. 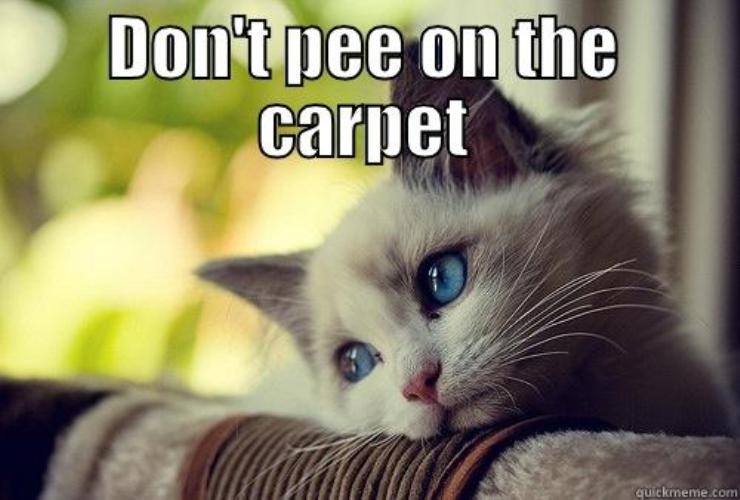 When someone excuses them self and asks where the bathroom is, try this one on for size and proceed to herd them outside. 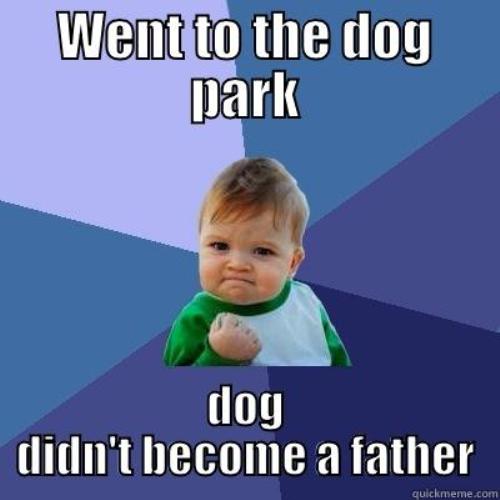 Reminding your friends to make good life decisions should not come out this way. But we’ve all been there with a friend at a late night party downtown…maybe your dog will listen more than your friend… 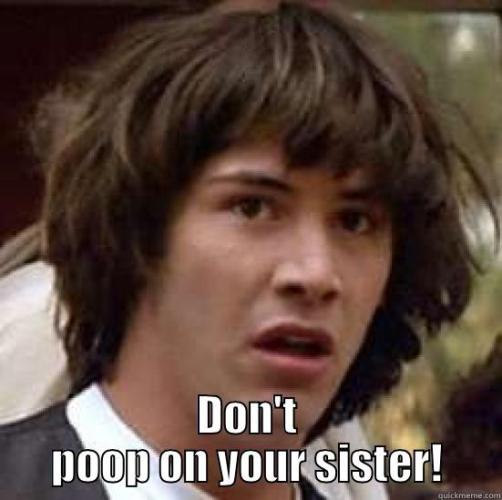 This one may have slipped out of your mouth if you have a toddler, but hopefully, it wasn’t an issue later. This is something I hope to never have to say to anyone…child or animal. 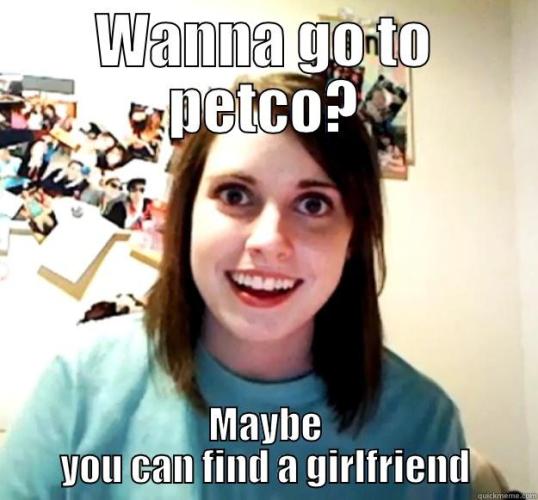 Heading to Petco to find dog food/toys is a no-brainer, but maybe this particular suggestion has never come up. Unless you’re after a girl who is super into her aquarium. 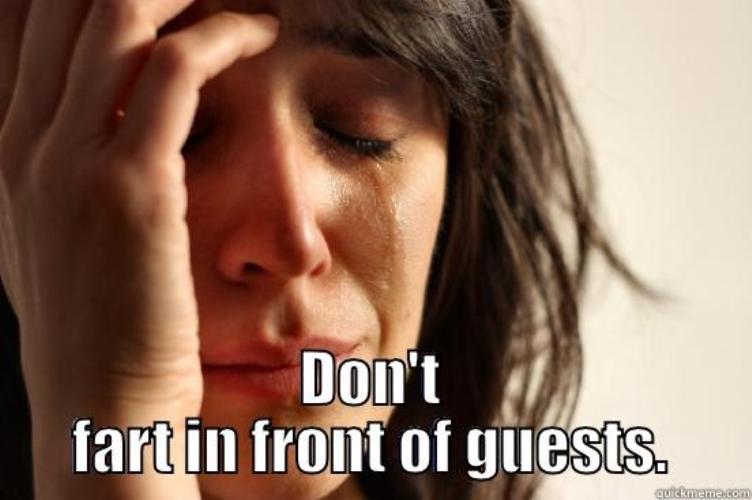 It’s not something animals can control, especially my black lab, Charlie. It can be really embarrassing for pet owners. It’s just customary to try to remind said animal of proper manners when you have company. 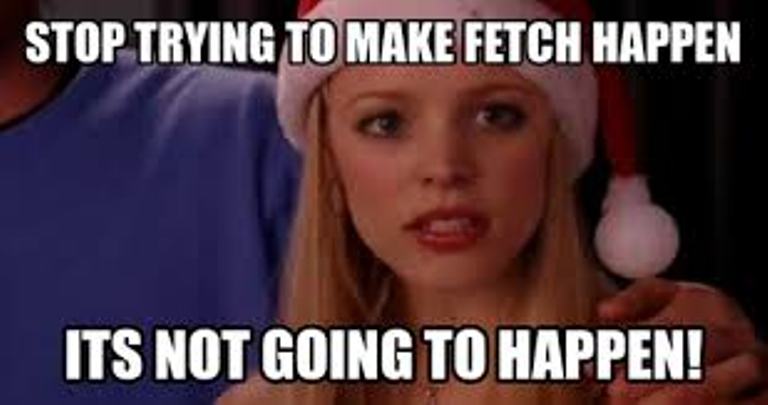 Instead of asking your assistant to kindly grab your product report, try yelling “fetch” and giving them a cookie when they bring it to you. I doubt they’ll have the enthusiasm your pet does. 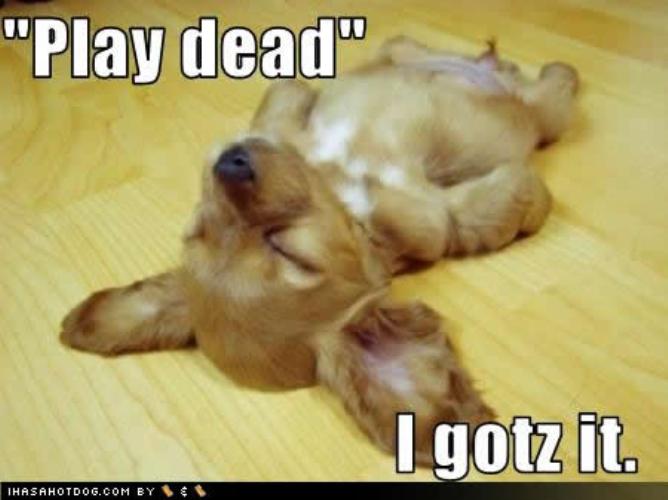 Definitely something you don’t want to say to your friend when there are cops around. Sounds like more hassle than necessary, plus there’s that whole pissing off a cop aspect. 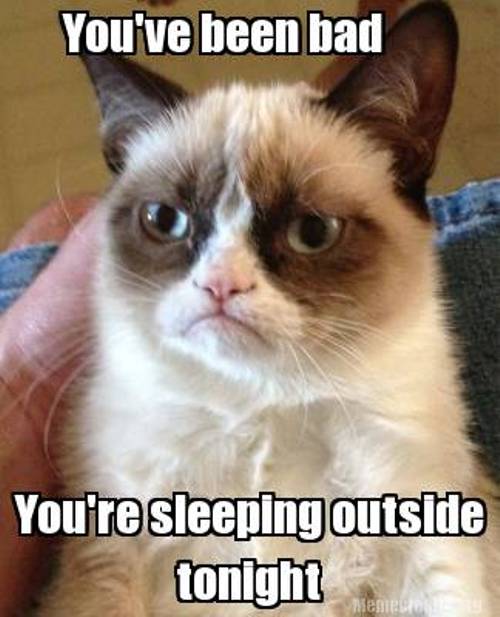 When your dog gets a hold of your favorite pair of shoes, this may slip out of your mouth. But just before dusk, you’ll change your mind and invite your cuddly friend to sleep at the foot of your bed…which usually ends up with the two of you nose to nose.