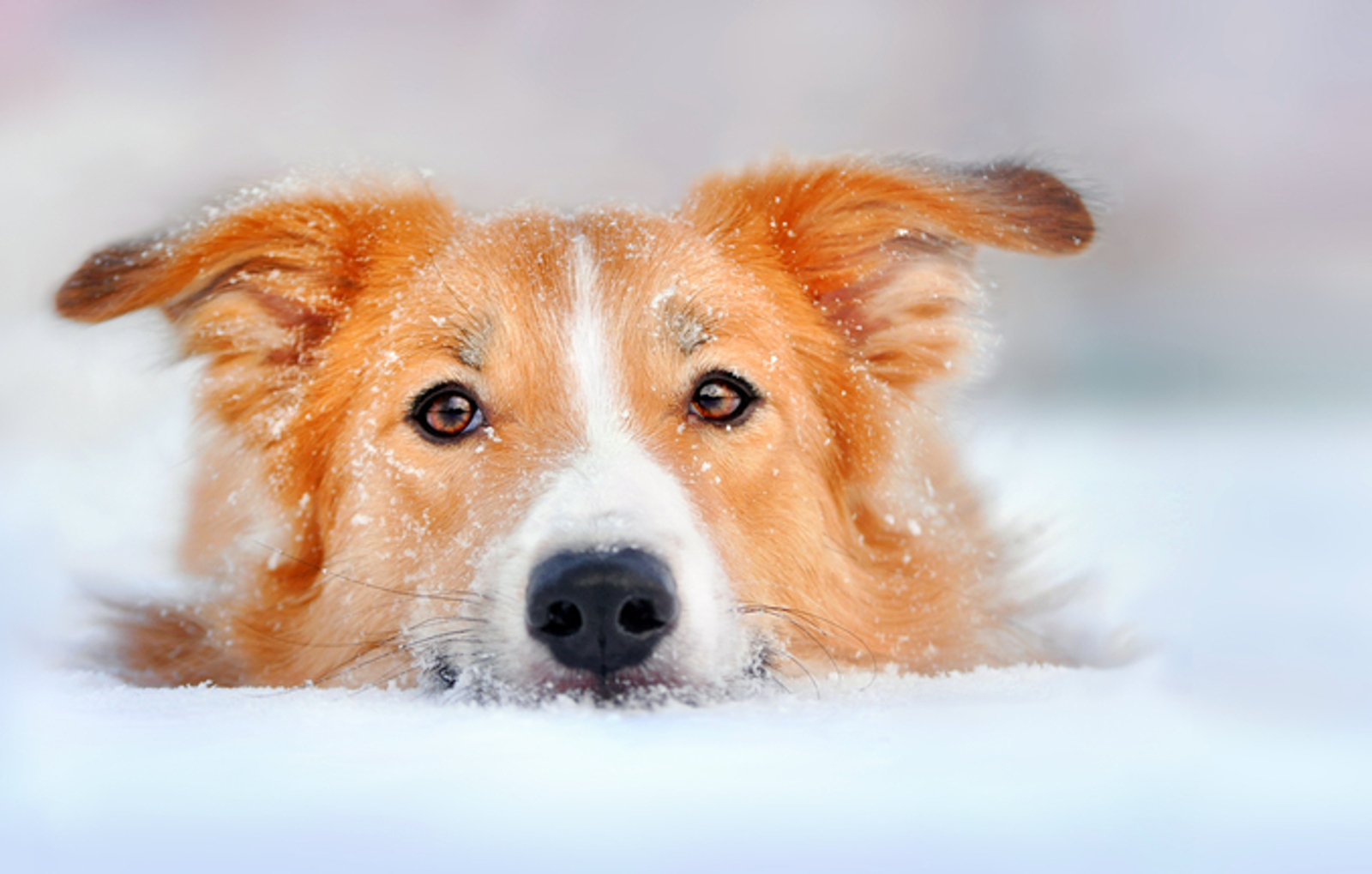 So, you know it’s coming, that first freezing rain, changing to snow, into a wintery-mix that freezes overnight and gets a dusting of flurries on top the next morning.  You have images of self-made snow angels dotted head-to-toe with paw prints.  Everyone loves a solid frolic with their dogs.  You have grown accustomed to not falling down and hurting yourself and obviously, despite the innate and utter hilarity it would provide, you would prefer that your four-legged, loved ones remain upright as well.  But a slip-sliding puppy maybe the best thing to ever happen to your pooch.

The urge to remove that treacherous ice from walkways and stairs is a safe and reasonable choice.  What isn’t safe or reasonable are the products we use to rid ourselves of that pesky frozen hazard.

Rock salt, or “Ice Melt” which is what they’ve started to call it recently in light of some backlash, can be horrendously hurtful to our beloved dogs.  So, here’s a winter’s warning from us to you.  You may be unknowingly doing harm to “man’s instant family”  by just taking Fido out for a romp in the new-fallen snow.  Oh hey, does anyone actually have a dog named Fido… show of hands? No? Huh.

Rock Salt Is Harmful To Your Dog

See, when those adorable little puppy pads interact with the salt/ice mixture, the ice or snow is rapidly cooled and essentially burns, or more accurately creates terrible frostbite on your dog’s paws.  This is exceptionally painful for them, and if the salt remains on their paws after they’ve returned to a warmer environment, like in front of that roaring winter fire, the salt can then absorb the heat rapidly and can get as hot as 175 degrees F. We definitely don’t want that.

Also, of course,  rock salt tastes, well salty. So, you know, they’re gonna lick at it.  This can lead to serious internal injuries including burning of the mouth and digestive tract, seizures, and even in some cases, it can be fatal. Consuming rock salt can also cause severe dehydration, liver failure, and pancreatitis.

Ok. Here’s What You Can Do.

If you’re one of the rare and dutiful city dog walkers, avoiding all the rock salt can be near impossible. Keep a bowl of warm water just inside your door and engage in the often difficult and hilarious dance of taking care of your dog’s paws upon arrival home.

Clean those bad boys down real good, especially areas between the toes.  Here’s a helpful tool to make this a wee bit less chaotic and messy. If any salt gets left in there, the sodium can cause interdigital cysts, so make sure you get all up in between them like when you’re flossing after that mega bag of popcorn at the movies.

You can also get some nifty little boots for your buddy.  Ruffwear (get it) has some nifty options for all you outdoorsy types, Subaru Forester sold separately.   Not only will they be protected and safe from the evils of rock salt, but you’ll want to get the camera phone ready for their first time in the boots.  The adjustment period is pretty amazing.

Hey thanks Mr. and Mrs. Overkill… I think this oughta do the trick… jerks.

After making sure your pets are safe from this rotten stuff, you should do your best to shop responsibly.  Should you need some extra help keeping your stoop and walkway safe, there are some natural deicers out there on the market or, even better, you could make your own.  The New England Wildlife Center has a cool recipe for a safe, homemade deicer using beet juice!  These natural products have much less sodium, and no harmful additives like urea.  Also, you could always just get out there and shovel and sweep early and often this year.

Simply put, if you wouldn’t walk on it with bare feet, your little trotters probably shouldn’t either.  Have fun in the snow this winter with your dogs.  There’s almost no better way to spend a snow day.  Just make certain that you keep that dog clear and clean of winter’s sodium pandemonium.