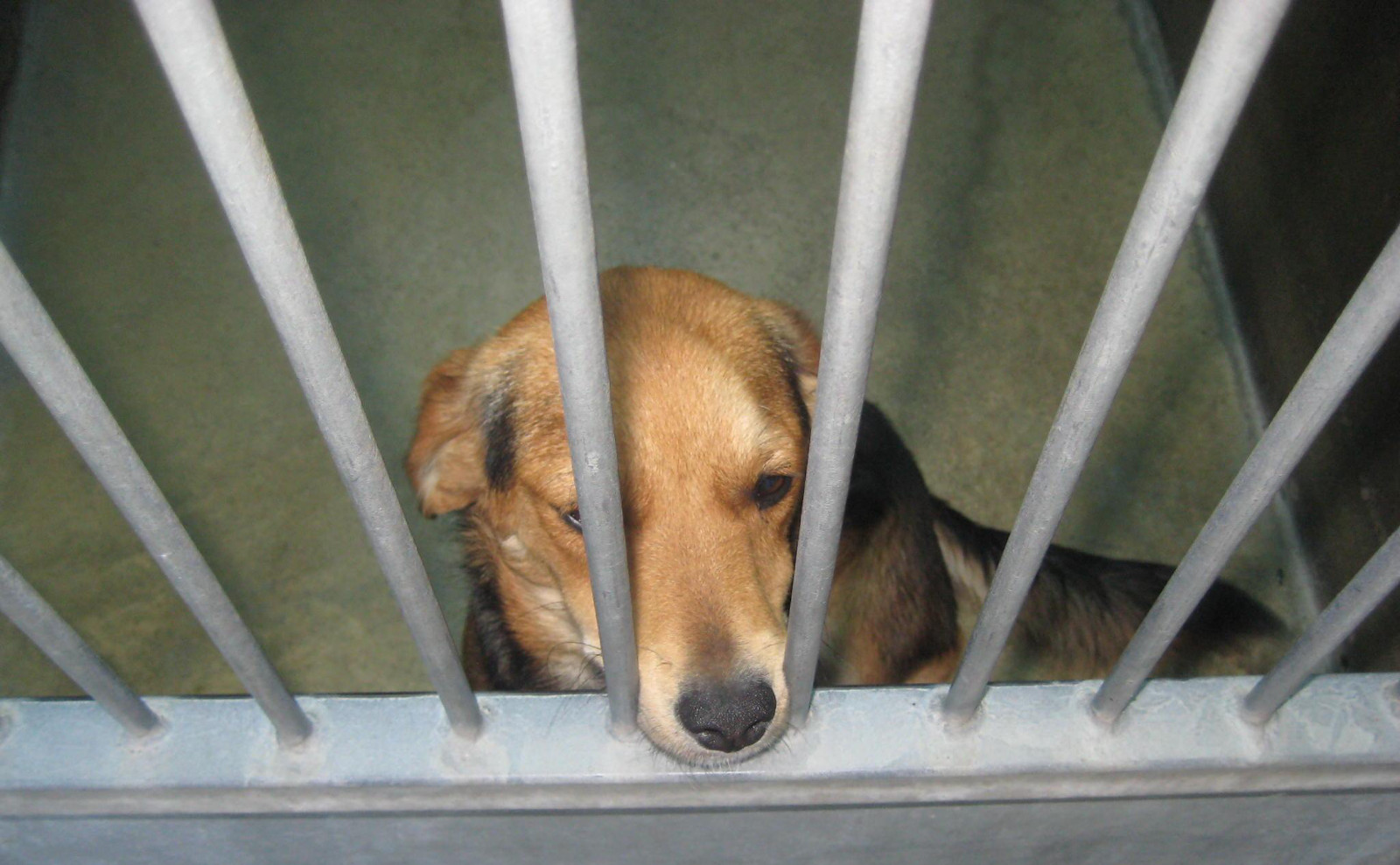 We all love our dogs, there is no contesting that point. Our dogs are not only our trusted companions, they’re members of our families who we care deeply about, however, many people don’t realize that the products they buy every day fuel the abuse of dogs across the U.S. We commonly think of rabbits and mice when it comes to animals used in laboratories for experimentation and research, but – to the surprise of many – our beloved dogs also fall into this category.

Dogs are especially popular for use in toxicology tests, which determine safe levels of an unknown substance for humans. They are also popular for cancer studies because dogs and humans have similar immune systems, making dogs a good model for cancer immunotherapies, in the eyes of the National Cancer Institute. The dogs used in these and other experiments are routinely euthanized at the end of experiments.

These dogs suffer in labs while dogs seen as pets cuddle up in fluffy beds, get gourmet food and are treated as family members.  Many people simply are not aware of lab testing on dogs, and if they are they do not realize how terrible it is for the animals. If they knew the shocking facts listed below they would think twice about their purchases.

1. Dogs are Bred for Labs

Shockingly, beagles and other dogs are bred specifically for labs. Research institutions often purchase they animals from “Class A” licensed animal breeders who produce animals for the sole purpose of selling them for experimentation. Depending on the type of research that’s being conducted, breeders produce different types of dogs with certain characteristics, for example, dogs can even be bought with or without working vocal cords for the price of $700 for a 33-pound dog. 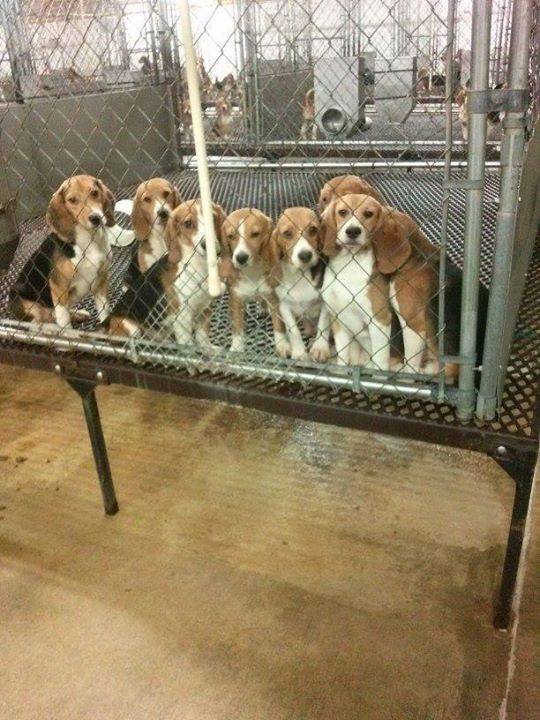 2. Shelter Dogs are Used for Experiments

An investigation into the University of Utah revealed they were buying homeless dogs and cats from shelters for experiments.  Luckily, the exposure of this fact stopped this practice at the university, however, according to the Humane Society of the United States this practice continues across the U.S. “Class B” dealers, as they are known, often pose as adopters in shelters and then sell their animals to testing facilities.

3.  Dogs are Kept in Small Cages for Years

Thirty-three pound dogs are only required by law to have eight square feet of kennel space, and these dogs often never go outside or see sunlight. Some dogs go crazy after years of being contained in a cage. 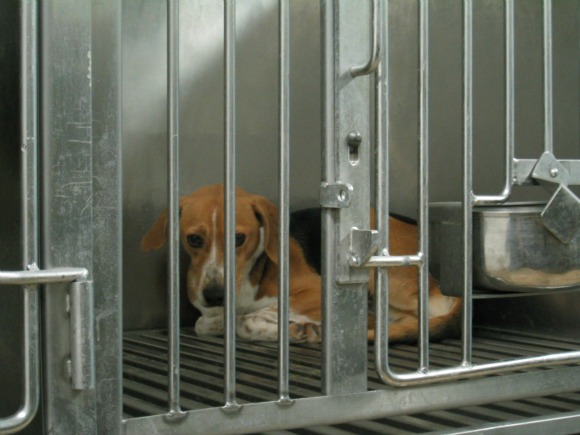 4. There are No Legal Limitations on Dog Experiments

Any experiment can be performed on a dog, the only check is the approval of a committee in the lab, but no federal laws stop them from approving experiments.

5.  Tens of Thousands of Dogs are Used for Experiments Each Year

The American Anti-Vivisection Society estimates that 70,000 to 75,000 dogs are used for research each year. Most of these dogs are beagles.

The first known dog experiment was performed by Sir Christopher Wren in 1657.  He was the first person to inject substances into their bloodstream, in this case he used wine and opium.

7.  Lab Dogs are not Being Protected by the Government

In 2014, the U.S. Department of Agriculture’s Office of the Inspector General performed an audit on its inspectors. The audit showed that inspectors had not been adequately enforcing rules or investigating facilities that violated the Animal Welfare Act – which is weak enough when it is enforced.  The audit also revealed that the inspectors weren’t reporting the amount of pain inflicted on the animals correctly. These inspections are in place to protect the welfare of dogs in testing facilities to the best extent possible, however, if they are never enforced, they might as will not exist. 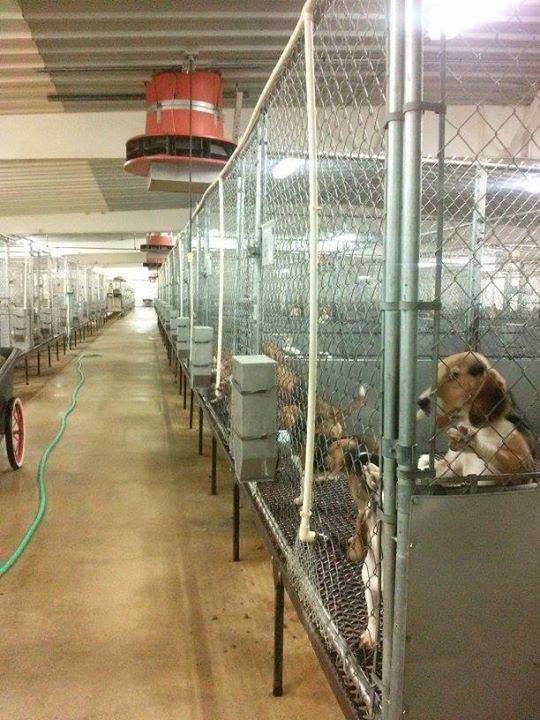 8.  Dogs are Purposely Bred to Suffer From Debilitating Diseases

Dogs are commonly used in human disease studies due to their bodily similarities to people. Sadly, this means that dogs are systematically bred to possess certain genetic diseases for the sole purpose of experimentation.

At Texas A&M University, the leader of experiments on Duchenne Muscular Dystrophy (DMD), Joe Kornegay, keeps Golden Retrievers with the disease in order to experiment on them. DMD is a genetic disorder that can also be found in humans which causes muscles to degenerate and become weak with age. The experiments performed on these dogs a painful and performed repeatedly.

At the University of Pennsylvania puppies were bred to have a degenerative eye disease that led to blindness.  They were ultimately killed and their eyes removed. These certainly don’t sound like things institutes of higher learning should be doing; they should know better.

Dogs, particularly beagles, are used for toxicity tests that include force-feeding, injection or skin application of unknown substances. These can even include pesticides, which are obviously something no one should be drinking. Do we really needs experiments to tell us that?

This may be the cruelest fact of all, because these dogs are trained to trust humans and be docile in order to be better lab subjects. According to a report by the Dallas Observer, establishing the dog’s trust is key to a successful study. Dogs who are stressed out by the presence of humans and the various tools used to experiment on them have lower immune systems and compromised nervous systems. In order to ensure the “efficacy” of their tests, labs have to train puppies to trust experimenters and not be bothered by the electrodes and prods used. Dogs also need,”training for additional devices when studies involve metabolism cages, slings, inhalation equipment, jackets or collars.”

The same way you would train your puppy to walk on a leash or sleep on their bed, these dogs are taught to endure a life of brutal experiments. 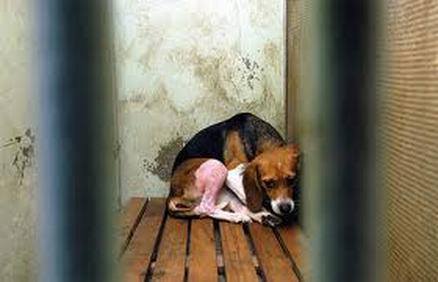 Hopefully you’re ready to take action after reading these horrifying facts about experiments on dogs.  After all, if you wouldn’t do it yourself why would you pay someone else to do it? A huge step you can take to help end these cruel practices is to purchase only cruelty free products that are marked clearly. You can also donate to groups like the American Anti-Vivisection Society or Beagle Freedom Project to support their efforts to end cruel lab testing. Whatever you do, make sure you speak up and take action, however small, for these innocent dogs who cannot speak up for themselves!