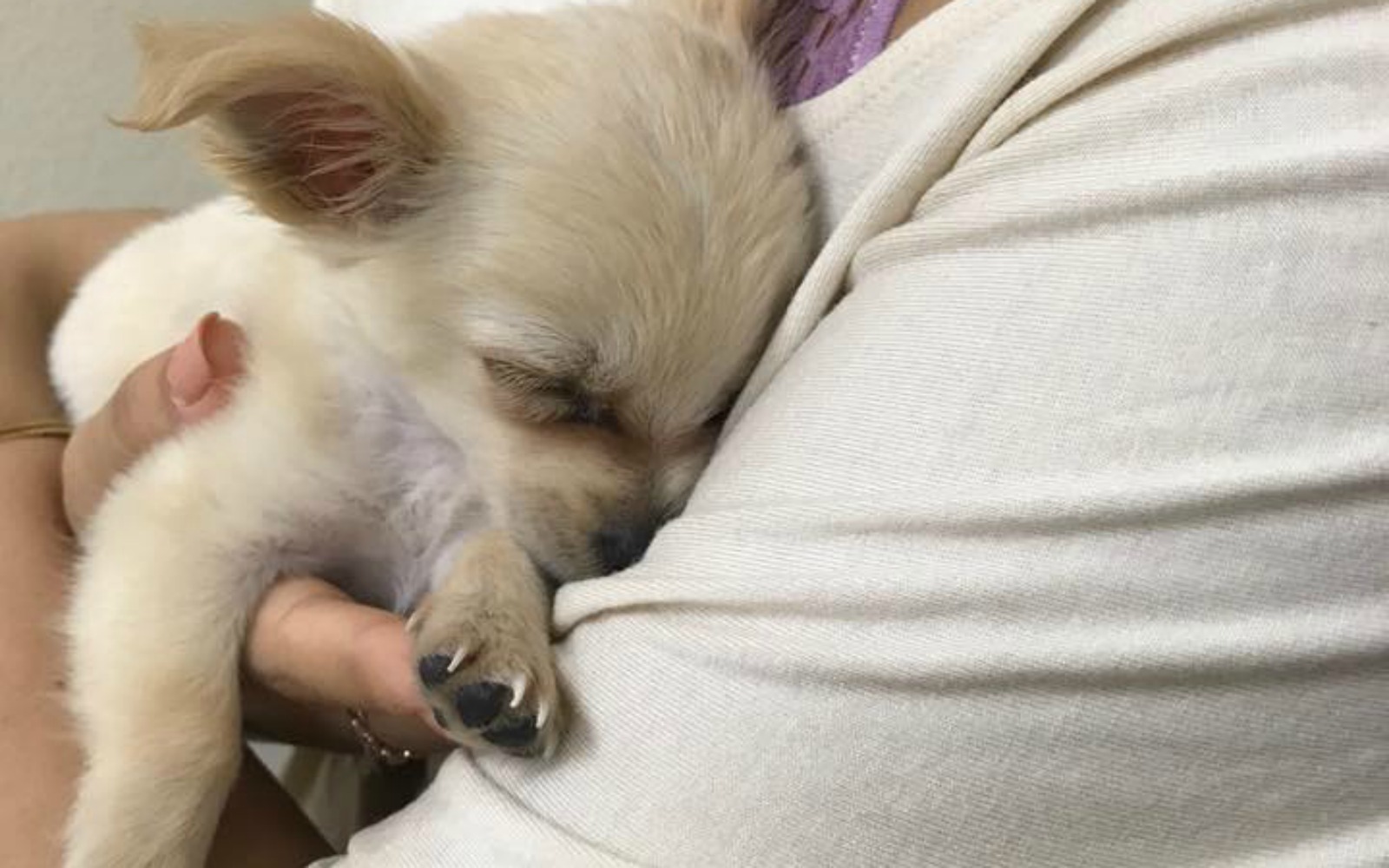 A three-month-old puppy, named Chewy was abandoned at a Las Vegas airport bathroom along with a heartbreaking handwritten note. As a victim of domestic violence, Chewy’s guardian was fleeing to escape an abusive partner but had to make a difficult decision when it came to what was best for little Chewy.

It’s evident in the note that Chewy’s guardian was trying to do what was best for the small pup, as well as themselves. According to the Humane Society of the United States (HSUS), only three percent of domestic violence shelters in the United States accept pets. 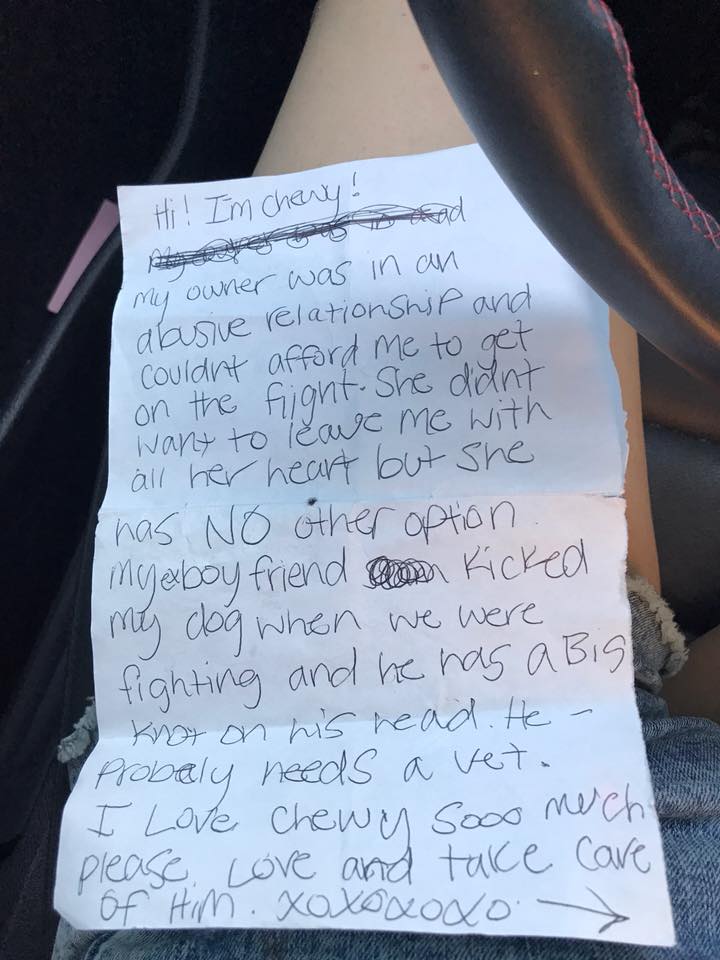 Thankfully, Chewy was found in the airport bathroom by a Good Samaritan and the puppy is now in the hands of Connor and Millie’s Dog Rescue. They report he is doing great. 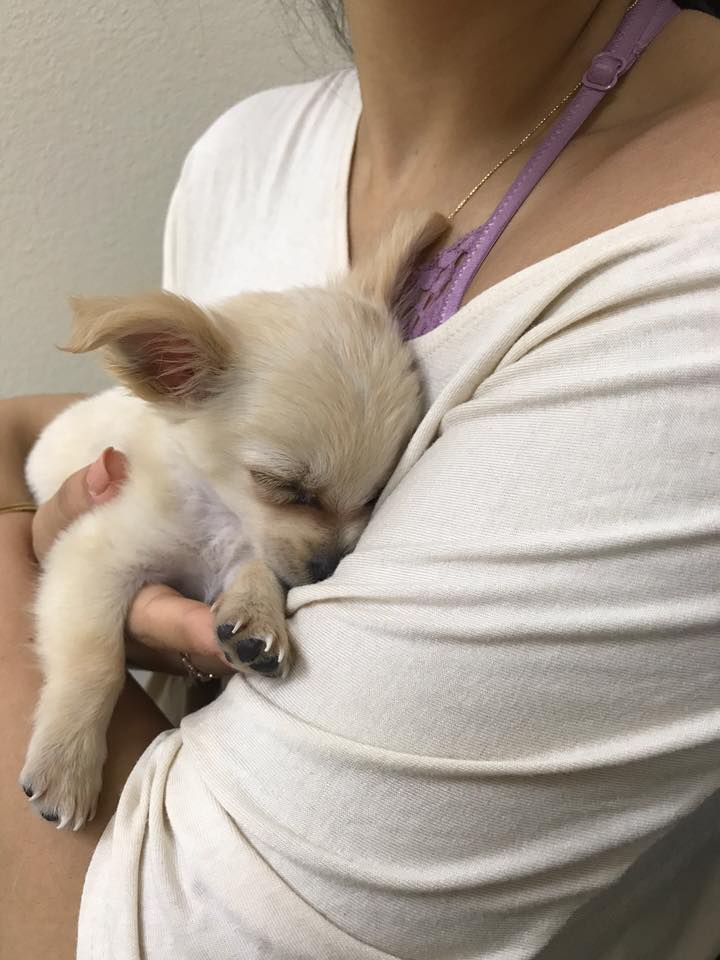 “This one really got to me. You could tell by the way the note was written that the woman was in dire stress and she didn’t want to give him up and she couldn’t take him with her,” Darlene Blair, of Connor and Millie’s Dog Rescue, told Komo News. 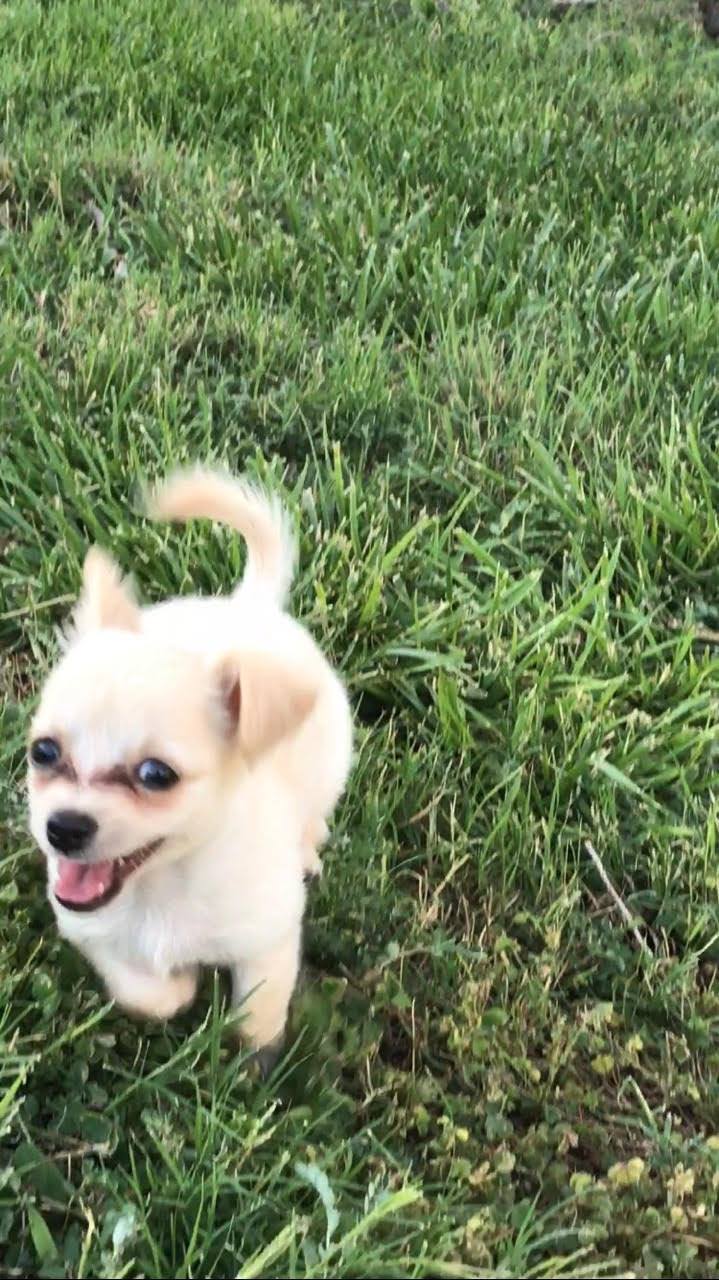 While there haven’t been any updates on Chewy’s guardian and if they are safe, we are thankful Chewy was rescued and given a second chance.

The rescue has already received dozens of applications from people wanting to adopt Chewy. Connor and Millie’s Dog Rescue is grateful but shared an important message on their Facebook, “Thank you for all the offers of a loving home. However, there is but one Chewy and he can go but to one home. Please consider the hundreds if not thousands of ‘Chewys’ loaded with love that are desperately seeking homes in shelters which are at max capacity, rescues are full! Please consider adopting another wonderful companion in his honor!”

One study found that up to 83 percent of women entering domestic violence shelters report that their abusers also abuse the family pet. In fact, animal abusers are five times more likely to abuse people. With the majority of U.S. homes having a dog and/or cat as companion animals, this means too many women or men, and children are either forced to part with their beloved animals or feel they have to stay in an abusive situation in order to avoid parting with their pets. Some victims even live out of their cars and choose homelessness over having to relinquish their animals to a shelter. This should not have to be this way.

Luckily, there is a solution in the works. According to HSUS, current pending legislation, the Pet and Women Safety Act (PAWS), will “expand domestic violence protections to include pets and provide resources for victims to safely shelter pets from abuse.” The PAWS Act will also provide grant funding to domestic violence shelters who accept animals, as well as including any vet bills as part of restitution payments. Thirty-two states already have pet protection order laws in place that safeguard pets under restraining orders filed against domestic abusers. However, legislation must be made at the national level to further strengthen these laws protecting these victims.

Please take a moment to sign this petition and join HSUS telling Congress to support the PAWS Act and help save both the human and animal victims of domestic violence. For more ways on how you can get involved to help save animals, click here.