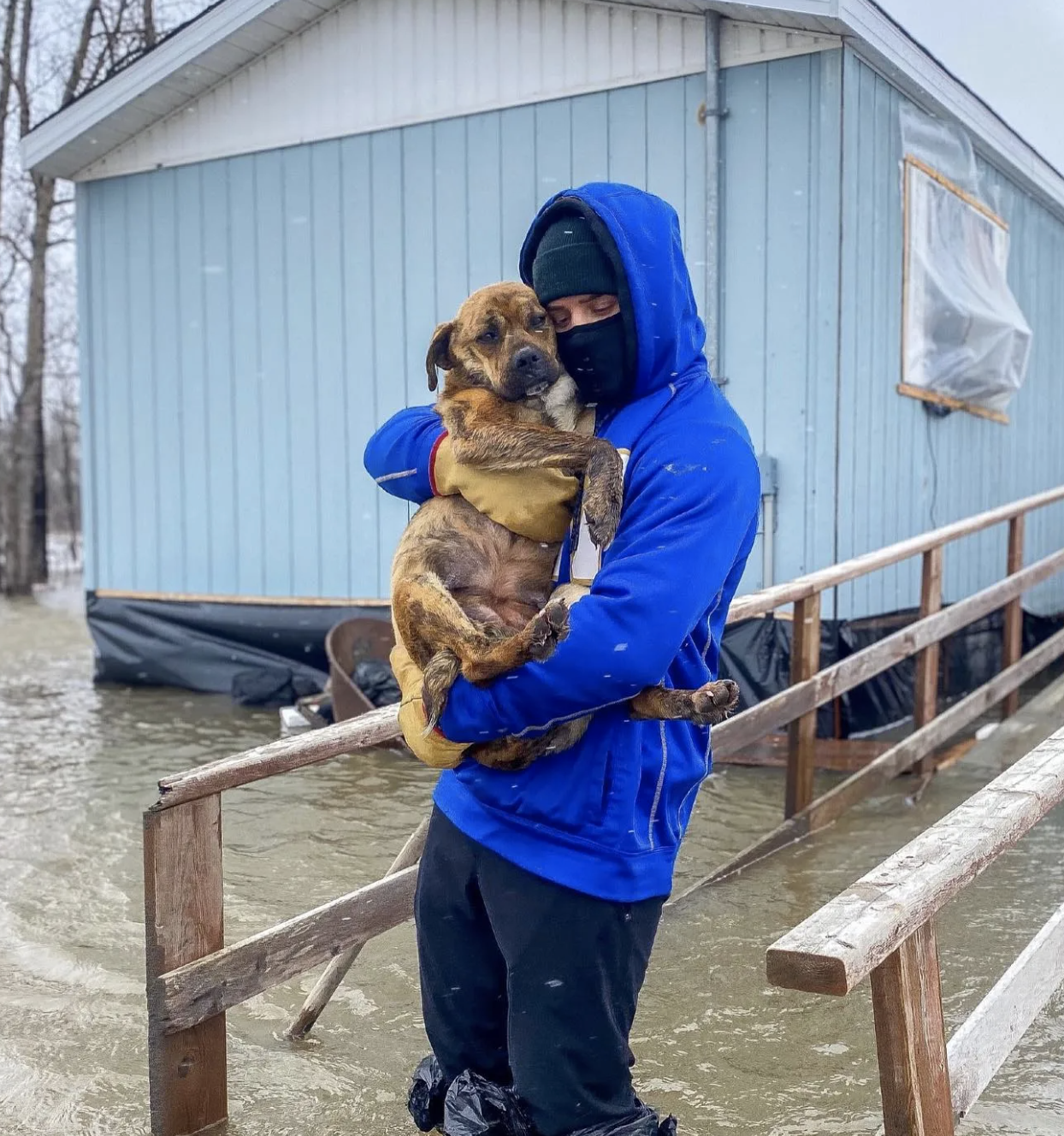 Severe flooding caused an entire community to go into a state of emergency. Residents were forced to evacuate, tragically leaving many animals behind to fend for themselves.

Professional football player Brady Oliveira received an alert about a mom and two pups who were abandoned & left in a home that was completely submerged in water for over 24 hours! Nothing could have prepared Oliveira for the heartbreaking moment when he saw the panic, fear, and complete helplessness in their eyes, Oliveira reported.

@brady.oliveira One of the craziest rescue missions that I’ve been on! I received an alert about a dog & her 2 pups being left on a property where the community was evacuating due to the severe flooding! Pups were locked in the bathroom for 24+ hours covered in their own urine & fecies. Mom was locked outside with nowhere to go! 💔 Walking in the ice cold flood waters & getting hypothermia was one for the books! Welcome to the goodlife 🐾 #heartwearming #abandoneddogs #dogrescuer #dogrescuestory #savedogslives ♬ original sound – Brady.oliveira

It is hard to imagine just how terrified the pups must have been stuck in the house for so many hours! The mother was left outside in the cold on a deck that was almost completely submerged underwater. Her pups were locked inside the house in the bathroom and were covered in their own urine and feces, reported Oliveira.

In one of his most recent TikTok videos, Oliveira can be seen trudging through the ice-cold water for 30 minutes at some points even up to his mid-thigh, and carrying the pups back to safety the entire time, all while pushing through a mild onset of hypothermia.

Paramedics in the area attempted to move the athlete back to land but he and Shai Ross, a receiver for Edmonton Elks who offered a healing hand, wouldn’t stop until all the pups were safe. Once he was made aware of the stranded pets, there was absolutely no way Oliveira was going to stand down and do nothing.

“One of the most emotionally charged rescues that I’ve ever done!” Oliveira said in an Instagram post.

“Never leave your animal behind & if you really have to, then contact a local animal rescue! These animals deserve better than this!” Oliveira added.

You can keep up with Brady Oliveira’s heartwarming animal rescues on his Instagram!