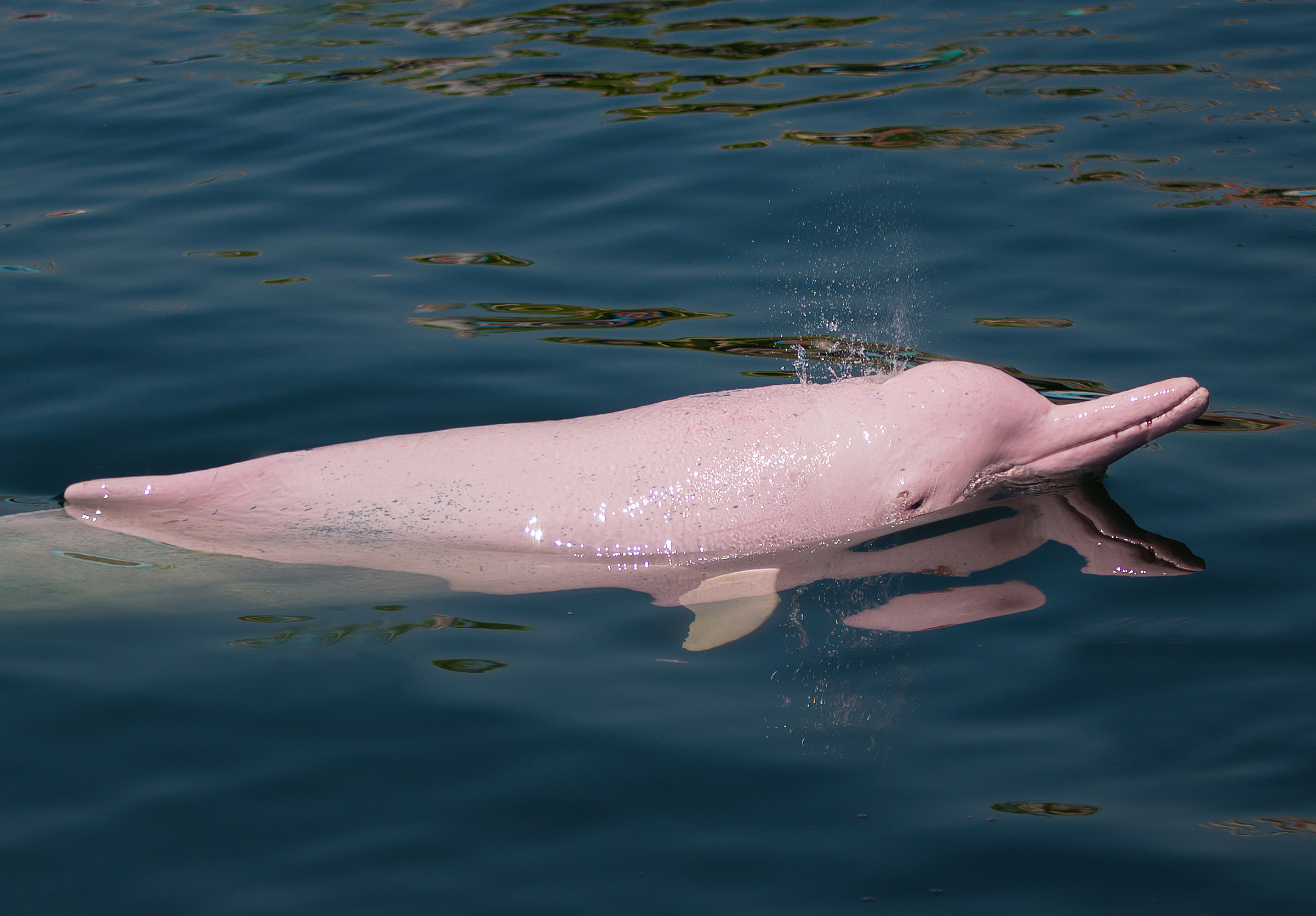 Sightings have risen 30 percent since March, according to the publication. Indo-Pacific Humpback dolphins, nicknamed pink dolphins, have had reduced numbers due to overfishing, pollution, ferry traffic, and congestion. According to scientists, there are only an estimated 2,500 of these beautiful animals left.

While numbers are still under threat due to lower numbers of young dolphins, scientists have been using this quiet time to study activity and see how dolphins have been adapting to the situation. Signs point to the dolphins thriving in this new, quieter environment.

Senior research scientist Dr Lindsay Porter, of the University of St. Andrews, told The Guardian that “From visual observations the dolphins are spending much more time socialising, splashing around on the surface, quite a bit of foreplay, quite a bit of sex,” says Dr Porter who has studied dolphins for 30 years in Hong Kong. She adds “Hong Kong dolphins normally live on the edges, they’re stressed, they spend their time eating and resting. So to see them playing… to see them having a good time, that was really great to see.”

Read more about whales and dolphins in One Green Planet, including recent military plans off the coast of California that might affect whales and the beluga whales that were transferred to a sanctuary!

Ban Gillnets that are Responsible for Killing Thousands of Dolphins and Other Marine Animals!Click Here to Sign Petition