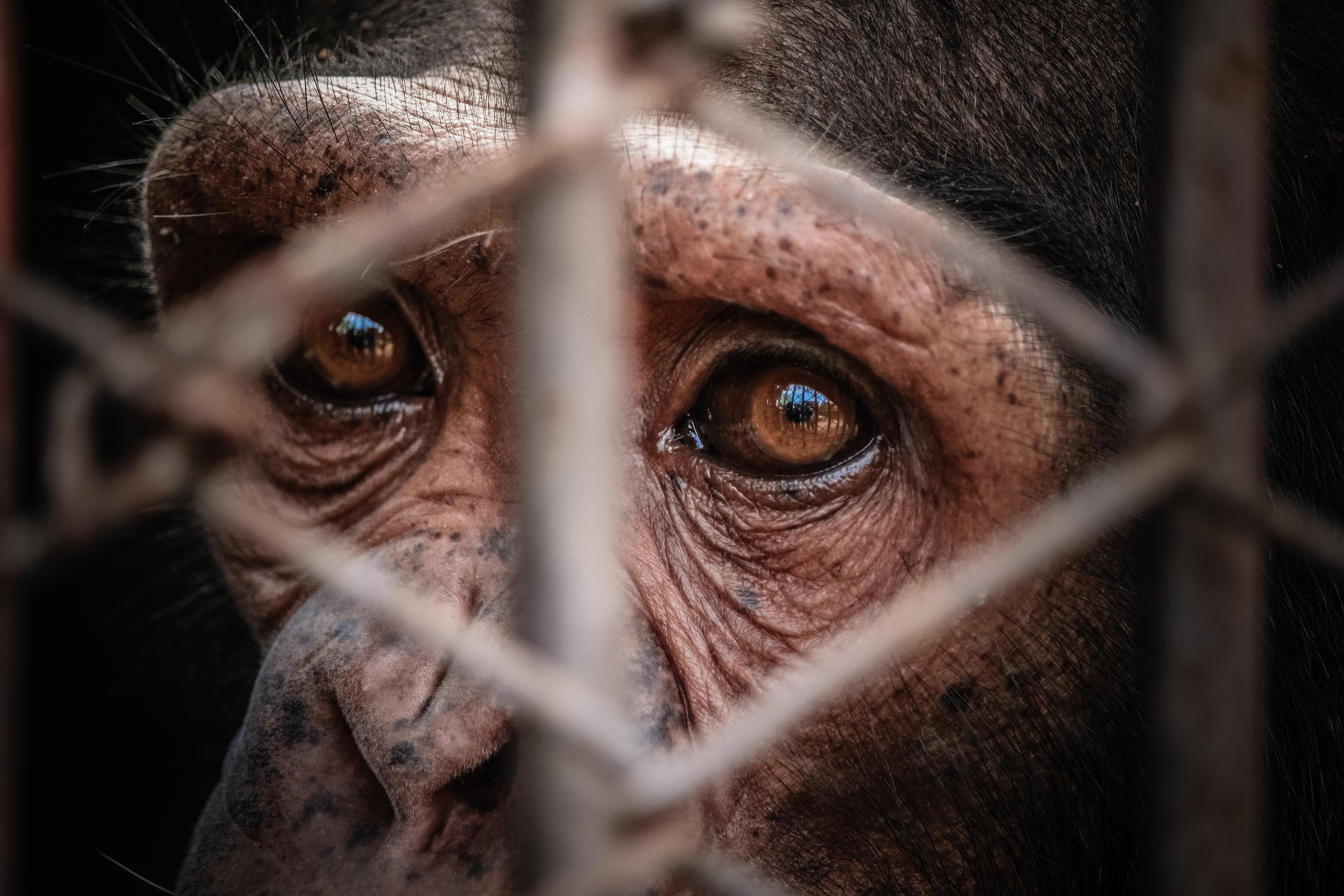 Myrtle Beach Safari is under fire for exploiting animals on their social media accounts. A video went viral of one of their chimps scrolling through Instagram. At first glance, it might appear funny or adorable, but it’s actually quite terrible. There are multiple reasons why this kind of post is dangerous.

Firstly, it’s the exploitation of a captive animal that should be in the wild. The ‘Safari’ has a history of making the animals do all kinds of antics for views and likes on social media. In the past, they’ve also posted videos of NFL stars playing football with the chimps and petting tigers. This is dangerous for everyone involved — the animals and the humans. We are not supposed to get that close to a wild animal and if the animal appears accustomed to it then it’s for bad reasons such as being held captive so long or maybe being forced.

They were also under fire when they took wild animals to a theater to watch Tarzan, which leads us to another important reason all these antics are terrible. Wild animals should not be treated like humans. Primarily because they are wild animals and should be respected as such. It’s bad enough that they are living in captivity which is bad for their physical and mental health. It’s also a terrible message to spread to viewers, audiences, and especially children.

When wild animals are treated as humans or forced to do unnatural things, it takes away the natural fear and caution that humans are supposed to have when encountering them. Children learn to be less afraid of them and think that they exist for our own entertainment and purposes. They also learn to think captivity is perfectly acceptable, which it’s not!

Famous primatologist, Jane Goodall also saw the posts being made by Myrtle Beach Safari and was extremely disappointed and worried about it driving the illegal wildlife trade. When animals are seen doing ‘adorable’ things that they should not be doing or would never naturally do, it makes people want to have them as pets. We’ve all seen the worrisome comments under zoo or even sanctuary posts saying “I want one!” Goodall’s foundation says: “Social media videos and posts of this kind [drive] the illegal trade in chimpanzees and other great apes as pets.”

Sign this petition asking The Myrtle Beach Safari to stop exploiting captive animals through its “encounters” and viral videos!