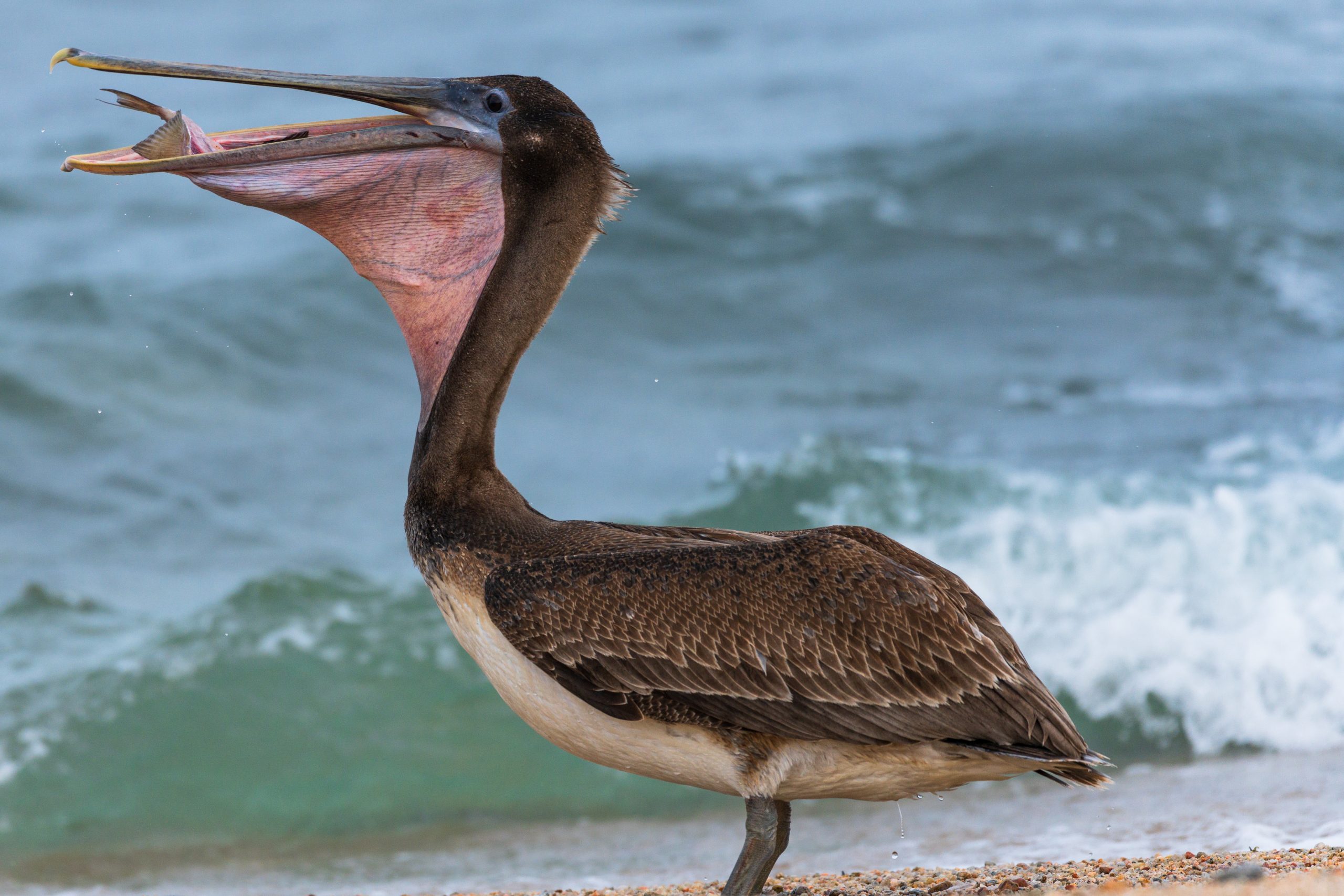 Pelicans are social animals that live in groups near the water. There are eight species of pelicans in total and the brown pelican is the only kind that dives to catch food. Due to pesticides like DDT, the brown pelican population started to go down around 1970. Thus, they were added to the Endangered Species list. Fortunately, their population has been steadily increasing. However, they still face many manmade threats, such as pollution.

Recently, a human (or perhaps a group of them) have been directly harming pelicans by slashing their gulars. A gular is the pouch that pelicans catch fish into. After the fish is caught and the water is drained, pelicans swallow the fish that they caught.

Every few months since September 2019, a new pelican arrives at the International Bird Rescue in Southern California. Each bird suffered the same gruesome injury: a huge gash in their pouch that leaves their throat totally exposed.

Rebecca Duerr, its director of research and veterinary science, says that the cuts have been getting worse and that because they are so clean, they were probably intentionally inflicted by a human. These birds not only suffer pain and a risk of infection; the slashes also doom the birds to death by starvation if they are not rescued.

While a few of the pelicans recovered and were able to be released into the wild, others were not so lucky. One died of a fungal infection and another had to be euthanized.

International Bird Rescue is offering a $5,000 reward for any information that leads to a conviction of the person responsible. They are also asking people who have any information to call the California Department of Fish and Wildlife tip line at 888-334-2258.

Sadly, law enforcement says that they are unable to start an investigation due to a lack of leads. Sign this petition to urge the California Department of Fish and Wildlife to do everything in their power to find the perpetrators of this violence against pelicans!