These Paintings of Animals are Bold and Beautiful but When We Looked Closer, the Satire Blew Us Away

Pawel Kuczynski is a polish artist and cartoonist whose satirical drawings are as thought provoking as they are interesting to look at. Born in 1976, he’s been drawing cartoons in the satire genre since 2004 and has more than 100 awards, prizes and distinctions to his name. It’s no surprise as his work has a unique way of evoking deep thought, while the images he creates can be described as straightforward and simple. Like any good satirist, he wants his work left open to interpretation, though we think it’s safe to say he thinks an awful lot like a Green Monster, as he waxes artistic on subjects like world peace, poverty, ecology and animals.

“I’m [an] observer,” he said of where he gets the inspiration behind his work. “We all live together on (sic) this world, for so many years but we keep doing the same mistakes.” Watching the way we treat one another, the earth and animals has obviously inspired him to provoke conscious contemplation, though not every piece he does is intended to be a serious commentary. Often including jokes, he takes a light hearted approach on occasion to depict his musings, though his subjects by default are timely and painfully real.

Which is precisely why Kuczynki’s work resonates so strongly for so many. He draws what he sees in the world around him, the same world we all share. By putting animals into his work with a satirical tone, we can look at these issues through a different lens.

One thing is absolutely certain, Pawel Kuczynski’s work definitely makes you think. Here’s how we see his work (and we’re fairly certain he’d agree with us).

Why Do We Love One, but Eat the Others? 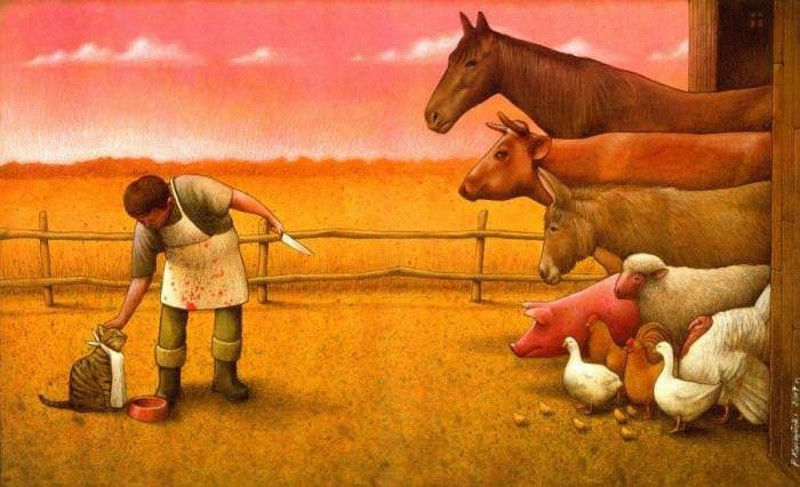 If Only Animals Were Given the Red Carpet Treatment That Humans Get. 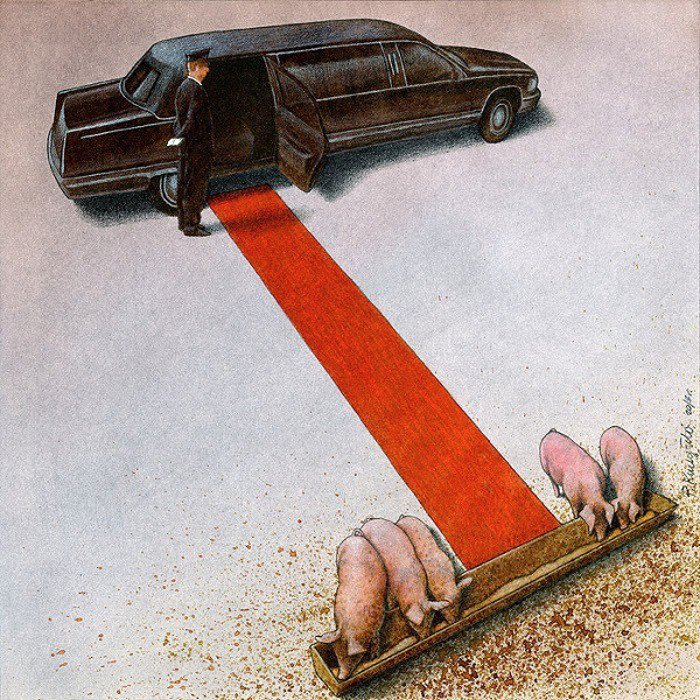 The World’s Beef Cattle Consume Enough Grain to Meet the Caloric Needs of Every Human on the Planet. 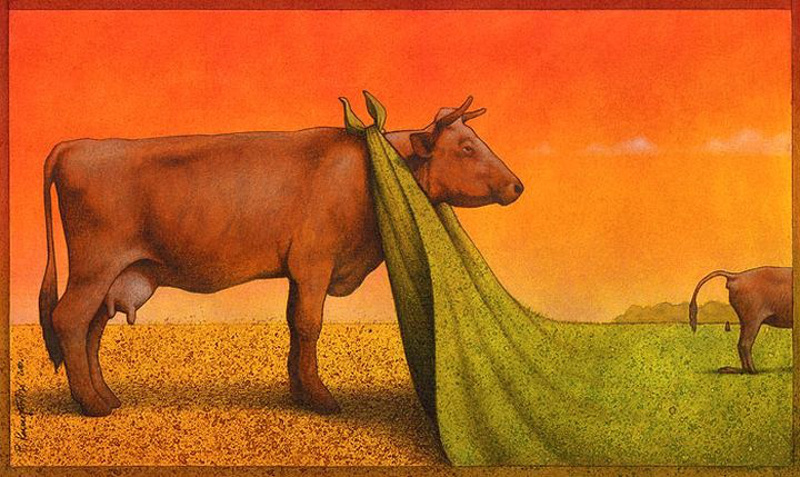 A “Cat Lady” Gets Another Little Angel, but to the Cats, She’s the Angel. 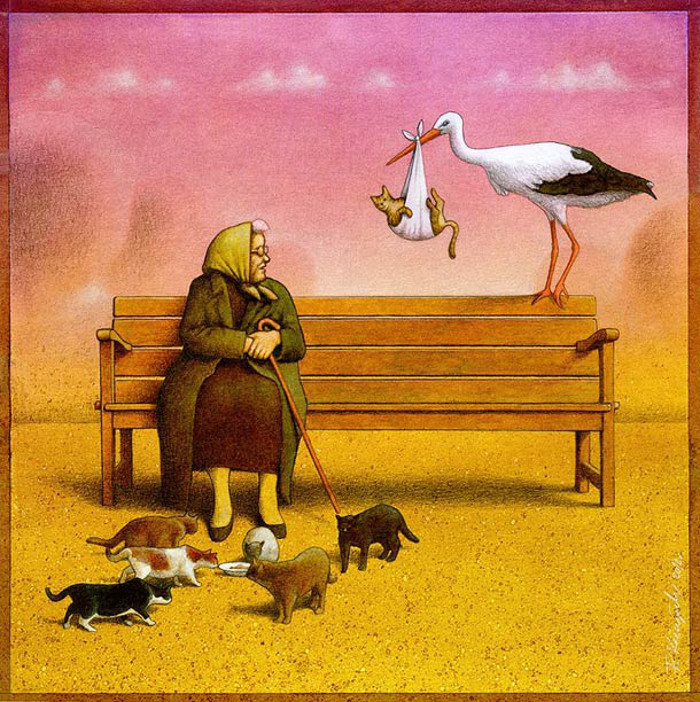 A Post-Apocalyptic World From a Penguin’s Point of View. 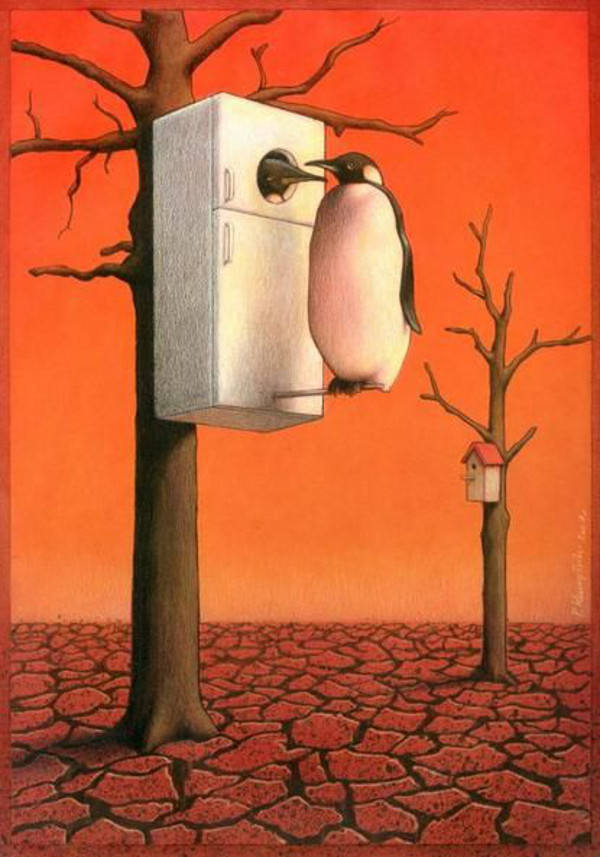 Human Consumption has Become a Circus Side Show, With the Meat Industry Acting as Ring Master. 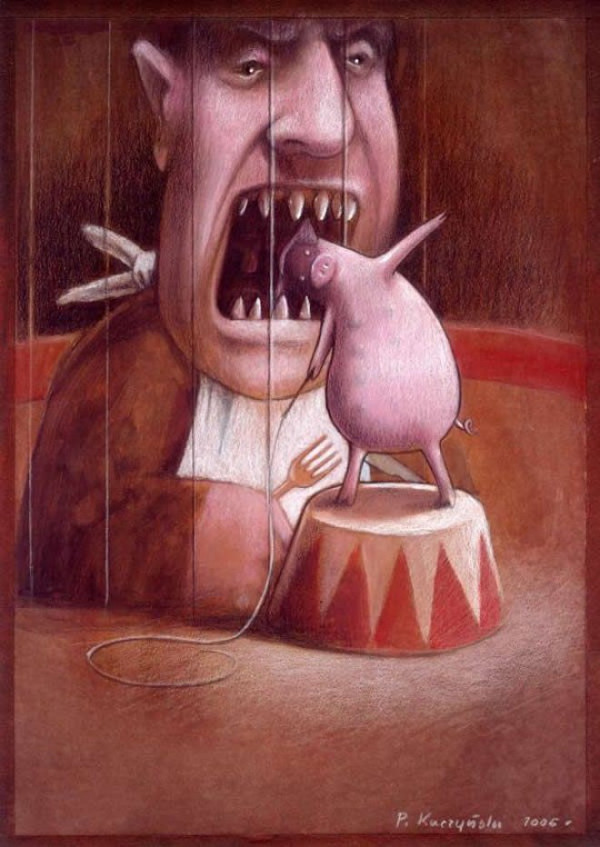 The Very Existence of Arctic Animals is Tied Directly to Their Vanishing Natural Habits. 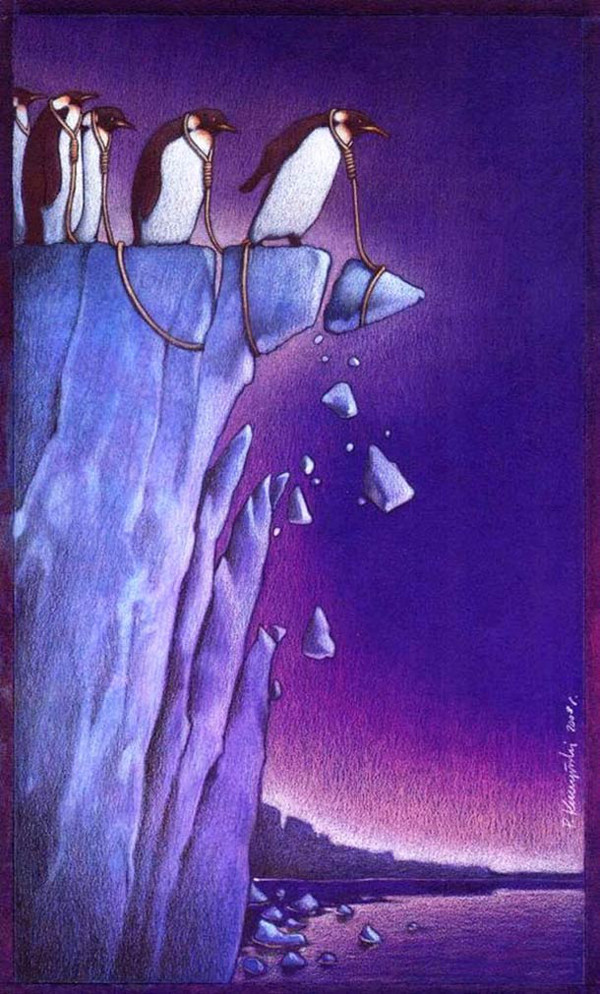 For Some, It’s Easy to Hide the Fact From Themselves That Their Meal was a Living Being. 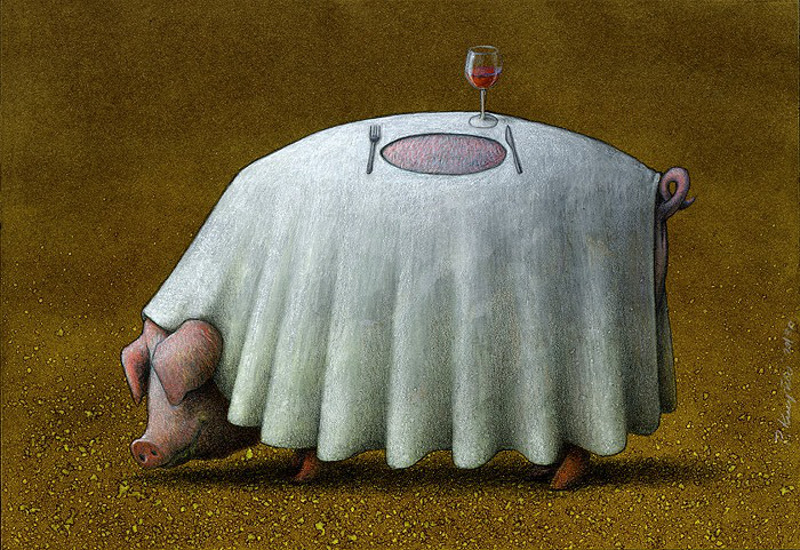 While Humans Continue to Annihilate the Planet, Animals Fight to Adapt in Order to Survive. 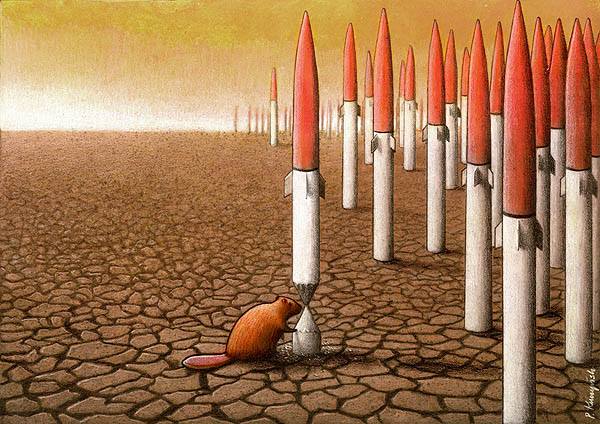 Don’t take our word for it. What are your interpretations of Kuczynski’s work? Sound off below!