Nearly Half a Million Farm Animals Perished in Barn Fires Last Year. Here’s What You Can Do! 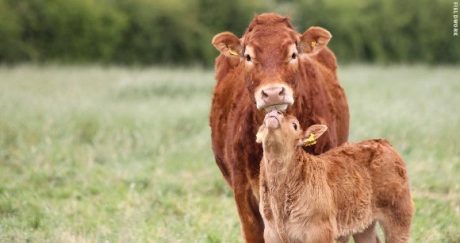 Shortly after we rang in the new year, a devastating fire tore through Konos Inc. egg farm near Kalamazoo, Michigan, engulfing an entire barn and killing 300,000 egg-laying hens.

With this one blaze, Michigan — which leads the nation in farm animal deaths from barn fires — surpassed last year’s death toll for the entire state.

The Upper Midwest, however, isn’t the only area of the country racking up barn fire casualties. Second to Michigan, North Carolina reported 42,500 deaths in five fires last year. Pennsylvania came in a close third, with 42,000 deaths in 14 fires.

In all, at least 469,000 farm animals perished in potentially preventable barn fires in 2019 — more than triple the number in the previous year, according to an Animal Welfare Institute (AWI) analysis of media reports. Because of large-scale confinement and a steadfast refusal by factory farm operators to invest in fire deterrents, we have seen a significant increase in massive fires.

Though these numbers are grim, they don’t represent the full scale of the tragedy. Municipalities aren’t generally required to report barn fires, and some companies decline to release the information to the public.

While the cause of most fires is unknown, many are believed to result from electrical malfunctions or improperly placed or faulty heating devices. In other cases, arson is the suspected cause.

Whether they are housed in small hobby farms or large commercial facilities, animals such as cows, pigs, chickens, ducks, and turkeys generally are not protected by any municipal codes or state laws. In fact, they receive considerably less protection than other species of confined animals, such as those living in laboratories or zoos.

Since 2017, at least 2 million farm animals have died in barn fires nationwide, according to AWI’s research — a staggering number that should sound the alarm for producers to prioritize fire prevention and suppression. The vast majority of victims were birds, who are crammed into sheds by the tens to hundreds of thousands with no chance of escape during an emergency. Additionally, most fires occur during colder weather, possibly due to an increased reliance on electrical heating devices.

Such a massive loss of life that involves extreme suffering would be considered horrific and unacceptable if the victims weren’t animals raised for food. Yet even millions of deaths are of little consequence or concern to an industry that produces animals by the billions and views the life of an individual animal as having virtually no value.

The management and welfare of animals raised for food directly impacts human health and the environment. Intensive farming operations serve as ideal incubators for disease. Several major human health concerns are associated with these operations, including increased transfer of infectious agents from animals to humans, antibiotic resistance, food-borne illness, and the generation of novel viruses like H1N1 (swine flu) in pigs. Currently, a brutal African swine fever epidemic is decimating China’s pig population, with ripple effects felt across the globe.

Agricultural trade associations and individual farming operations have a responsibility to animals raised for food and to consumers to prioritize animal welfare, and that should include protecting farm animals from barn fires.

Fortunately, there are a number of fire suppression and prevention methods available to producers, as AWI noted in its comprehensive barn fire report. These include enlisting the local fire department to perform annual hazard inspections of facilities, installing smoke and heat detection systems, adding sprinkler systems, drafting emergency plans under the guidance of a fire protection engineer, and properly training employees in these procedures. In areas with limited water supply, producers can build on-site water storage containers.

The time to act is now. As larger barns are constructed to meet consumer demand, we can expect an increasing number of birds succumbing to barn fires. When new barns are built, they should contain equipment to prevent or suppress deadly and destructive fires.

The average meat eater will consume a total of 2,500 pigs, cows, chickens, turkeys, and sheep in their lifetime. To give all farm animals a life worth living, Americans need to eat fewer products derived from them — that means less meat, dairy and eggs.

Ensure your food choices alleviate animal suffering rather than perpetuate cruelty. If you consume animal products, buy from family farms where you can see that animals are not confined to cages or crates, and where they are able to roam freely and behave naturally. When shopping for meat, dairy and eggs, look for labels indicating the product is third-party certified for animal welfare. AWI publishes a handy guide for consumers that divides claims about how farm animals are raised into “best choices,” (such as Certified Animal Welfare Approved by AGW and Global Animal Partnership’s Steps 4 and 5), “next best choices,” “potentially good choices,” and “beware of these labels.”

We also highly recommend downloading the Food Monster App  — with over 15,000 delicious recipes it is the largest plant-based recipe resource to help you get healthy!  For more Animal, Life, Vegan Food, Health, and Recipe content published daily, don’t forget to subscribe to the One Green Planet Newsletter! Being publicly-funded gives One Green Planet a greater chance to continue providing you with high quality content. Please support!