Happy Mother’s Day! 6 Animals that are the Best Moms on the Planet!

This Mother’s Day, we want to celebrate these wonderful animal moms.

There are a lot of people still learning about animals taking care of their young, but one thing is for sure: all parenting styles are different. From leaving their young to fend for themselves to protecting adult children from predators, animal moms are unique. 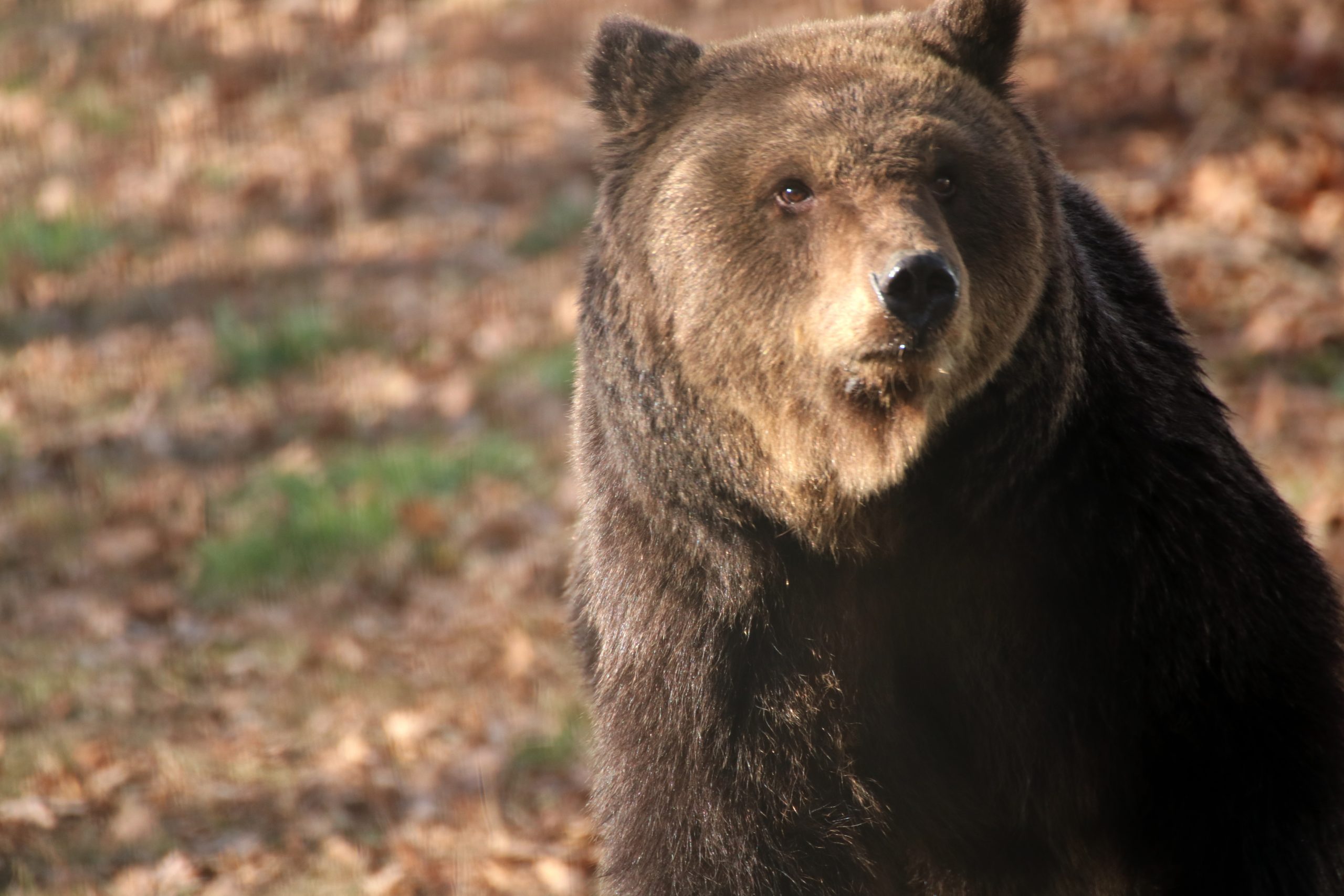 Male brown bears will often kill cubs fathered by another male of the same species, in order to mate with more females and pass on their DNA. Unfortunately, one-third of brown bear cubs die during mating season with 90 percent of those deaths being from a male bear looking to mate.

Researchers in Scandinavia found that female brown bears have adapted to raising their cubs in closer proximity to humans, which keeps scared males away. This act of using a “human shield” gives the cubs a greater chance of survival.

What a smart mama! 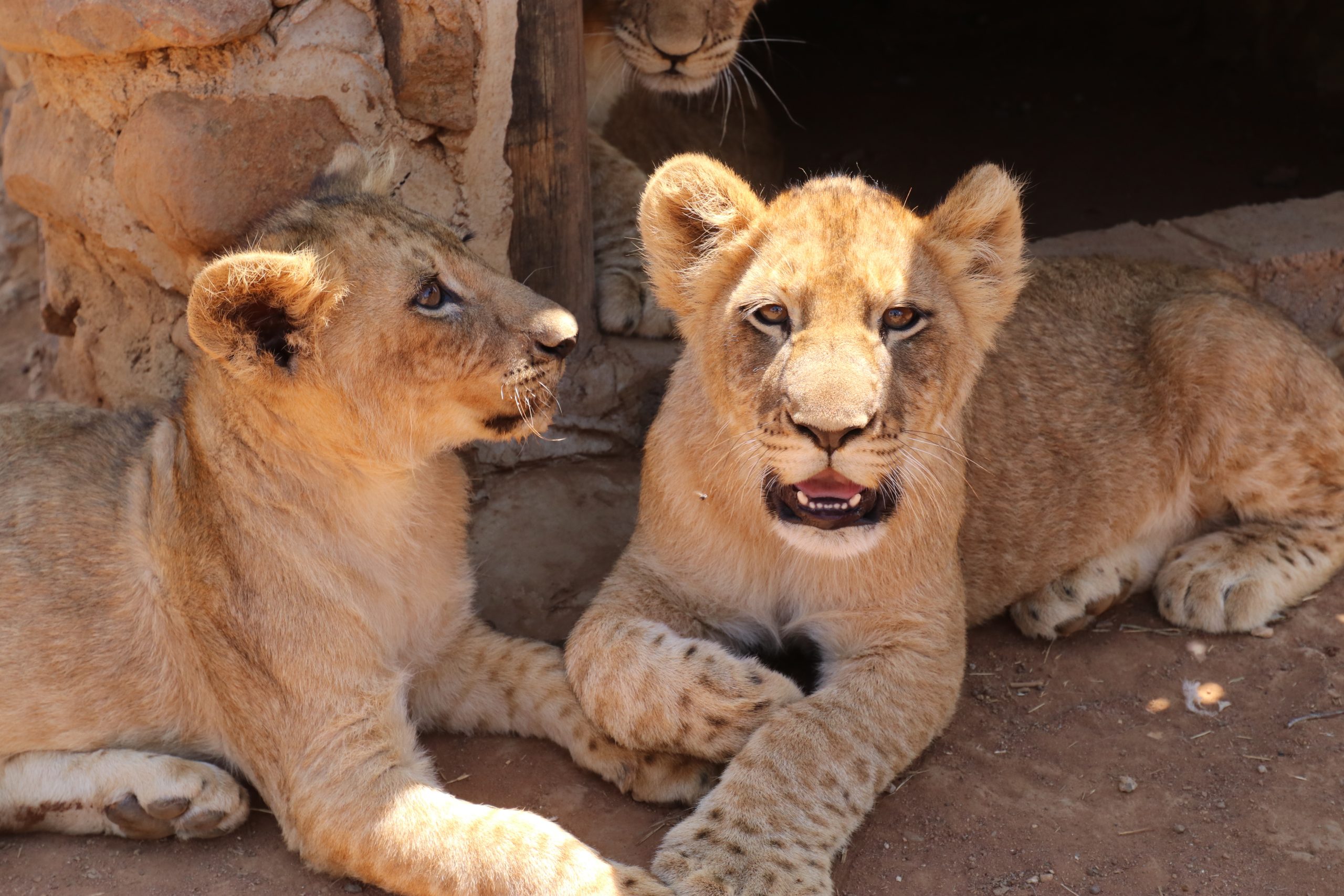 It’s no secret lionesses run the world of big cats. They make up the majority of the pride, hunt for the males, and take care of their cubs. During mating season, multiple female members of the pride will give birth at the same time and nurse their cubs for up to two years.

Like some other species, lionesses will care for other cubs in the pride, but not just to babysit; lactating moms will let any of the pride’s offspring nurse from them. It takes a village! 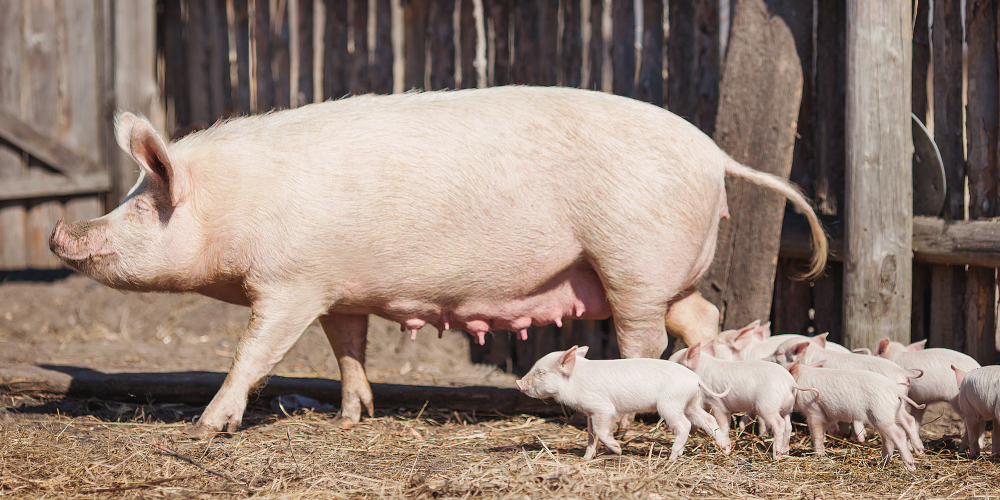 Not only are pigs incredibly smart, emotive, and very chatty, they’re also great mothers. Pigs have dozens of distinctive grunts, including specific ones to call their piglets—just like the human equivalent of names! Piglets learn to recognize their mothers’ voices after approximately two weeks.

Like many human mothers, pigs build strong relationships with their babies and even get anxious when separated from them. When nursing, mother pigs have even been known to sing to their piglets. How sweet! 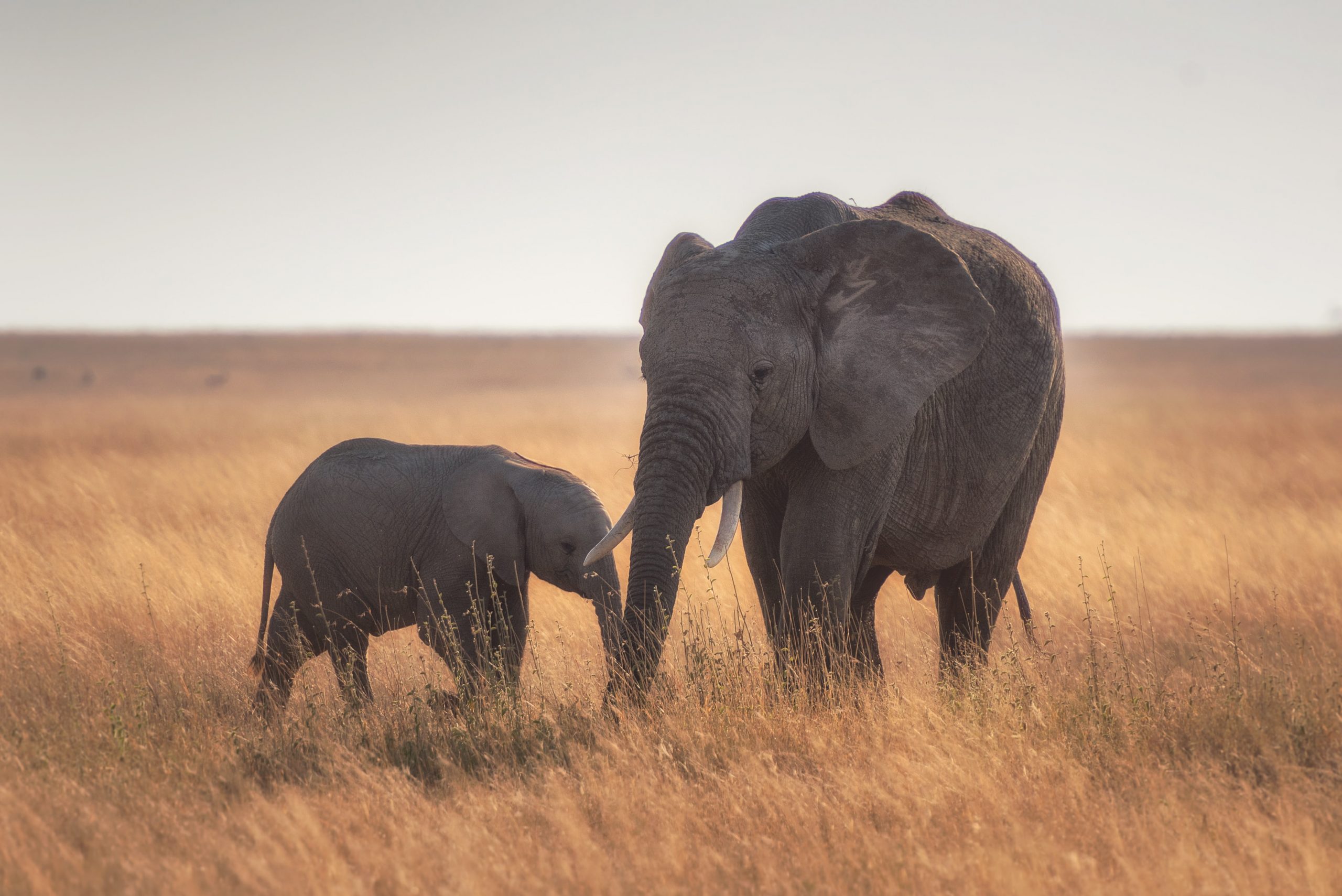 Elephants endure 22 months of pregnancy and give birth to 200-pound babies.  If that doesn’t already make them super moms, this certainly does: female elephants stay with their mothers their entire lives.

The herds they live in are matriarchal, often consisting of mothers, sisters, and calves and led by an elder female. Mother elephants select several relatives as “babysitters” for their calves so they can enjoy eating in peace (isn’t that every mother’s dream?). 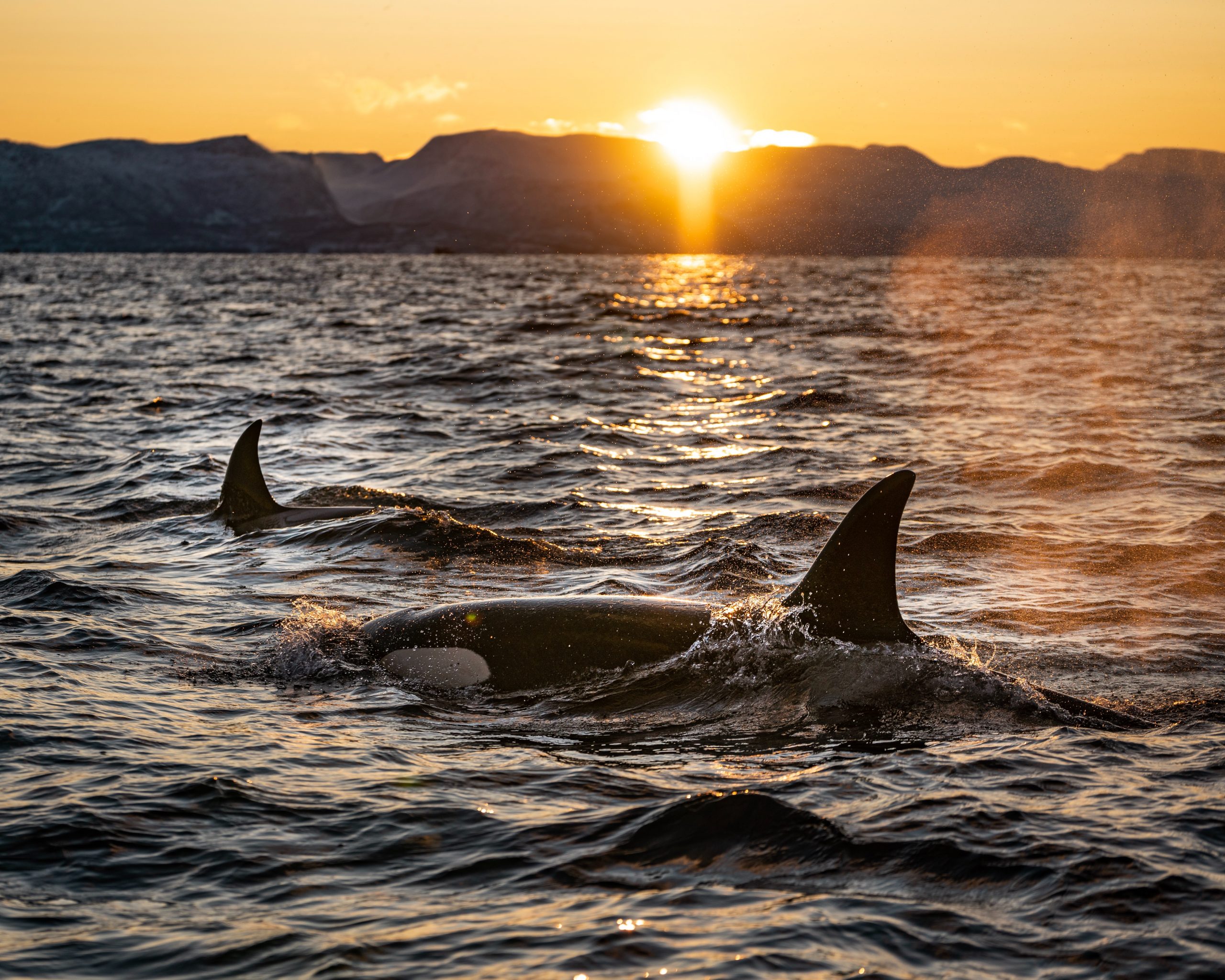 Like elephants, orcas have a long gestation period—approximately 17 months—and their calves stay with them their entire lives. While male orcas will mate with females from other pods, they always return to their original pods where their mother orcas coddle their sons.

That’s right, orca mothers continue to help grown sons fight off predators and find food long into adulthood. According to research on orcas living in the Pacific Northwest, males often die one year after their mothers do. Scientists believe this is one of the reasons orcas are one of the few species of animals, including humans and pilot whales, to have extended post-menopausal life. 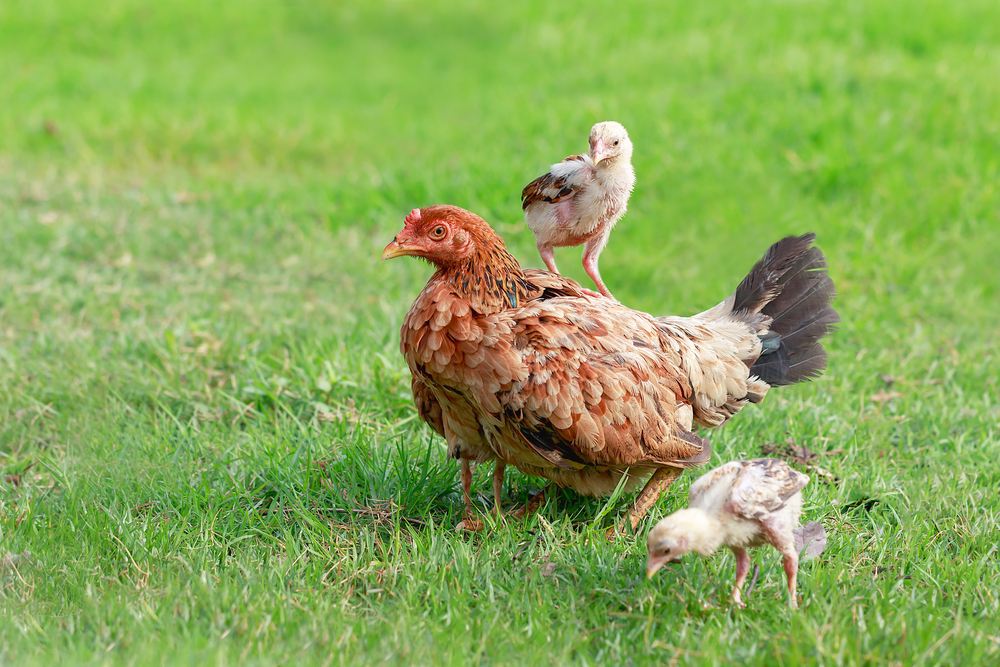 Like pigs, chickens have many vocalizations—including specific calls for alerting their flock when predators are nearby, and chicks can let their mothers know when they’re uncomfortable. While that’s impressive, mother hens use their vocalizations to do something sweeter; mother hens chirp to their chicks before they’re born. What’s more, the chicks chirp back inside the eggs.

Incredible mothers, chickens have even been videotaped shielding their babies from the rain.

Biologically, it doesn’t make much sense for animals to adopt the young of other species, but that doesn’t mean it can’t happen! One example of animals adopting another species is an infant marmoset adopted by a capuchin group in 2004. The infant had two capuchin adopted mothers and was tolerated by the rest of the group.

They’re not the only ones. In 2019, a bottlenose dolphin was spotted with her biological calf and adopted whale calf. He rarely left his adopted mother’s side and even took on some bottlenose dolphin behavior like surfing, jumping, and socializing with other males. While it’s not clear what happened to the whale’s biological mother, dolphins have been documented kidnapping calves of other species. Plot twist!

While there are many other great animal moms out there, these animal species are some of the ones World Animal Protection works hard to protect from abuse. From working to ensure elephants are no longer used for circus-style tricks to keeping dolphins out of tanks and fighting to protect farmed animals from the abuses of factory farms, we couldn’t protect them without your support.

This Mother’s Day, please consider making a gift to protect animals—you can even do so on behalf of your mother.