Is the Tide Against Live Animal Circuses Turning? 3 Recent Victories to Celebrate 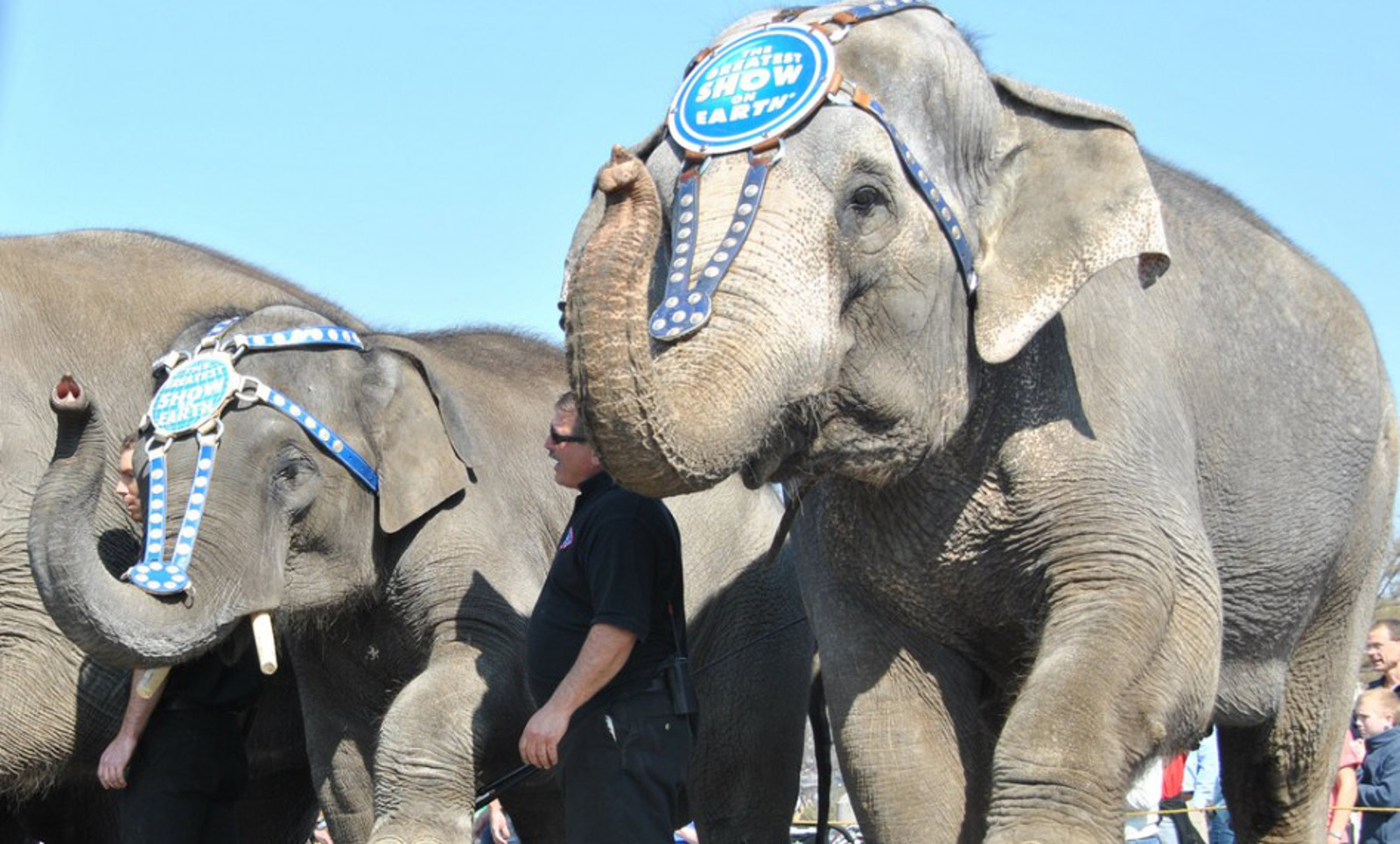 Sometimes it’s easy to get overwhelmed by bad news about animals being abused or neglected in circuses. Luckily, there seems to be an influx of positive news lately, as well. Perhaps the biggest news to come out recently is Ringling ending its use of elephants. Since Ringling not only utilizes bull hooks and other incredibly cruel methods to train their elephants – in addition to carting them in cramped cars to over 40 cities a year, this is certainly fantastic news. As one of the largest and most well-known circuses in the U.S., this is a highly positive step that is sure to inspire others to reconsider their elephant acts.

While this victory is worth celebrating, there are lots of less conspicuous victories for circus animals occurring across the country that haven’t received as much coverage. More than 40 US cities and 30 countries now prohibit the use of wild animals in acts like circuses and other performances, so tangible progress is being made. Many states are starting to see the light when it comes to animals performing and passing legislation that reduces or eliminates this abuse. A lot of this legislation is also focusing on animals other than just elephants. The states highlighted below are leading the way in making the world a better place for the animals.

Hawaii’s governor recently announced that he will no longer give out permits for entertainment that uses wild animals. This action effectively bans wild animal acts in the state of Hawaii, which includes circuses.

This action stems from a history of problems with wild animal acts, including an elephant named Tyke. Twenty years ago Tyke escaped from a circus in Honolulu. He killed and injured several people, then was shot to death with 86 gunshot wounds. He was left to die on the street, which took two hours. This incident recently resurfaced through the release of a documentary on Tyke and served as motivation to pass this legislation.

The legislation will officially be on Hawaii’s Department of Agriculture’s June agenda, but they will begin denying the permits for wild animal performances immediately. This is certainly a victory for the animals of Hawaii and those who advocate for them.

Many cities and municipalities in California already have some sort of legislation on the books prohibiting or limiting animal acts or the training tools used for them such as bull hooks.

In April, for example, San Francisco banned performances by wild and exotic animals. This ban includes circuses, movie and TV sets. San Francisco is the largest city to have such a sweeping ban. Certain educational uses will still be allowed. Eight other municipalities have bans on circuses and Los Angeles and Oakland prohibit bull hooks. In May this year, the California State Senate passed a bill to ban the bull hook, making it the first state to institute such a ban.

Some business owners who train elephants are fighting the ban, claiming it would put them out of business (which might not be such a bad thing…). Other people claim that bull hooks don’t hurt the elephants, because they are only used as guidance. This is hard to believe for anyone who has ever seen the sharp hook attached to this “tool,” which is used on sensitive areas of the elephant. Also, no accredited sanctuary in California or even zoos, which are hardly models of animal care, use the bull hook. The California bill is supported by the Humane Society of the United States and the Performing Animal Welfare Society, so it has some powerful allies. Hopefully the bill will pave the way for legislation in other states.

3. Bill to Ban Wild Animals in Traveling Shows in Pennsylvania

A state senator, Daylin Leach, recently introduced a bill to ban the display of elephants as well as other wild animals in traveling shows such as circuses. The bill focuses on the cruelty of the traveling aspect, so it isn’t as far reaching as many advocates might hope. It still represents a step down the right path, though.

Unfortunately, zoos, educational programs and research would be exempt from the legislation. Leach previously supported other pro-animal measures, although he does encourage the use of domestic animals for performances. This bill would certainly represent progress despite its drawbacks and limitations. If you live in any of these states, be sure to support the pending legislation. If you don’t, then speak up and contact your representatives and encourage them to pass similar legislation where you live!

While this state-level legislation is amazing, don’t forget that we all have the power to make a difference for animals right now. Businesses that employ animals only do so because they have the potential to pull in large profits, if people stop paying to see these animals, however, they are no longer viable and will cease to exist. By boycotting circuses, zoos and any other wild animal attraction, we can send the message that cruelty to animals is unacceptable and should be stopped.