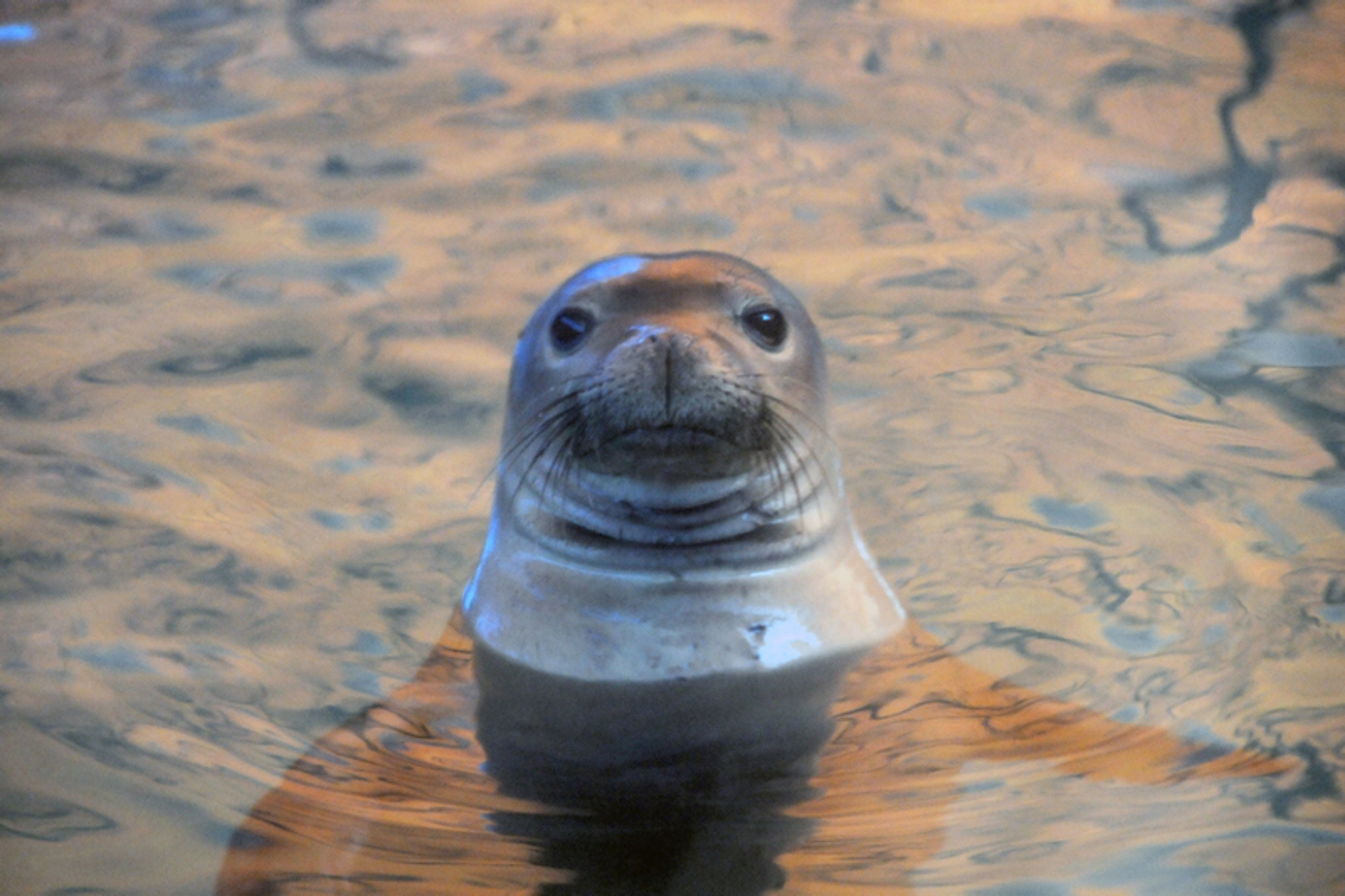 Like just about everyone else who’s seen it, I absolutely loved Pixar’s Finding Dory. For me, this film held a particularly personal message because it echoed the work that my colleagues and I do every day. The mission of the fictional Marine Life Institute in the movie is exactly what World Animal Protection is doing in partnership with Marine Mammals of Maine – rescuing, rehabilitating, and releasing sick and injured marine wildlife, particularly seals.

The sea lions in the film made me laugh, as I remembered the Steller sea lions I met in Alaska last year, who also loved hauling out on “their” rocks. I was visiting Alaska on a rescue mission to free sea lions of plastic entanglements, similar to Dory’s predicament when she swam into a plastic beverage holder.  For the sea lions in Alaska, our mission was to rescue and immediately release them, but fortunately, the outcome was the same – alleviating the horrible entanglements that can cause infection or starvation and then letting the animals go right on with their wild lives in their natural habitat.

The threat of plastic entanglement for marine animals – including blue tang fish like Dory – is very real. Plastic is light and easily gets picked up by an ocean breeze at the beach.  Chasing it down and disposing of it properly might not seem that meaningful. But to an animal that becomes trapped in that material, it is the difference between a lifetime enduring a painful infection, injury, or limited capacity to feed.

One part of the film I particularly appreciated was that it gives the viewer the marine animal’s perspective, particularly in those memorable “Kid Zone” scenes at the Marine Life Institute. The viewer sees the terror of Dory and Hank, the octopus, as hands reach into the touch tank to poke and grab and handle.  Interaction with wild animals, while exciting to people, is definitely not natural for the creatures that we are so determined to “experience” up close.   And I know this from firsthand experience – Marine Mammals of Maine has seen a spike in injured and abandoned seal pups since the rise of selfies. Tourists eager for a photo can wind up scaring away a baby seal’s mother, who often leaves her pup on a beach to rest while she forages for food. But if she returns to find a human crowd gathered around her pup, a mother seal will be frightened and leave. The sad consequence – long after tourists and their cameras go home — is that the seal pup is forced to fend for itself at an age when it is incapable of doing so.

How We Are Helping Real Life Marine Animals

At World Animal Protection, we strive every day to make oceans safer for marine animals like Dory, Marlon, Hank, and Nemo. Through our Sea Change campaign, we’re working to reduce the volume of lost fishing gear, known as ghost gear; remove it from the world’s oceans; and rescue entangled animals. Through our Wildlife. Not Entertainers campaign, we’re showing tourists that wild animals belong in the wild, not in captivity for tourist entertainment. It’s also important to remember that exotic animals like the clownfish (Marlon and Nemo) and blue tangs (Dory) we see in Finding Dory should not be kept as pets, since doing so causes serious harm to the wild populations of these beautiful fish.

It’s been reported that Disney pushed back the release of Finding Dory to rewrite the movie’s script, after the release of Blackfish and increased public awareness of the suffering marine animals like orcas experience in captive performance venues.  I applaud them for doing so. The finished film shows that while rescuing and rehabilitating animals can provide temporary and necessary medical help, marine animals are most at home in the wild.

This post was previously published by World Animal Protection.