How U.S. Citizens Are Stepping Up and Helping to Shut Down the Illegal Wildlife Trade 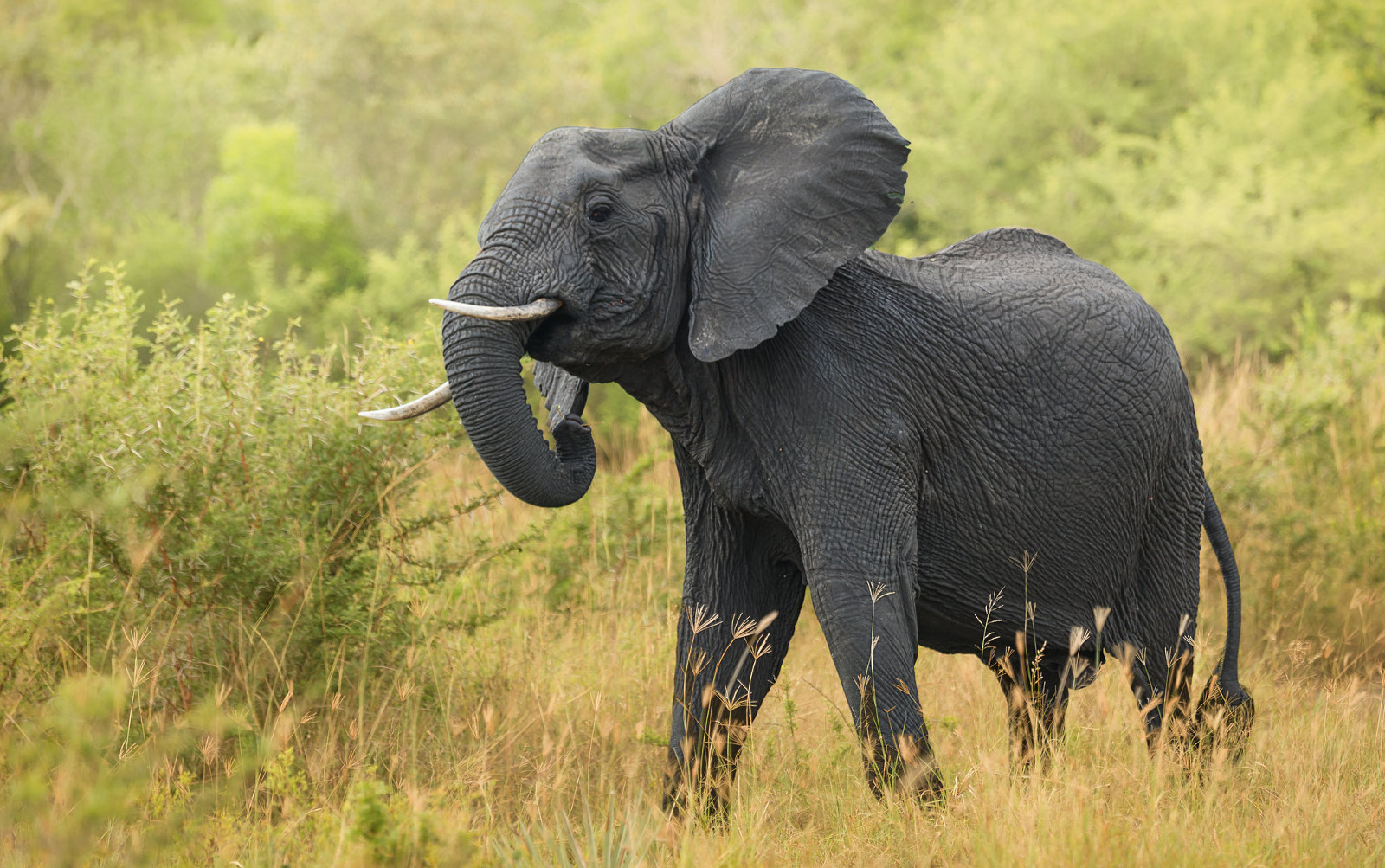 The trade in ivory that kills thousands of elephants was stopped years ago, right? Wrong. Illegal ivory trade around the world continues to flourish, threatening elephant populations and even the lives of the rangers who are paid to protect them.  An estimated 35, 000 to 50,000 African elephants are poached each year, with prices for ivory reaching up to $2,000 per kilogram.

We saw photos in April of the world’s last male northern white rhino, under 24-hour guard in Kenya and with his horn removed to discourage poaching. White rhinos have been hunted to extinction for their horns, believed falsely by some to hold powerful healing powers and medicinal value.

African elephants, while not critically endangered, are still under great threat from poaching, illegal trade, and land use changes. The IUCN Red List lists African Elephants as “vulnerable,” along with the “endangered” Asian elephant, although some conservationists estimate that with the current rate of poaching, the African elephant may go extinct within the next two decades.

In 2011, thought to be the peak of illegal ivory trade, a massive bust of illegal ivory trade captured 23 tonnes of ivory – to get this much ivory approximately 2,500 elephants would have been killed, says WWF.  The report, Out of Africa: Mapping the Global Trade in Illicit Elephant Ivory, showed that between 2009 and 2014 authorities seized 170 tons of illegal ivory. As these seizures are estimated to represent only 10 percent of the market, this represents over 220,000 elephants killed in that period. Those numbers are way too high, especially since the agreement to stop the trade in endangered animals was agreed by 80 countries in Washington, D.C. way back in 1973.

Those numbers are way too high, especially since the agreement to stop the trade in endangered animals was agreed by 80 countries in Washington, D.C. way back in 1973. The United Nations Convention on the International Trade of Endangered Species (CITES) seeks to halt the illegal trade in wildlife, through agreements between governments stop endangered species trade.

However, poaching and illegal game trade is big business. While it is often poverty that drives locals that poach and kill endangered animals like elephants and rhinoceroses, the big profits are spread in an almost untraceable net through crime syndicates, corrupt officials, and traders. Citizens in countries consuming products from the illegal trade in wildlife also have played a part in what is being titled as the sixth great extinction period – the Anthropcene. This is where citizens in the U.S. are taking a stand.

Citizens Step Up for the Victims of the Illegal Wildlife Trade

As reported by National Geographic, thanks largely to citizen action, 25 States across the U.S. have considered or are in the process of considering restricting the sale of ivory and rhino horn within their State borders. New Jersey and New York have already passed bills to restrict the trade.

Ten other states have bills that have been proposed to their respective legislatures – Arkansas, California, Connecticut, Florida, Illinois, Massachusetts, Nevada, Oregon, Rhode Island, and Vermont – while another seven states are looking into it.

What is so exceptional about this new legislation is the fact that citizens have been the driving motivators for change. For example, the proposed legislation in Vermont was largely driven by the grassroots campaign efforts of Ashley McAvey, a local activist and mother of two in Shelburne. While the issue of African elephant endangerment might not be a priority for a U.S. state legislature, when citizens rally and bring their attention to the issue, demanding action, this issue suddenly becomes one that they must address. When we consider that the U.S. is the second largest market for illegal ivory in the world, suddenly the pertinence of the issue comes to light.

Vermont Representative Kurt Wright, who introduced the ivory ban legislation in his state explained to National Geographic, “Ashley showed me what’s been happening to elephants, how bad it is, and how much this is needed. She made me passionate about the issue.”

It is up to us as concerned citizens to continue to raise awareness for the illegal wildlife trade and how it impacts the world’s animals – no matter how far away it may seem from home. Starting with ivory and rhino horn, we can hope to see further improvement for other species who are also victims of this ruthless trade.

Why Further Legislation is Needed and How You Can Help

Loopholes in federal legislation, such as allowing the trade of antique ivory, have allowed the trade in illegal and poached ivory and rhino horn to continue despite the U.S.’s participation in CITES. Several court cases have shown that African elephant ivory is being “aged” and reports falsified to smuggle it illegally into the country. Nonprofit organizations, such as Born Free USA, advocate abolishing ivory and rhino horn trade across the U.S. In February 2014 a National Strategy for Combating Wildlife Trafficking was announced, in addition to a ban on the commercial trade of elephant ivory.

So what can you do to join this groundswell of activism? Write letters and lobby your local congressmen and public officials for legislation banning ivory trade in your State. Take a pledge not to buy or sell illegal wildlife products and to support a ban on illegal ivory and rhino horn trade through websites such as 96elephants. You can even use apps such as Wildlife Witness to report trade in wildlife to TRAFFIC, the wildlife trade monitoring network, from anywhere in the world from your phone. Get out there, gather support from your network, and help shut down the illegal wildlife trade!