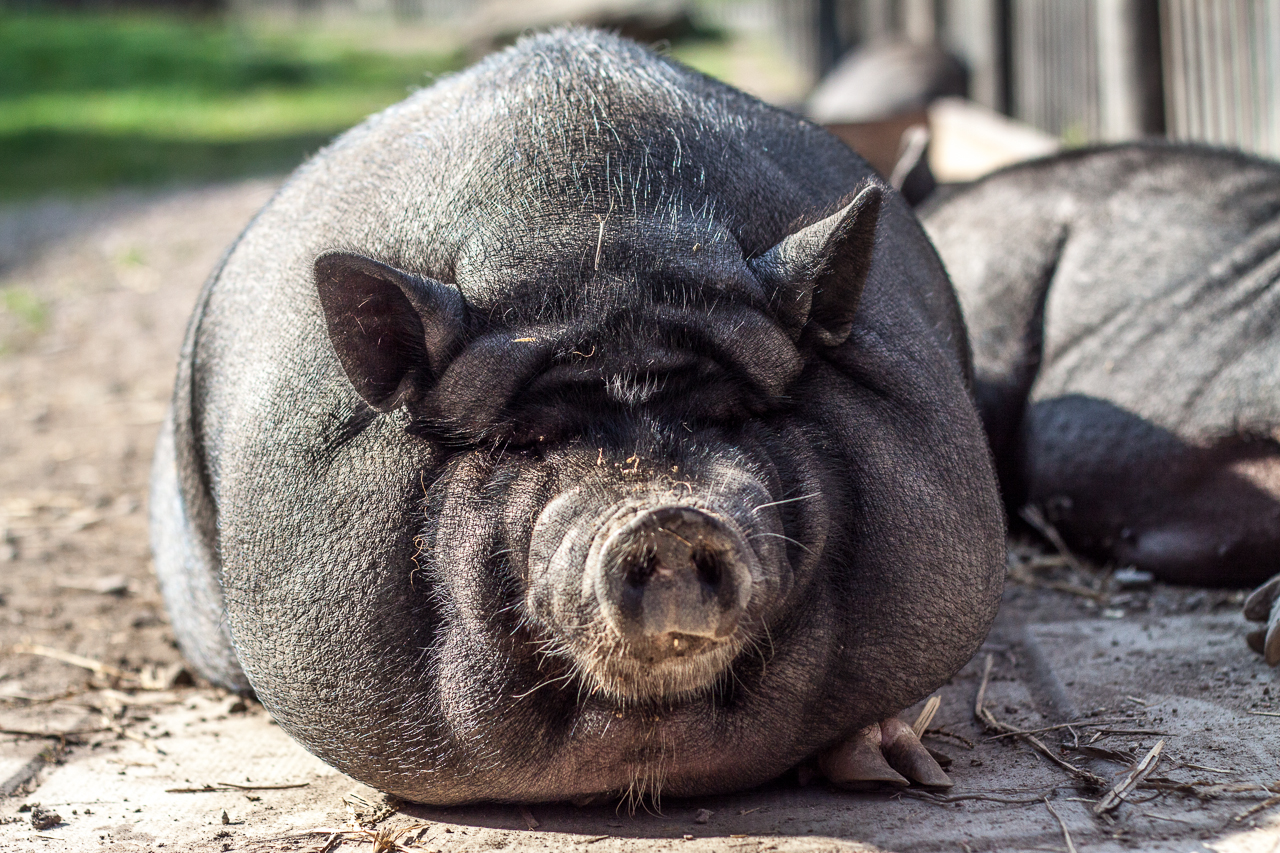 When you think of adjectives for the word “fat,” the word “pig” will eventually pop up. Because domestic pigs are known for being fat. Take a look at our typical domestic pig and compare it to its wild counterpart. While farmed pigs are portly, related species like the wild boar, bushpig and warthog are muscular and trim, completely unlike the pigs we’re so familiar with in America.

There is a simple reason for these differences: Our pigs have been systematically bred and modified to be fat. The average pig within a factory farm weighs 215.5 pounds. When the demand for ham jumped this holiday season, people started to realize that the price of ham had gone up this year. What do market experts attribute this jump in price to? The fact that pigs are getting too fat!

Looking at the way the animal agriculture industry has altered pigs … we can’t say we’re surprised.

There are a few reasons why pigs this year have been dubbed “too fat.” One of the reasons the pigs are getting fed more is because factory farms need to make up their losses after a deadly virus entered the scene in April 2013.

For those who consume pork, you may remember the panic that occurred when porcine epidemic diarrhea virus (PEDv) devastated the pork industry earlier this year. Not only was there a shortage of bacon (we know, HOW awful), but prices of pig products jumped up. With a 100 percent mortality rate in certain cases, farmers across the country have lost more than 7 million piglets. So far, PEDv has affected more than 4,700 farms in 30 states.

Because of this virus — which has yet to find a cure — farmers overfed their pigs in order to make up the losses. This tactic only adds additional problems to farmers’ already-existing issues. The additional weight has made these pigs too fat for the holiday ham season. The spiral hams that you usually see on the table during Christmas are now too big for the average consumer and thus cost more.

PEDv isn’t the only reason why our pigs are so big. Genetics used within the past 50 years have not only increased the number of pigs raised, but the size of them as well. In the same amount of time, sows (female pigs) have doubled the number of piglets they birth, going from 14 to 28.

Farms are producing more pigs, with about 110 million slaughtered per year, in addition to larger pigs. But for farms, more is not necessarily better. They are also concerned about the quality of the pigs … and not quality in the sense that you would hope, but more like quality as in the ones they know they can make a profit off of.

The ones the exhibit favorable qualities, such as ability to reach growth weight in a short period of time, are bred over and over or taken to slaughter after a few short months. Sick or injured animals — called “downers” get far worse treatment. These pigs are regarded as commodities, and “damaged” products cannot be sold.

… Or, they can be sold based on appearance alone, not considering illness, and then pose a risk to consumers. In fact, 80 percent of pigs have pneumonia upon slaughter. This is a result of judging pigs on how they look instead of really investigating their physical state. 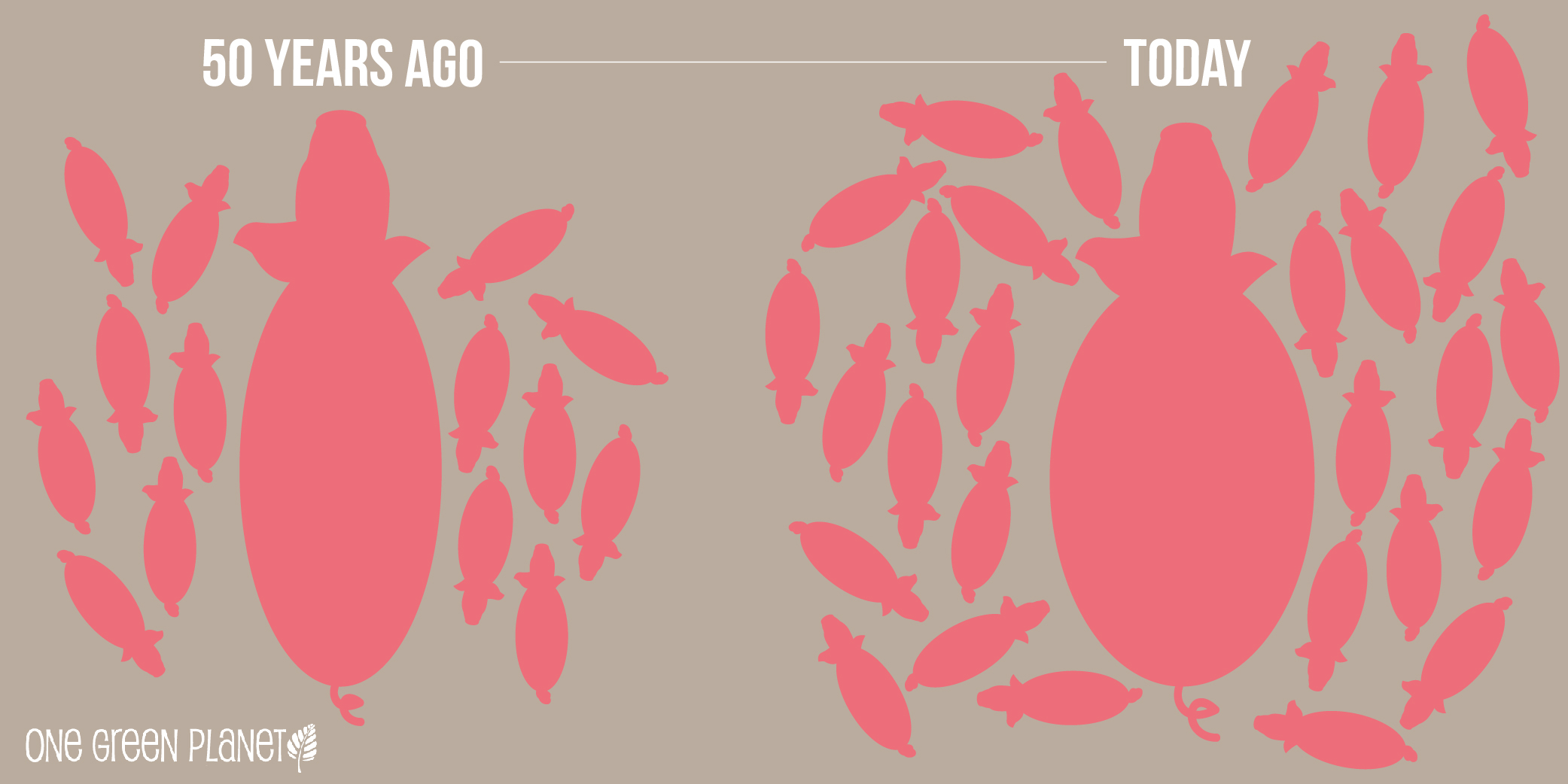 This is a huge change compared to farming in the past. In the 1960s, a shift was made where pigs became industrialized. This is where genetic engineering and manipulating comes into play. Before this time, pigs were not confined to the indoors, while 90 percent of pigs were confined by the 1970s.

Animals are also given antibiotics in order to fatten them up, a technique that was not used 70 years ago. This process was done in order to improve efficiency and by 1980, it was a normal practice. In fact, in 2009, around 80 percent of the antibiotics sold in the United States went to livestock.

Another reason comes down to simply common sense. Think about when you gain weight. It’s because you are eating too much and not burning off the calories needed to maintain weight. Sedentary people gain weight because they’re not active and the same goes with animals.

When pigs are farmed for food, that’s how they are viewed by the farmers. Instead of being thought of as sentient creatures that are as intelligent as dogs, they are viewed as a product, with no thought going into their living conditions.

As a result, they lead very sedentary lives. The crates that house them are so small and confining that they have no way to get proper exercise. Even worse are the gestation crates, where sows are placed to constantly breed. These crates are so confining that the sow will spend her entire life not even being able to turn around. She will never be able to look at her own tail. Not only is there no room to move, but their waste piles up underneath them. And, remember how we’re talking about pigs getting fatter? The average breeding sow weighs 600 to 900 pounds, a huge leap in comparison to the 215.5-pound pig used for pork that we mentioned earlier. 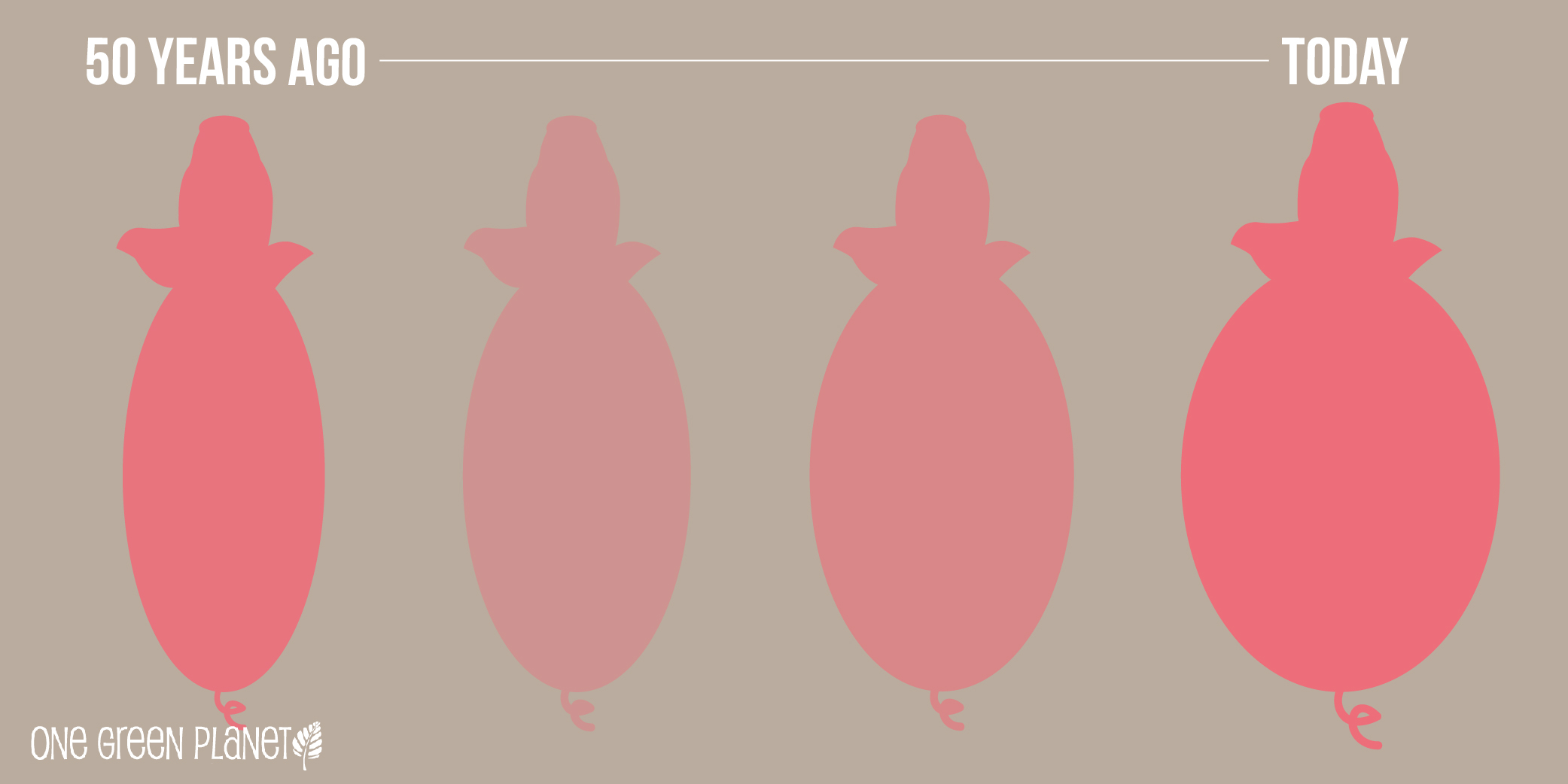 It goes without saying that the animal agriculture industry is solely interested in the potential monetary value of the animals they raise. While they might make minor improvements in their welfare policies, such as doing away with gestation crates, this industry is still a business and animal suffering is inevitable.

The good news is, you have the power to choose whether or not you want to participate in the way pigs are treated. You can help pigs by cutting down meat from your diet, or even cutting it out completely. A vegetarian lifestyle saves more than 404 animals each year. You can also pass along this information to others and hopefully cause a bigger change in how we consume animal products.