How Bulls Continue to be Abused in the Name of Tradition 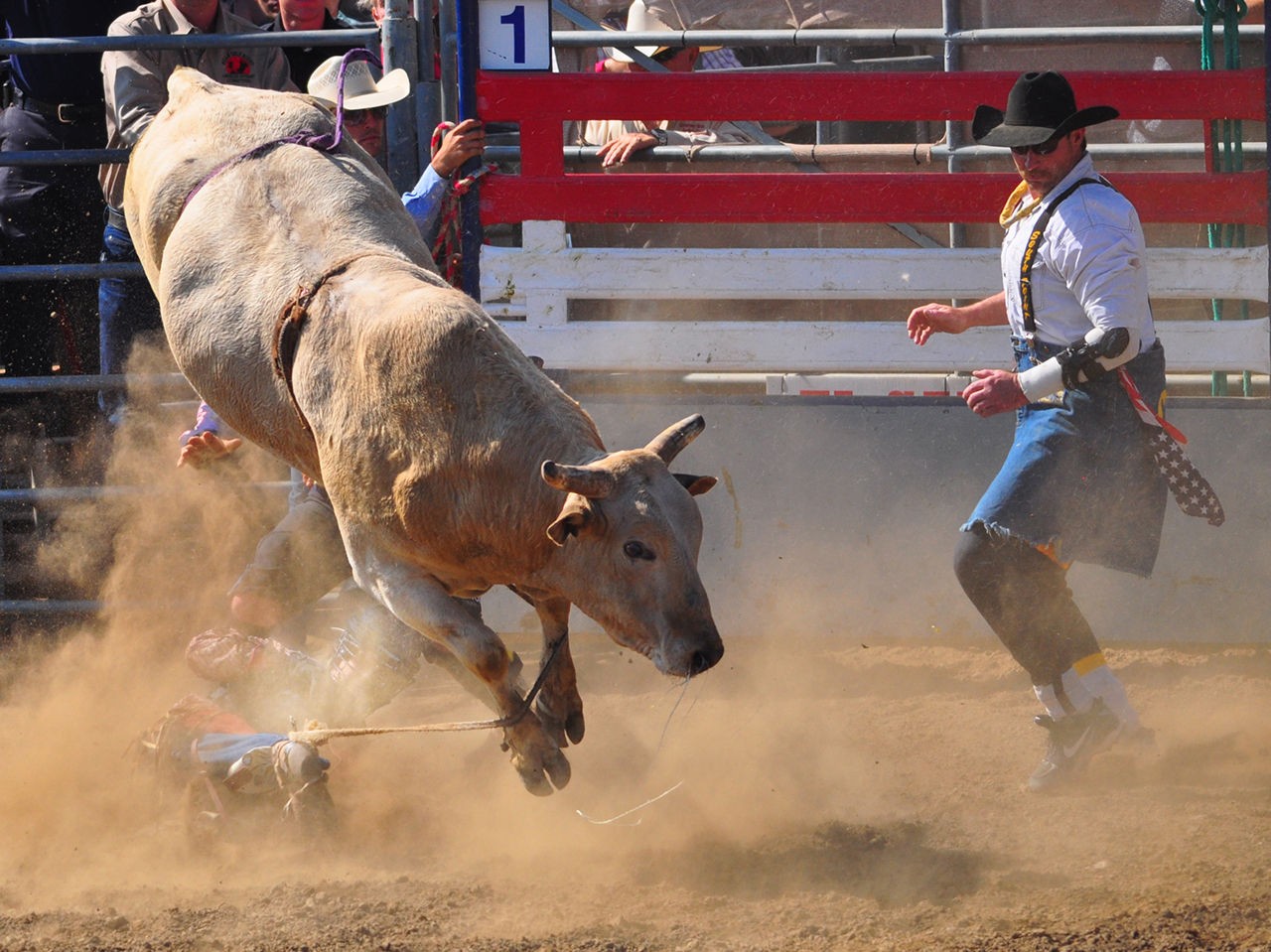 Despite being a gentle giant, and an animal which poses absolutely no threat to humans, bulls have been the centerpiece for many outdated and completely unethical activities for hundreds of years.

Here are just a handful of ways in which these awe inspiring creatures are being mistreated:

Rodeos are considered to be a spectators sport by its organizers and competitors, but to an independent onlooker, it doesn’t much resemble a sport. It originated as an event to showcase traditional ranch work, but today’s grand showcases are a far cry from this as animal injuries are common place and cruelty is only too clear to see.

Calf roping involves contestants riding on horseback roping calves, dismounting their horses, throwing the calves to the ground, and then tying three of its legs together in a race against time. Calves are often injured during the process and are terrified by the whole ordeal. Broken bones, torn ligaments, and internal hemorrhages are all regular occurrences.

Bull riding is another cruel event that happens at the rodeo, as bulls are aggravated and shocked just prior to leaving the bucking chute. Cattle prods, spurs, and bucking straps are all used to ensure that the bulls buck wildly and put on a real show for the crowd.

While some states have taken measures to prevent these activities from taking place, the federal Animal Welfare Act does not offer any legal protection for the animals as they are “livestock.”

Spain is renowned for its inhumane treatment of bulls and complete disregard for their lives, and this unbelievably cruel festival is perhaps the most sickening of all. Each year in a small town in central Spain, a bull is subjected to what can only be described as torture, in the name of entertainment and tradition.

The town square is transformed into a makeshift bull ring with barriers to protect the 1,500 spectators and five bonfires are lit in the ring. With a wooden and metal frame attached to his horns, 30 men then drag the bull into the arena and tie him to a post in the middle where he awaits his fate, utterly terrified and defenseless. Then, his horns are covered in burning hot tar and turpentine, and the bull is released once alight.

The crowd watch on while the bull runs around the ring in complete agony, fear, distress, and panic. Flaming hot shards fall onto his face as he bucks around, and men jump in and out of the ring to torment him further. After 40 minutes of this torture, once the flaming headpiece has died down, the burnt, exhausted, and totally distraught bull is led off to be slaughtered.

This barbaric event is allowed to continue year after year as local authorities claim that its an important part of the local tradition and a part of local heritage, with many spectators claiming that the bull doesn’t suffer at all.

Running Of The Bulls

The most famous Running Of The Bulls event in the world is held in Pamplona in Spain, although other events are known to occur in France,  Portugal, and Mexico. The event involves the release of a set of bulls into a line of streets which is full of participants trying to flee from them. The aim is for the contestants to reach the bullring at the end of the race before the bulls, and to avoid being gored by the giant animals along the way.

The bulls are subjected to an intense and terrifying ordeal in which they are provoked by any means necessary to begin stampeding down the course laid out for them, with no option but to charge down anyone who gets in the way. Once they reach the bullring at the end of the course, they are captured and contained ready for the bullfight which begins later that day.

This is a historic event which the Spaniards protect under the same laws as the Burning Bull Festival, but which inflicts an unbelievable amount of distress and pain on the animals.

Bullfighting is another “sport” which has strong roots in Spain, but which is by no means exclusive to the country. It’s an age old event which is supposed to showcase the fight of man against beast, but in reality, it just highlights mans inhumanity towards others and an unfortunate side effect of masculine brovadary.

The torture and torment begins at least two days before the fight for the bulls as they are systematically weakened and mentally destroyed so that there is absolutely no chance of the bull winning. They are starved, beaten, have Vaseline put in their eyes, cotton stuffed up their nose to hamper respiration, and are even drugged to cause further disorientation and discomfort. After being locked in a small dark box for two days, they are then released into the ring where they suffer an incredibly unfair fate at the hands of the picadors and matadors.

Having been thrust into the ring, they are met by the picadors on horseback who stick 8-inch blades into the bulls necks to injure them, whilst at the same time tire them out around the ring. Once they have done their job, the matadors take over, and stab long sharp harpoons at the bulls, and once the bull is sufficiently weakened and incapacitated by all of this, the chief matador goes in for the kill, by driving a sword into the bulls heart.

The events described above are like something from a sick and twisted horror movie and have no place in modern society, yet once again due to the premise that it’s a valued tradition, it is protected and allowed to continue, with countless more poor defenseless bulls being led to a bloody death each year. A Gallup poll in 2006 showed that only 7 percent of the Spanish population were supporters of bullfighting, with 82 percent claimed to have no interest in it at all, yet still no action has been taken to ban it, highlighting the need for animal rights groups to continue reaching out to the public to get involved.

Bulls suffer at the hands of humans for many different reasons, not just for entertainment purposes. The live export trade is another example of where human interests are put before animal welfare, and the lives of these magnificent creatures are reduced to confinement, suffering, pain, misery, and eventually death.

As if the trade of animals for human consumption was not already bad enough for the animals involved, the live export system which operates all over the world subjects these creatures to conditions which should never be allowed. A recent investigation by Animals Australia discovered atrocious treatment of bulls being transported to Mauritius, as the legislation in place to protect these animals is being ignored. After arriving in certified feedlots, the bulls are then taken off site and their treatment is no longer being monitored.

Undercover footage showed bulls being tied by their feet and heads, malnourished, tied up and left outside overnight, and in one instance, left to bleed to death while tied to a wall after its horn had broken off. Just one of the problems with live exportation of bulls is that once they have left their country of origin, it’s very difficult for anyone to assess their level of treatment and conditioning, leading to widespread abuse. It is the responsibility of the export country to ensure that they are not sending animals to a place where they are going to be abused and mistreated, and this simply doesn’t happen.

Whether its at the hands of blood thirsty matadors in the bullring or cowboys at the rodeo, bulls are all too often the victims of animal cruelty.

Bulls are gentle and loving creatures which do not deserve to be subjected to this type of treatment. If you agree, here are just a few ways you can help: