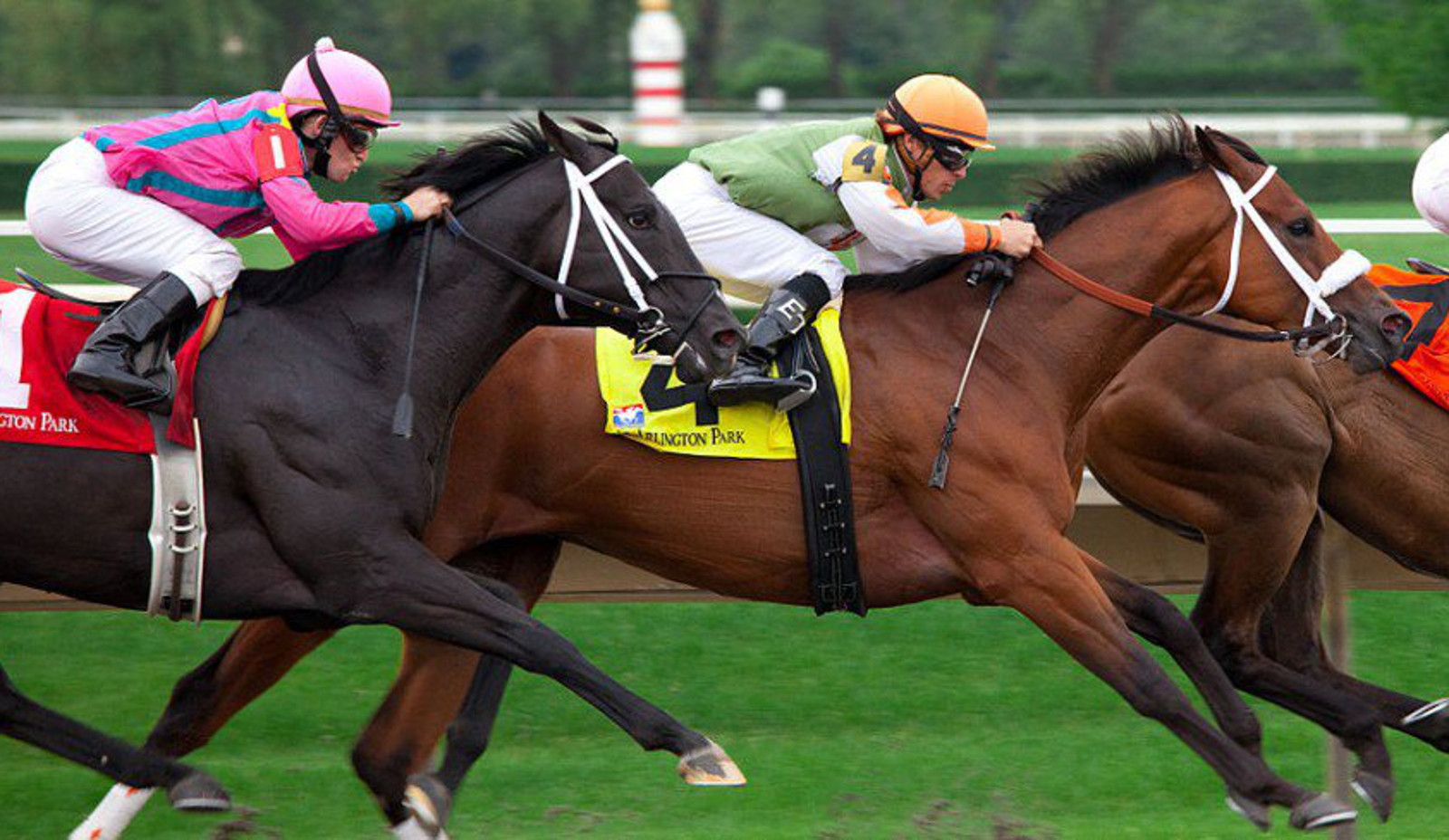 Have you noticed that whenever horse racing enthusiasts discuss the sport they’ll almost certainly refer to the monetary value and dollar-worth of the competing animals? That’s because horse racing isn’t really a sport, and it most definitely isn’t a practice undertaken by animal lovers who want to partake in a mutually benefiting activity with their beloved steed. Horse racing is a money-making and exploitative industry where horses are bred, drugged, whipped, broken, and discarded, as though they were mere vehicles.

Because millions are at stake, horses are treated like commodities from which to extract the highest earnings. They are brutally trained to comply with being ridden and raced, given an aggressive regimen of drugs to keep them running despite injuries, painful muscles and lungs. One investigator compiled a detailed report of the toxic cocktail of doping medicine racehorses are routinely administered, which include thyroid medication to speed up metabolism, diuretics to make horses lose weight and prevent pulmonary bleeding, and liquid nitrogen to stimulate blood flow in horses’ aching legs, among other potent pharmaceuticals.

An estimated 24 horses die each week at racetracks in the United States alone, due to being over-trained, forced to run when injured, drugged up to mask debilitating pain and raced until their bones, lungs or heart give out. That’s over 1,200 animals per year losing their lives in the U.S. alone because people derived enjoyment from watching them run around a track. This figure does not even include the large number of racehorse deaths that go unreported, because they didn’t occur on the tracks, but as a result of injuries sustained during the race or during training. It also does not take into account the thousands sent to slaughter because they did not show promise during training or because their performance has waned. 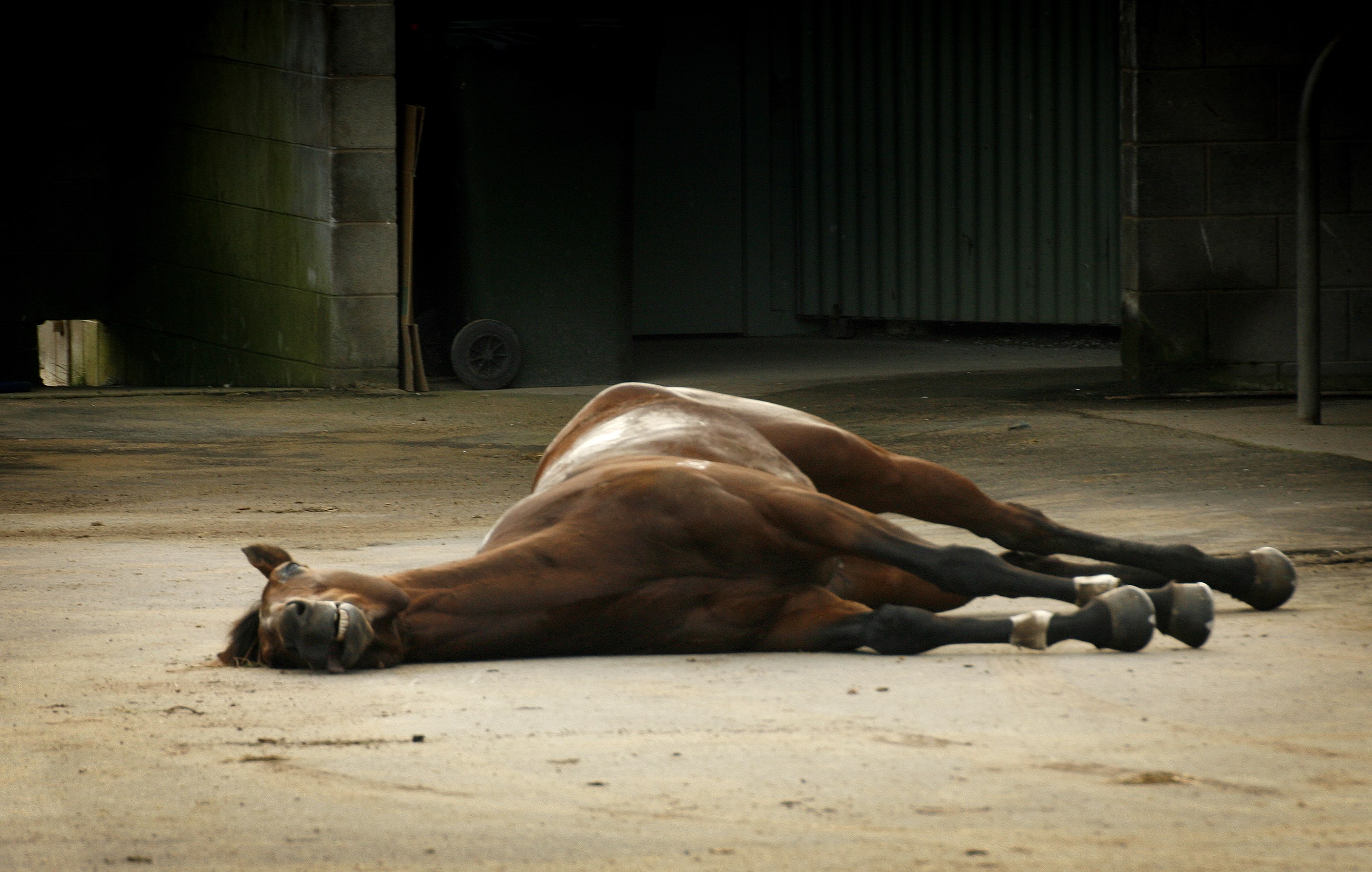 As the British horse racing Authority puts it: “we ask horses to do what they are bred for, which is to race.” For the industry, racehorses are there for one purpose, and that is to make money for their owners. When their earnings fade, they are sent to the slaughterhouse, where their flesh is turned into dog food or glue. Some are even bought by laboratories to be experimented on.

The rare horses who escape slaughter die premature deaths, their bodies weakened by years of brutal training, drugs, and stress. One example is the aptly named horse Comply or Die, who died aged 17 earlier this month. Though he did comply and won the annual British Grand National race in 2008, it didn’t stop him from dying a premature death. The normal life expectancy of a horse is 25 to 30 years, with some reportedly living into their 40s.

Following are just some victims of horse racing who died in the last month alone. Because they occurred during major televised races, these deaths made media reports, but these recent fatalities are just those in the public eye. Countless more horses will have suffered and died in the racing industry this month. 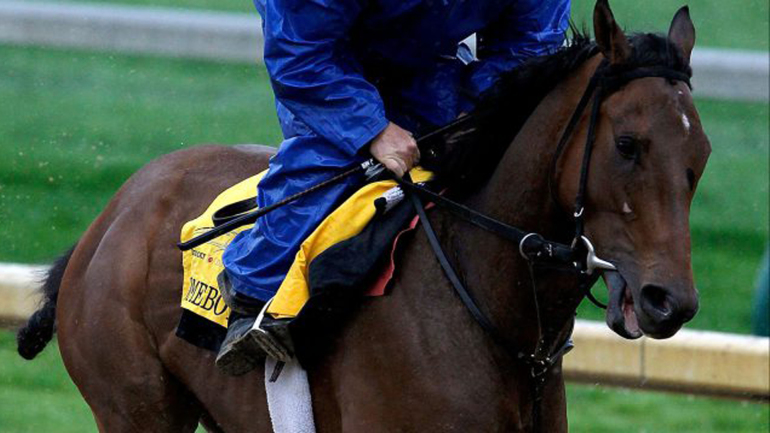 Homeboykris, a nine-year-old gelding died moments after winning the very first race of the Preakness Stakes racing event held at Pimlico, near Baltimore. After having his picture taken in the winner’s circle, the horse collapsed and died on his way back to the stables, with veterinarians at the scene reporting that Homeboykris suffered a cardiovascular collapse.

He wasn’t the only horse to die at the Preakness that day. Pramedya, a four-year-old filly fractured her front leg and was euthanized on the track. The jockey riding her was thrown and broke his collarbone. 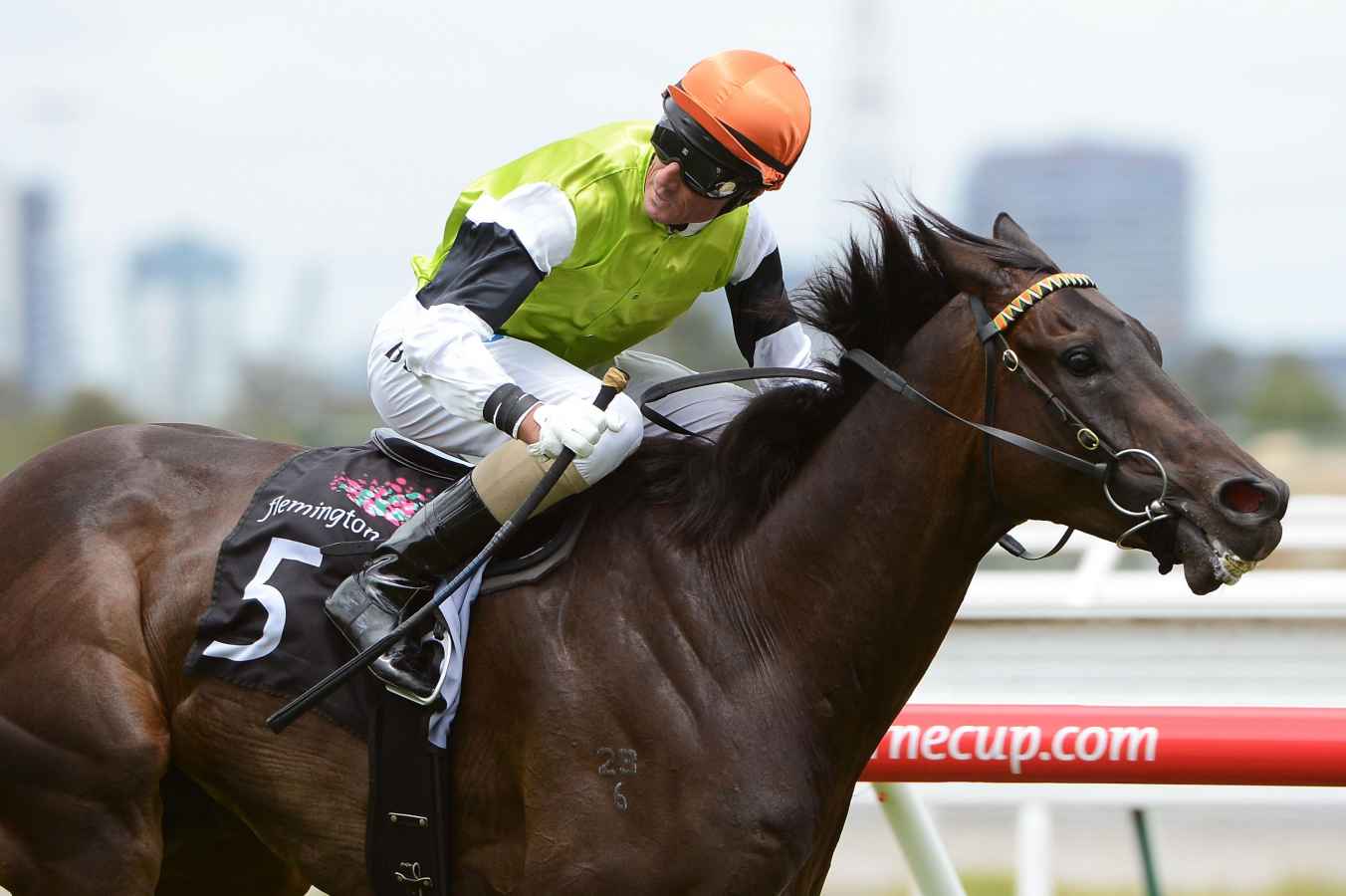 A jumps racing event in Warrnambool, in the state of Victoria, Australia, saw two horses killed in two days. The first, nine-year-old Tuscan Fire severely injured his leg, while seven-year old Cliff’s Dream fractured his knee. Both had to be euthanized. Just six days prior, a horse named Fieldmaster had broken his leg at a jumps race in Melbourne. Track officials hurried to raise a green tarp to hide the injury from spectators, behind which the horse was put down. His lifeless body was then towed away by a tractor. 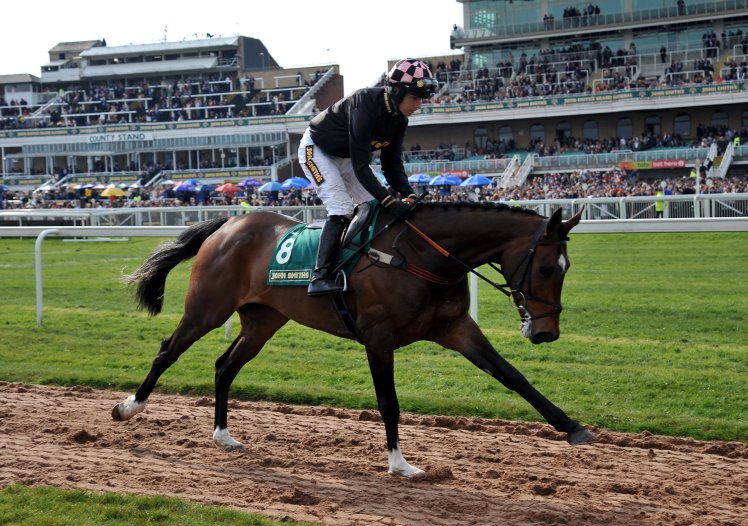 Gullinbursti was just one of the six horses who died at this year’s three-day Grand National race held in Aintree, near Liverpool in the UK, making it the deadliest Grand National in five years, according to non-profit Animal Aid’s Horse Death Watch. Gullinbursti somersaulted mid-race and landed on his neck. Another horse also suffered fatal injuries at the same particularly difficult jump: Minella Reception was taken back to the stables and euthanized out of the public’s sight. Two other horses had died on the event’s first day, and two more died a few days later from injuries they sustained during the event. 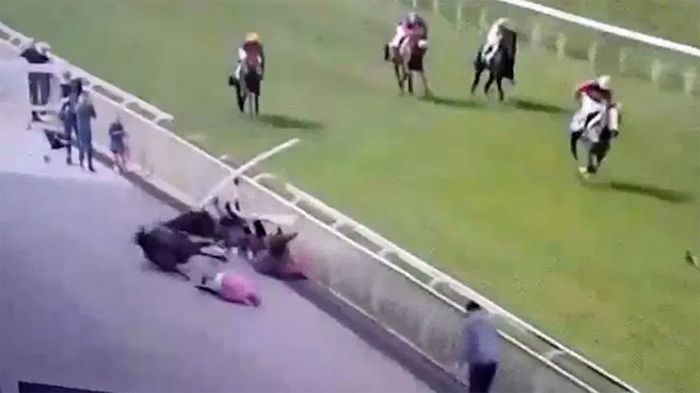 A horse who was leading a race in Nantes, France, was suddenly frightened and seemingly attempted to escape the racecourse by trying to jump over the barrier. He crashed into the rails and was put down after suffering a brain hemorrhage. Five spectators were also harmed in the incident, as well as the horse’s jockey.

Indeed, victims of racing include people too. In just the last month, the jockey who won the Melbourne Cup, Australia’s national racing event, had to undergo extensive pancreatic surgery after a bad fall during the race. Another jockey died in New Jersey after being thrown from her horse. Countless other jockeys, staff and spectators have been severely and even fatally injured during races, making it clear that horse racing is dangerous for all participants, human, and equine.

As long as people continue to watch and bet on horse races, this bloody activity will carry on and the industry will abuse and kill thousands of innocent animals who did not choose to participate in the events. As a spokesperson for Animal Aid rightly states, horse racing’s “pomp and glory disguises an inherent dark side to what is a ruthless business which exploits horses to the full,” but thankfully, the tide is turning against racing. More and more people are choosing to boycott and speak up against these cruel events.

The best thing to do for racehorses is never to attend or bet on a race. You can also lobby against the construction of new tracks and support legislation seeking to improve racehorses’ lives by instating and enforcing stricter racing regulations. If you are a U.S. resident, please contact your representative and ask them to support the horse racing Integrity and Safety Act, which would severely punish drug use in horse races. Finally, you can also help by spreading the word about the cruelty, suffering and death inherent to horse racing .