Help Free Ganga, a Young Elephant Who is Being Kept as a Money Making Prop in Sri Lanka

As cases of abuse, illegal capture, and fraudulent permits have come to light in the battle against wildlife crime in Sri Lanka, dozens of elephants have been moved into Protective Custody.  Even as the future for these recovered elephants remains in jeopardy, they are, at the very least, currently living amongst other elephants, a critical need for these deeply social and familial animals.

Ganga when she was being held at Gangaramaya Temple

But not Ganga. Stolen from the wild as a baby, confined alone and tightly chained for much of her young life, she remains a pawn in a cruel game that sees her not as an illegally captured wild elephant, but as money-making Permit #198.

In February 2016, a Court Order directing Ganga to be taken into immediate Protective Custody was set forth in Colombo. In the months that followed, however, the order was repeatedly ignored and international outcry for the decree to be upheld went unheeded.  Legal Counsel from Sri Lanka’s Centre for EcoCultural Studies (CES) continued to intervene in court on Ganga’s behalf as the depth of governmental corruption continued to be revealed. 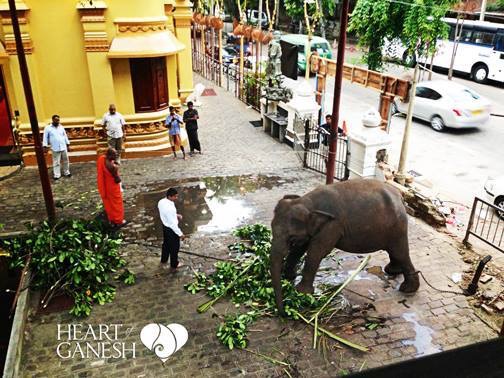 Ganga when she was being held at Gangaramaya Temple

In a case filled with more ups, downs, and turnarounds than anyone could have imagined, the unthinkable happened on November 1st when Hulftsdorp

Magistrate Court No.1 reversed the Court Order set into place nine months earlier. Adding fuel to the fire, this shocking action occurred with consent from the Attorney General’s Department, essentially abandoning Ganga into the hands of her illegal captors.

In response, CES Legal Counsel immediately began preparing the case for the Supreme Court, and Ganga’s story, once again, spread across social media,uniting people around the world in hopes that an innocent juvenile elephant could one day have a better life.

The politically complex fight for Ganga will most likely not be quickly won in the Supreme Court, as the demand for elephants in cultural and religious events remains high.

And although Ganga is but one of many temple elephants around the world, her story is their story too, and a successful outcome for such a high-profile case multiplies the chances of success for the many others yet to come. 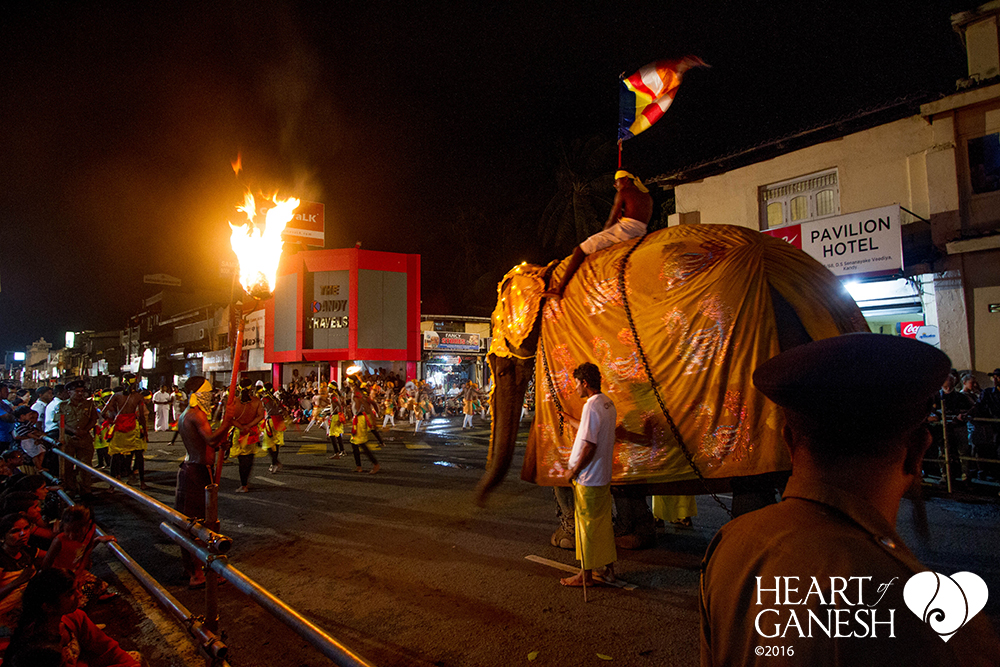 Not one advocate could have imagined the longterm commitment, the numbing heartache, and the ongoing expense that would come with caring  about a little elephant so fiercely that turning away wasn’t an option.

Yet it is that sort of steadfast action, to Let What Moves You Move the World, that will sustain the fight for Ganga, until she is no longer seen as “Fraudulent Permit #198”, but rather a sentient being who deserves far more than she has even been given.

If you can help Legal Counsel with the ongoing court fees for Ganga’s case, please donate through The Centre for EcoCultural Studies.

All images courtesy of Heart of Ganesh