Get to Know the Whales That Japan, Iceland, and Norway Are Slaughtering 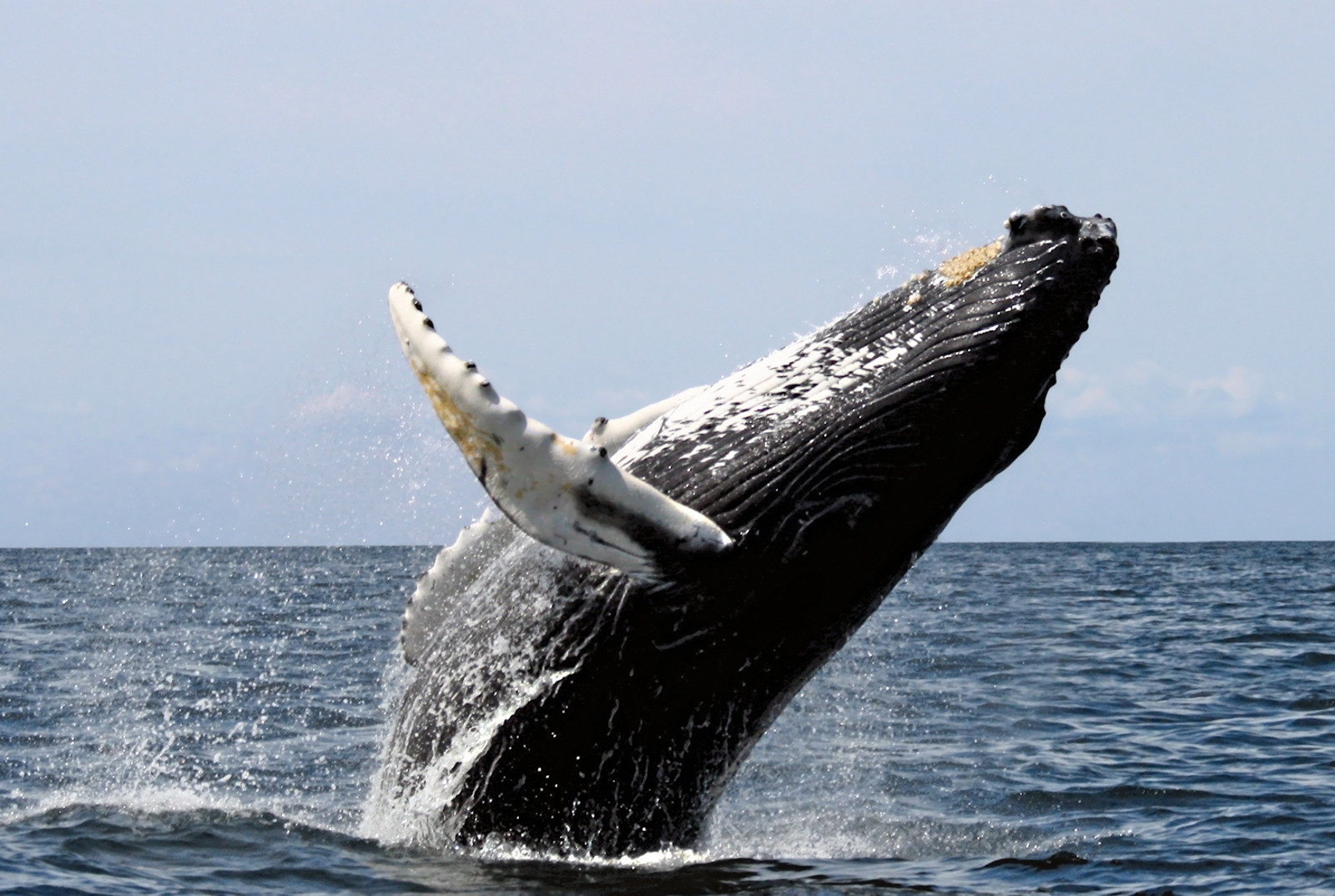 Whales are among the most majestic creatures that inhabit our planet. In centuries past, these animals were seen as an infinite resource and were slaughtered in huge numbers to be exploited for their oil and as a meat source.

Even though commercial whaling was outlawed in 1986 by the International Whaling Commission, the countries of Japan, Iceland, and Norway have been circumventing this ruling by either claiming their killings are in the name of scientific research or just outright refusing to obey the order. Combined, these three countries still kill approximately 2,500 whales per year.

Shot with harpoons loaded with explosives, these animals are killed by being blown up from the inside out. Inaccurate shots occur frequently, creating needless suffering for the animal for periods of up to an hour or more before it finally succumbs to death.

To treat any living thing this way is barbaric and inhumane, but considering what intelligent, social, and sentient creatures whales are just makes it even more reprehensible.

Although many species have been hunted in the past, here are the five types of whale that are currently the hapless targets for this antiquated and unnecessary industry: 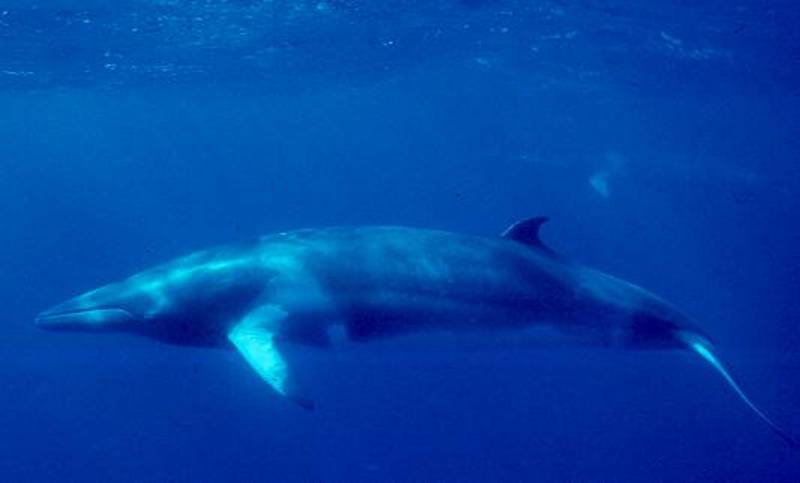 Minke whales are the smallest of the baleen whales, which use their strainer-like mouths to extract the plankton, krill, crustaceans, and small fish that comprise their diet from the seawater.

Typically weighing in at approximately ten tons and reaching lengths of 25 to 30 feet, the minke whale’s relatively small size made commercial whalers deem them not worthwhile to hunt initially but with the subsequent depletion of larger species, minkes are now one of the most sought after whales. There is estimated to be 1 million minkes remaining worldwide. 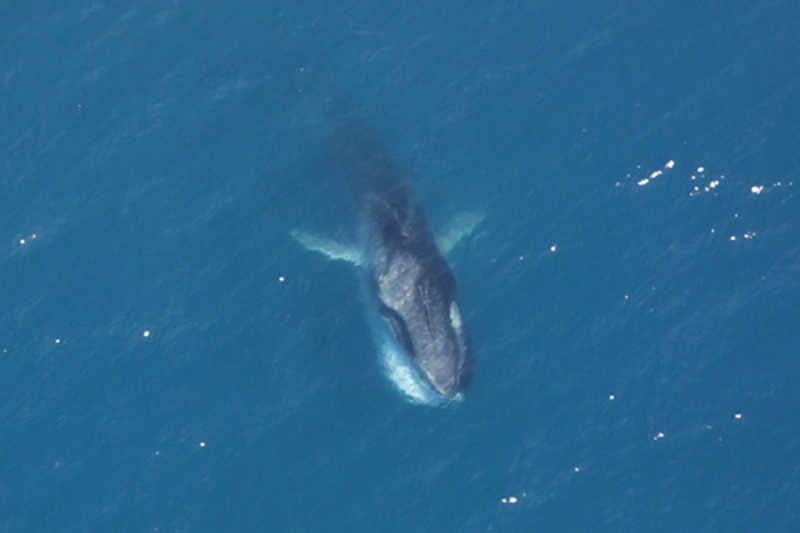 Fin whales are huge (only blue whales are larger) and reach lengths of nearly 90 feet and weigh between 50 and 70 tons. Their long, streamlined bodies make them fast swimmers, and although this ability made them unappealing targets to early whalers, they are no match for modern whaling methods. Approximately 30 thousand fin whales were killed each year from 1935 to 1965. Total numbers worldwide are estimated at between 55 thousand and 60 thousand individuals remaining.

The sei whale and Bryde’s whale are so similar they were once thought to be the same species – their main distinguishing characteristic is the number of ridges running from the tip of their snout to their blowholes (the sei has only one, the Bryde’s has three). Sei whales reach lengths of 45 to 55 feet and weigh between 14 and 17 tons, while Bryde’s whales are slightly smaller at 40 to 50 feet in length and weigh 13 tons.

Like the minke whale now, these two whales first became prime targets for whalers when larger whale species were depleted in the 1950s. Current numbers put the sei whale population at only 20 percent of its original population, while 90 percent of the Bryde’s whale population still remains. 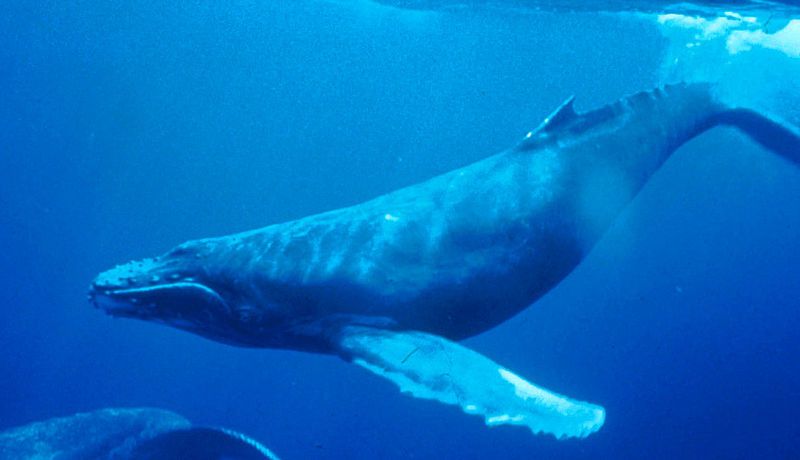 The humpback whale is unlike the other baleen whales – rather than having a long, slim body built for speed, the humpback’s shape is less aerodynamic and much more round. Measuring 40 to 50 feet long and weighing between 25 and 40 tons this slower, stockier body coupled with their habit of swimming in shallow coastal waters made humpbacks a whaler’s dream come true.

Hunted mercilessly up until the 1970s, the humpback population is estimated today at 30 thousand to 40 thousand – only 30 to 35 percent of their original numbers. 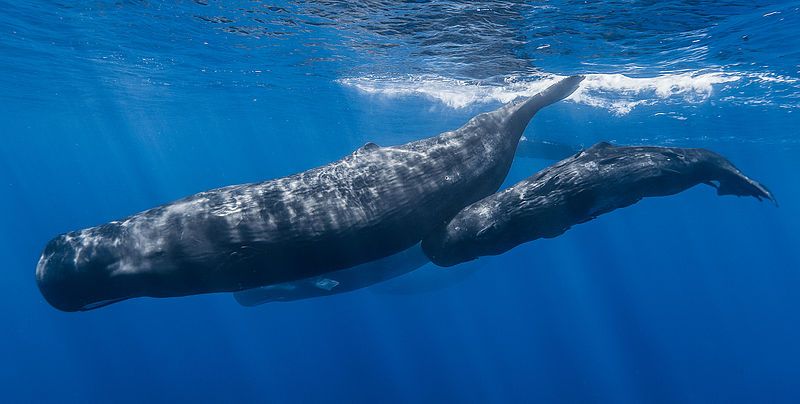 Sperm whales are the largest of the toothed whales. These animals dive to great depths in search of their prey which consists of squid, octopus, and fish. Known for their square, stocky body shape, there is a noticeable size discrepancy between the sexes of this species – males can grow to approximately 50 to 60 feet long and weigh 35 to 45 tons, but females reach only half that size.

Targeted by whalers for a special type of oil found within its head called spermaceti, as recently as 1964, approximately 29,255 whales were killed in that year alone. With a population of 1.1 million at its peak, estimates today put sperm whale numbers at around 360 thousand.