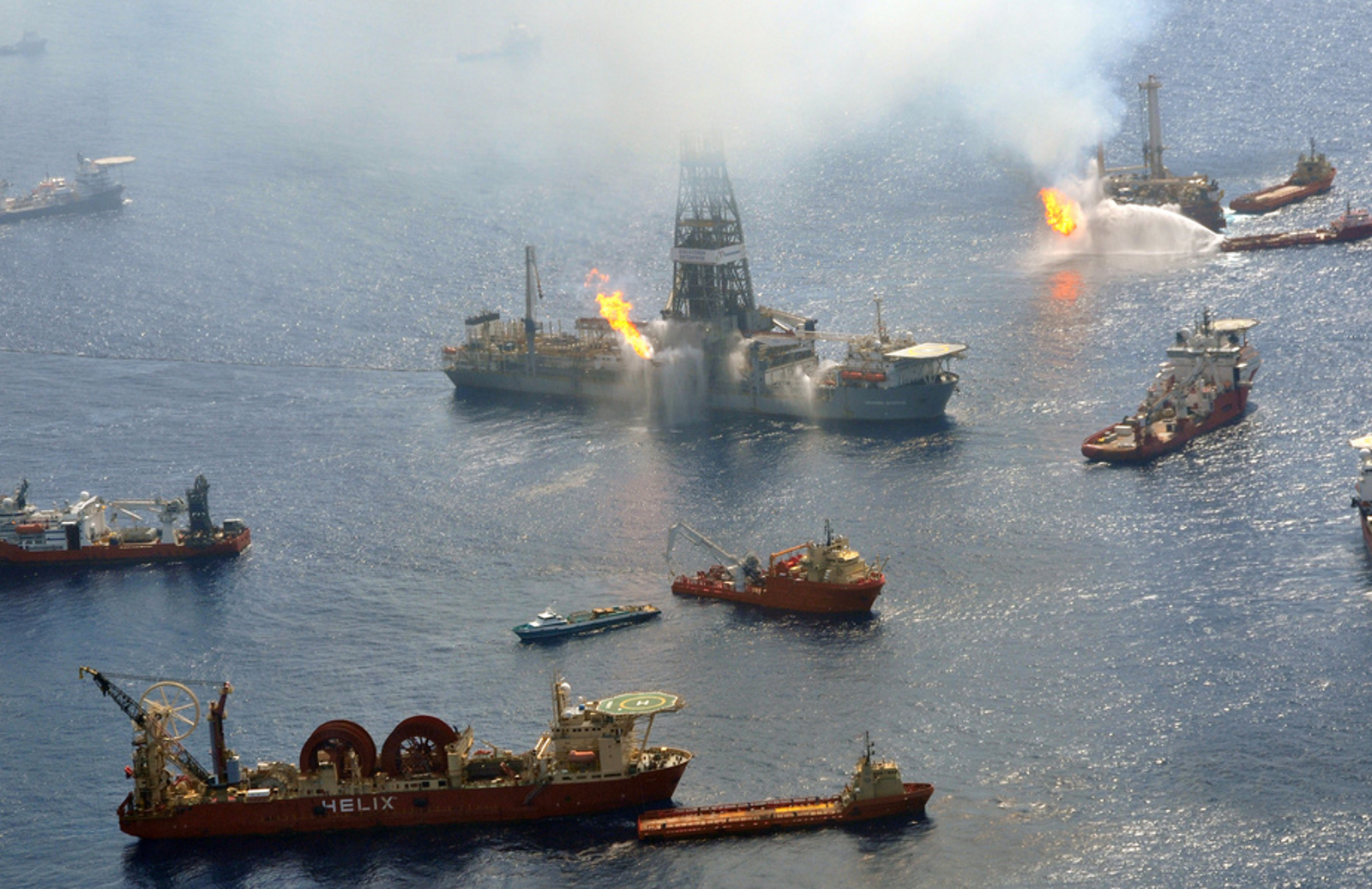 There are so many articles out there that talk about global warming and how we are destroying the environment, through activities such as burning fossil fuels for transportation, methane emissions from animal production, deforestation, and the overuse of chemical fertilizers on croplands.

Yet, there are even those who believe that global warming is a hoax!

However, there is overwhelming evidence that we are causing serious damage to the environment. While there are many things you can do on a personal level to combat climate change, it is readily apparent that large corporations are disproportionately responsible for the damage being done to our planet!

According to an article from The Guardian, only 90 companies worldwide produce over 2/3 of the planets entire man-made greenhouse gas emissions – that is 914 gigatonnes between 1751 to 2010!

So, who are these environmental offenders? We have a list of five of the worst below:

Topping our list is California-based energy corporation, Chevron. Chevron has contributed 3.52 percent to global warming emissions. After merging with Texaco in 2001, Chevron dumped millions of gallons of toxic waste in Ecuador, spreading toxins throughout the Amazonian rivers and unlined pits. The company was fined $9.5 million — a small price to pay in comparison to the enormous cost to the environment.

Their rap sheet doesn’t begin and end just there. Chevron was fined two million dollars by Angola in 2002 (the first country in Africa to fine a major multinational corporation within its borders) for oil spills, and by the U.S. for violating the Clean Air Act in 2003, for which the company was required to spend approximately $275 million to install and implement innovative control technologies to reduce emissions at its refineries. The company was also responsible for a crude oil spill off the cost of Rio de Janeiro in 2011 for which it was fined $17.3 million by the Brazilian government and for a Refinery in Richmond for which they were fined $2 million after more than 15,000 people sought medical treatment for respiratory problems.

Richard Heede’s paper ranks this oil and gas company as the second greatest contributor to CO2 and CH4 emissions at 3.22 percent of the global percentage. The company is responsible for multiple oil spills throughout the world with the biggest being the Exxon Valdez oil spill (approximately 11 million U.S. gallons) – considered by many to be the number one most damaging oil spill to the environment. It was responsible for over 250,000 animal deaths and billions of salmon and herring egg deaths. Floating oil can sadly still be seen around the coastal areas of this region. The company’s horrific list of other spills are:

Shockingly, the company was also known to fund multiple organizations denying anthropogenic global warming, possibly to defend its position with its oil spills. In 2014, the company released a report acknowledging climate change risk for the first time.

While this company is working to reduce their emissions and footprint on the environment, they are still ranked very high on the list of companies releasing emissions at number three in global percent of emissions at 3.17 percent.

This oil and gas company ranks number four in emissions at 2.47 percent. For their U.S. operations, the company is ranked as having one of the worst safety records of any oil company due to their extensive number of spills and unconcerned impact on the environment. Can we get a round of boos please? (GOOD) Their pathetic record is as follows:

Rounding up the top five is Gazprom – the world’s largest extractor of natural gas with 2.22 percent in global emissions.

Gazprom continued to drill illegally in the Arctic even after its response plan for the Prirazlomnaya oil platform expired, according to Greenpeace. Pricefoil also reported that Greenpeace and WWF unveiled a report written by an independent Russian think-tank – the Informatika Riska Center on assessing the risks of an oil spill in the Pechora Sea.