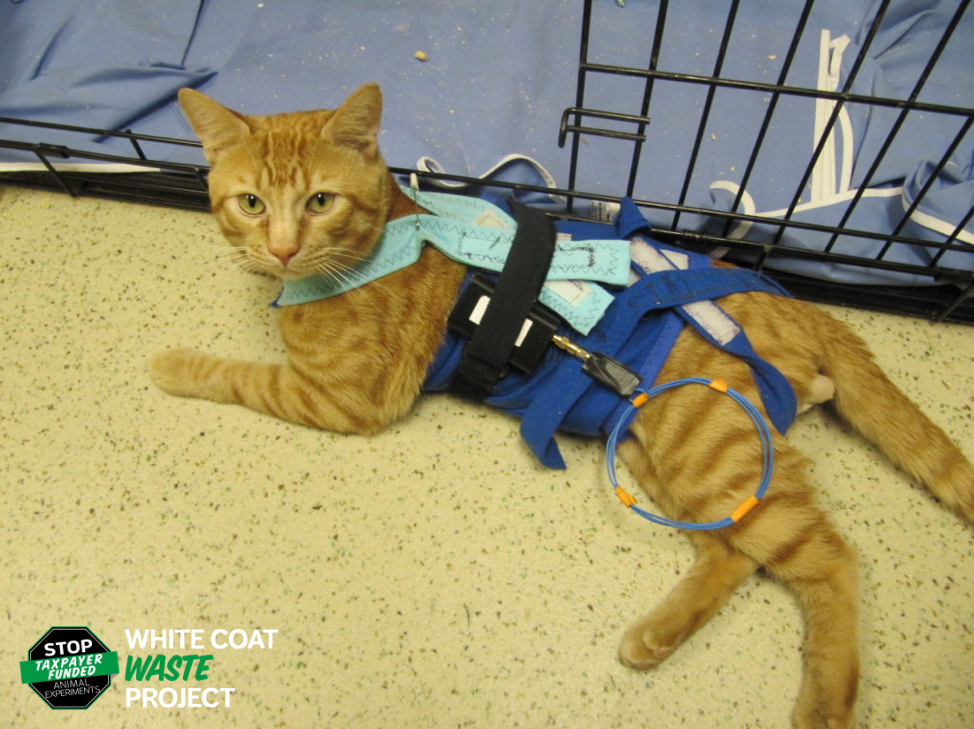 What’s the difference between torture and research? A white coat.

Following recent campaign victories by White Coat Waste Project (WCW), the U.S. Department of Veterans Affairs (VA) is the last federal agency still performing painful experiments on cats and kittens. Its taxpayer-funded “research” at the Louisville VA—one of only two VA cat labs—is the stuff of nightmares, but it’s closer than ever to ending.

Documents obtained by WCW describe how Louisville VA experimenters have wasted over $1 million damage kittens’ spines to disable them. After the kittens are maimed, they are forced to run on treadmills and through obstacle courses. Then the “zombie” experiments begin: parts of the cats’ brains are removed, and their brain stems are severed. While the kittens are unable to respond, experimenters maim their legs, and before they have a chance to “recover,” they are forced to run on treadmills yet again. Then, they are finally killed.

VA white coats in Louisville even kill the “control” kittens, healthy cats who do not undergo any painful experiments. There is no rationale for killing the controls; it is simply a waste of life — and at $881 apiece, a waste of taxpayer money, too. Up to 80 kittens are slated to undergo this taxpayer-funded torture. 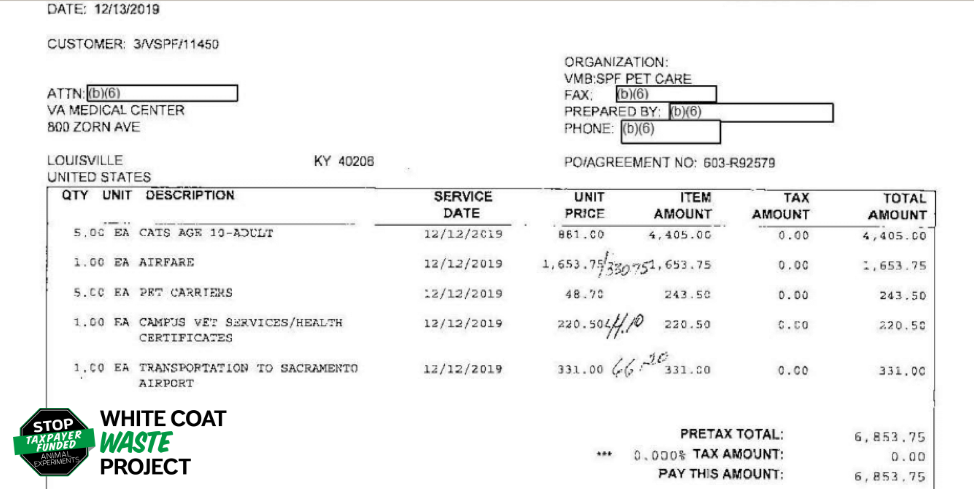 If the previous paragraph was hard to read, we’re sorry…but only a little. Taxpayers should know how our money is being spent (or misspent, as the case may be). As a federal agency, VA experiments are paid for with your tax dollars.

Is this how you want your money spent?

Fighting against Treadmill Torture. Fighting for Taxpayers and Transparency.

Unfortunately, but unsurprisingly, details about experiments at the VA are hard to find. WCW fights tooth and nail for details of taxpayer-funded animal experiments across the federal government, including at the VA. We use Freedom of Information Act requests, and when federal departments and agencies try to hide records or slow-walk their release, we sue, and we win. 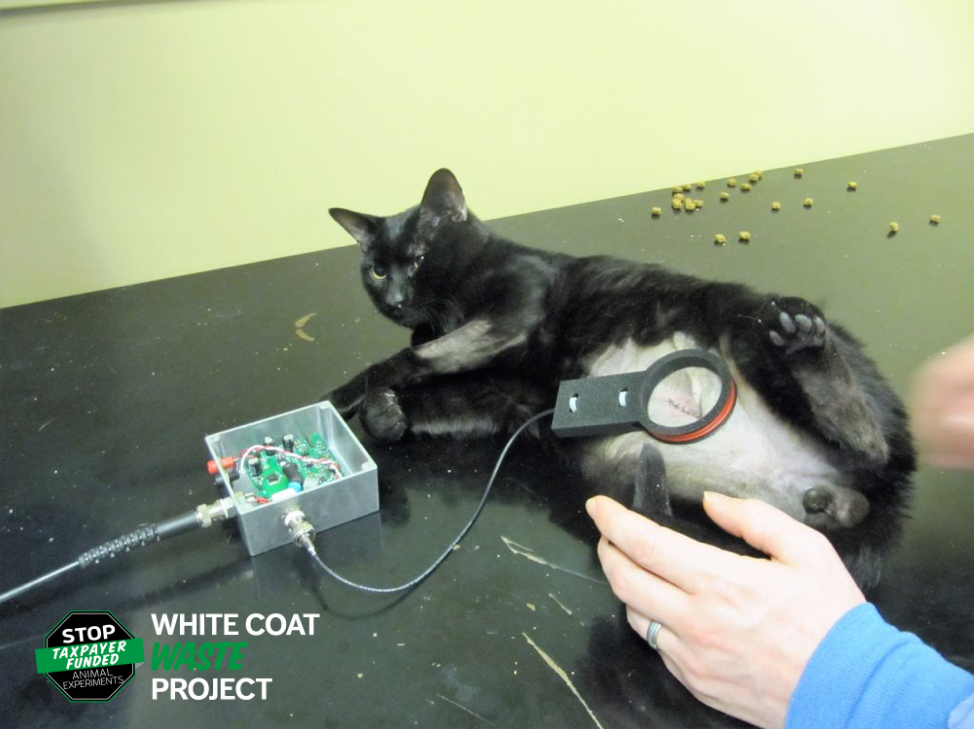 Last year, following WCW exposés and an onslaught of public criticism, the Los Angeles VA ended its deadly brain experiments on cats and the Cleveland VA ended its “catstipation” experiments.  Additionally, bipartisan legislation has been introduced in Congress to defund all VA kitten experiments.

Most significantly, our exposés of barbaric animal tests at VA facilities nationwide helped inspire Congress to enact a phase-out for experimentation on dogs, cats, and primates at the Department of Veterans Affairs, with very limited exceptions, by 2025. To date, WCW’s efforts have cut the VA’s dog testing by nearly 80 percent.

While the VA’s 2025 deadline to cut cat testing is admirable, there is an opportunity right now to end a huge amount of government waste and taxpayer-funded cruelty to cats even sooner than that. Funding for the cruel and wasteful kitten experiments at the Louisville VA is due to expire in March 2022. It must not be renewed — because when the money stops, the killing stops.

Over a million tax dollars have already been wasted on these abhorrent kitten tests. Enough is enough.

Join White Coat Waste Project and urge your Members of Congress to defund the VA’s wasteful and deadly kitten experiments!